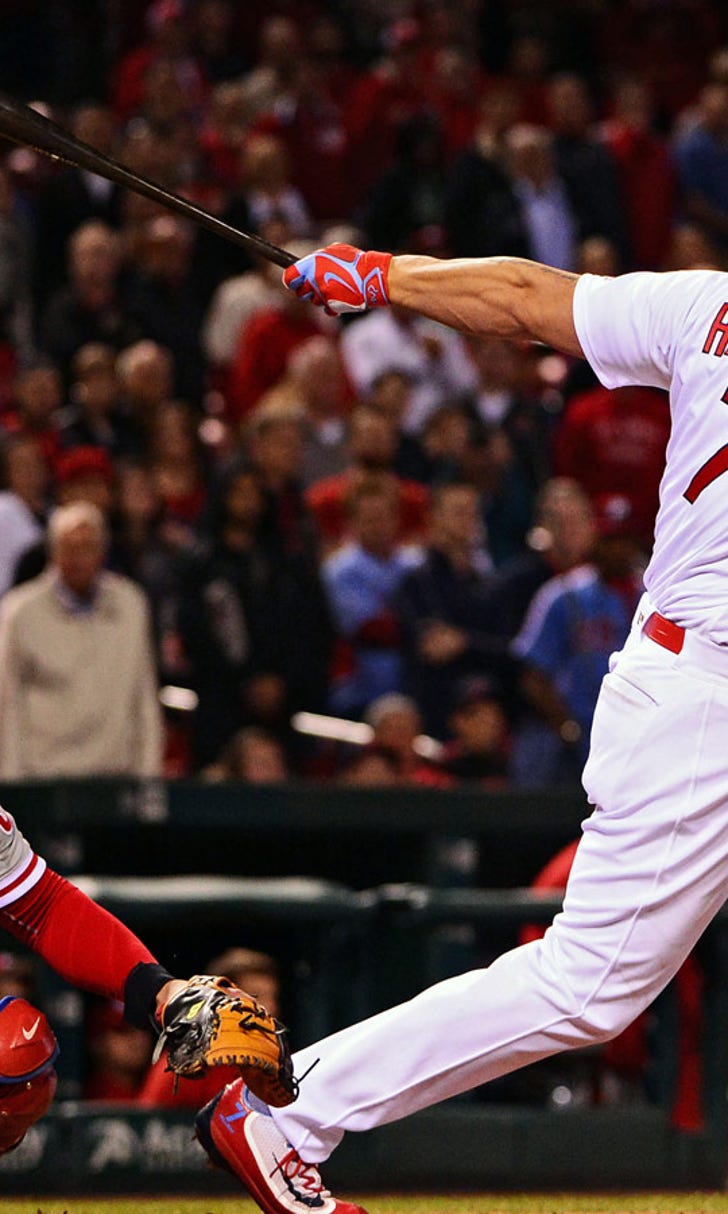 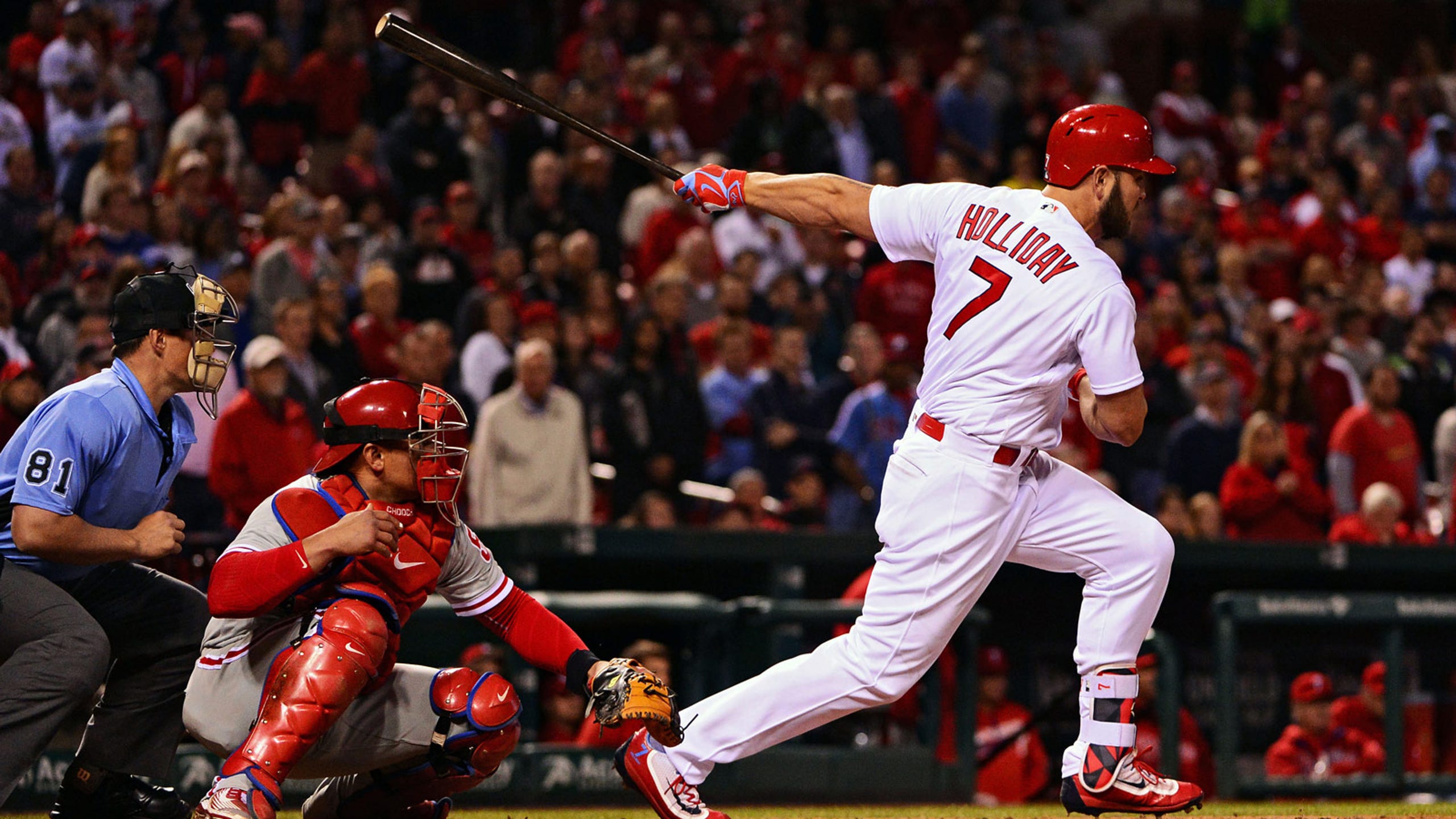 Cards hope to build on momentum against Phillies 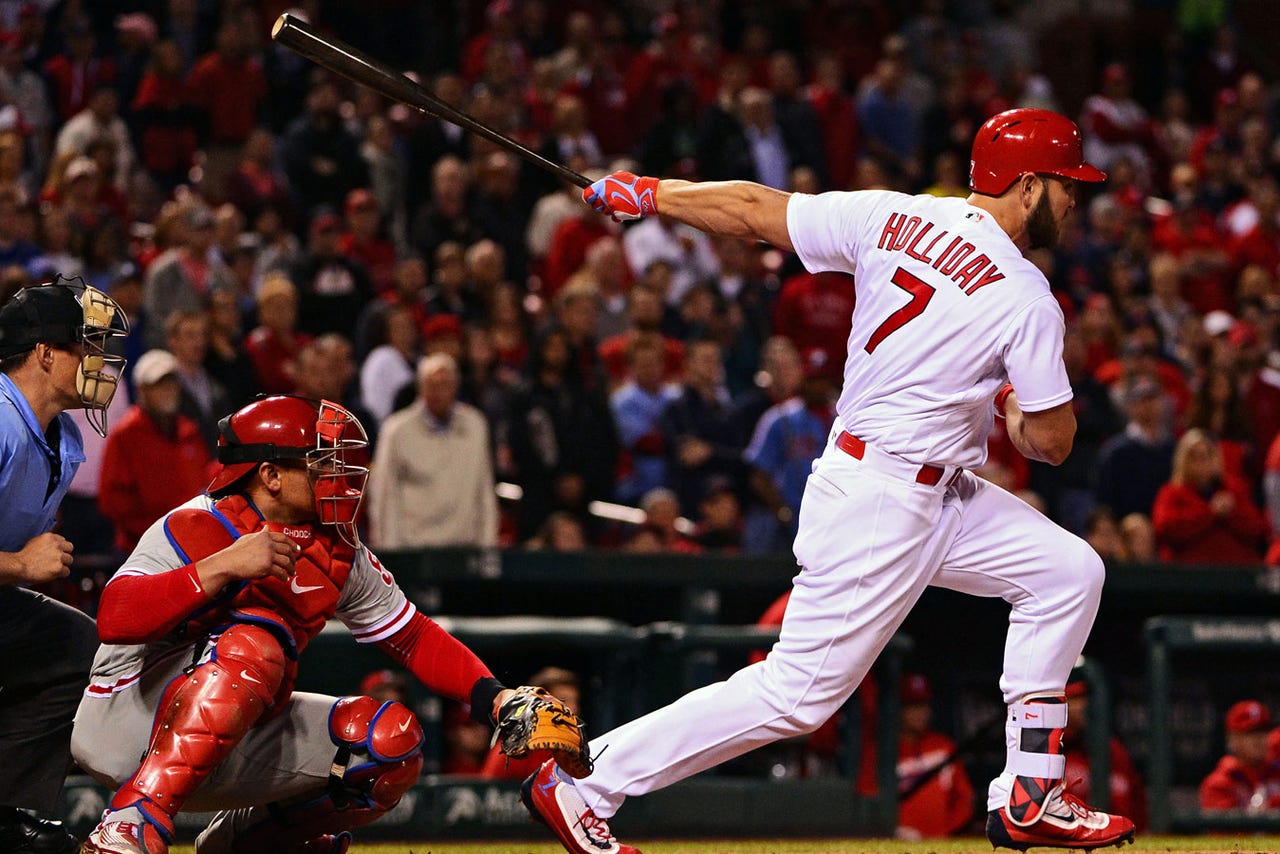 It wasn't a surprise that Stephen Piscotty came through ahead of Matt Holliday's walk-off single in a victory the St. Louis Cardinals hope sparks a turnaround.

A bright spot during the club's recent offensive slide, the right fielder will try to help St. Louis take three of four from the visiting Philadelphia Phillies on Thursday.

The Cardinals totaled six runs while hitting .186 in losses during a 1-5 stretch and appeared to be headed to another defeat down 4-3 in Wednesday's ninth inning. They instead loaded the bags before Piscotty's tying hit and Holliday's winning single. 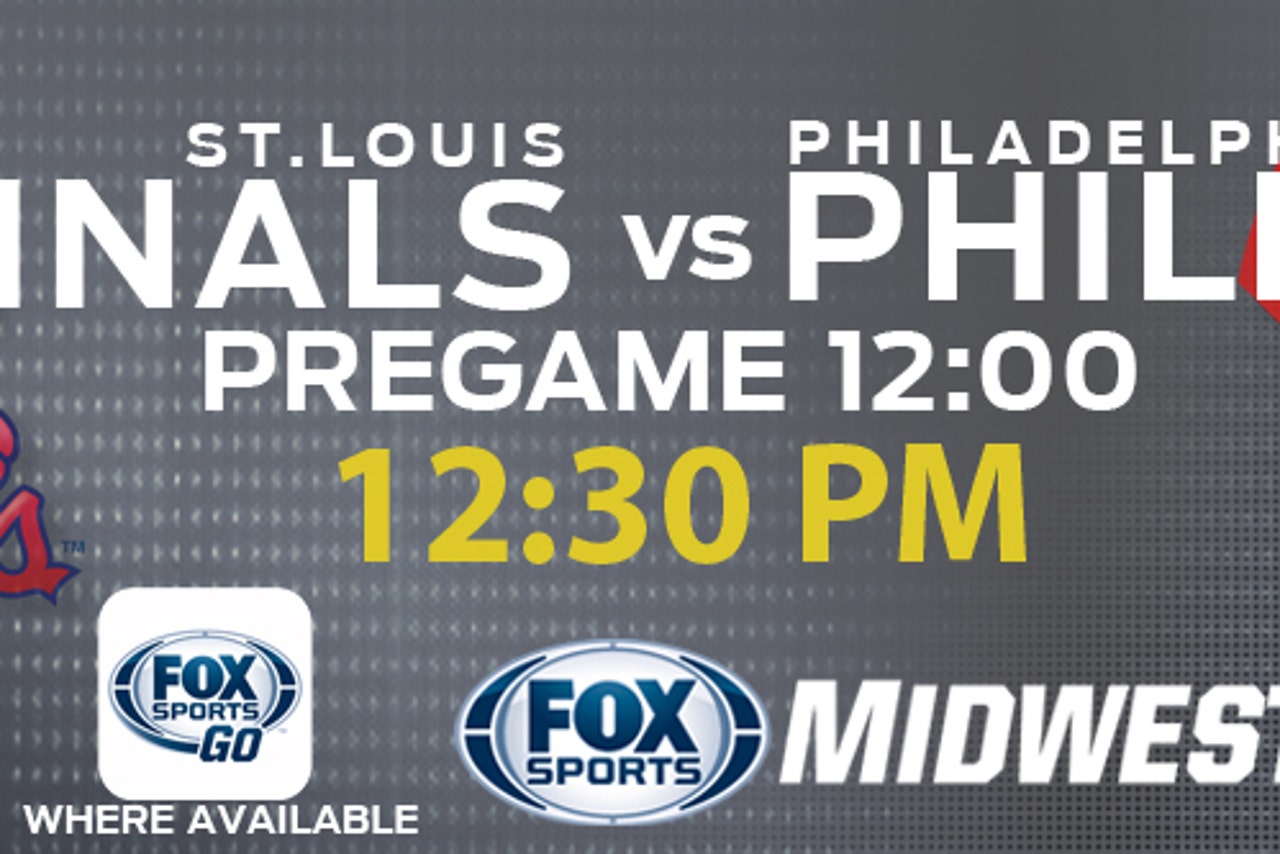 Piscotty has gone 6 for 14 with a double and three RBIs in this series and he's hitting .373 with two home runs, five doubles and 10 RBIs over his last 14. Holliday had only his fourth multihit effort after going 2 for 15 over his previous four.

"It's, I think, a great example of the fight in this team to not let a 4-0 lead get us down and to fight right back so that's a big win," Piscotty said. "That's a confidence booster. We're going to hopefully keep that momentum going."

Now Piscotty will try to help inconsistent St. Louis (14-14) put up some runs as it chases its first consecutive victories at Busch Stadium since April 14 and 15.

The Cardinals will get their first look at right-hander Jerad Eickhoff (1-3, 4.15 ERA), who has three quality starts in his last four. He settled for a no-decision Saturday after allowing three runs over six innings in a 4-3 win over Cleveland.

The Phillies aren't exactly tearing it up offensively, hitting .219 while scoring four runs or fewer in each of the past nine games. The pitching staff has stepped up with a 2.72 ERA over the past eight contests, but the let them down late Wednesday.

"For me, our team had battled all game and to have a blown save you feel bad because the whole team played hard," closer Jeanmar Gomez told MLB's official website. "You think about the mistakes you made and try not to do it the next game."

Given the way Ryan Howard is swinging in his hometown, manager Pete Mackanin might be tempted to give him a rare start versus a lefty. The slugging first baseman homered for the only run in Tuesday's 1-0 win and added a three-run shot Wednesday.

Howard is batting .331 with 13 homers and 43 RBIs over 37 games at Busch, but could be sat down against southpaw Jaime Garcia. Howard is 2 for 12 with one homer off lefties and 3 for 15 with one long ball and eight strikeouts lifetime versus Garcia.

"I have to make better pitches in tough situations," Garcia said.

Odubel Herrera went 2 for 4 with his third homer Wednesday when Philadelphia dropped two of the first three in this series following a 9-1 stretch. He ranks among MLB's leaders with a .454 on-base percentage and is batting .421 over his last 11.