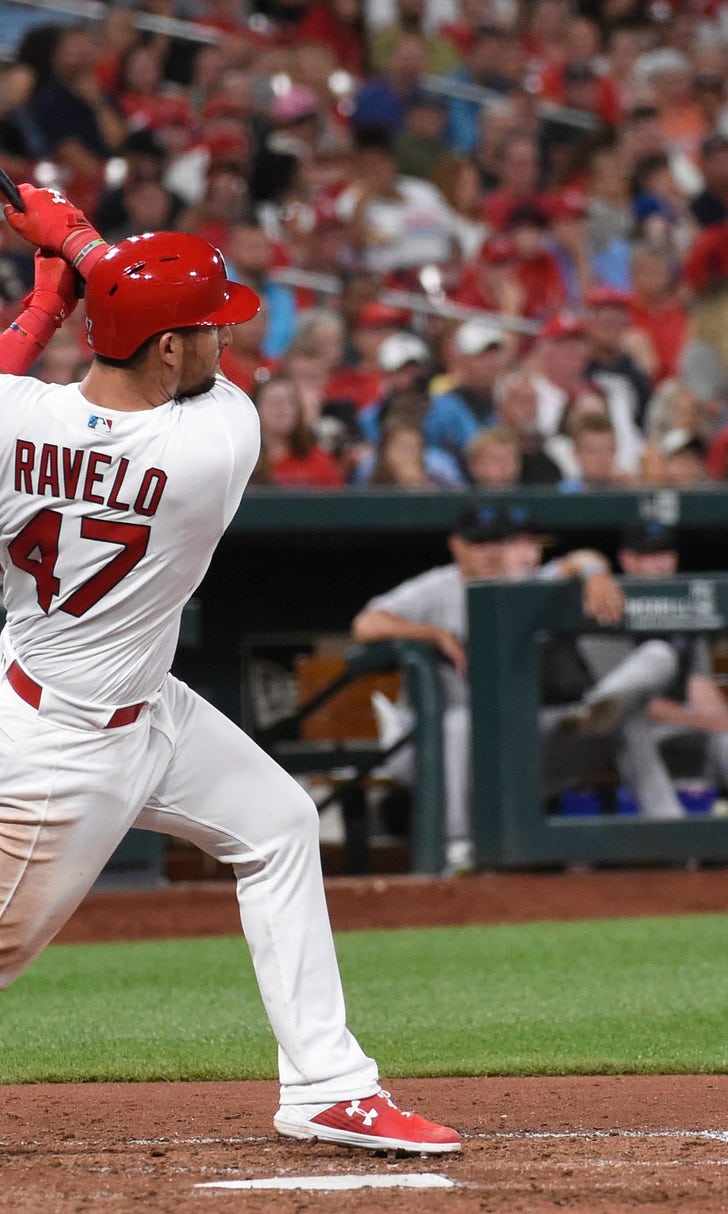 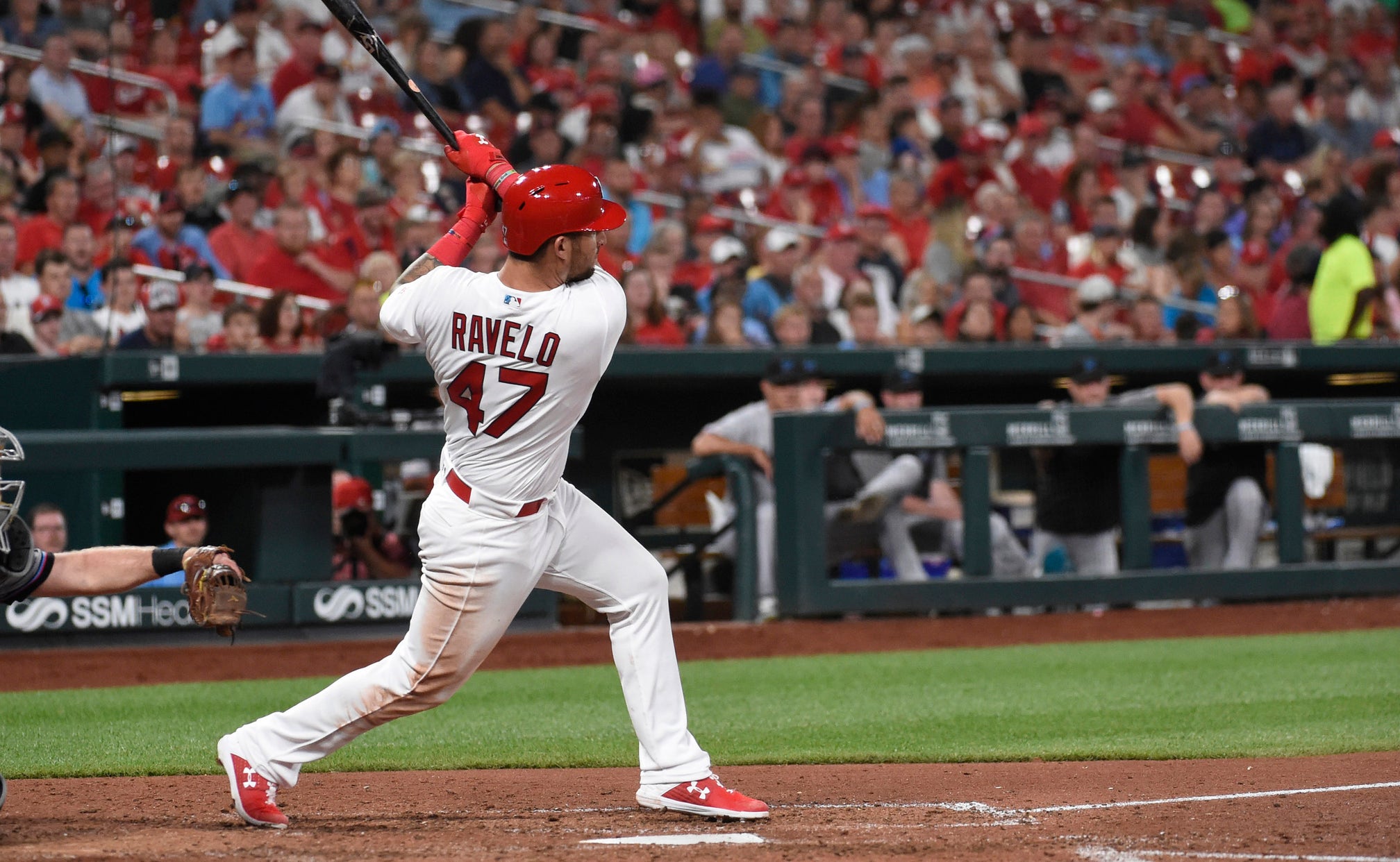 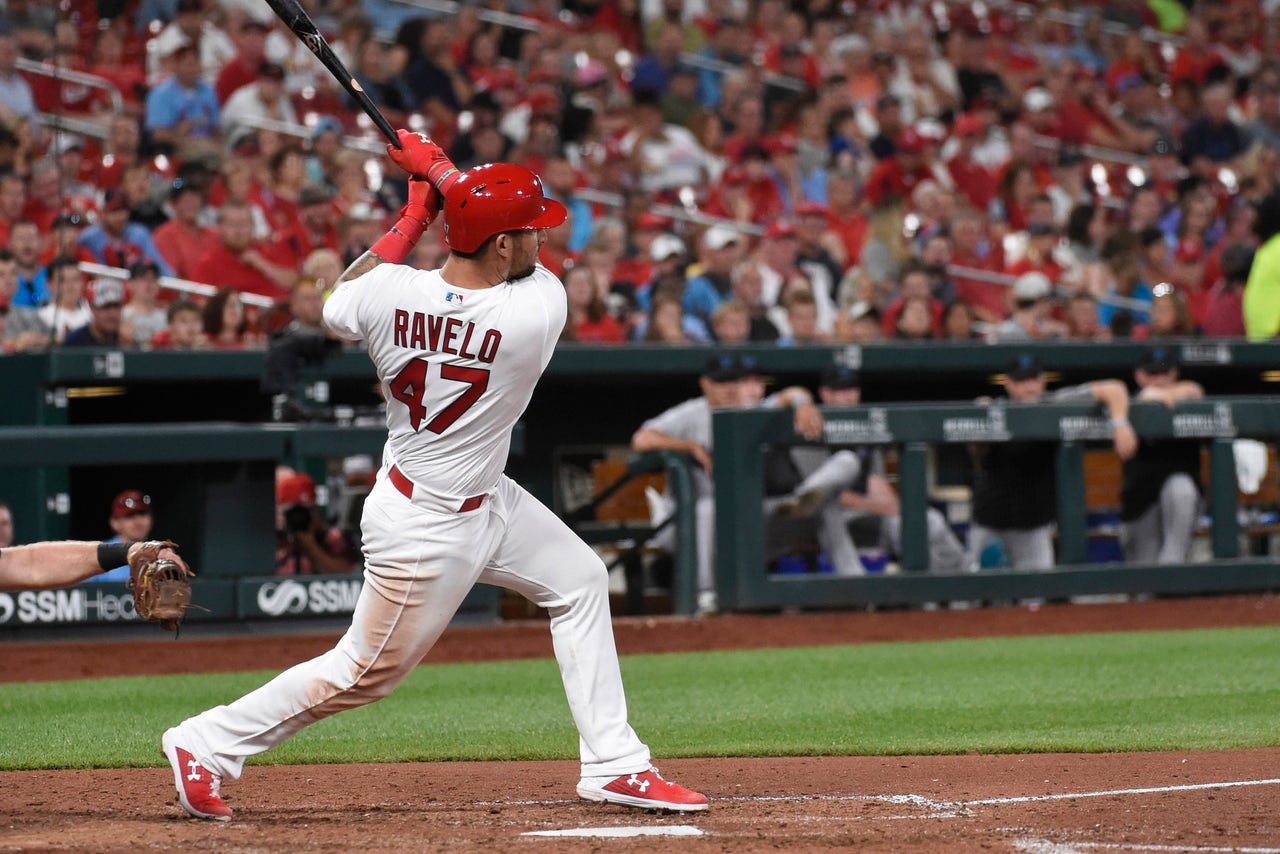 SAN FRANCISCO  – The St. Louis Cardinals recall Rangel Ravelo from the minors and option Lane Thomas to Memphis on Friday.

Ravelo made his Major League debut last month in a four-game stint, going 1-for-6.  Prior to his promotion, he’d appeared in 838 career games in the minors, including tours with the Chicago White Sox and Oakland Athletics organizations.

The right-handed hitting Ravelo is batting .323 (80-for-248) with 9 home runs and 42 RBI in 71 games for Memphis, ranking 11th in the Pacific Coast League in batting.  He has a team co-leading 18 doubles in addition to a .914 OPS that leads all Memphis regulars. Ravelo had a 19-game hit streak earlier this season (May 2-24) that was one-game shy of the Memphis franchise record.