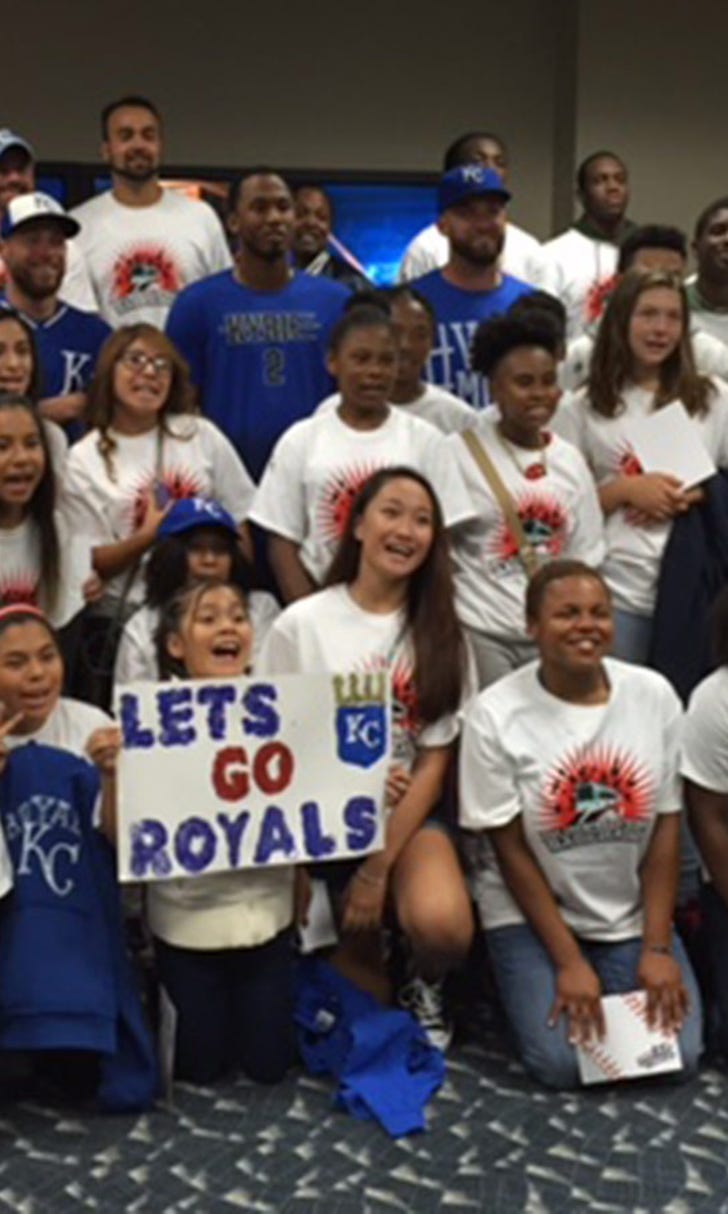 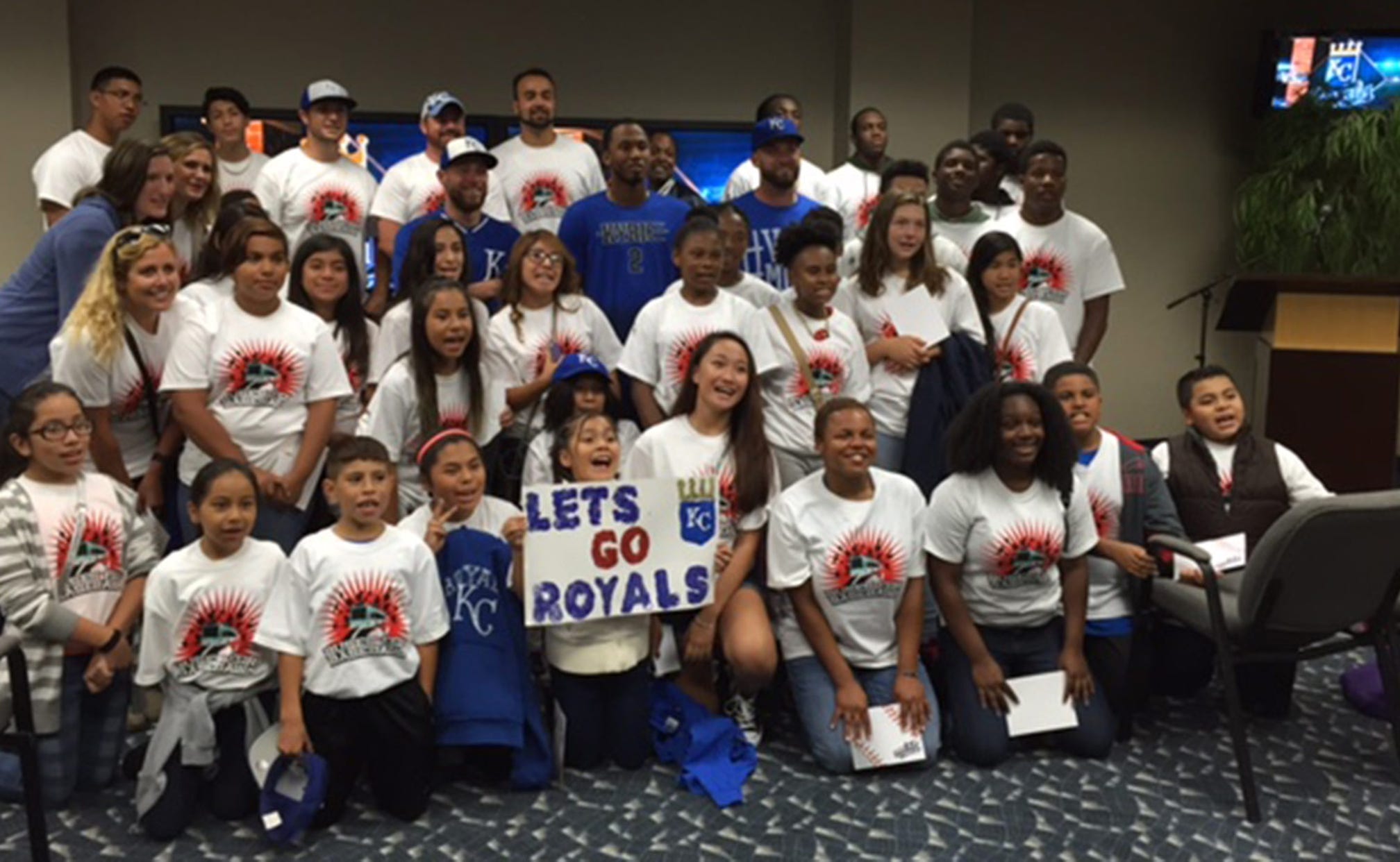 Buses for Baseball brings kids to The K 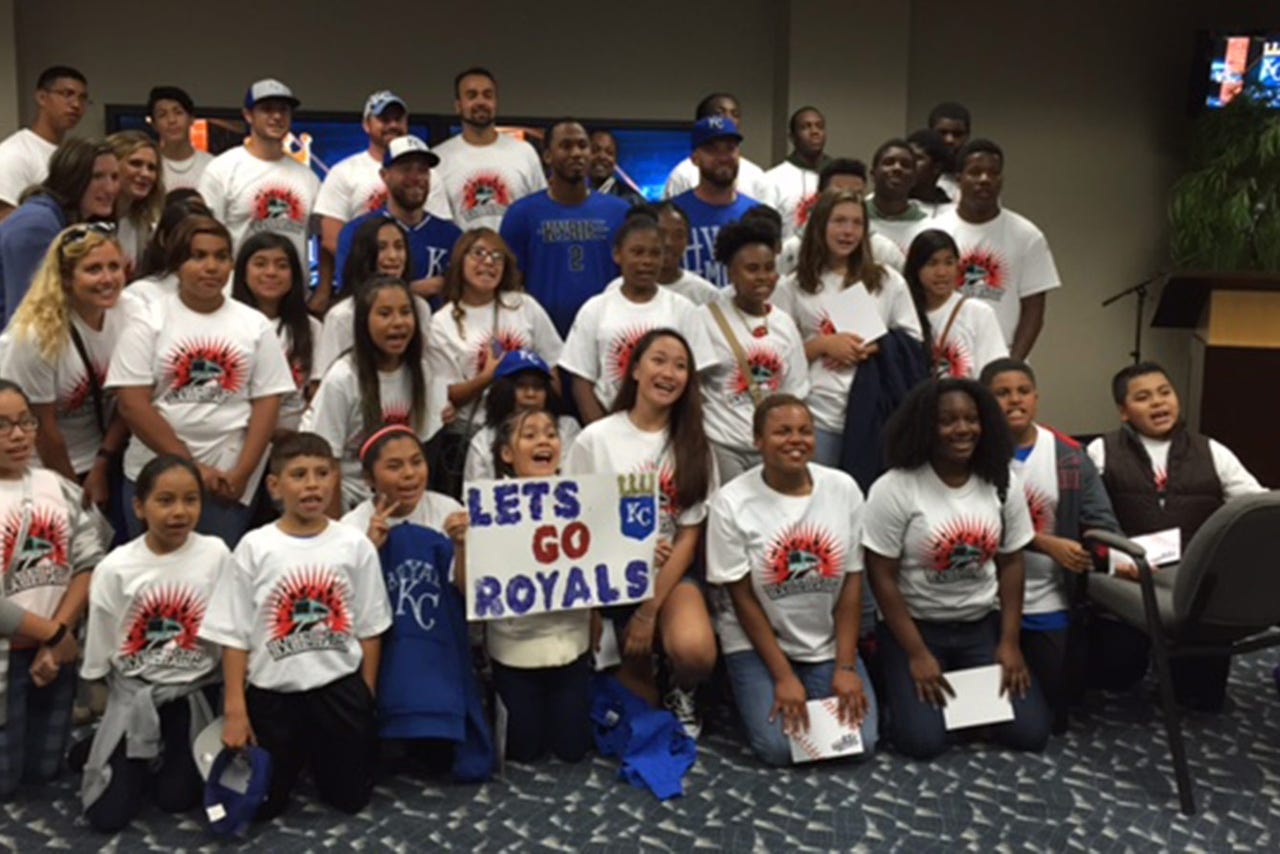 Upon arriving, the kids received a tour of Kauffman Stadium that included a trip to the field. They also met and asked questions of Royals All-Star shortstop Alcides Escobar, starter Danny Duffy and closer Greg Holland.

The kids who rode the Fan Express are among 750 nationwide who are getting a ballpark experience as guests of the players via the Buses for Baseball program. As the invited guests of the players, groups of children receive free transportation, T-shirts, tickets and food vouchers and are personally greeted by the players, who sign autographs and pose for pictures.

The Police Athletic League offers young people the opportunity to interact with police officers in a positive setting while participating in cultural, mentoring and sports programs with an emphasis on academics.