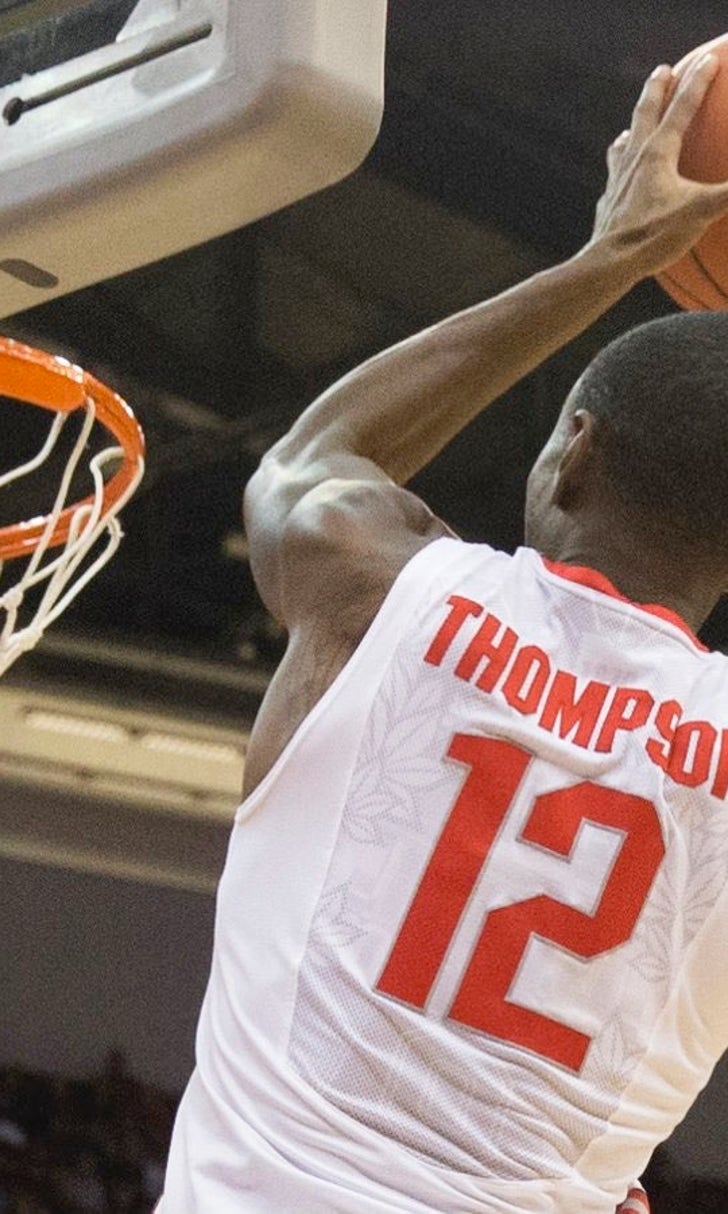 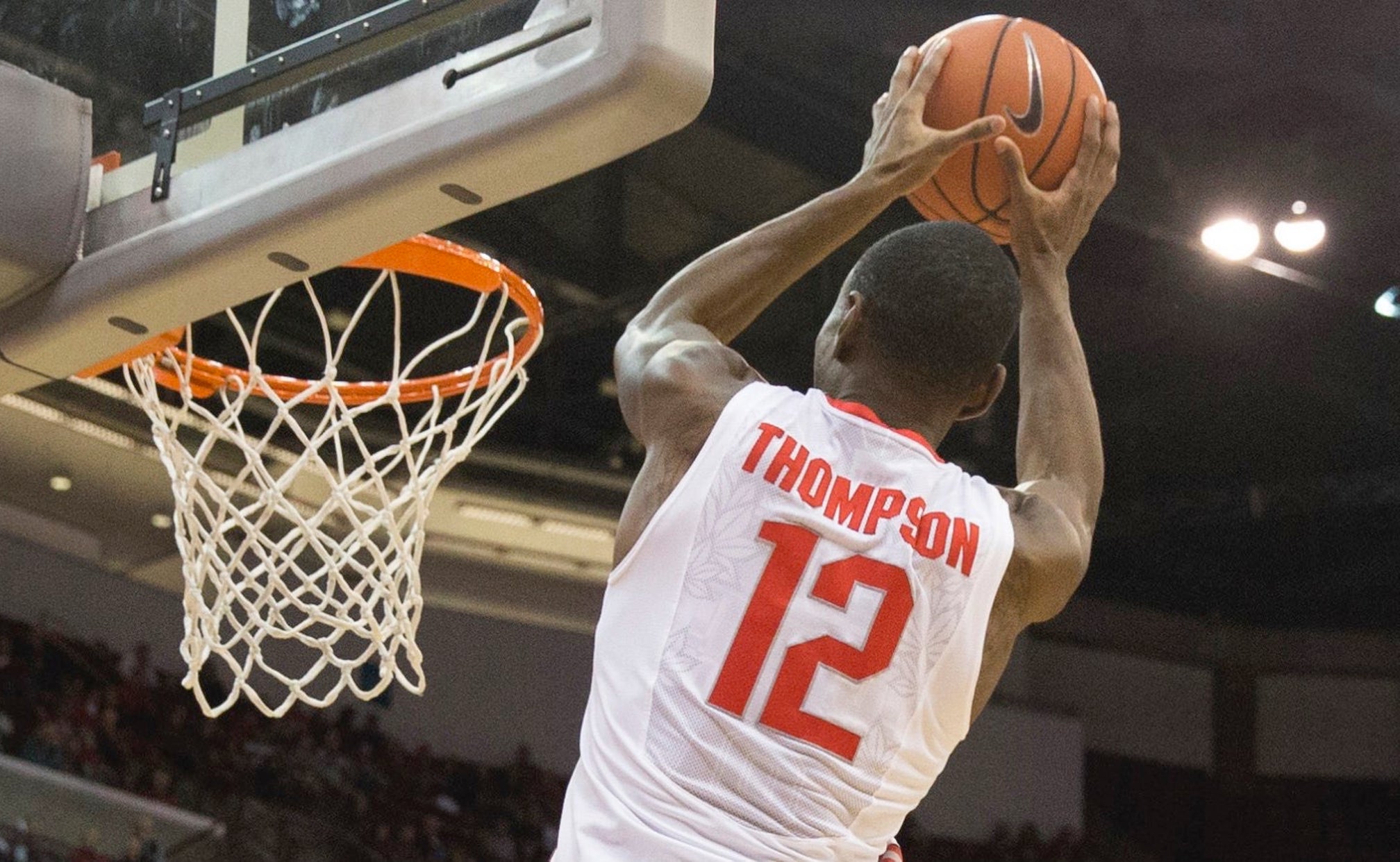 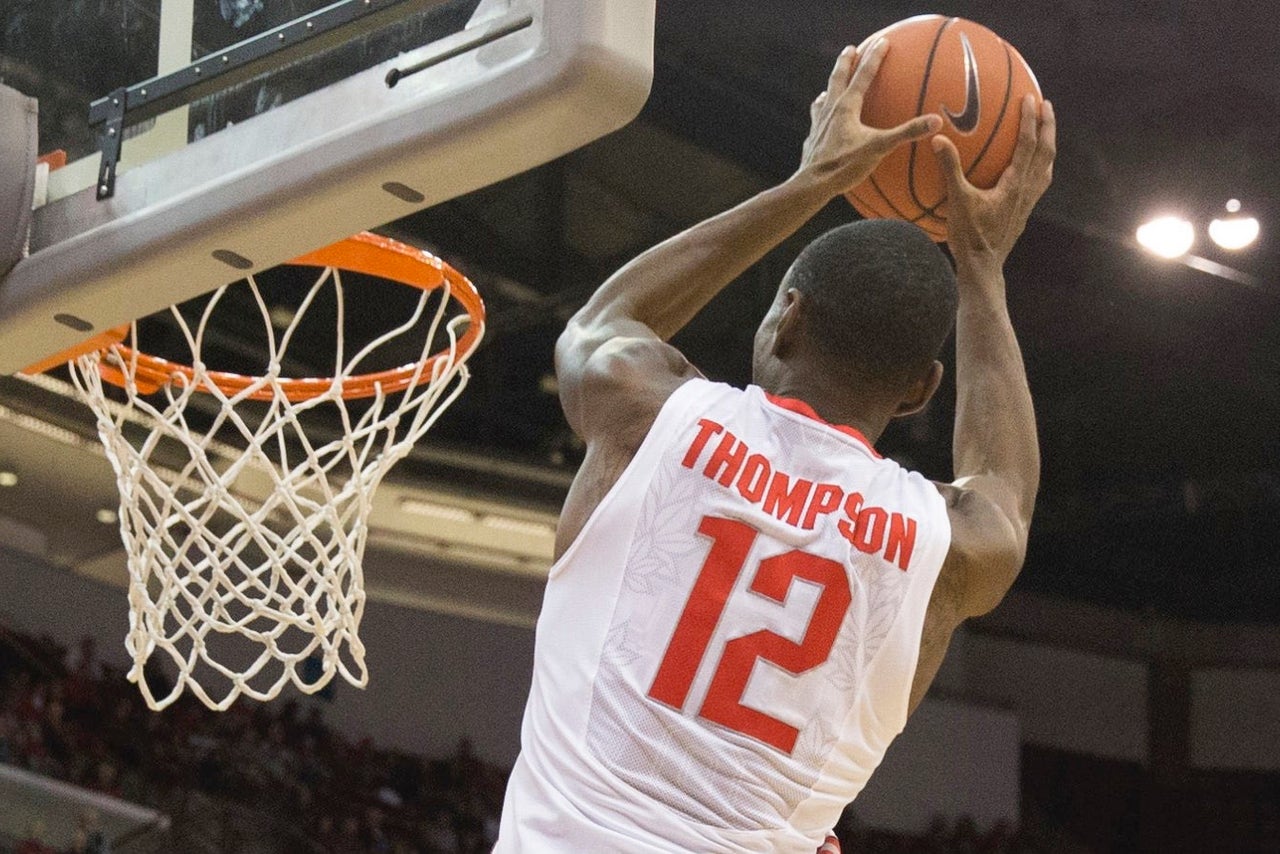 COLUMBUS, Ohio (AP) -- After the game, Shannon Scott handed out cookies. During it, he dished out assists.

"That was a heck of a performance by our starting backcourt tonight," coach Thad Matta said.

Russell's total tied the second most for a freshman at Ohio State, trailing only Jared Sullinger's 40 points (along with 13 rebounds) against IUPUI in 2010.

Scott had 11 points to go with his assist total, which broke Aaron Craft's team mark, while Jae'Sean Tate and Sam Thompson each had 12 points, Keita Bates-Diop 11 and Marc Loving 10. The Buckeyes (3-0) shot 57 percent from the field. Trey McDonald chipped in with 14 rebounds.

"They remind me of some of the UConn teams that led the country in blocked shots three or four years (ago)," said Sacred Heart coach Anthony Latina. "Because they're long at every position. They're not just big. I know Kentucky's front line is bigger than half the NBA teams but these guys may be one of the few programs in the country that can match Kentucky's length."

Scott, a senior who in his first three years was often cast in the shadow of backcourt-mate Aaron Craft, has 41 assists so far.

"It doesn't mean a lot," he said of the assist record. "It's good to say you have it. But I can't really (hang) my hat on that. We want to win a lot more games."

It's early but Russell, an acclaimed first-year player out of Louisville, Kentucky, is averaging 18 a game.

"I honestly didn't know who the opponent was," he said. "I just prepared the best way I could and told myself whoever was guarding me I was going to destroy."

The Buckeyes led early and never looked back. Russell had 17 points at the break and then hit three consecutive 3-pointers in the opening minutes of the second half.

QUOTE OF THE GAME: "This is (an Ohio State) team that can get deep into the NCAA tournament," Latina said. "Fortunately for Sacred Heart we don't have to be better than Ohio State to have a good year. Because if that was our goal, it would be a long year."

BROKEN RECORD: Craft had 15 assists -- the official Ohio State record dating to 1986 -- in the third round of the NCAA tournament in 2010 against George Mason.

Sacred Heart: In a 71-53 win over Hartford in the season opener, the Pioneers were 29 of 43 from inside the arc and just 1 of 8 on 3s. But against the Buckeyes, and with only one player taller than 6-foot-7 in their top eight players, they had difficulty getting inside. As a result, they were forced almost exclusively to toss up 3s. They only had one field goal inside the arc by halftime.

Ohio State: The Buckeyes have more home wins (91-8) since the 2009-10 season than any team in the country. That's noteworthy because they are in the midst of a five-game home stand to open the season and play 13 of their first 15 (including their first two Big Ten games) at Value City Arena.

With two new starters, a newfangled zone defense and four freshmen in their rotation, it's a huge advantage to get games under those young belts before they play at tough places in the conference such as Minnesota and Michigan State.

Ohio State: The Buckeyes host Campbell's Fighting Camels on Wednesday night in the second of four games in the Buckeye Classic.