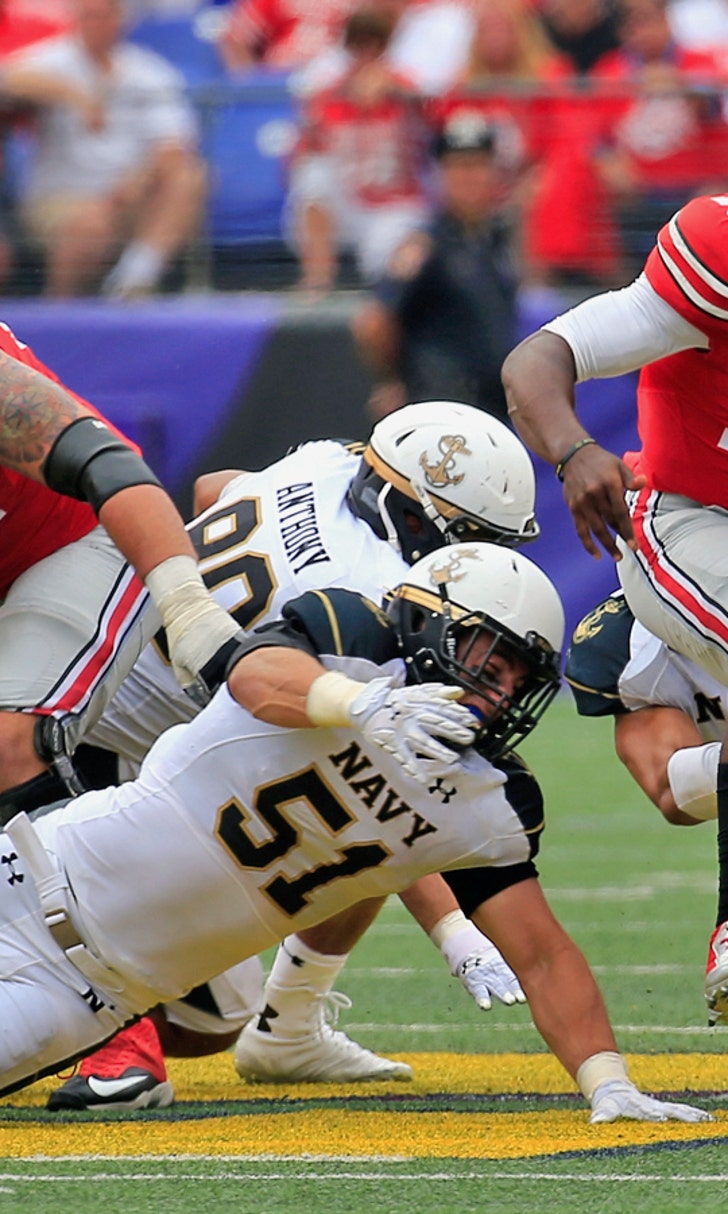 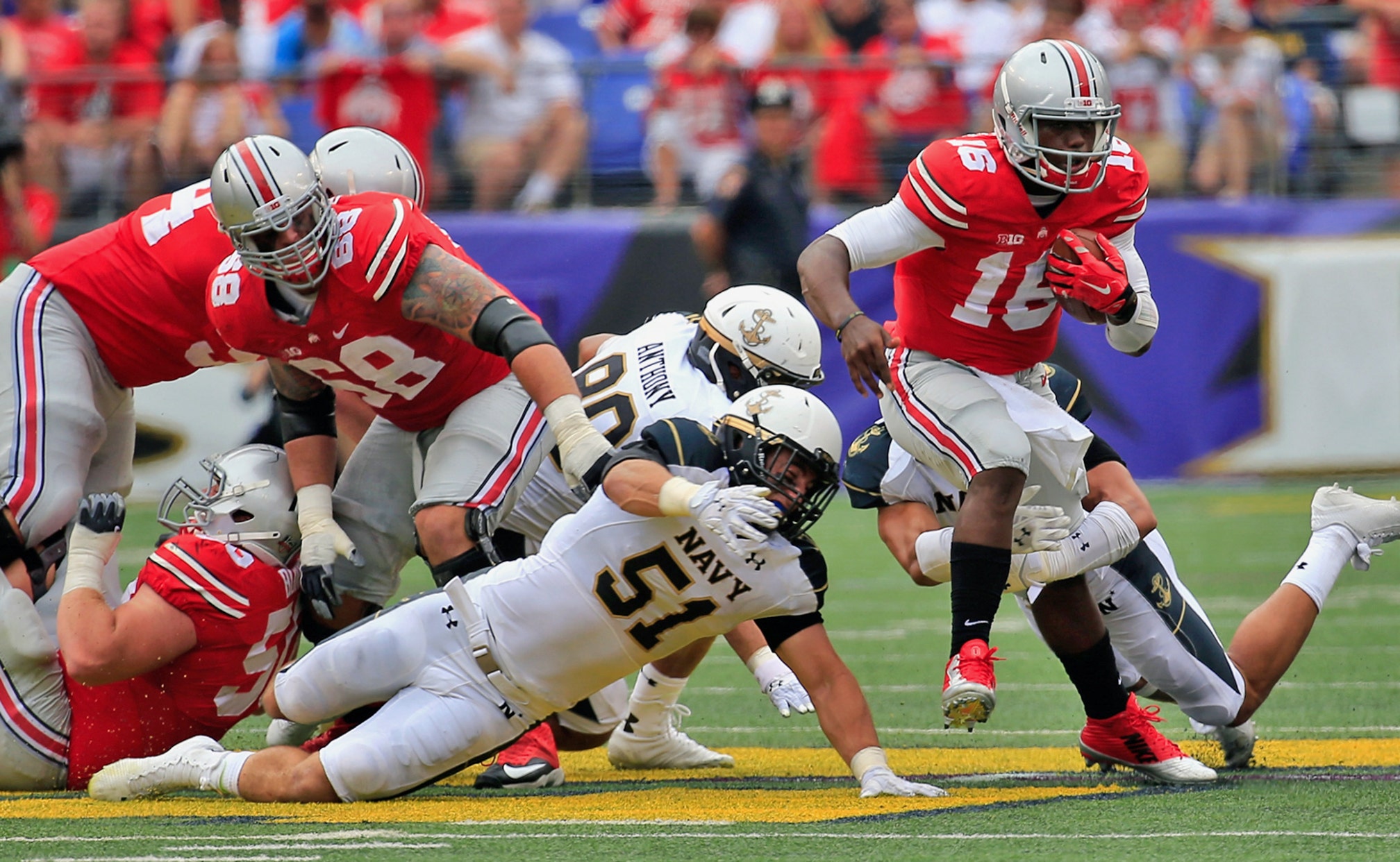 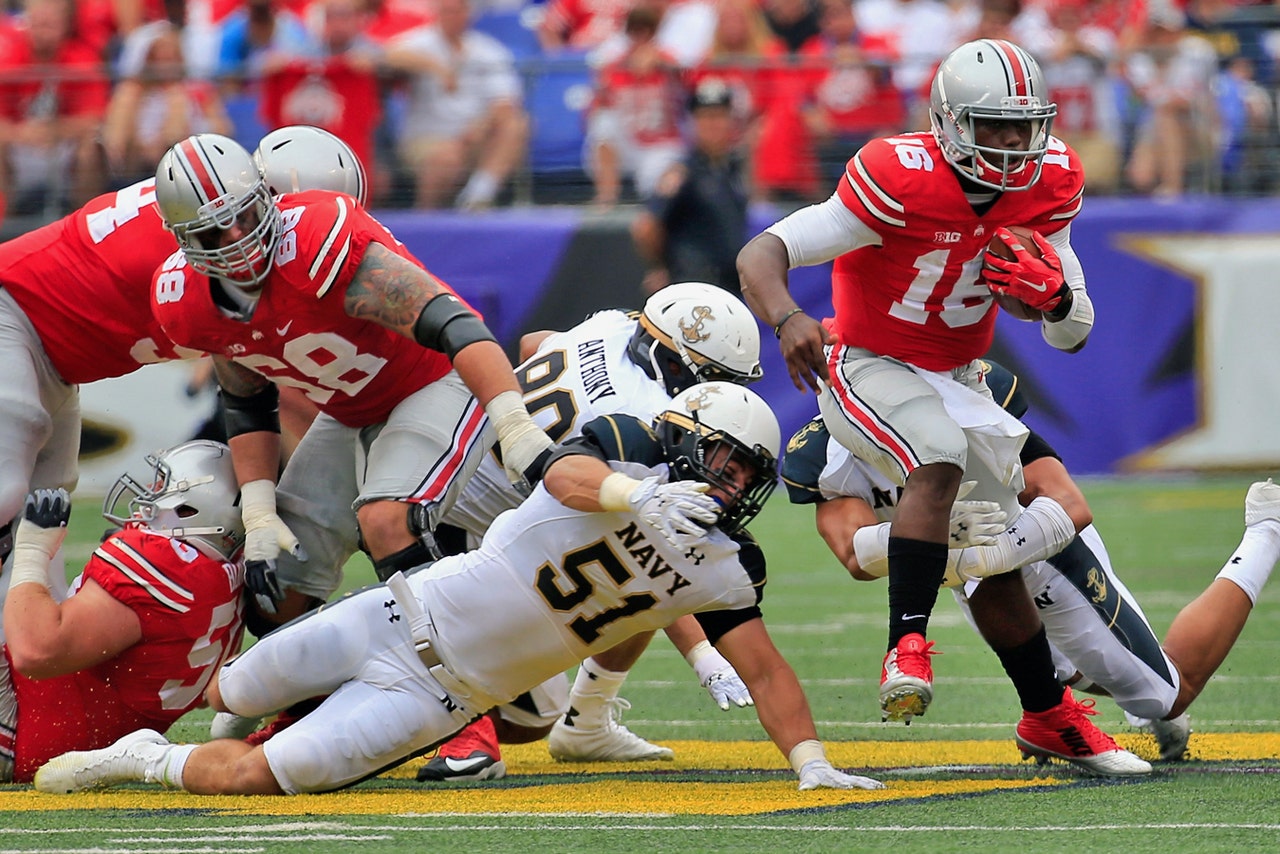 Barrett was named a co-winner of the Big Ten Freshman of the Week honor Monday after throwing for 226 yards on 12-for-15 passing. The Wichita Falls, Texas, native also ran for 50 yards as the Buckeyes beat the Midshipmen 34-17 in Baltimore, Md. The game was Barrett's first start at quarterback for Ohio State since the Buckeyes lost senior Braxton Miller for the season to a shoulder injury.

Sharing the award with Barrett was Penn State wide receiver DaeSean Hamilton, who caught 11 passes for 165 yards (both school records) as the Nittany Lions rallied to edge Central Florida in Dublin, Ireland.