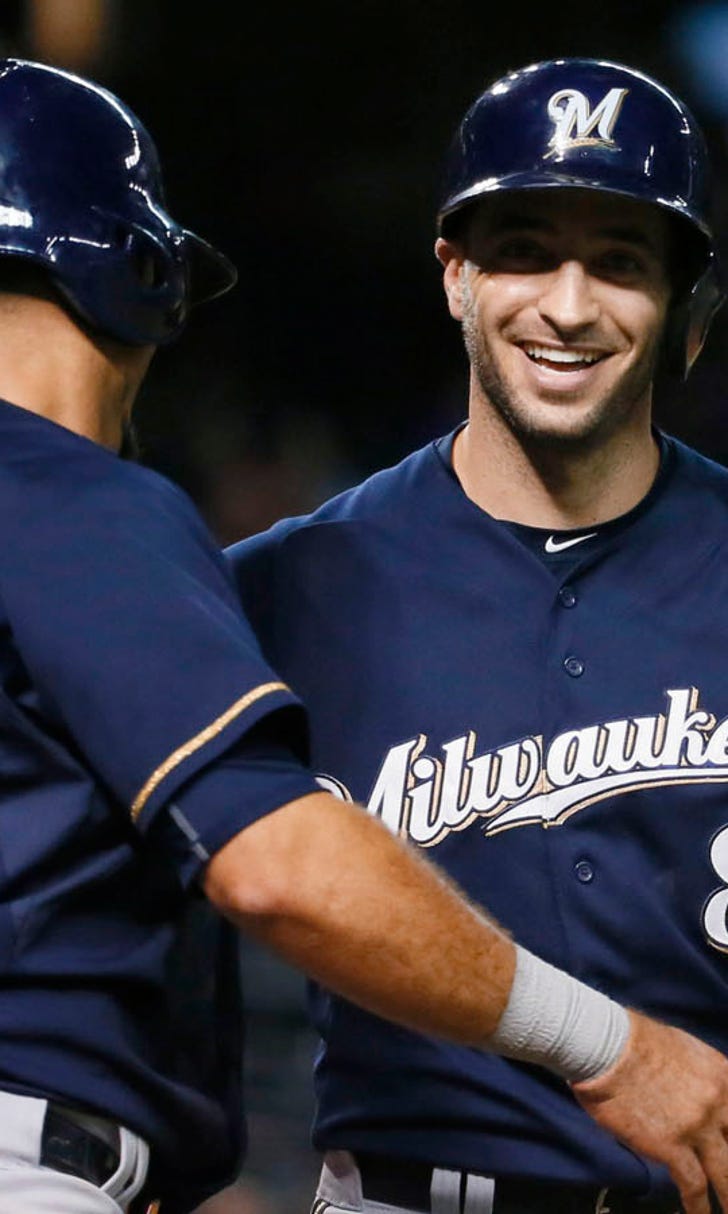 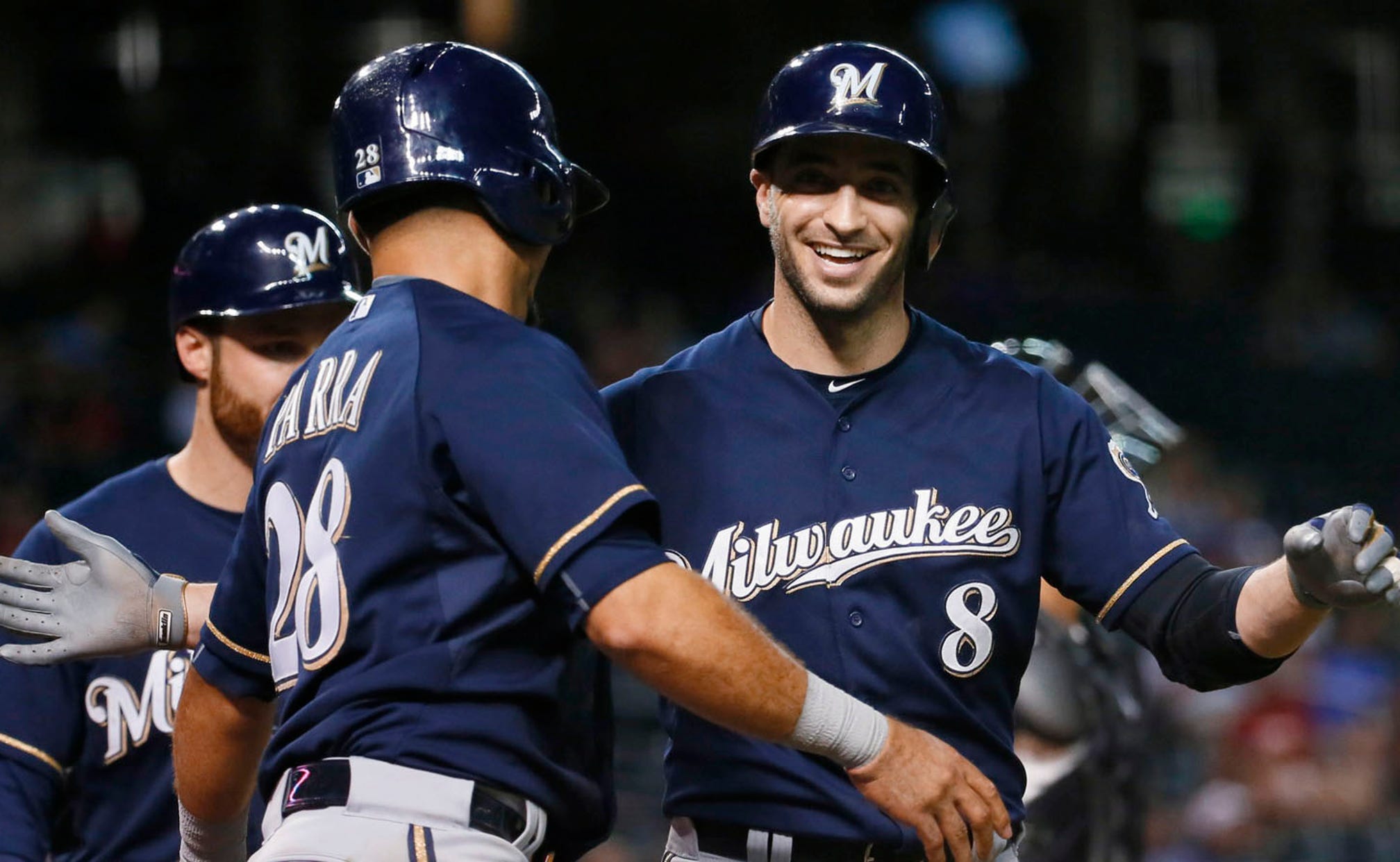 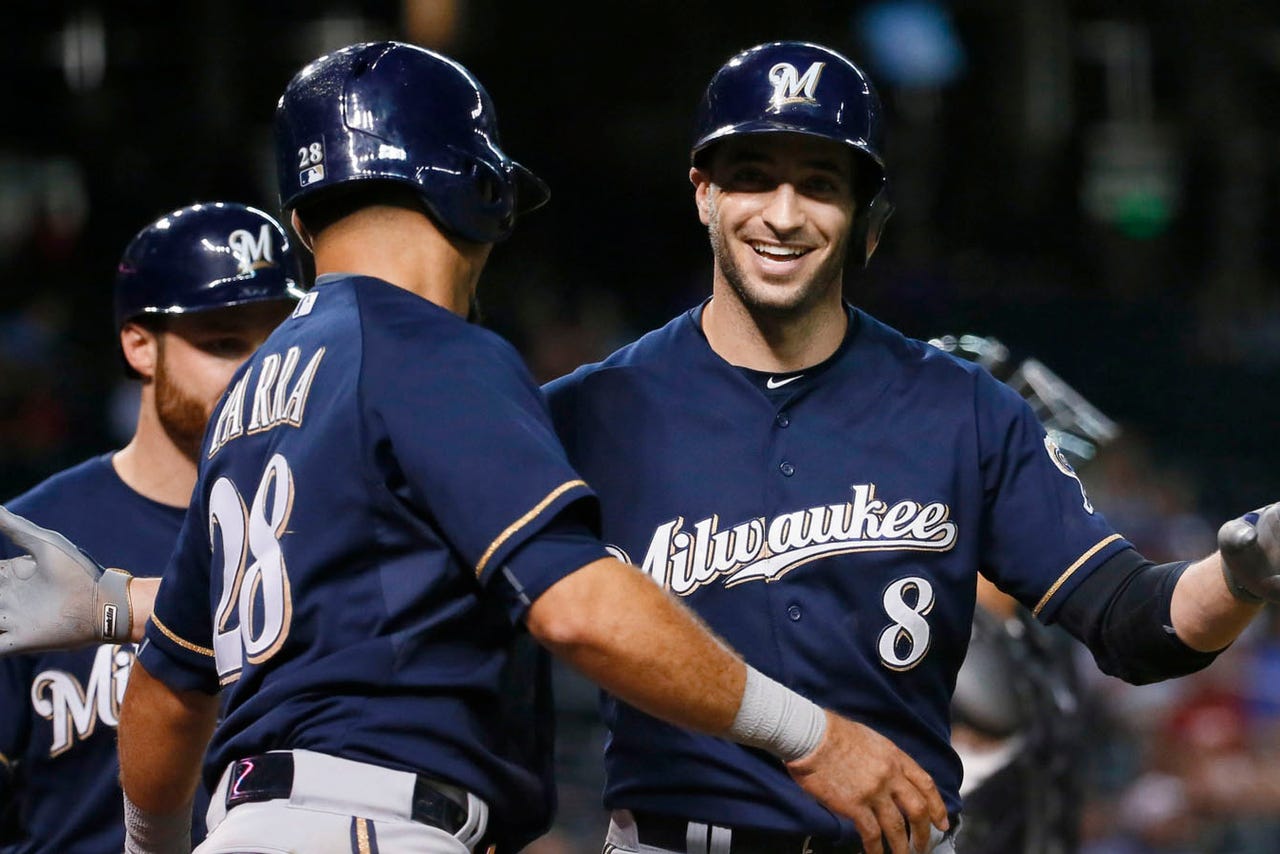 PHOENIX -- For Milwaukee Brewers star Ryan Braun, this spring is offering him a chance to have a role he may not be all too familiar with.

"It's weird to look around the room and realize I'm one of the oldest guys," Braun said with a big smile Thursday. "It feels like just yesterday that I was the youngest guy. Certainly the role changes a little bit. It's something I'm looking forward to."

The 32-year-old Braun spoke of "youthful exuberance" in the clubhouse and the excitement for many players wearing Milwaukee uniforms for maybe the first time.

As for his health, Braun, who had back surgery in the offseason, said he feels good at this point and there are no "limitations."

"I think the plan is to pace myself as far as when I get into a game, but not because there's limitations, just to make sure that we take advantage of the fact that we are out here for six weeks," Braun said.

Brewers manager Craig Counsell suggested he will "gradually increase" Braun's at-bats and innings in exhibition games to the point of being able to play every day come April 4 when Milwaukee hosts the San Francisco Giants in the opener.

"Ryan is going to play opening day in Milwaukee. ... I don't think it's as much a health issue as it is a workload issue on him," Counsell said. "Quite honestly, if he was healthy, I might tell you the same thing. ... He needs very few at-bats, and it's in his best interest not to cross that threshold, in my opinion."

Of the 58 players reporting to big league camp for the first full-squad workout, 33 were not in the organization at this time last year.

Carter, who signed a one-year, $2.5 million contract with the Brewers in January, said the guys have been "really welcoming."

"It's just a matter of getting to know the new faces, and getting to know everyone's name," said Carter, who hit .199 with 24 home runs and 64 RBI in 129 games for the Houston Astros last season.

For Carter, reps at first base will be important defensively for him, and making solid contact with the ball while at the plate.

As for Hill, who turns 34 on March 21, he comes to the Brewers after six seasons with the Arizona Diamondbacks. He hit .230 with 18 doubles, six home runs and 39 RBI last year.

Counsell said earlier this week that Hill is the front-runner at third base, but will compete with non-roster invitee Will Middlebrooks and prospect Garin Cecchini.

Hill said he doesn't bother himself with that, but rather tends to focus on doing his job.

"Me personally, I have a job to do, and that's to go out and do the best that I can do. That should be everyone's mindset," Hill said. "No one in here likes the word rebuilding' because our job is to go compete and leave it on the field."

"So whatever ends up at the end of the year, wherever that puts us, that's great, but a lot of these guys have a great opportunity this year and I hope we take full advantage of it." he said.

Braun echoed his new teammate's thought of 2016 being a "why not us" type year for the Brewers, instead of being labeled as "rebuilding."

"We're not breaking up a team that's had a lot of success over the last few years. What we were doing wasn't working, competing for third place is not a good thing. It's not something anyone should be proud of," Braun said.