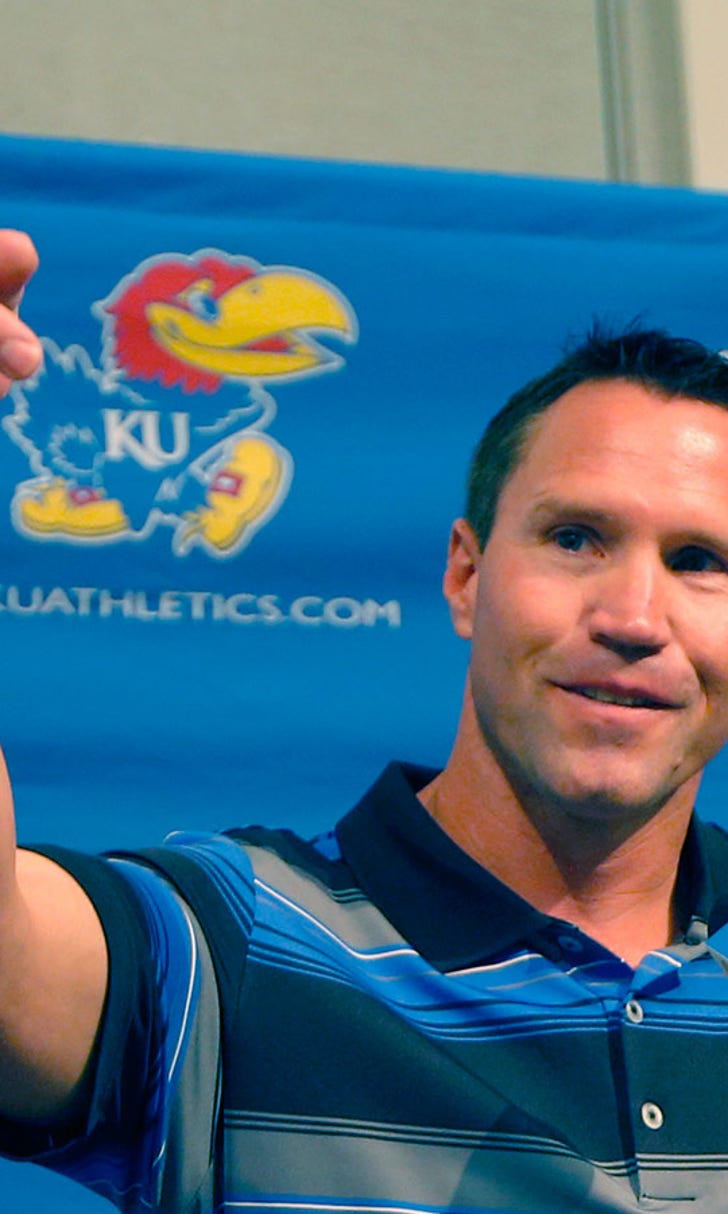 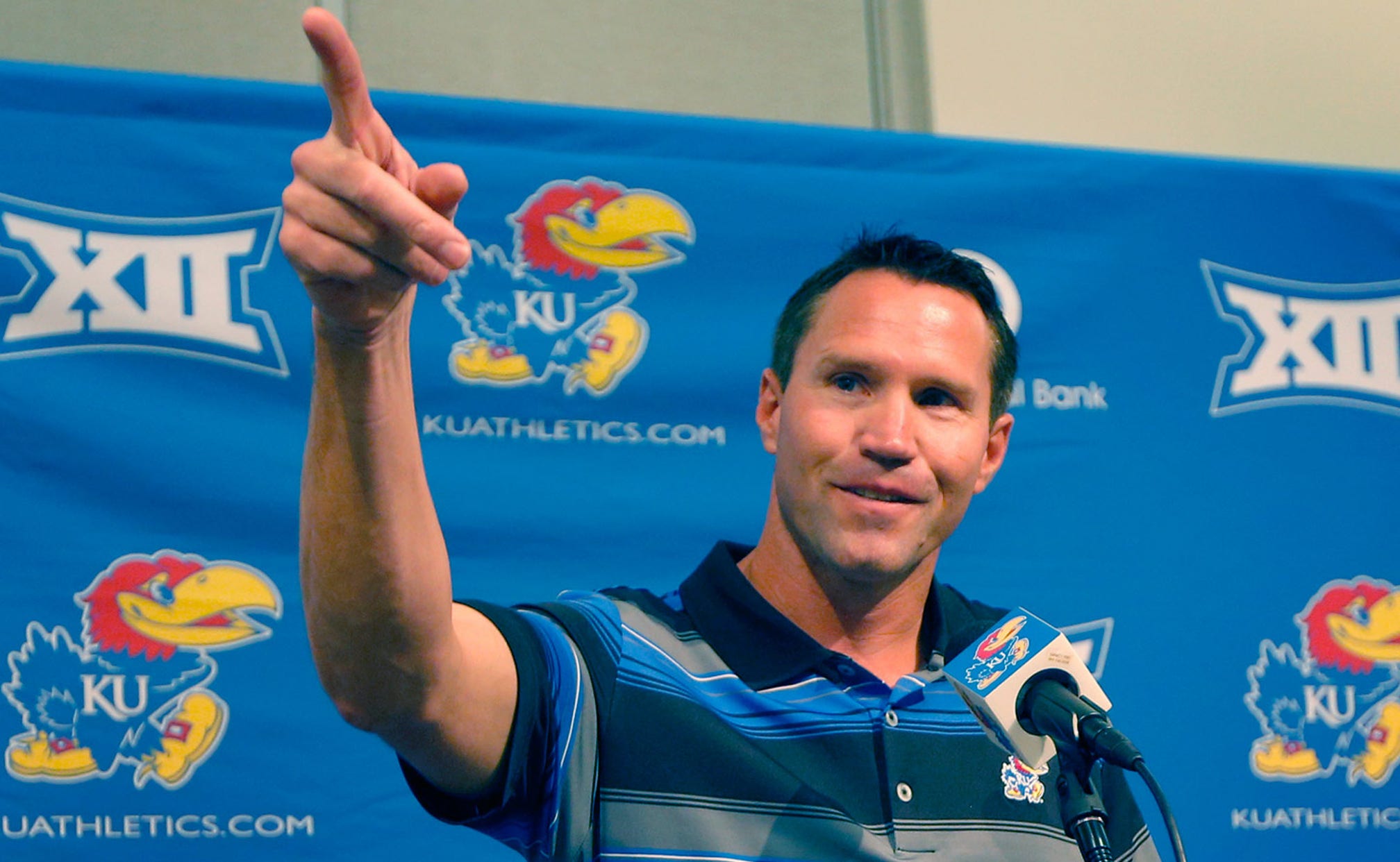 Bowen gets the keys to Kansas' football program 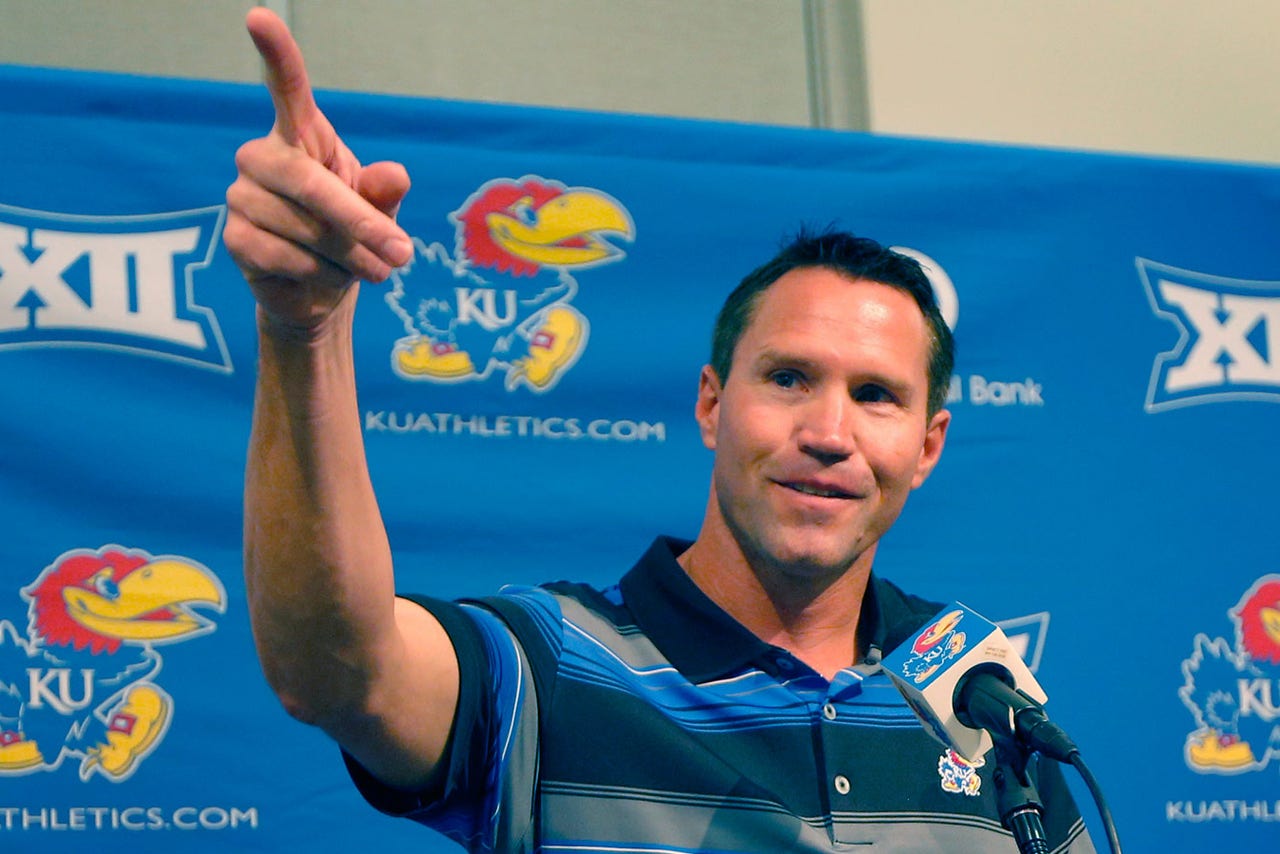 LAWRENCE, Kan. -- Kansas is turning to a native son to usher the Jayhawks through the rest of the season.

In fact, it's hard to get more Kansas than Clint Bowen, who grew up in Lawrence, played for the Jayhawks and has spent many years as an assistant coach on two very different staffs.

"I've never known a day in my life when I wasn't a KU football fan," Bowen said in his first public comments Monday. "I grew up a Lawrence guy, grew up coming to KU football games, so to be standing here today is truly one of the greatest honors I've ever had in my life."

Bowen has officially been part of the Jayhawk family for 24 years, playing for Glen Mason and coaching under Mark Mangino during two periods of relative success. But that same success has been hard to find the past five years, as Turner Gill and Weis struggled to put up wins.

Bowen certainly seems ready to hit the ground running, exuding energy in his first news conference. He said there are specific cornerstones that he holds, and he wants to instill those core elements into the players that he's coaching.

"I have tremendous respect and admiration for the people that came before me," Bowen said. "I have respect for the traditions of Kansas, respect for the values that this University and football program represent. I'm going to spend every day of the next nine weeks trying to instill in our players the value of what that means."

Those nine weeks, which could amount to a job audition, started with the first practice of Sunday. Weis had just been dismissed by athletic director Sheahon Zenger. But rather than players arriving in shock, they arrived with a high level of energy, ready to start fresh. 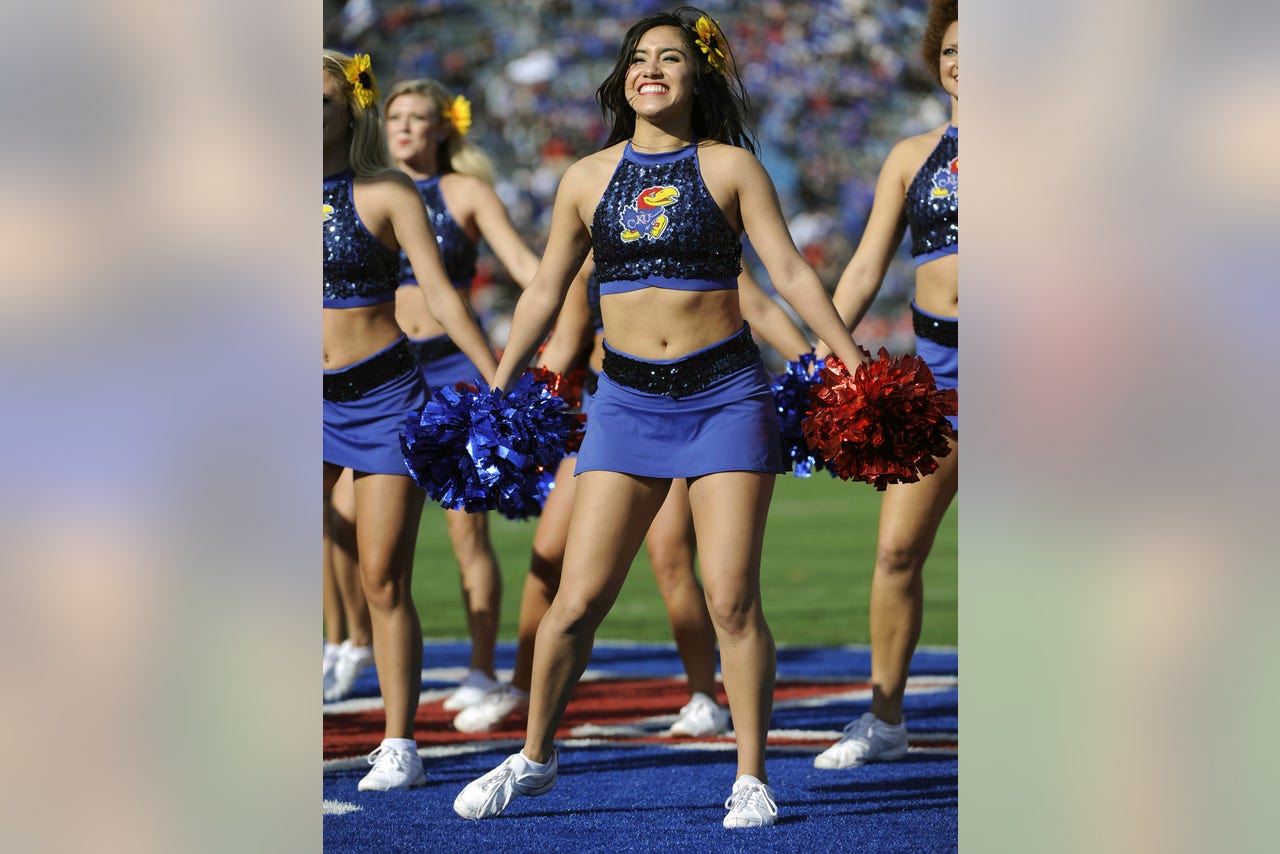 "They were smiling," Bowen said. "They had fun. We had energy. We flew around that thing and felt like the kids were ready to move on. I loved the tempo of practice, which is something that we're going to continue. Urgency is a big word for us right now. Everything we do, we will do it with an urgent mentality."

Bowen is going to avoid changing "the big things" and focus on small changes. One of those that he mentioned was moving offensive coordinator John Reagan back to the press box, where he has a better vantage point of the field.

Another change that Bowen wants to make is to rekindle relationship between former players and the current football program. Many of them have been strained by years of losing.

"All the former players, anyone who hears this, we want them back," Bowen said. "You're welcome to our practices, you're welcome in this facility. We want to see those people, the people who helped KU become what KU is, such a great place. We appreciate that and we want to show them we appreciate it. Former players mean everything to us."

One thing Bowen doesn't plan to change is his own demeanor.

As a defensive coordinator, it wasn't uncommon to see Bowen jumping up and down, high-fiving his players after they made a good play. Bowen said he can't change that.

While he will be considered for the full-time job, Bowen insisted that he's not focused on next season. His priority is to help get the Jayhawks onto solid footing this season.