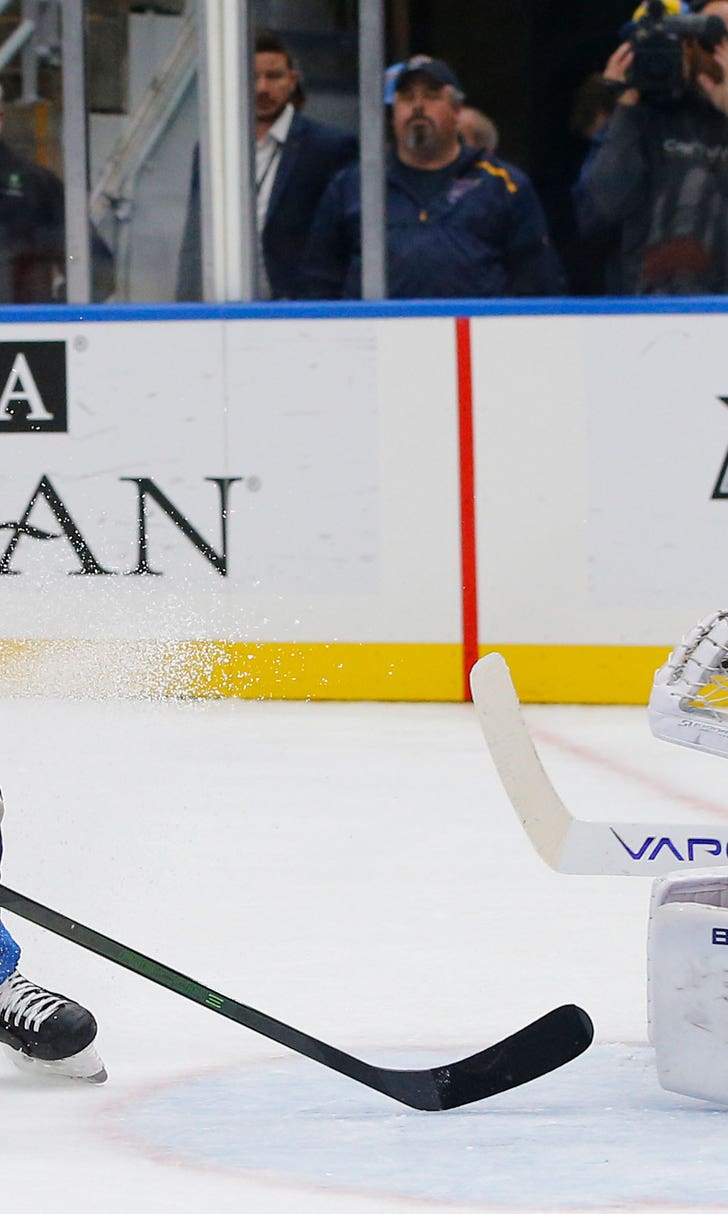 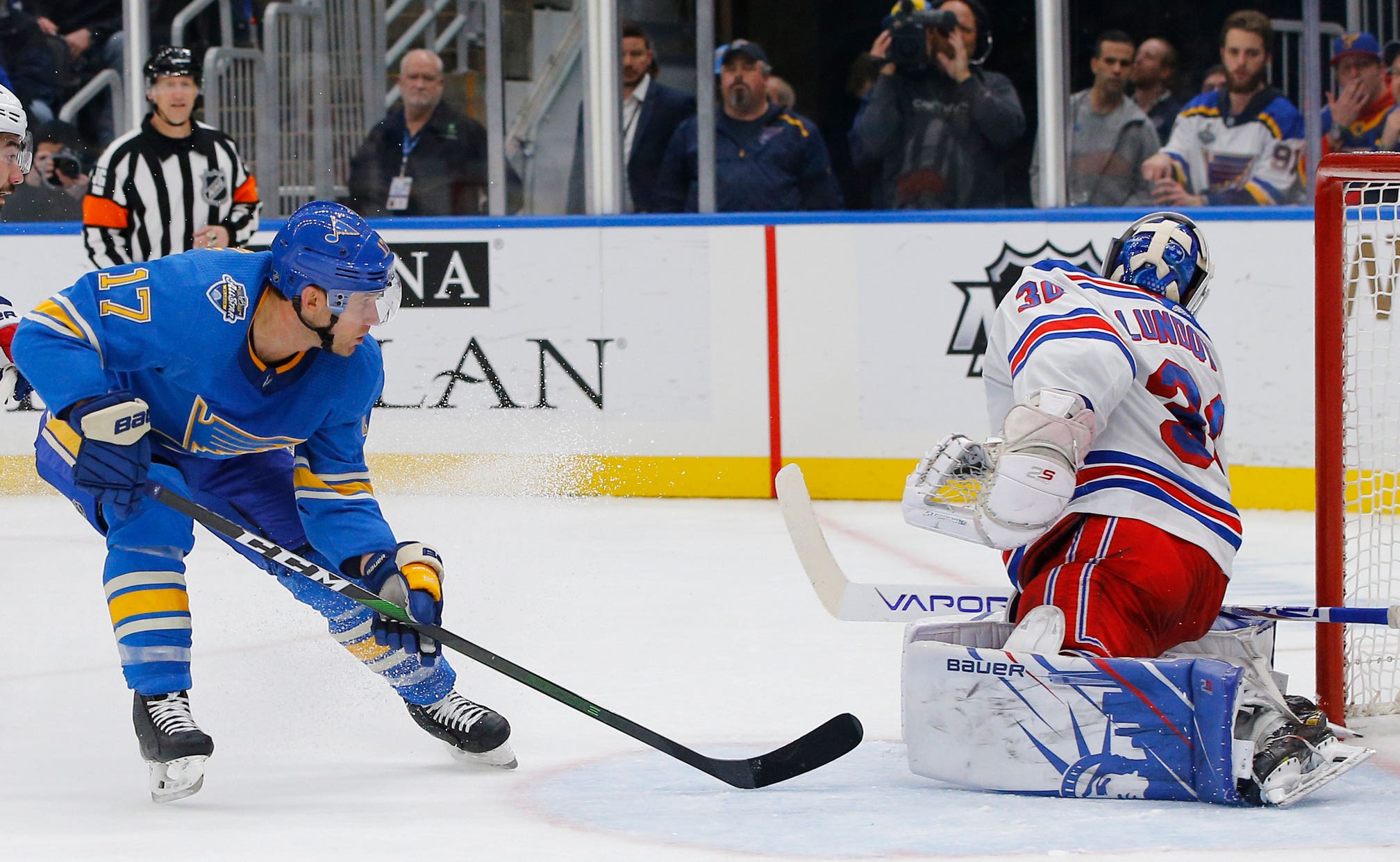 Blues use flurry of offense to push past Rangers 5-2 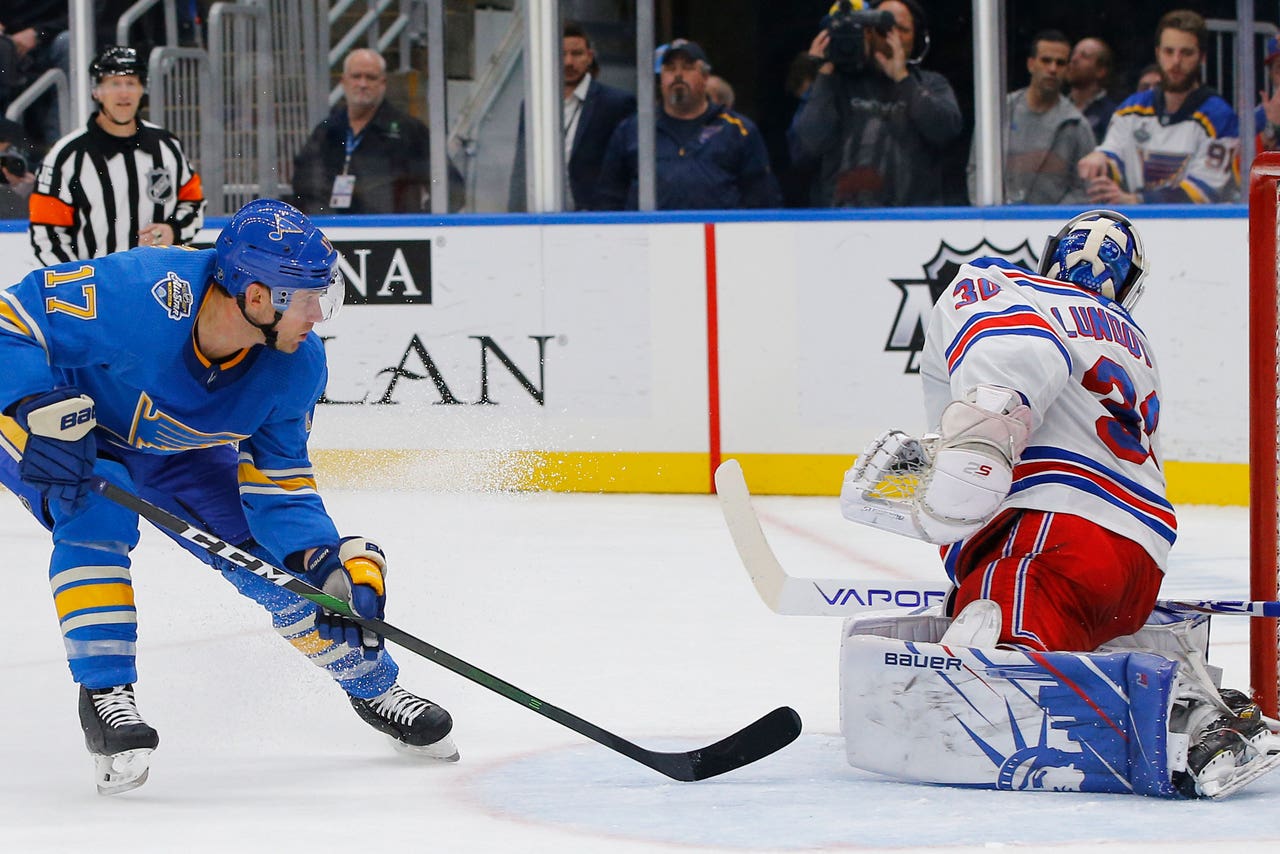 “I was hoping I wasn't getting traded," Perron said.

The news from Doug Armstrong was good.

Armstrong informed Perron that he had been selected to the All-Star game via a vote from the fans as the Last Men In.

Less than 24 hours later, Perron celebrated by scoring in his fourth straight contest, helping the Blues to a 5-2 win over the New York Rangers..

Robert Bortuzzo, Vince Dunn, Zach Sanford and Jaden Schwartz also scored for the defending Stanley Cup champions, who are 11-2-1 in their last 14 games.

The Blues won their eighth straight home game, their longest such streak since winning 10 in a row from April 16-Oct. 12, 2013.

Filip Chytil and Brett Howden scored for the Rangers, who fell to 1-5-1 in their last seven on the road. The Rangers had a two-game winning streak snapped.

Jordan Binnington made 21 saves for his ninth win in the last 10 starts. He is tied with Tampa Bay's Andrei Vasilevskiy for the most wins, with 22.

Perron, who has spent parts of nine of his 13 seasons in St. Louis, said being voted in by the fans throughout the league was extra special.

“You hope you can go at least one time in your life," Perron said. “It's really cool.”

Perron blasted a one-timer past Henrik Lundqvist early in the second period for a 3-1 lead. It was his 20th goal of the season and his NHL-leading eighth game-winning goal.

His selection to the All-Star game, which will be played later this month in St. Louis, was not a surprise to his teammates.

“He's been doing this for a long time,” Bortuzzo said. “He deserves it. He's been great all year. He's huge for us and everybody knows that."

New York jumped in front on Chytil's goal just 94 seconds into the game.

The Blues responded with three scores. Bortuzzo converted on a breakaway after coming out of the penalty box to tie game 1-all. It was his first goal of the season and his first regular-season tally since Feb. 14, 2019.

“It was all spur of the moment,” Bortuzzo said. “I just shot it — it found a way home.”

Bortuzzo says it was the first breakaway goal of his NHL career.

“I want it to be on record that I'm not happy with my teammates how surprised they act every time I do score,” Bortuzzo joked. “There was some laughter on the bench."

The goal seemed to ignite the Blues attack.

"We tried to bounce back from that right away and obviously it's something you don't want to happen, but you have to move past it and focus on that next shift," New York defenseman Brady Skjei said.

Dunn scored off a pass from Ivan Barbashev for a 2-1 lead with 1:19 left in the opening period to send the Blues off and running.

St. Louis, Boston and Washington all have 65 points after play Saturday.

New York has dropped four in a row on the road.

“We felt the last couple games we were playing good hockey. We want to bring the same energy, the same mentality home and away," Skjei said.

NOTES: St. Louis D Colton Parayko missed his fourth straight game with an upper-body injury. ... The Rangers have earned at least one point in eight of their last 11 against St. Louis, dating to the start of the 2014-15 season. ... New York D Libor Hajek returned to the lineup after missing the last 16 games with a knee injury. ... NHL Hall of Famer Wayne Gretzky watched the game from the stands.

Blues: Face Anaheim on Monday in the fourth game of a five-game homestand.