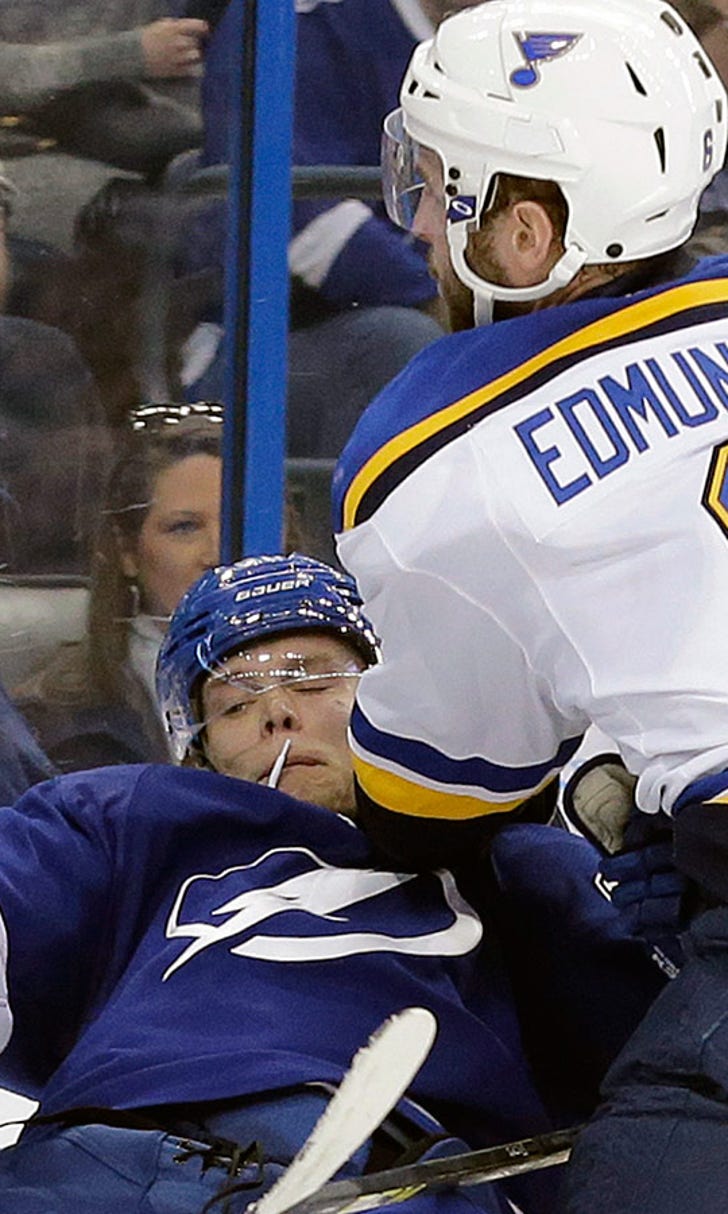 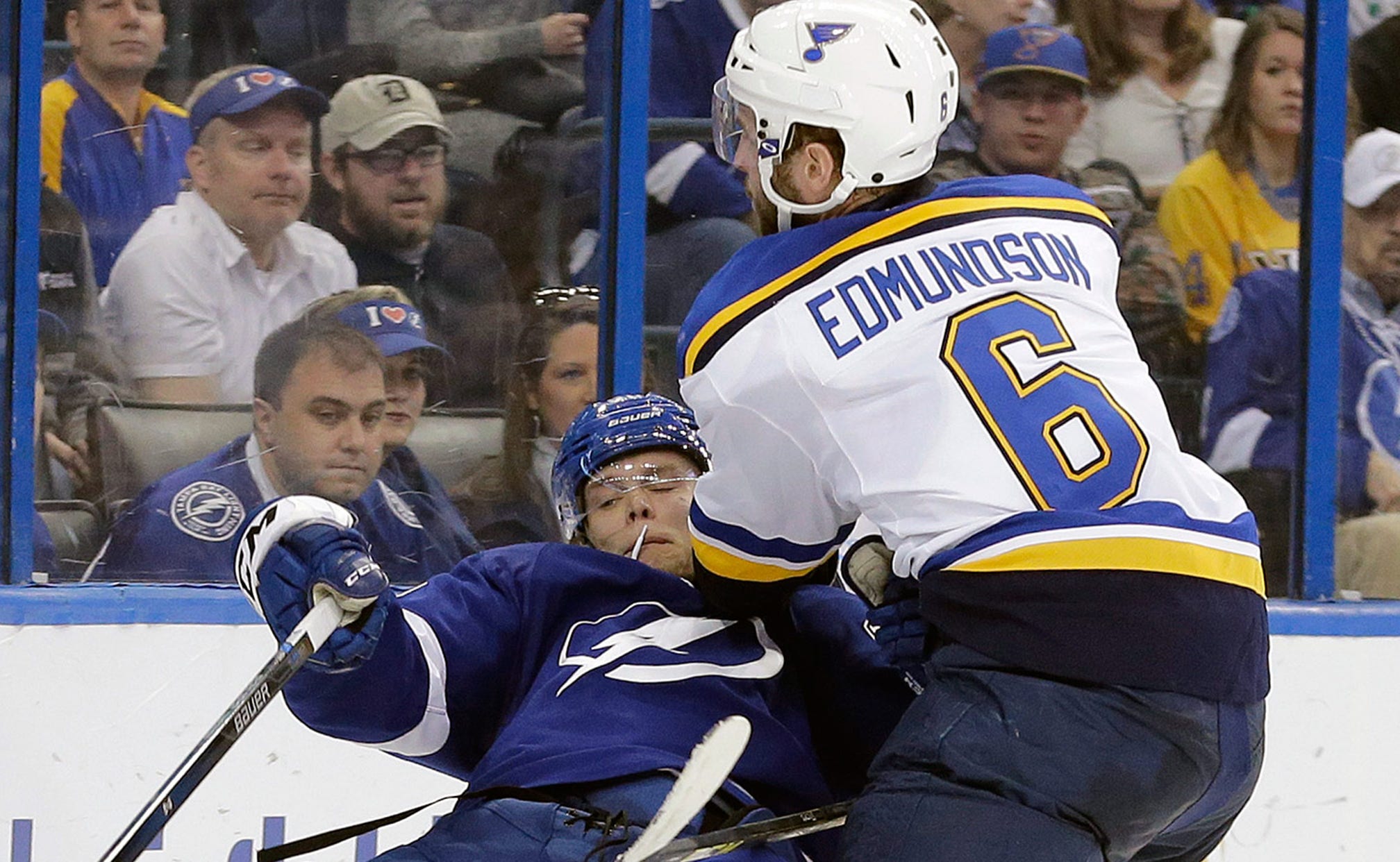 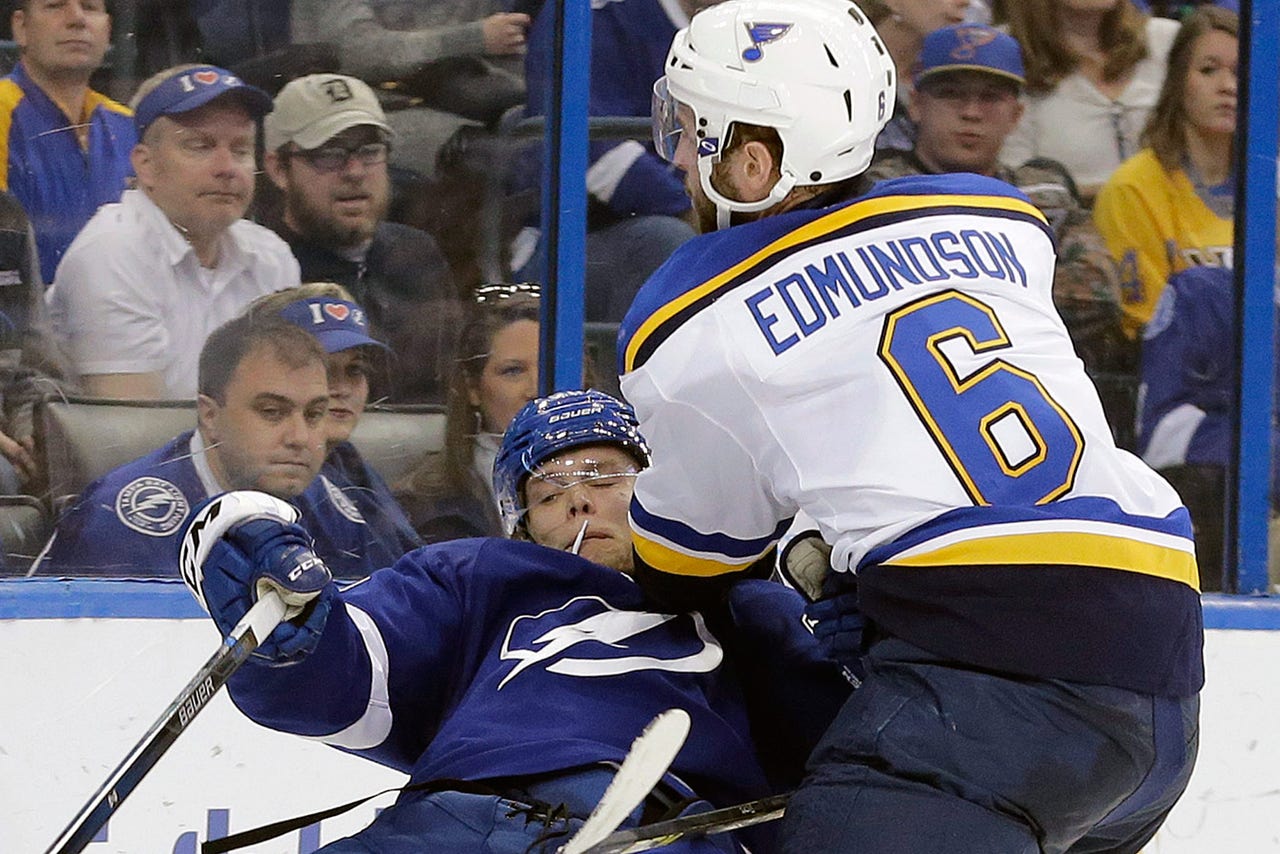 The deal is worth $2.1 million, the club said in a news release.

The 6-foot-4, 207-pounder has logged nine points (one goal, eight assists) in 66 games for the Blues this season. He ranks fourth among all rookies with 63 penalty minutes and 13th with 61 blocked shots. Edmundson, 22, also has set a Blues rookie record with 162 hits.

The Brandon, Manitoba, native was originally drafted by the Blues in the second round (46th overall) of the 2011 NHL Entry Draft.