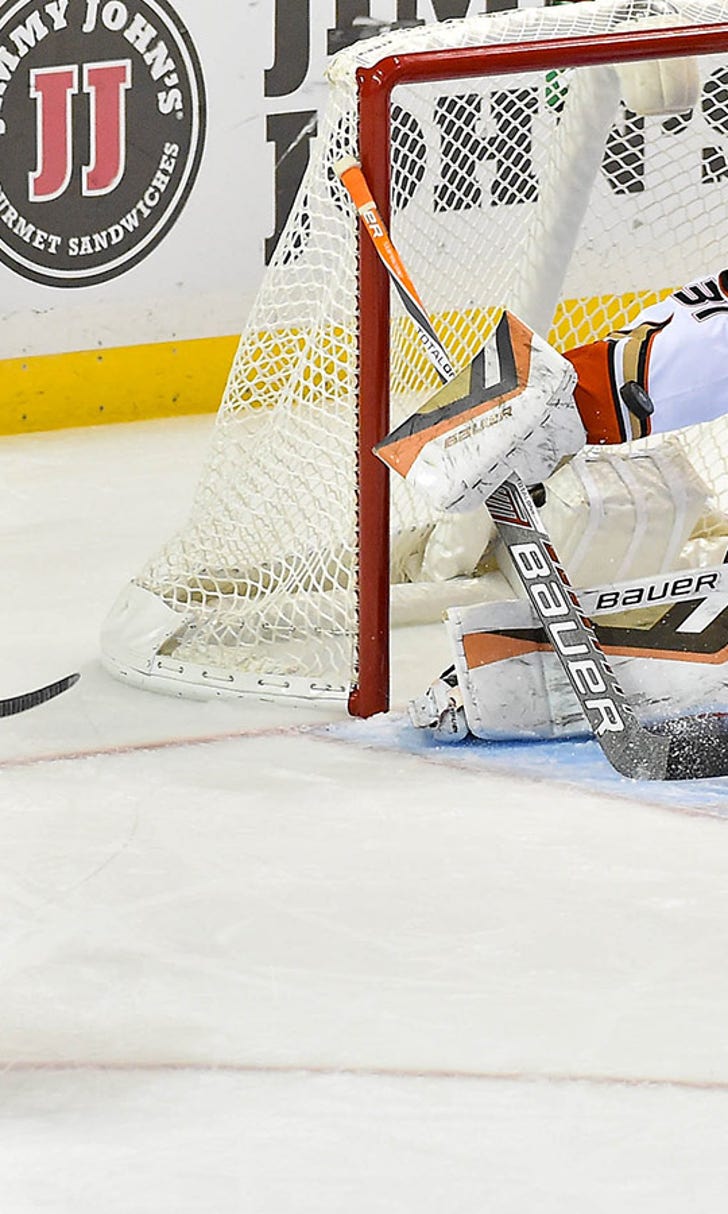 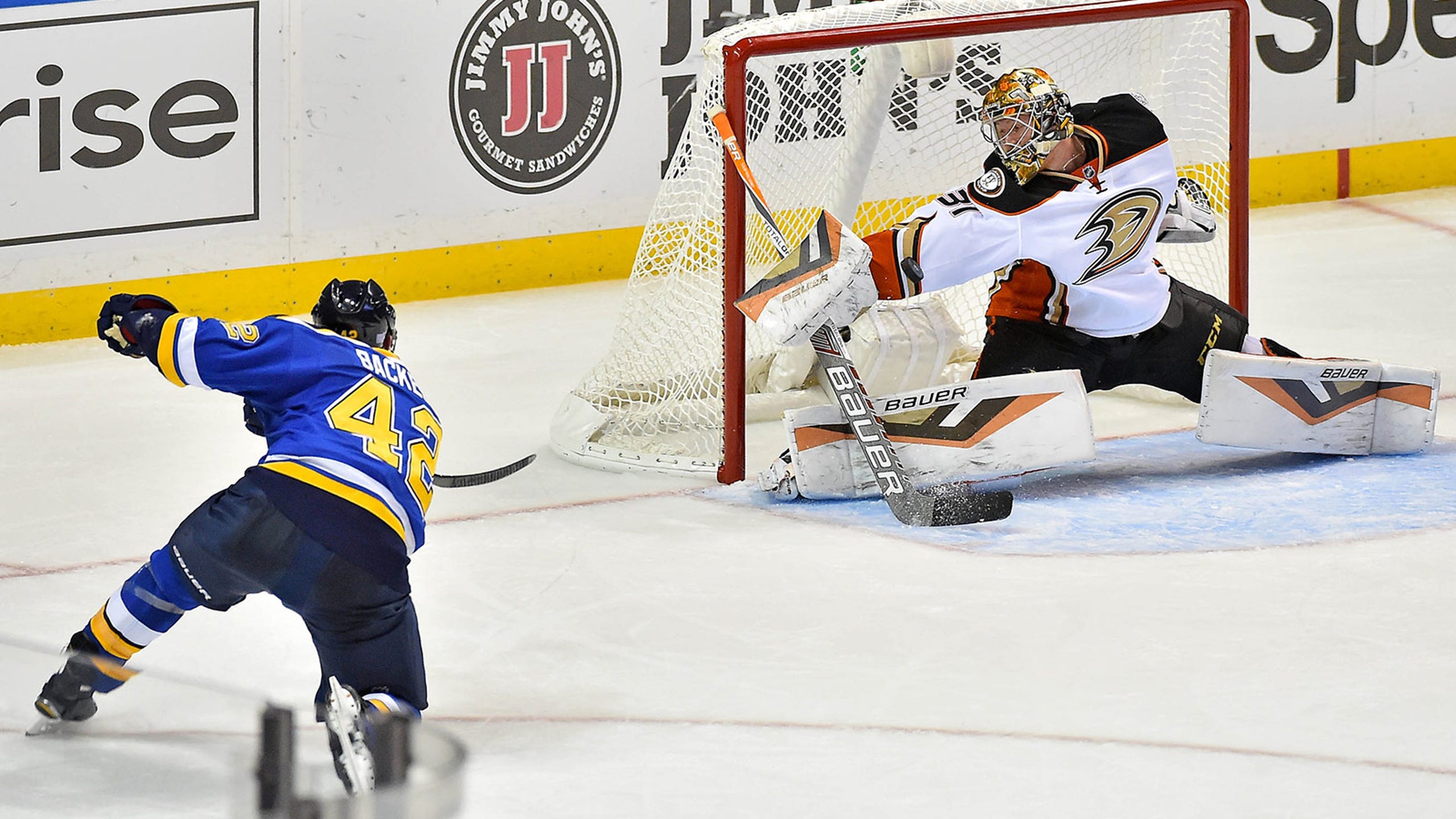 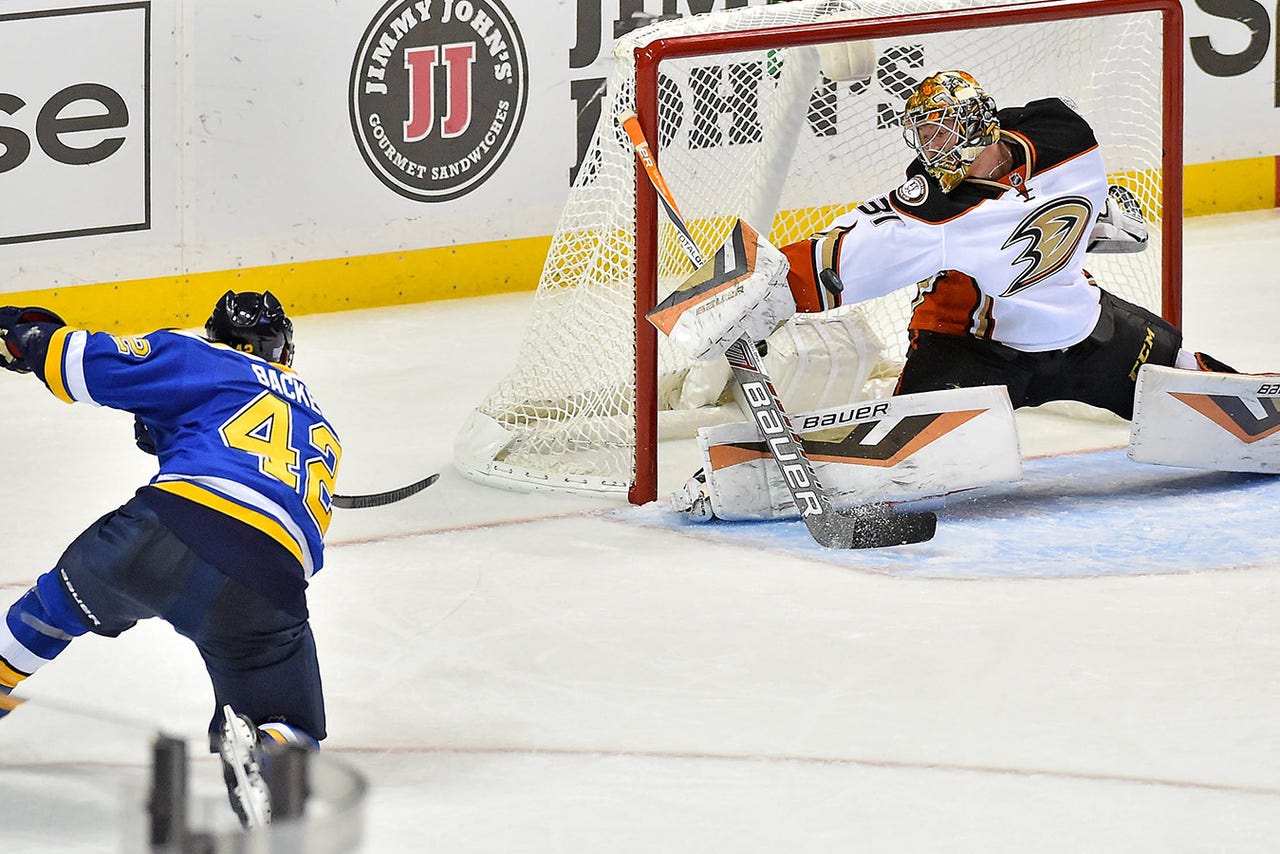 Despite missing players, the St. Louis Blues have nearly earned the maximum number of points more than halfway through one of their longest homestands of the season.

The Blues will try to add two more points to their ledger Saturday night while extending the Minnesota Wild's recent road woes.

St. Louis (7-2-1) has claimed five out of six points on a five-game homestand with a 2-1 victory against Anaheim on Thursday. Colton Parayko was credited with the tiebreaking goal in the third period thanks to a lucky bounce.

Parayko's shot with 9:29 left ricocheted off the boards and was redirected into the net by Ducks goaltender Frederik Andersen's left skate. The defenseman, though, was reportedly seen in a walking boot Friday and is a game-time decision.

The Blues' 2-0-1 mark on their homestand has come with Patrik Berglund (shoulder), Jaden Schwartz (ankle) and Paul Stastny (foot) on injured reserve. Kevin Shattenkirk (lower body) and Scottie Upshall (undisclosed) have been dealing with day-to-day ailments. 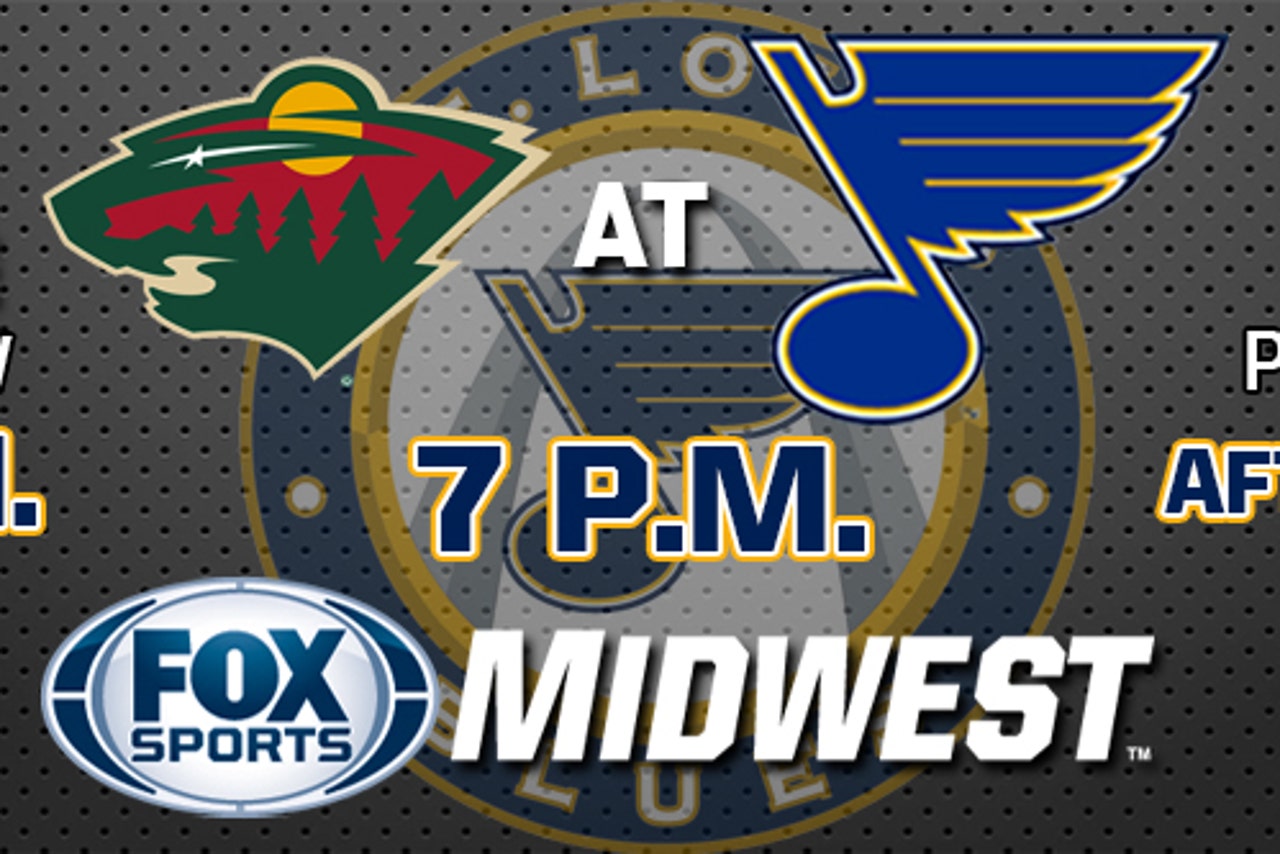 "They're tough to replace, but guys are stepping up," goaltender Jake Allen said. "Guys are getting a chance to show what they're made of, score some goals. Everyone is chipping in somehow and we're getting it done."

Veterans Martin Havlat and Dainius Zubrus have practiced with the team this week on professional tryout contracts, and the Blues will have about a week to decide whether to sign either permanently.

Until then, St. Louis will try for a seventh win in nine games by sending Minnesota (7-2-1) to a fourth consecutive road loss.

Minnesota is 0-2-1 in its last three away from home but has made up for it by winning all five home games. The Wild earned a pair of one-goal wins on their latest stint at home.

Nino Niederreiter scored the tiebreaking goal 32 seconds into the third period of Friday's 5-4 win over Chicago, and Mikko Koivu extended his point streak to eight games with three assists. Jason Zucker now has a five-game point streak after scoring just 18 seconds into Friday's win and assisting on Niederreiter's winner.

"Division wins are huge. There's no question," coach Mike Yeo said. "We get to have another fun one (Saturday). ... When you're going head to head, there's only so many points they can give out. Making sure you're getting them and making sure someone else isn't is real important."

Koivu's point streak began after a 3-2 home win over St. Louis on Oct. 10. Charlie Coyle scored a pair of goals in Minnesota's rematch with the team it eliminated from the 2015 postseason.

The Wild won two of their three games in St. Louis during that series but are 1-4-2 in their last seven regular-season visits.

With Devan Dubnyk starting Friday, Minnesota could turn to Darcy Kuemper, but the Wild's backup goaltender gave up four goals in 20:51 in his most recent start Sunday in Winnipeg.

Kuemper is 0-1-0 with a 3.54 goals-against average in three appearances versus St. Louis including the postseason. Dubnyk is 7-3-0 with a 2.37 GAA in his last 10 regular-season and playoff matchups.

Allen is slated to make his third straight start and has allowed one goal on 49 shots in his last two. However, he faced 19 shots in losing to Minnesota three weeks ago.

Zach Parise scored on him in that game, giving him six goals and four assists in his past nine matchups including the playoffs.

St. Louis' Vladimir Tarasenko has 10 goals and four assists in his last 11 regular-season and postseason meetings with Minnesota. He registered a goal and an assist in the latest one.