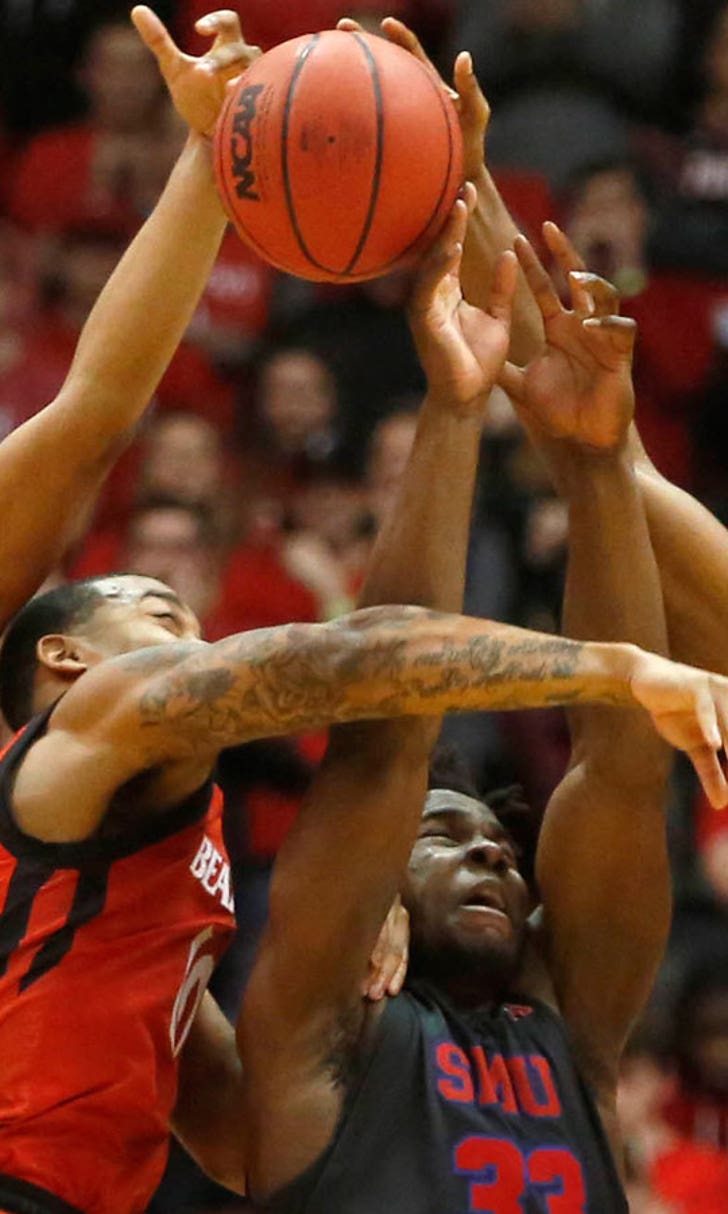 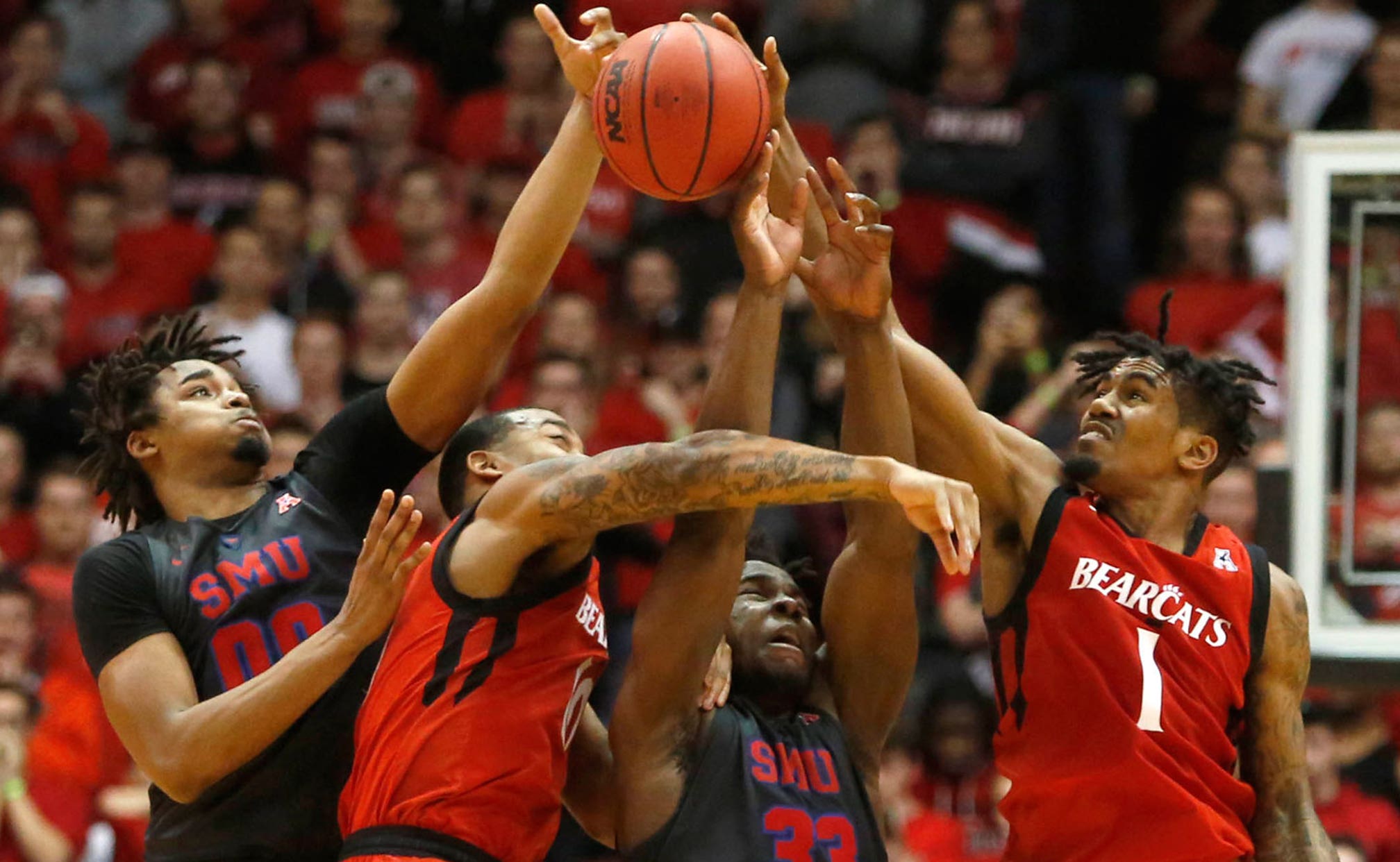 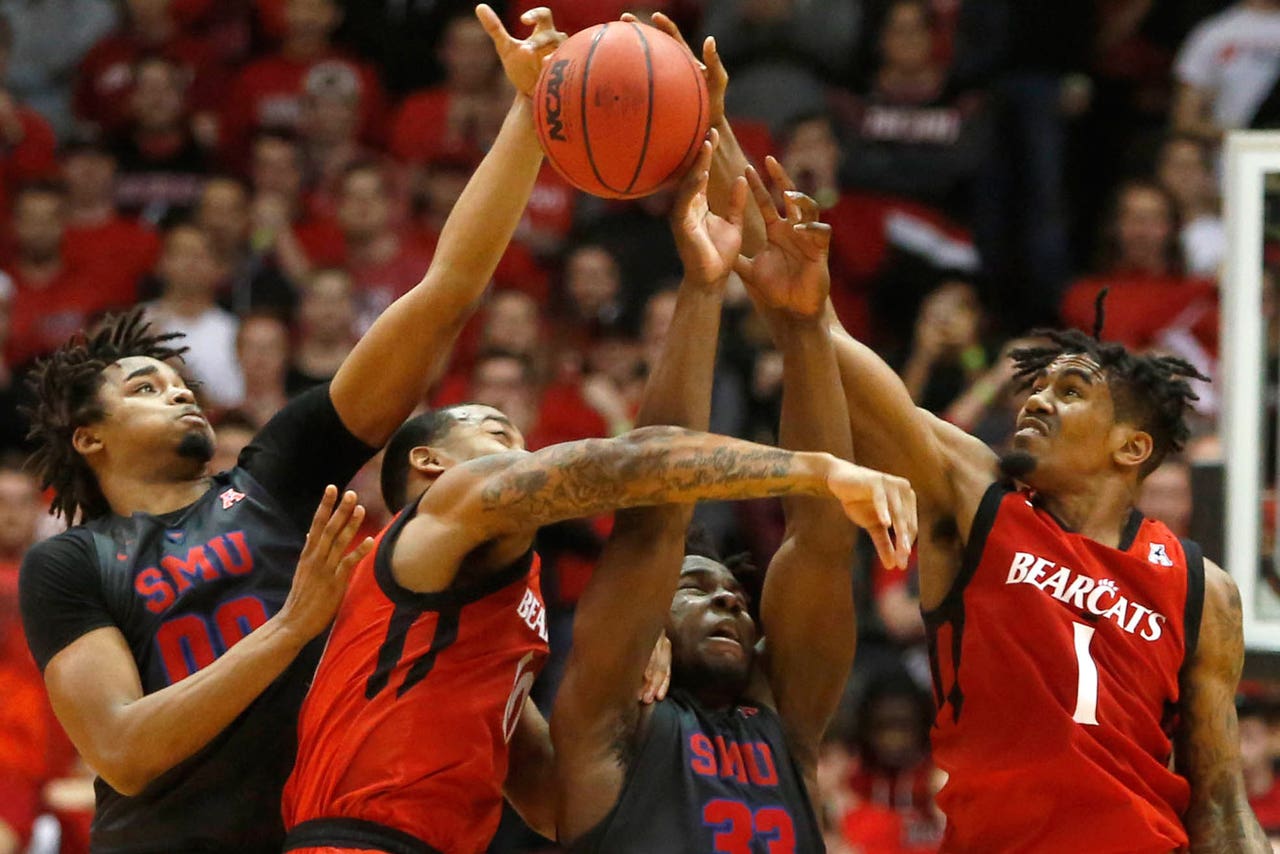 CINCINNATI (AP) -- Instead of losing close games this season, Cincinnati is finding ways to pull them out.

Troy Caupain scored 16 points and blunted SMU's comeback with a clutch 3-pointer on Thursday night, helping the 22nd-ranked Bearcats hold on for a 66-64 victory over SMU.

The Bearcats (14-2, 4-0 American Athletic) let most of a 15-point lead slip away, with SMU cutting it to 54-52 on Jarrey Foster's 3-pointer. Caupain's 3-pointer ended the Mustangs' comeback, and they never got closer than two points the rest of the way.

Last season, Cincinnati was known for losing the close ones by giving up baskets or missing shots in the closing seconds.

"We can't fold," Caupain said. "Tonight was a test for that. I think that's kind of our motto: Finish."

SMU (14-4, 4-1) lost its 10-game winning streak, which tied for third-longest in school history. The Mustangs had two shots in the closing seconds that went off the rim.

Sterling Brown led the Mustangs with a season-high 20 points and 11 rebounds, but he missed a 3-point shot that would have given the Mustangs the lead with 10 seconds left. His shot rolled around the rim and came off to Ben Moore, who missed a putback attempt to tie it.

"I thought we had a very tough situation, which we handled incredibly well," SMU coach Tim Jankovich said. "We never panicked.

"I kept telling them during timeouts: `We're going to get back, we're going to be winning this game.' They never flinched at all."

Kyle Washington had a pull-up jumper and a 3-pointer during a 16-point run that put Cincinnati ahead 27-12. SMU opened the game 4 of 19 from the field with five turnovers. Semi Ojeleye , who leads the Mustangs at 17.9 points per game, was limited to two free throws in the first half. He finished with 12 points on 4-of-11 shooting.

The Mustangs shot 47 percent from the field while making their comeback in the second half.

"Our defense left a lot to be desired tonight," Cincinnati coach Mick Cronin said. "We had only one steal tonight. As the game went on, we took nothing away from them. They were getting everything they wanted."

SMU: During the 10-game winning streak, the Mustangs held everyone to 65 points or less. That streak was broken too.

Cincinnati: The Bearcats have won 18 straight home games, their best such streak since they won 19 straight from 2013-14. They've had two close calls at home: The win over SMU, and an overtime win over Marshall.

"We can't give up home court," Caupain said. "We've got a saying: Basically, don't let anybody come onto your street and take over your street."

SMU: The Mustangs had started to make progress in the poll, getting five points this week, the 32nd-most overall.

Cincinnati: The Bearcats have been ranked for the last six weeks, including at No. 22 each of the last two. The win over SMU could help them finally move up.

The Mustangs play at Tulane on Sunday. They swept the series last season, winning 60-45 at Tulane. SMU is 5-11 all-time at Tulane.

The Bearcats play at East Carolina on Sunday. Cincinnati is 10-1 all-time in the series, with East Carolina's only victory coming at home during the 2014-15 season.