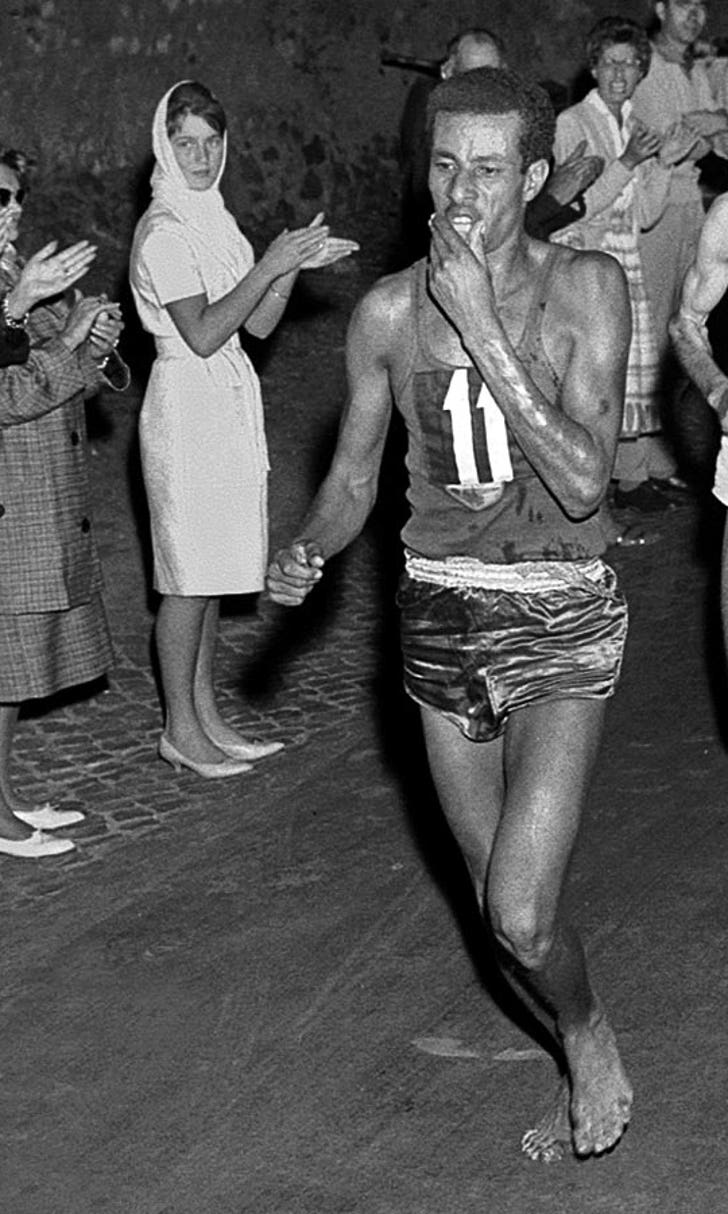 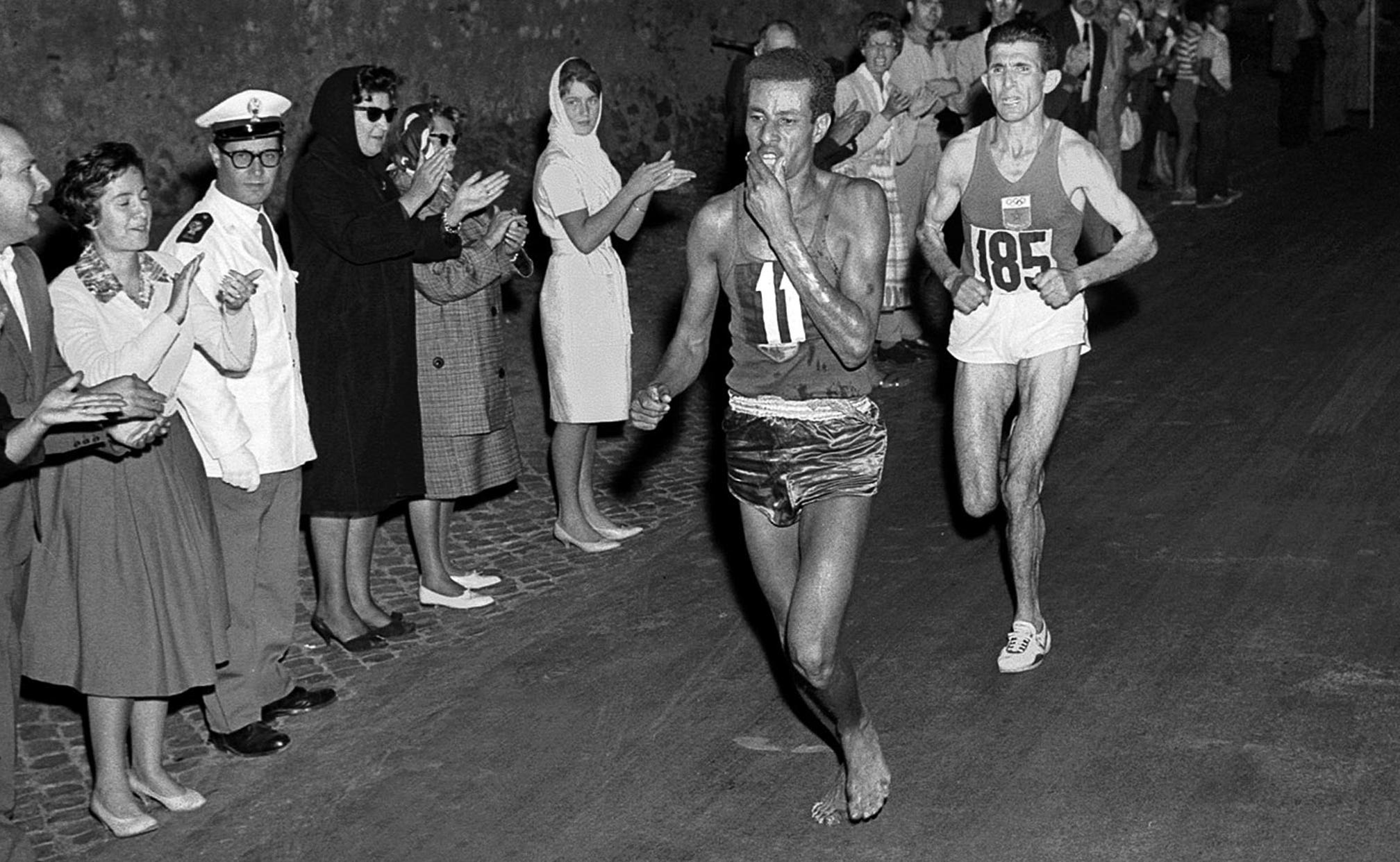 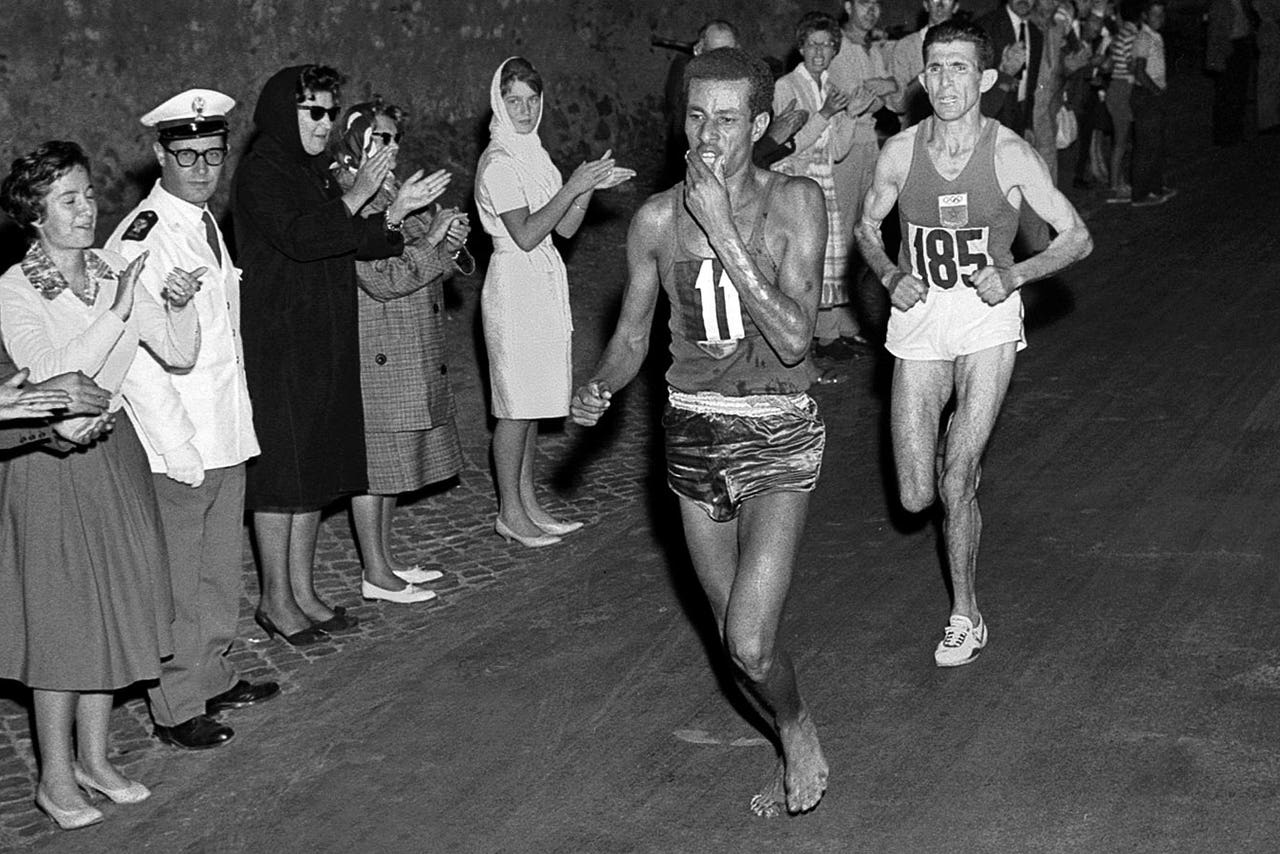 SEATTLE -- The family of an Ethiopian runner who famously won an Olympic marathon barefoot is suing Vibram, the maker of a popular line of minimalist running shoes, saying it used his name without permission.

Abebe Bikila, who died in 1973, was a last-minute entrant in the 1960 Olympics in Rome and didn't like the fit of the shoes he'd been provided. Running barefoot over the cobbled streets, he shattered the existing Olympic record, finishing in just over two hours, 15 minutes.

Vibram named some models of its Five Fingers foot-glove style running shoes after him and even trademarked the name "Bikila" in 2010 as barefoot or nearly barefoot running became more popular in the United States.

But in a lawsuit filed Monday in federal court in Tacoma, Bikila's son, Teferi Bikila, of Tigard, Oregon, said the company didn't have permission to do so.

"He won the Rome marathon with bare feet, and nobody did it before then or since then," Bikila, 45, said in a phone interview Tuesday. "It's important that his legacy be respected."

The family is seeking at least $15 million in damages, said their attorney, Alex Trauman.

A Boston law firm that has previously represented Vibram said Tuesday it was not authorized to comment on the lawsuit, and Vibram President Michael V. Gionfriddo did not immediately return a voice mail message left at the company's headquarters in Concord, Massachusetts.

Bikila's victory in Rome is legendary among running fans. He was a last-minute addition to the Ethiopian team when another runner fell ill. The running shoes he was issued caused blisters, and he decided to run barefoot -- the way he had trained -- along a course that passed the Obelisk of Axum, a granite monument the Italian fascists plundered from Ethiopia in 1937 after they conquered the country.

He won the gold, beating what was then the Olympic record by about eight minutes.

Bikila also went on to win the 1964 Olympic marathon in Tokyo -- just 40 days after having his appendix out. He wore shoes for that race.

In 1969, a car crash left him paralyzed, and he died of complications a few years later. An annual marathon in his home country is held in his honor, and the New York Road Runners, the organization behind the New York City Marathon, has given its Abebe Bikila Award every year since 1978 to honor an individual who has made an outstanding contribution to the sport.

The complaint alleges violations of federal law as well as Washington's Personality Rights Act, which is considered one of the most progressive such laws in the nation because it specifies that the heirs of a deceased person can continue to assert personality rights.

Michael Atkins, a Seattle trademark lawyer who is not involved in the lawsuit, said it appears that the family has a solid claim.

"The personality rights statute says every person has a right to control their own name," Atkins said. "Whether you're a celebrity or an ordinary Joe, no one can use your name to promote their product without your permission."