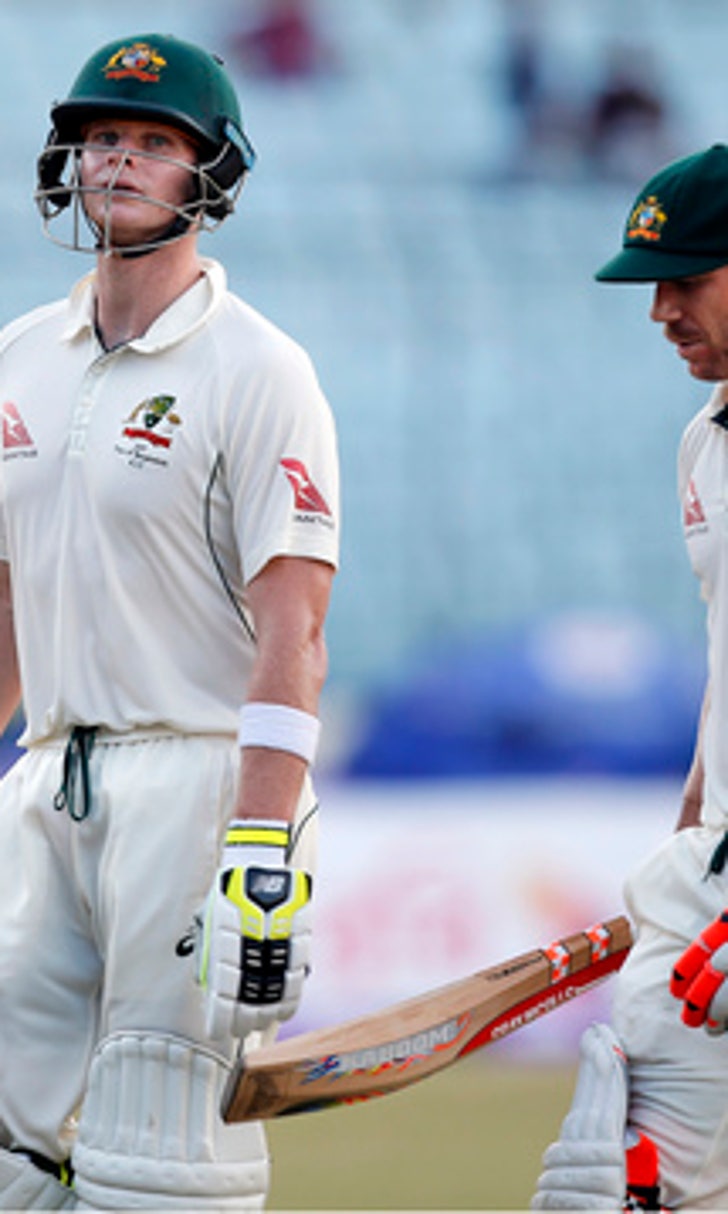 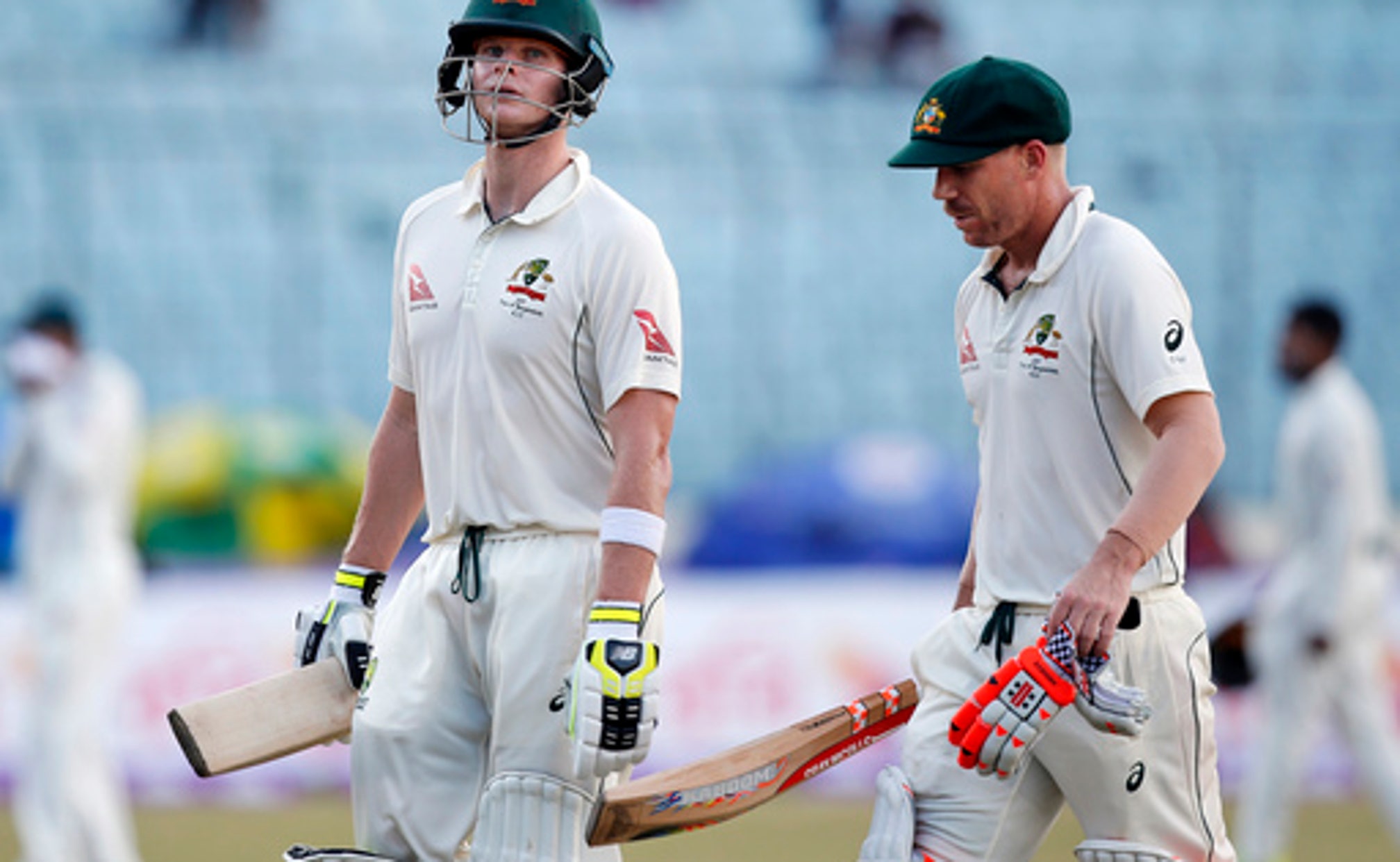 Bangladesh's 10th victory in 101 test matches - and its first over Australia in five matches - gave it a 1-0 lead in the two-match series despite opener David Warner's century that helped Australia's early and optimistic chase of 265 runs for victory.

Bangladesh's win on the fourth day came in the first test the two teams have contested since 2006. A planned tour of Bangladesh by Australia in 2015 was canceled due to security concerns after an Italian charity worker was shot dead in Dhaka, and the Islamic State group claimed responsibility.

The loss again highlighted Australia's historic batting issues on pitches in subcontinental Asia - a 2-1 series loss in India this year came after a 3-0 defeat in Sri Lanka in 2016.

If Bangladesh also wins the second test, starting in Chittagong on Monday, Australia's test ranking could slide to as low as sixth.

Bangladesh has won tests against England, Sri Lanka and Australia in the past year. In the previous 16 years of their test history, the Bangladeshis had defeated only Zimbabwe and a second-string West Indies team affected by a player strike.

''It's a great feeling, credit to the boys, especially to Shakib,'' Bangladesh captain Mushfiqur Rahim said. ''They were ahead of us today, but we had some belief since many of their batsmen are not used to playing in these conditions. I think this was a big statement.''

In his 50th test but his first against Australia, Shakib confirmed his status as the game's leading allrounder with match figures of 10-153 to add to his first-innings run total of 84.

''The best feeling is to contribute to the team's win,'' said Shakib, who was man of the match. ''It was an important test for us since we hardly play against Australia. It worked as an inspiration.''

Shakib returned figures of 5-85 in the second innings to help Bangladesh bowl out Australia for 244 runs one hour after the lunch break.

Australia was comfortably placed at 158-2 thanks to Warner's first century on the subcontinent, resuming the day on 109-2 and needing 156 runs on the fourth day.

But Shakib got the vital wickets of Warner and captain Steven Smith, who combined for 130 runs, within 13 runs.

Warner hit 112 off 135, including 16 fours and one six, his 19th century before being baffled by delivery that kept low. Smith also was dismissed by a similar delivery which ended his innings of 37, lasting for 99 balls.

The crucial two wickets triggered a collapse as Islam joined Shakib to turn the match around.

Islam got Peter Handscomb (15), forcing him to edge to slip where Soumya Sarkar completed a tough catch. Islam then removed Ashton Agar (2) with a return catch before Shakib trapped Matthew Wade (4) in front.

Glenn Maxwell was the final obstacle and Shakib completed his five-wicket performance, disturbing the batsman's wicket with a delivery that kept low and spun sharply in the first ball after lunch.

Nathan Lyon and Pat Cummins combined for 29 runs in a ninth-wicket stand to provide Australia with some hope before Hasan broke through, dismissing Lyon for 12.

Ignoring his side strain which will force him to return injured to Australia and not play in the second test, Josh Hazlewood came in to bat but Islam trapped him leg before wicket to end the match.

''We let ourselves down a bit in the first innings with the bat,'' Smith said. ''It was quite difficult batting in the second innings here and I thought we did quite well getting 240 in the end.''