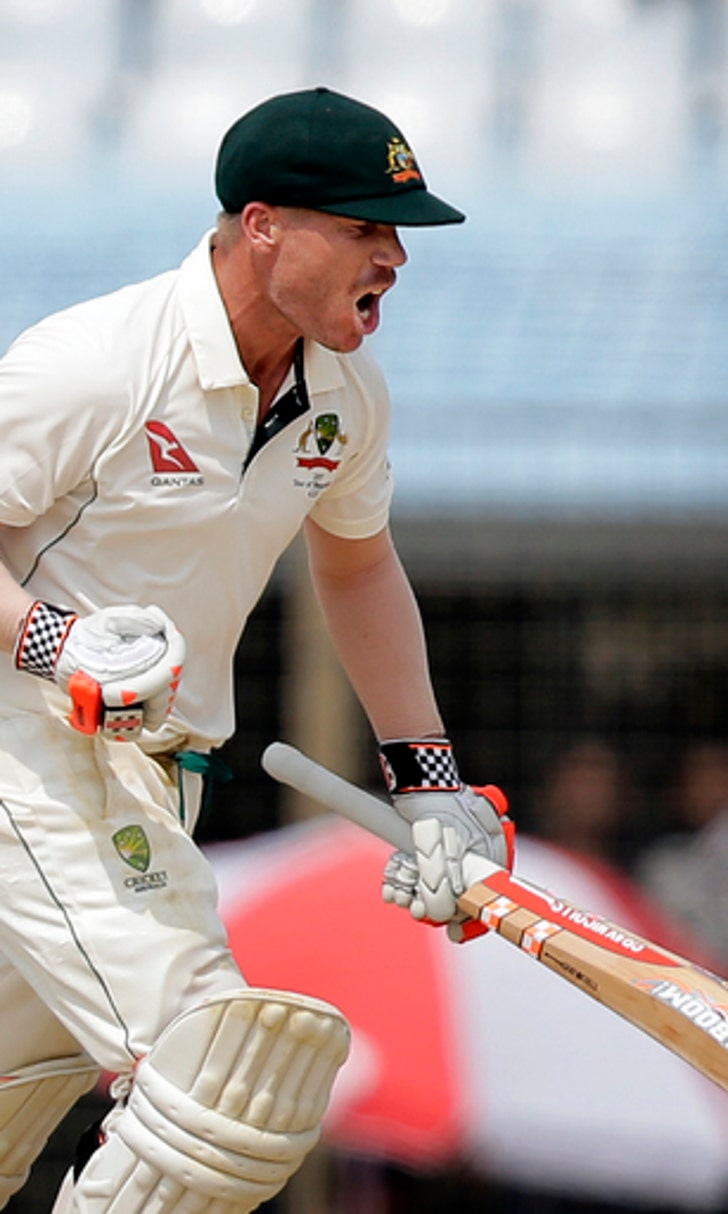 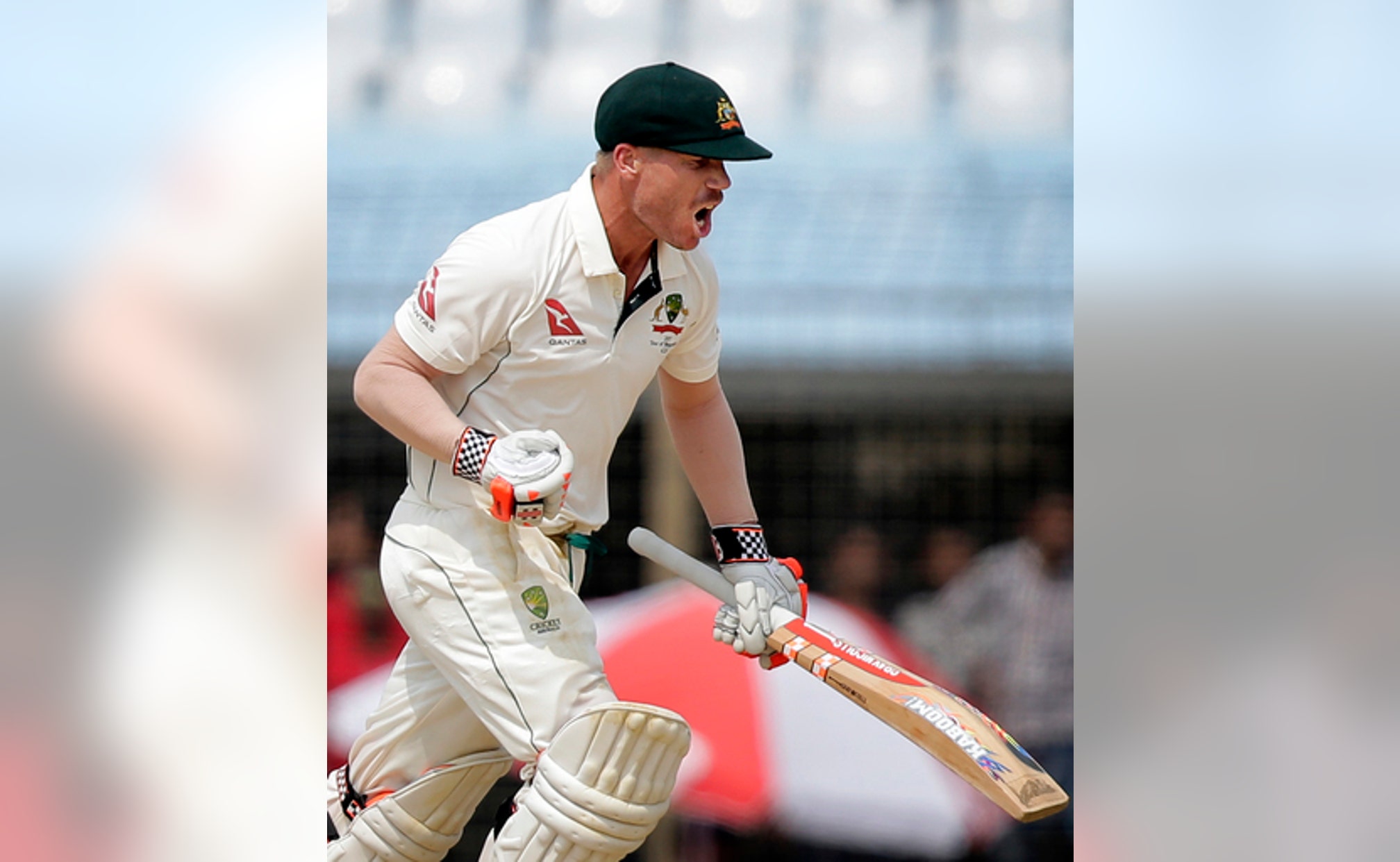 CHITTAGONG, Bangladesh (AP) Australia off-spinner Nathan Lyon returned a career best 13-154 on Thursday as his team completed a seven-wicket victory over Bangladesh in the second test to level the series.

Lyon followed up his 7-94 with 6-60 in the second innings to wrap up Bangladesh's innings for 157 on the fourth day of the match.

''He is magnificent, probably more the first innings than the second innings,'' Australia captain Steven Smith said. ''The first innings, the wicket really wasn't offering a great deal. I thought the way he just hit that right area, particularly with the new ball, skidding it on and hitting a few guys in front. That was the perfect way to bowl. I'm really proud of him.

This was the first test series between the two sides since 2006. Australia postponed the tour twice over security reasons.

''Eleven years is a long time. I think the way they played over here was exceptional,'' Smith said. ''They obviously beat us in the first test and challenged us again out here. If we get another opportunity to play against them, that'd be great.''

Australia lost three wickets for 48 but the victory was never out of the sight. Glen Maxwell ended the match with a consecutive cover-drive four and slog-swept six over mid-wicket as Australia brought up the victory in only 15.3 overs.

Maxwell was unbeaten on 25 off 17 with two fours and as many sixes with Peter Handscomb on 16. Opener Matt Renshaw was out on 22.

Bangladesh captain Mushfiqur Rahim was the highest scorer for Bangladesh with 31. Mominul Haque made 29 and Sabbir Rahman added 24.

''There is chance of coming back but we couldn't show the necessary grit in the second innings,'' Rahim said. ''There lead was just 72, it's bigger considering the condition, but if we could give them a target of 200, the match could have been different. Our batting was our weakest link in the whole series.''

Rahim and Rahman combined for 54 runs for the sixth wicket before Lyon left them at 43-5. As the partnership appeared to grow with confidence, Cummins took the wicket of Sabbir, who played an injudicious shot to be stumped.

The real blow came when Rahim fended a delivery from Cummins to get a healthy edge. Rahim faced 103 balls and hit just one boundary.

Lyon then completed his second five-for of the test and third straight, dismissing Hauqe for 29. Hauqe tried a sweep shot against the turn and top-edged to Cummins at deep backward square.

O'Keefe then joined Lyon in cleaning up Bangladesh's tail to give Australia a small target to chase.

Lyon, however, became the second Australian off-spinner to collect two 10-wicket hauls in his career after Hugh Trumble, who reached that milestone in 1902 with back-to-back 10-wicket totals in that year's Ashes series.

Lyon has claimed 22 wickets in the series and surpassed J.J. Ferris' mark from the two-test 1887 Ashes series, when Ferris picked up 18 wickets in the first two matches of his international career.

''To take 22 wickets in a two-match series it's a pretty big achievement personally,'' Lyon said. ''But as I said, I don't do that without the other guys putting in at the other end, like Patty Cummins bowling well, Ashton Agar, Steve O'Keefe and even Hilton Cartwright in this game.

''So without the support of those guys and the skipper, it's pretty hard to go out and have personal success. So I'm very pleased but very thankful as well.''

Earlier Thursday, Australia failed to add to its overnight total and faced only nine balls to be all out for 377 in its first innings, leading by 72 runs.

In the second over, Mustafizur Rahman dismissed Lyon, who edged a ball to first slip. Rahman finished with 4-84.

Opener David Warner led the Australians with 123, his second straight century in the series. Handscomb scored 82 while Smith added 58.

Electing to bat first, Bangladesh was bowled out for 305 in its first innings before Warner's second successive century (123) guided Australia to 377 and earned a crucial 72-run lead.

Australia lost the first test in Dhaka by 20 runs.