The Angels welcome Oakland to town for a four-game series. Monday's games against the A's will be the Halos fourth straight of a scheduled 10 consecutive games before the next scheduled off day next Monday. Following the four-game set with Oakland, the Rangers will visit Angel Stadium for a weekend series. All of the games can be seen on FOX Sports West minus Wednesday's game against the A's. That game will be aired on KCOP.

The Angels began a string of 16 straight games against division foes to end the month of April with a couple of three-game series in the state of Texas. The Angels took two of three from the Rangers in Arlington, including 10-2 romping on Jackie Robinson Day. The visit to Houston wasn't as successful as the Halos dropped two of three against the Astros, including a 4-3 defeat in Garrett Richards' return to the rotation on Sunday.

The Angels enter Monday 5-7 on the year, tied for third in the American League West with Seattle, and one game behind the first place Astros. At 6-6, Houston enters the week as the only team in the A.L. West with a .500 record. 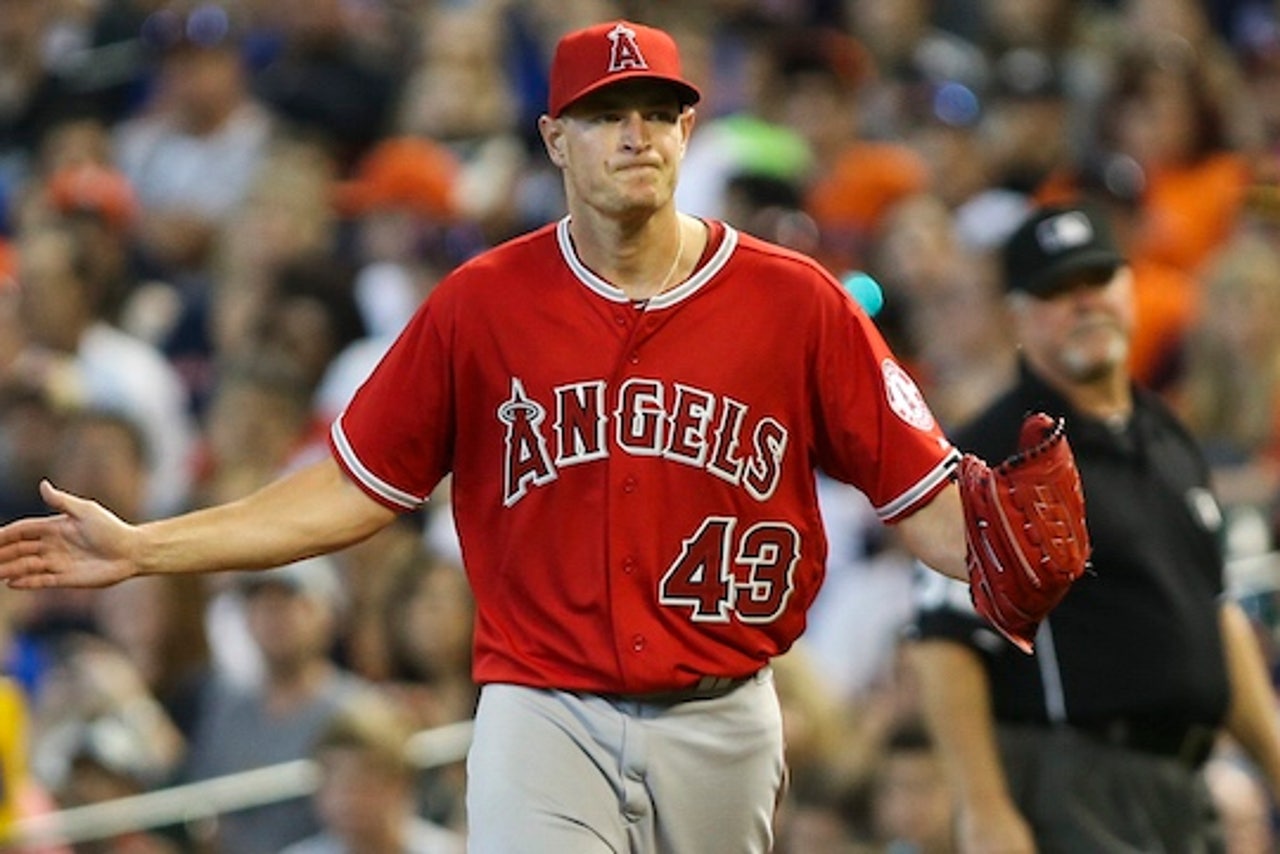 Mike Trout continues to put his name in the record books. Trout reached a milestone last week by hitting his 100th career home run. With the homer, Trout became the youngest player in Major League Baseball history with 100 home runs and 100 steals.

Garrett Richards' return to the rotation was spoiled on Sunday in Houston. Richards went five innings and allowed five hits, four walks, three earned runs, and struck out four while throwing 100 pitches. In four career games at Minute Maid Park, two of which were starts, Richards was 3-0 with a 0.69 ERA prior to Sunday's outing.

Hector Santiago will take the mound for the Angels on Tuesday against Oakland's Drew Pomeranz. The season is still young but heading into this week it's Santiago's 2.92 ERA that leads Angels starters.

10. It's the number of consecutive games the Angels have won that Monday's starter Matt Shoemaker has appeared in dating back to last season.