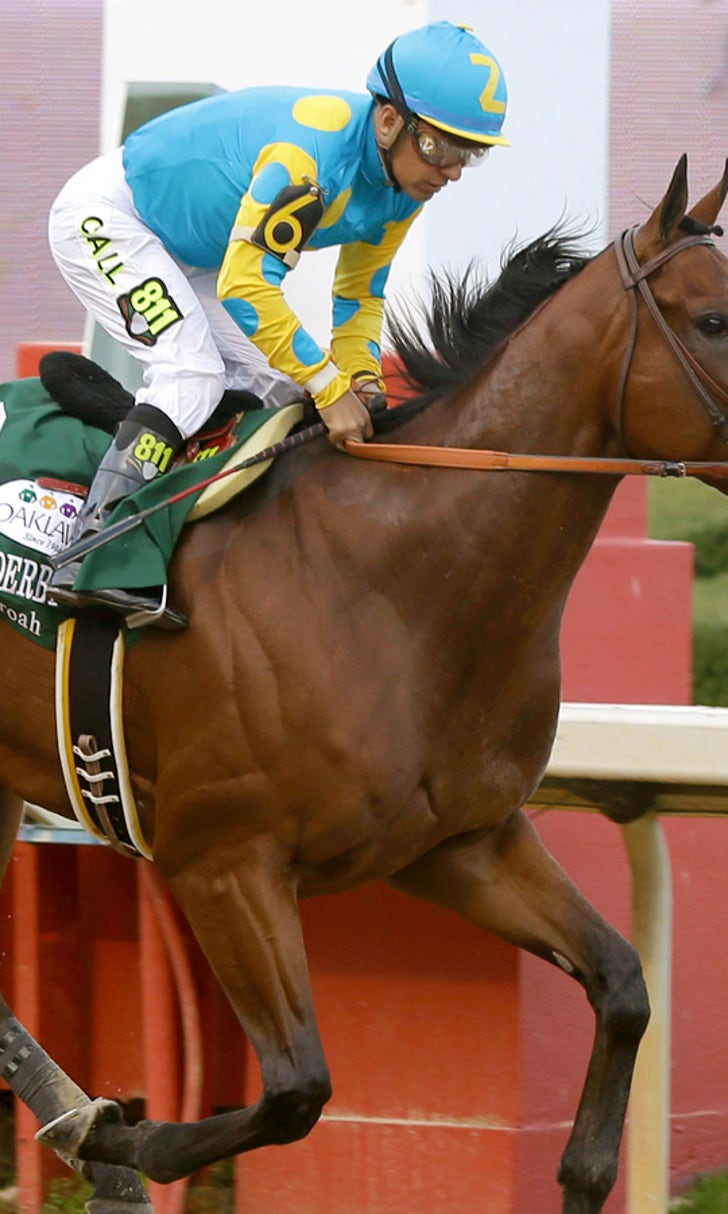 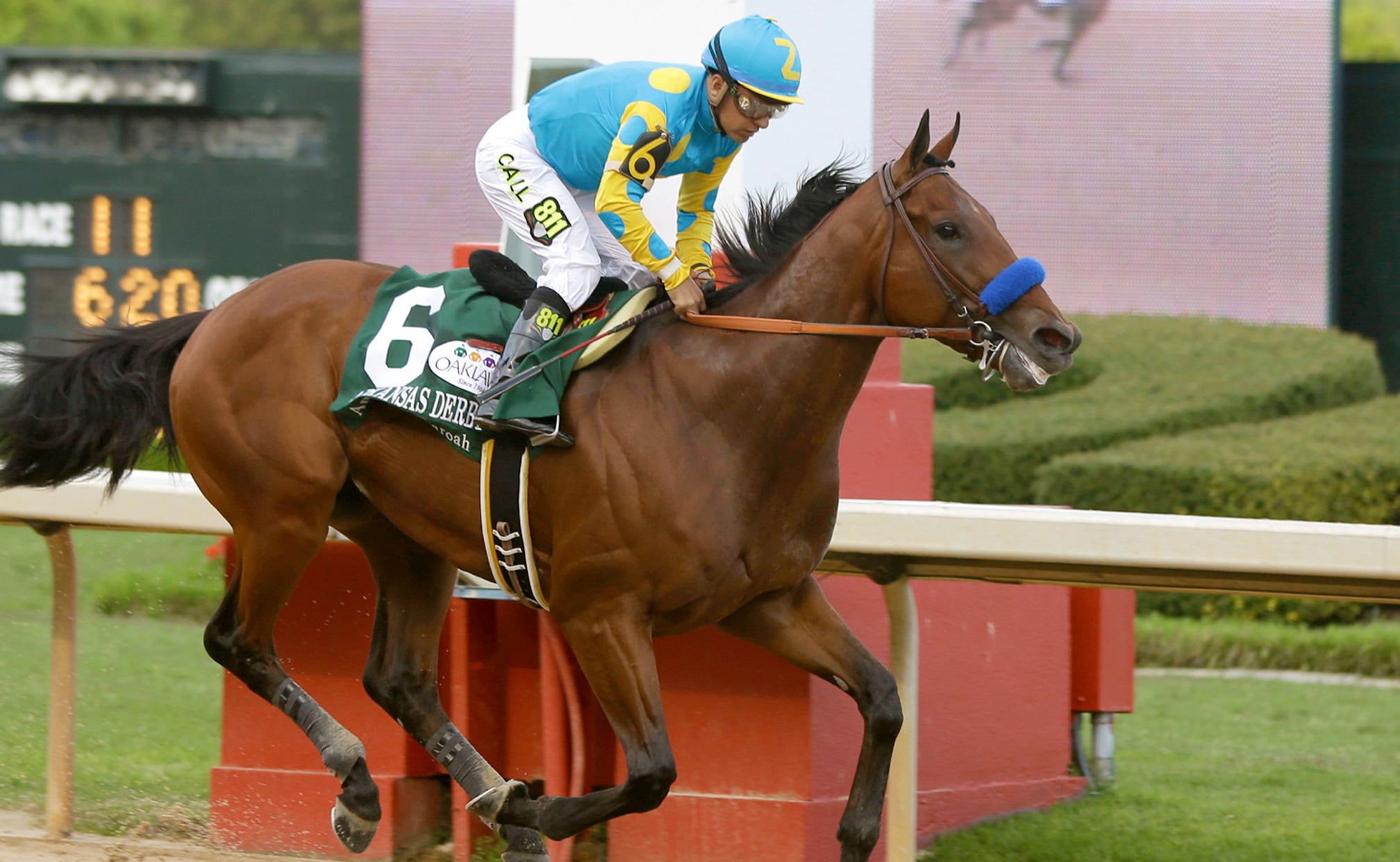 American Pharoah roars in Arkansas Derby, 'Run for the Roses' up next 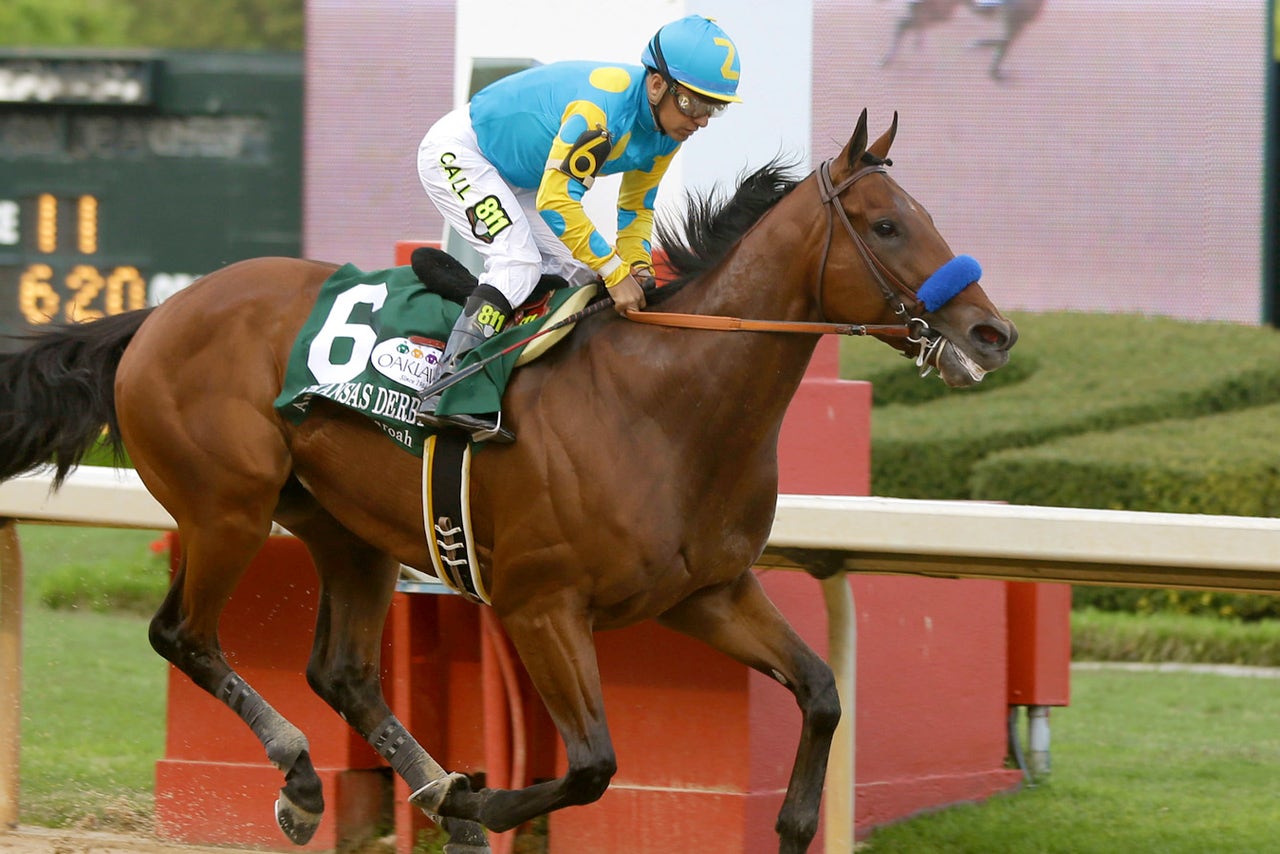 American Pharoah was content to sit second in the early stages of the 1 1/8 miles Arkansas Derby as Bridget's Big Luvy opened a four-length lead in a quarter of 22.77 seconds. The leader was swallowed by the 1-9 favorite as jockey Victor Espinoza asked American Pharoah for run and he quickly moved to the lead before the top of the stretch.

American Pharoah roared away from his foes. He devastated his opponents, winning by eight lengths.

The victory in the $1 million race sends American Pharoah off toward the May 2 Kentucky Derby.

Trainer Bob Baffert has American Pharoah and the undefeated Dortmund in his stable. The pair likely will be the first and second choices should they make it to the starting gate as expected for the Run for the Roses.

One thing I love about American Pharoah - how he breaks with ears pricked and still has them that way crusing at the finish. #Class #TC15

Jockey Victor Espinoza (@EspinozasVictor), the rider of American Pharoah, will look to become the 6th jockey to win back-to-back Derbys.

No one was even close to American Pharoah today. pic.twitter.com/N61RoLePhf

Another blowout by American Pharoah #ArkDerby

American Pharoah will never get 10f in the @KentuckyDerby

American Pharoah is a #FREAK. I haven't seen anything like that before in a grade 1!!! Too easy.