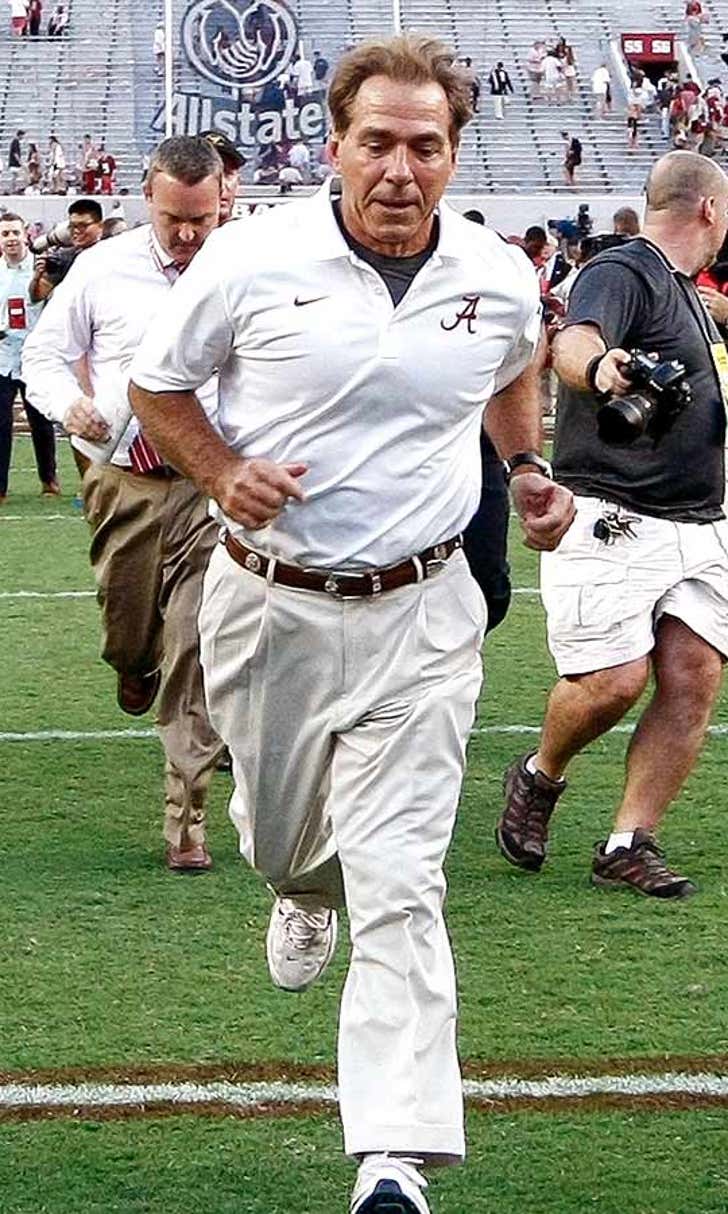 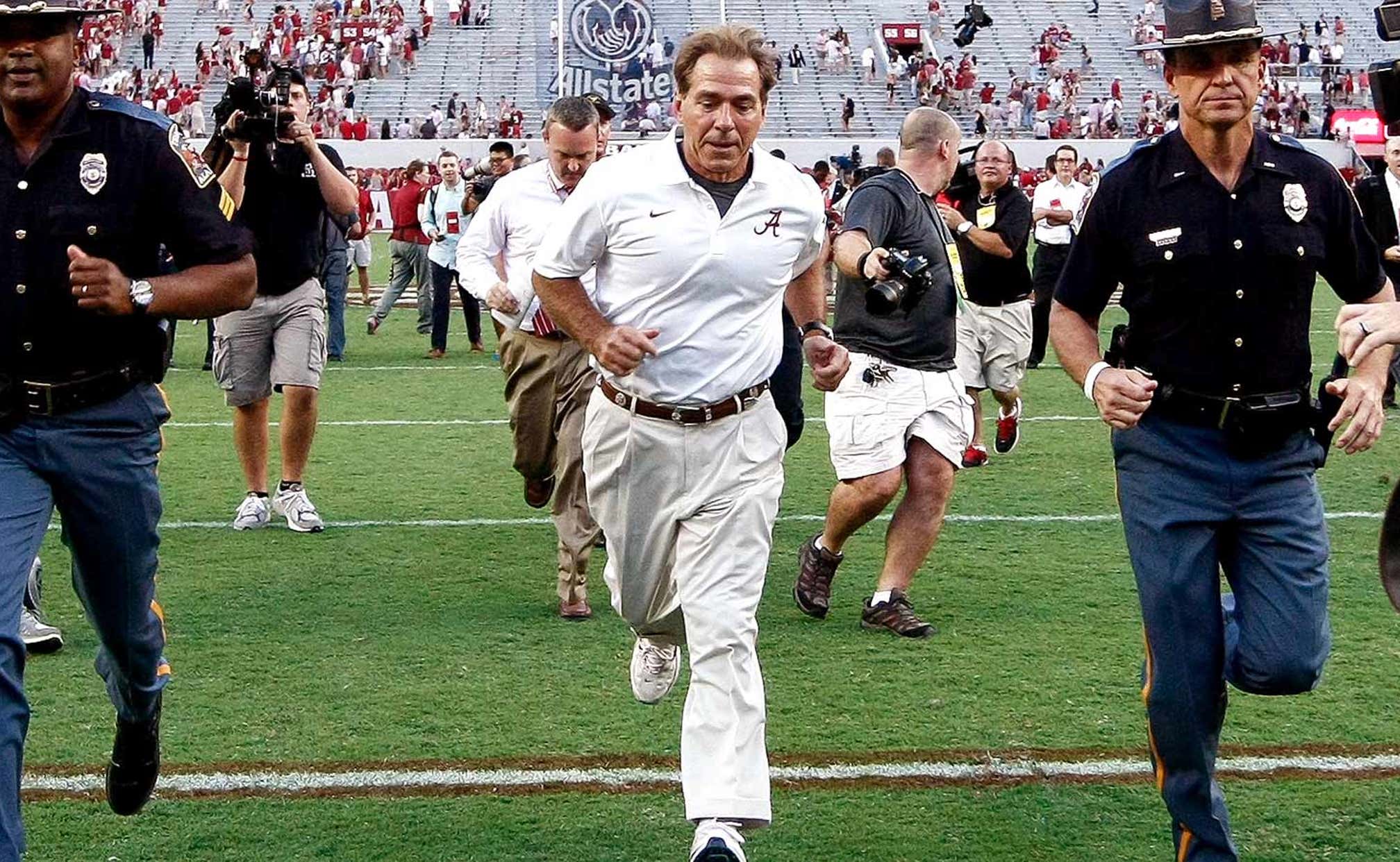 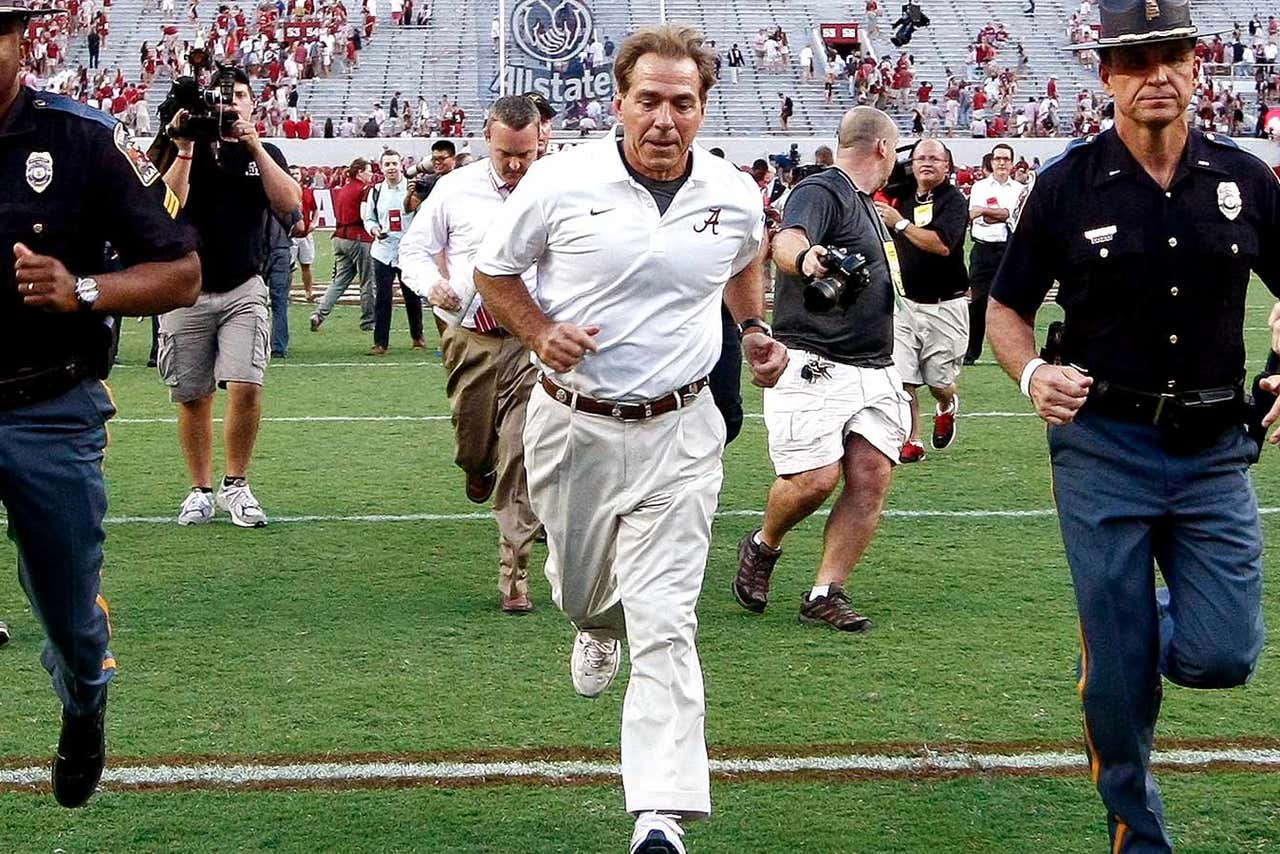 SEC football coaches have substantial sideline security details, frequently encompassing multiple jurisdictions. Former Tennessee coach Phil Fulmer used to have state troopers, local Knoxville sheriffs, and a University of Tennessee police officer as part of his sideline security. Derek Dooley, stop laughing, used to have a state trooper who, and I'm not making this up, stood with his hand resting on his holstered gun during all press conferences, as if at any moment he might need to draw his gun and slay a member of the media.

But most of the time these guys don't really do much anything.

That is, unless you step to Nick Saban in the frenzy of a post-game field rush.

DO NOT APPROACH LORD SABAN, OLE MISS BRO, BECAUSE YOU WILL DIE.

How many times do you think this cop has watched this choke slam video? He's got it on constant loop in his office, right? Hell, Alabama could have used him on defense.

I'm a little surprised, honestly, that Lord Saban even needed this protection. Usually Saban would just choke this Ole Miss bro Darth Vader style, by raising his fist and slowly squeezing. But that was back in the days when Alabama was good at football. Now the Tide, just 4-3 in its last seven games with losses to every top 25 opponent, is just another team. Saban's lucky he's not Mike Shula. Mike Shula's security detail used to let Auburn fans choke him after the games. That's the way Saban's headed too. The Tide fan base is close to turnining on Saban, a sight so glorious that it's hard to even imagine. Remember, Alabama has always been good in a social media era. Can you imagine what their fans are going to be like when the Tide inevitably descend back to mediocrity?