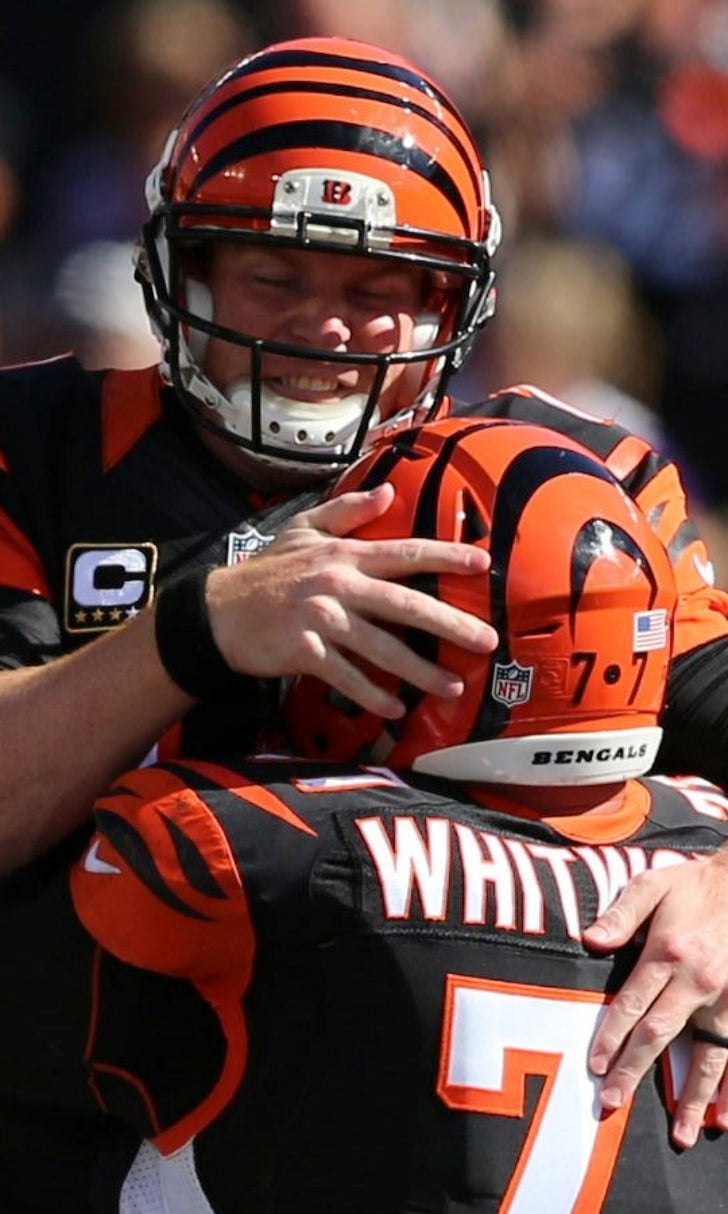 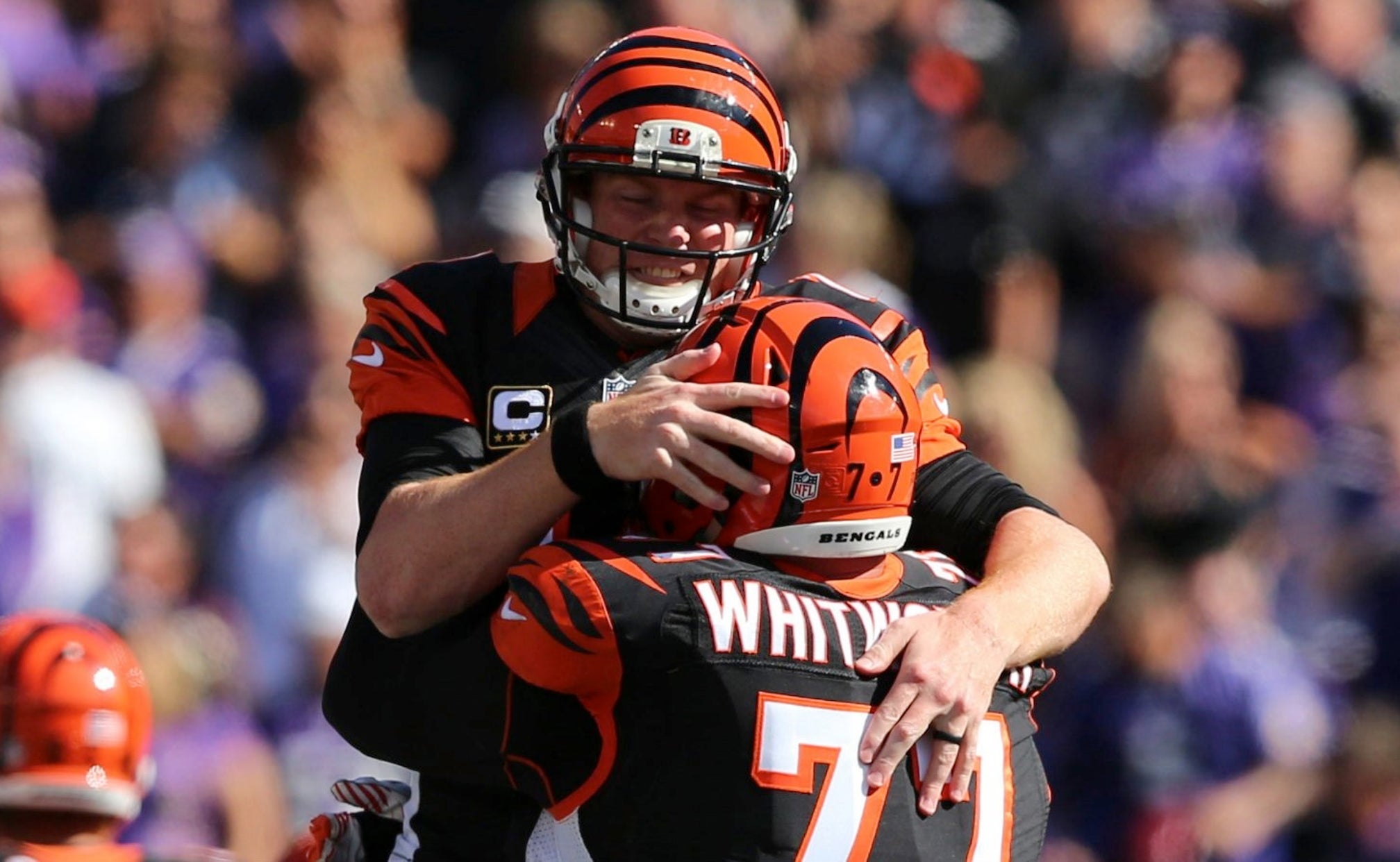 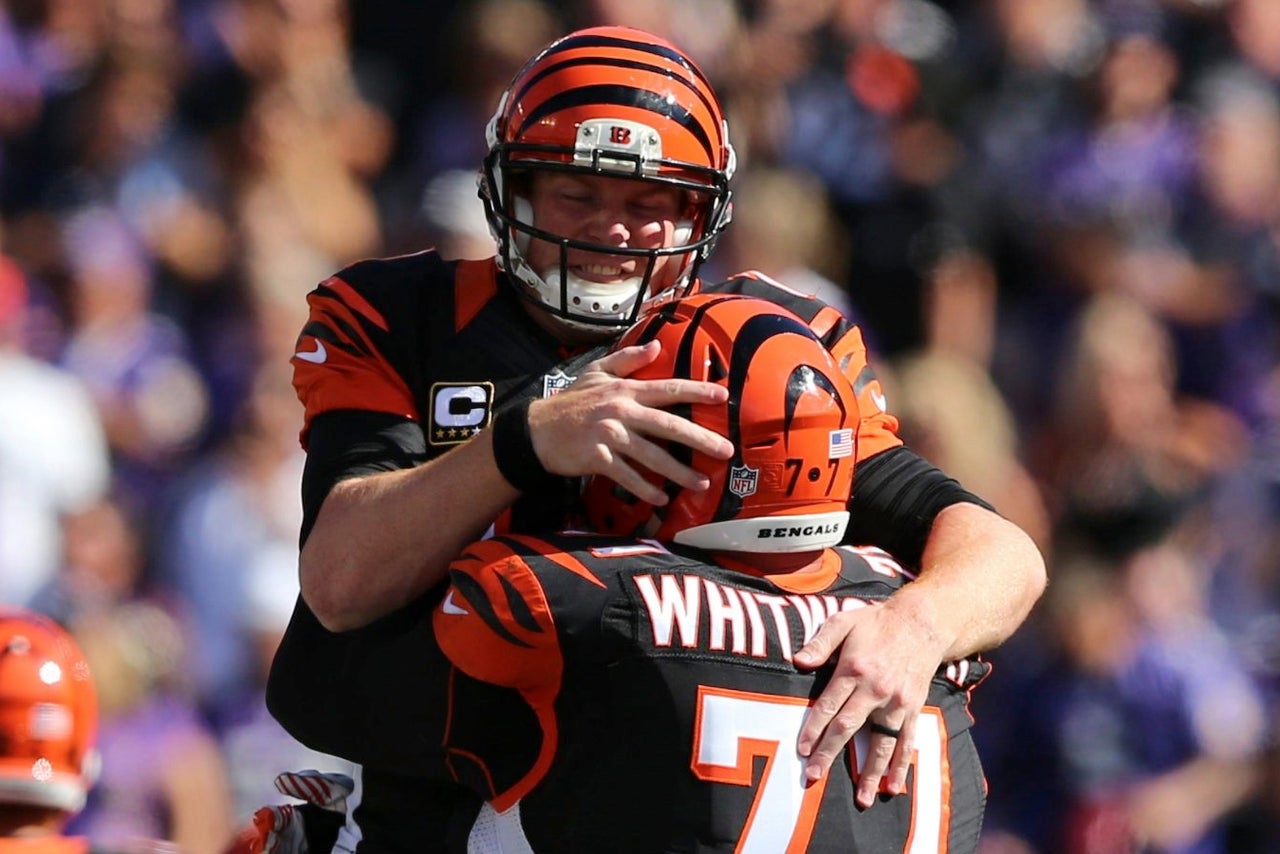 BALTIMORE (AP) -- The Cincinnati Bengals answered the Ravens' long pass play with one of their own and earned a rare feel-good win in Baltimore.

A.J. Green caught a 77-yard touchdown pass from Andy Dalton with 4:58 left, and the Bengals blew a 15-point lead before bouncing back to beat the Ravens 23-16 Sunday.

Green got behind cornerback Chykie Brown, who was pressed into a starting role for the injured Lardarius Webb. The ball popped from Green's grasp before he gathered it in and took it to the end zone.

The subsequent 2-pont conversion made it 23-16.

The score came just 48 seconds after Baltimore newcomer Steve Smith caught an 80-yard touchdown pass from Joe Flacco, who overcame a slow start to finish 35 for 62 for 345 yards and an interception.

Dalton went 25 for 38 for 301 yards to help the Bengals end a four-game losing streak in Baltimore.

Following Green's score, Flacco took the Ravens to the Cincinnati 16 before he was sacked on third and fourth down, the last with 55 seconds left.

Mike Nugent kicked five field goals to give the Bengals a 15-0 halftime lead.

Baltimore cut it to 15-10 before Smith broke his pattern to go deep as Flacco scrambled out of the pocket. Smith hauled in a pass along the left sideline and shook off Adam "Pacman" Jones with his right arm before stepping into the end zone.

Smith, who played 13 seasons with Carolina before signing as a free agent, finished with seven catches for 118 yards in his Ravens debut.

Playing without starting running back Ray Rice, who began a two-game suspension for domestic violence, the Ravens mustered only 91 yards rushing.

Starter Bernard Pierce, who gained 14 yards on six carries and lost a fumble, was overshadowed by Justin Forsett, who ran for 70 yards and a touchdown.

The Baltimore passing attack wasn't much better early. Operating under the West Coast-style attack of first-year offensive coordinator Gary Kubiak, the Ravens gained only 97 yards in the first half.

Both teams were affected by injuries. Baltimore placed Webb on the inactive list with a back injury, and Dalton repeatedly picked on Brown.

The Bengals lost Pro Bowl linebacker Vontaze Burfict to a concussion late in the second quarter, and tight end Tyler Eifert left in the first half with a right elbow injury.

Flacco was booed by many in the sellout crowd after throwing an interception to end a promising third-quarter drive. On Baltimore's next series, however, Flacco finally put together his first scoring drive of the season.

Completing six of seven passes for 63 yards, he moved the Ravens 82 yards for a touchdown -- a 13-yard run by Forsett.

Baltimore's defense then produced its first three-and-out, and Flacco followed with a 14-play drive that produced a 38-yard field goal to make it 15-10 with 10:28 remaining.

Nugent connected on field goals of 49, 22, 28, 46 and 38 yards before halftime, and Baltimore's lone effective drive ended horribly on the final play of the half.

A 45-yard punt return by Jones set up another field goal, and Nugent made it 9-0 at the end of an 11-play drive.

At that point, Baltimore had only two first downs -- one on a facemask penalty.

Nugent added another 3-pointer with 4:36 left in the half, and Pierce immediately lost a fumble to set up Nugent's fifth field goal.

The Ravens then moved to the Cincinnati 15 with 8 seconds left. Flacco bounced around in the pocket, cut right as time expired and was sacked, ending Baltimore's chance to at least get a field goal.