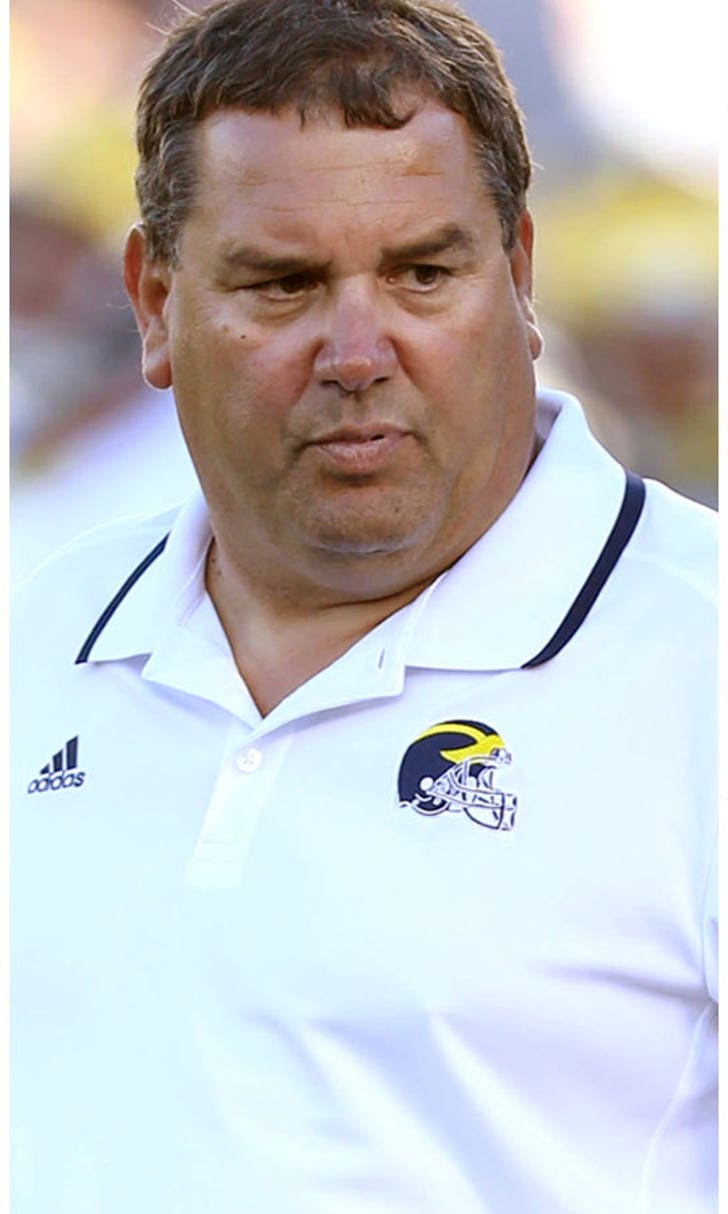 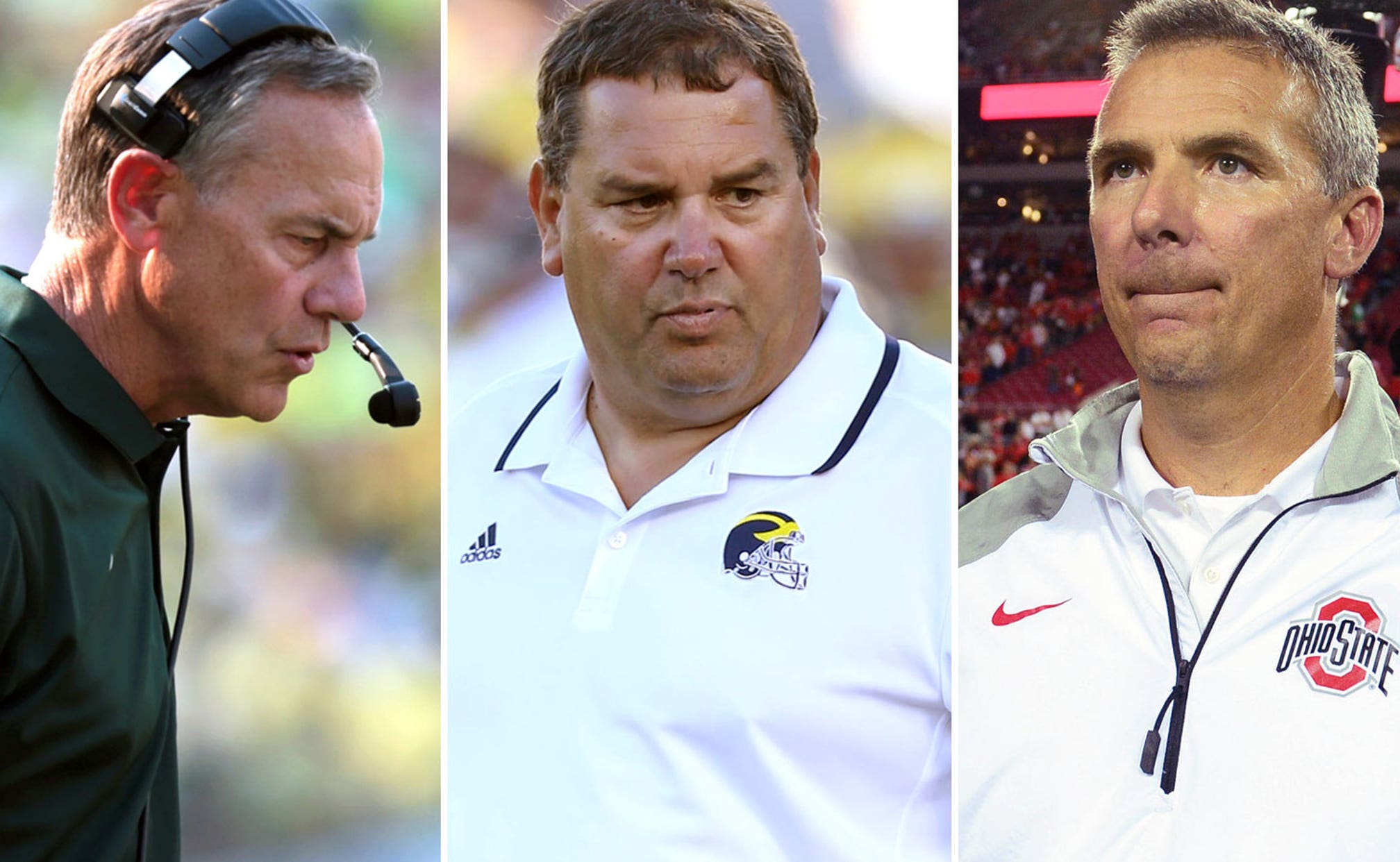 There are a couple of tough nonconference tests on the Big Ten schedule this week and rivalry games, too, but this week is more about recovery.

The proud brand took a hit with decisive defeats by Michigan State, Ohio State and Michigan to high-profile opponents, and the Spartans have this Saturday off to recuperate from a decent performance at Oregon that got out of hand at the end.

They pivoted nicely last year from an early loss to Notre Dame, bouncing back after a bye to win at Iowa -- and every game after that, including the conference championship and the Rose Bowl.

"We lost a football game, but I don't think we lost our team and there's a big difference there," coach Mark Dantonio said Tuesday. "When you climb the mountain, you get up high, and the peaks are very steep."

Wisconsin lost to LSU in its season opener, fading late in the game. The Badgers, albeit against an FCS team, took out their frustration with a convincing victory over Western Illinois.

"I didn't feel a hangover. I didn't think they had a problem," coach Gary Andersen said. "It hurt `em, and they're not going to forget the loss, but I believed they've moved on in a professional manner."

The Buckeyes (Kent State) and Wolverines (Miami of Ohio) host Mid-American Conference teams that were slated as 30-plus-point underdogs on betting lines this week.

Ohio State stumbled against Virginia Tech last weekend in the program's first nonconference loss at home to an unranked team since 1982. Michigan was shut out by Notre Dame, snapping an NCAA-record streak of scoring in 365 straight games that began in 1984.

Both teams could use the apparent break against a school outside of the power 65 teams, though the MAC is always extra motivated against the Big Ten as Central Michigan reiterated last Saturday with a three-touchdown victory at Purdue.

The 20-7 collective record so far is the worst nonconference record of the five major leagues. There were some shaky wins last week, too, with Nebraska (McNeese State), Iowa (Ball State) and Illinois (Western Kentucky) barely getting by lower-tier foes with late surges.

Buckeyes coach Urban Meyer said he didn't notice the other scores around the conference until the next morning when he sat down to vote in the Top 25 poll.

"Keep recruiting," Meyer said, when asked how the Big Ten could avoid a repeat of this humbling weekend. "There's no easy answer."

OK, all is not lost. There are plenty of games left to re-establish that national credibility, starting Saturday: Iowa takes on rival Iowa State, Purdue travels to Indianapolis for a major upset bid against Notre Dame, Illinois plays at Washington, Maryland hosts West Virginia and Minnesota goes to TCU.

Mid-September is too soon to write any team or conference off, of course. Michigan State, despite that early setback against Notre Dame, likely would have been picked for the four-team playoff last season if the new system was in place then.

The Big Ten's postseason outlook has already brightened since that rough weekend. Penn State learned it could be eligible for a bowl bid, with the lifting of the most severe NCAA sanctions stemming from the child sex abuse scandal revealed three years ago.

"We've got a lot of respect and always have for Penn State and the kids who play there and the university, so yeah is it good for the Big Ten? Yes, it is," Michigan coach Brady Hoke said.

Wisconsin can still make a run, with Michigan State, Ohio State, Penn State and Michigan absent from the schedule. Iowa and Nebraska are still undefeated, as are Minnesota, Indiana, Illinois, Maryland, Penn State and Rutgers.

Rutgers has its first Big Ten game this weekend, a hot ticket with Penn State in town and a marquee event that Rutgers coach Kyle Flood has been trying to embrace.

"First impressions in life matter. This is our opportunity to make a first impression in the Big Ten conference, and we get a chance to do it at home on (the Big Ten Network) playing against our neighbors to the west," Flood said. "I think when those opportunities arise in life you don't want to downplay them."