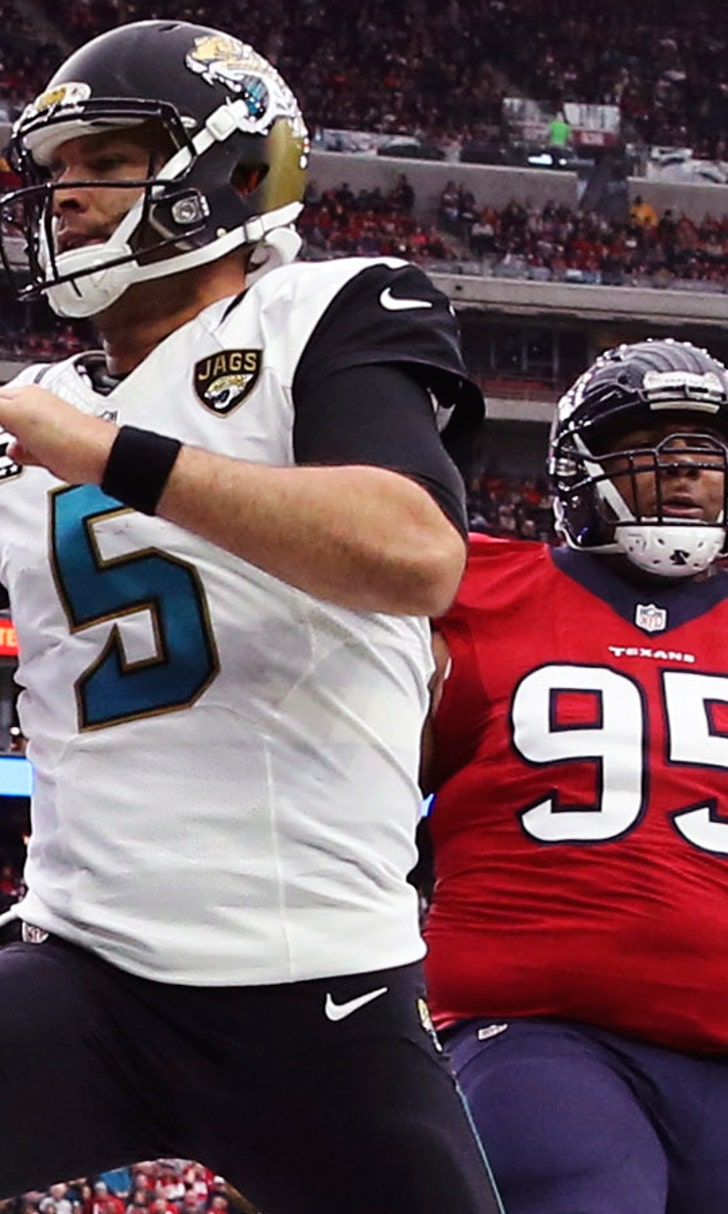 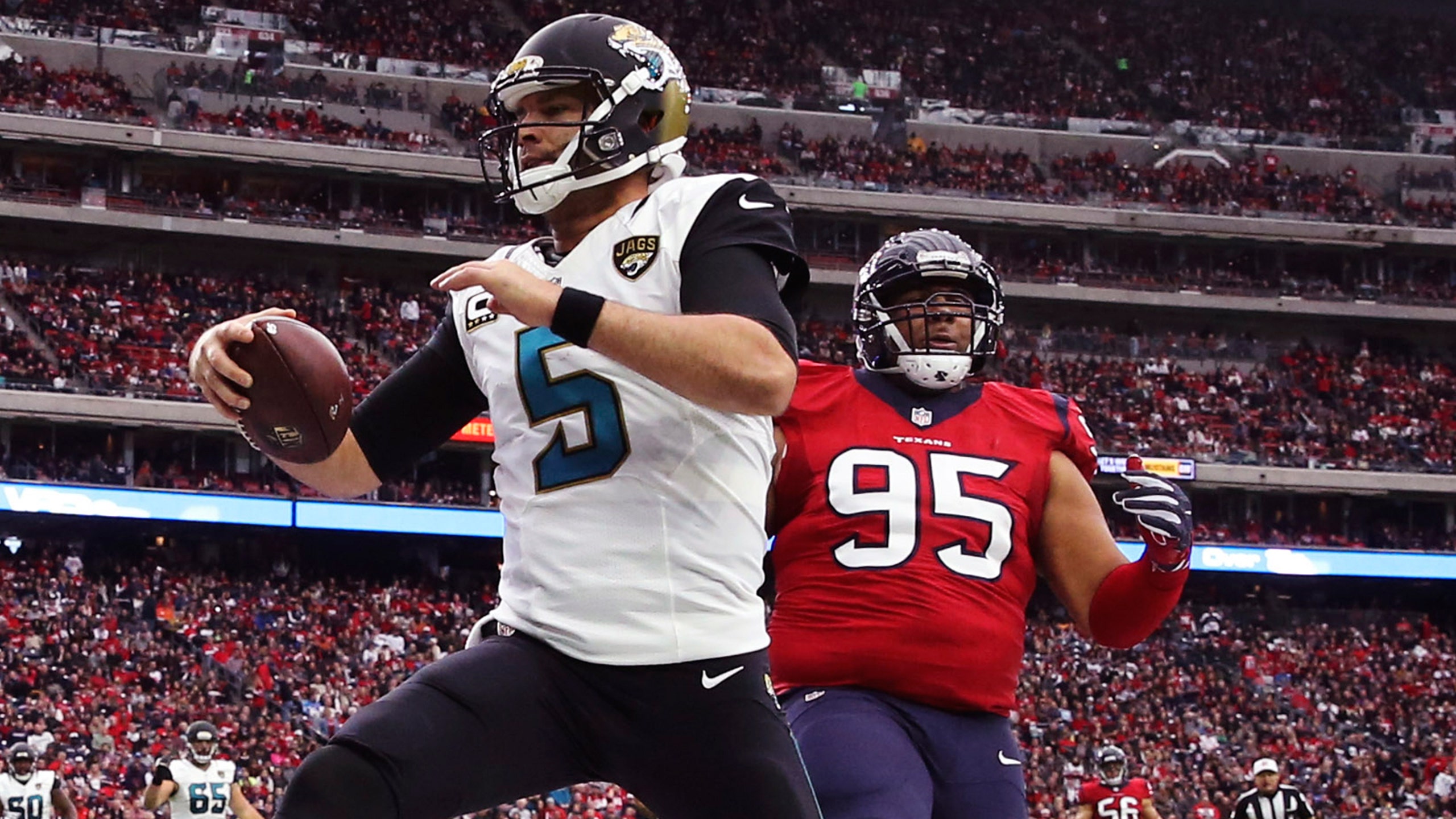 After another subpar year, Jaguars' Blake Bortles determined to have strong offseason 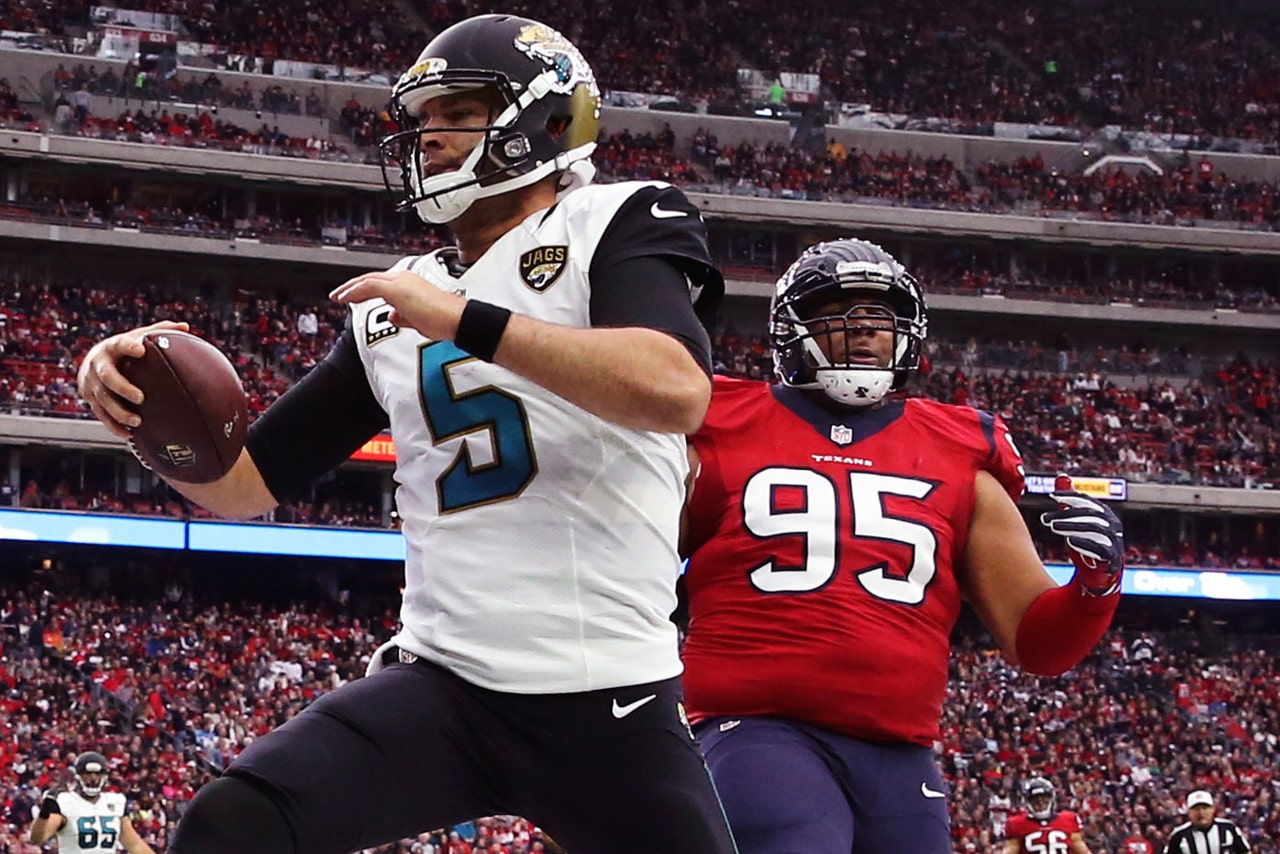 He might need to if he's going to keep his job.

Although most believe Bortles will be Jacksonville's starter next season, general manager Dave Caldwell said recently he wouldn't mandate that the new coach be committed to Bortles.

"I totally get that," Bortles said. "Whoever the new head coach is, I totally understand that he's going to play at quarterback who he wants to play at quarterback and I have no problem with that. I understand that. I think it's the right thing to do. That's part of why I'm going out and getting ready to have my best offseason, so I'm ready to come in to compete for a job if it comes for that."

Caldwell drafted Bortles with the third overall pick in the 2014 NFL draft, believing the former UCF standout would develop into a franchise quarterback. Bortles looked the part in 2015, but regressed significantly in his third season.

He completed 58.9 percent of his passes for 3,905 yards, with 23 touchdowns and 16 interceptions this season. His mechanics were mostly a mess , his faulty footwork causing inaccuracy and his elongated windup making it easier for defenders to break on his passes.

Bortles was one of the main issues for the Jaguars (3-13), who finished with double-digit losses for the sixth straight season and missed the playoffs for the ninth consecutive year. It cost offensive coordinator Greg Olson his job in late October and coach Gus Bradley his in December .

Helping Bortles fix his flaws will be key for the next regime.

Caldwell said he ideally would like to hire someone with previous head coaching experience, but said it's not a must.

Getting Bortles back to his 2015 form is.

"It's not just going to magically happen over the offseason," Bortles said.

Giving his injuries, time to heal should help, too. Bortles said Monday he played more than half the season with a slightly separated right shoulder as well as tendinitis in his right wrist.

"I know my body and know how I can throw a football, I think it would be stupid to say that there weren't throws that were affected by the wrist or by the shoulder," Bortles said. "I think that's part of playing with injuries. Things are going to happen. They're going to affect you differently. You're going to have to find ways to use other parts of your body to compensate and still deliver efficiently. There were times where I didn't do that.

"It's not saying that if I was 100 percent healthy I'd make all the throws. I wouldn't. I'd still miss throws. But I would say there was throws or stuff that I missed related to what was going on (with the shoulder and wrist)."

Here are some other things to know about the Jaguars, who tied a single-season franchise record with nine consecutive losses:

Caldwell's end-of-season meeting with players lasted three minutes Monday, probably the shortest one in franchise history. There wasn't much to say. The Jaguars fell well short of expectations and soon will have a new coaching staff. One part that stood out to players was Caldwell mentioning that the message and mentality from the next coach would be focused on winning. Bradley's mantra focused on the process and not results.

The Jaguars have a top-five draft pick for the sixth consecutive year, extending an NFL record. The run includes cornerback Jalen Ramsey (No. 5 in 2016), defensive end Dante Fowler (third in 2015), Bortles (fifth in 2014), left tackle Luke Joeckel (second in 2013) and receiver Justin Blackmon (fifth in 2012). The Jaguars are slated to pick fourth overall on April, 27, 2017.

Jacksonville has some big decisions to make on a few high-priced players, most notably tight end Julius Thomas and defensive end Jared Odrick. Thomas is due to make $7 million in 2017, and Odrick is due to make $8 million. Both missed significant time in 2016. The Jags also have contract options on Bortles (fifth-year option) and left tackle Kelvin Beachum.