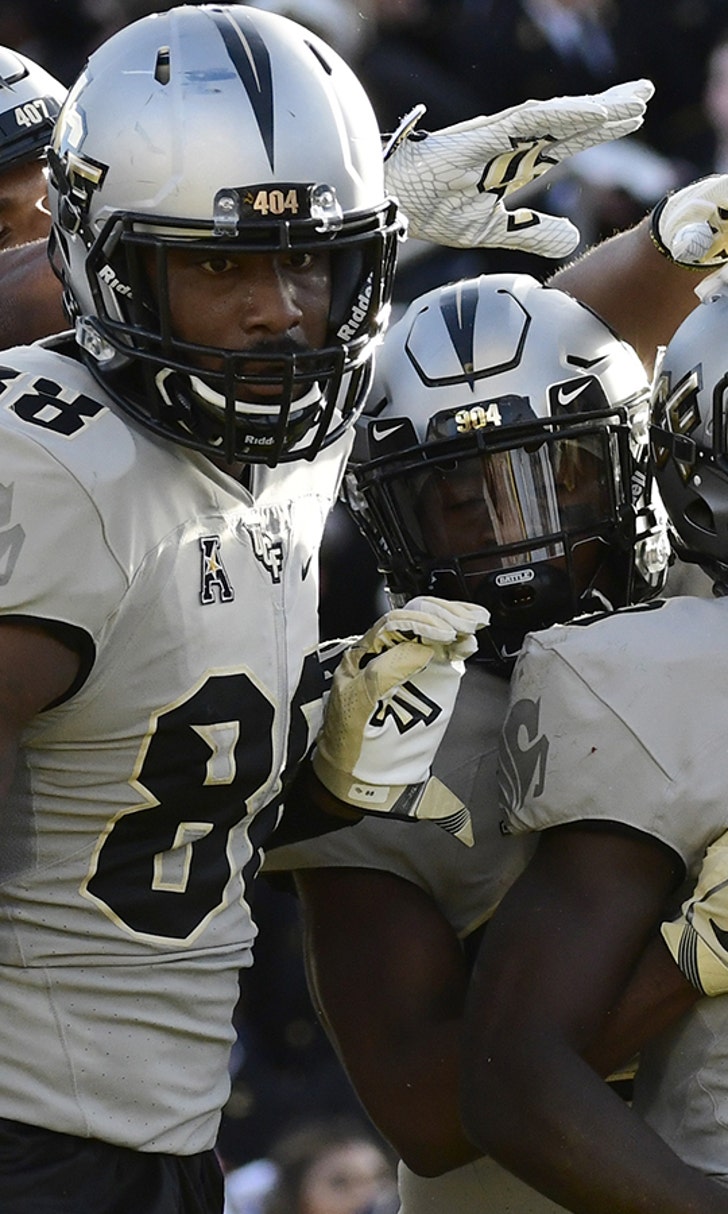 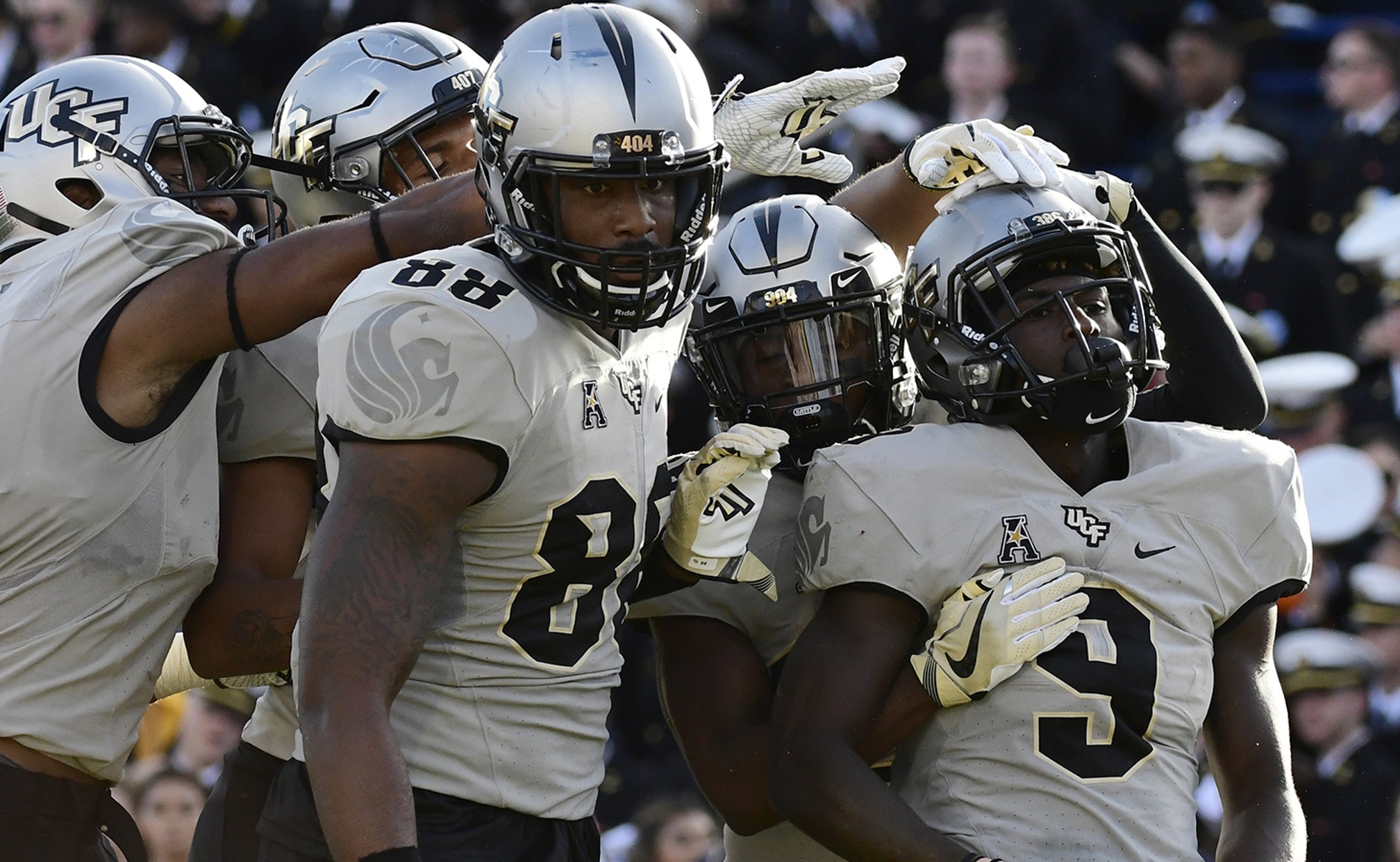 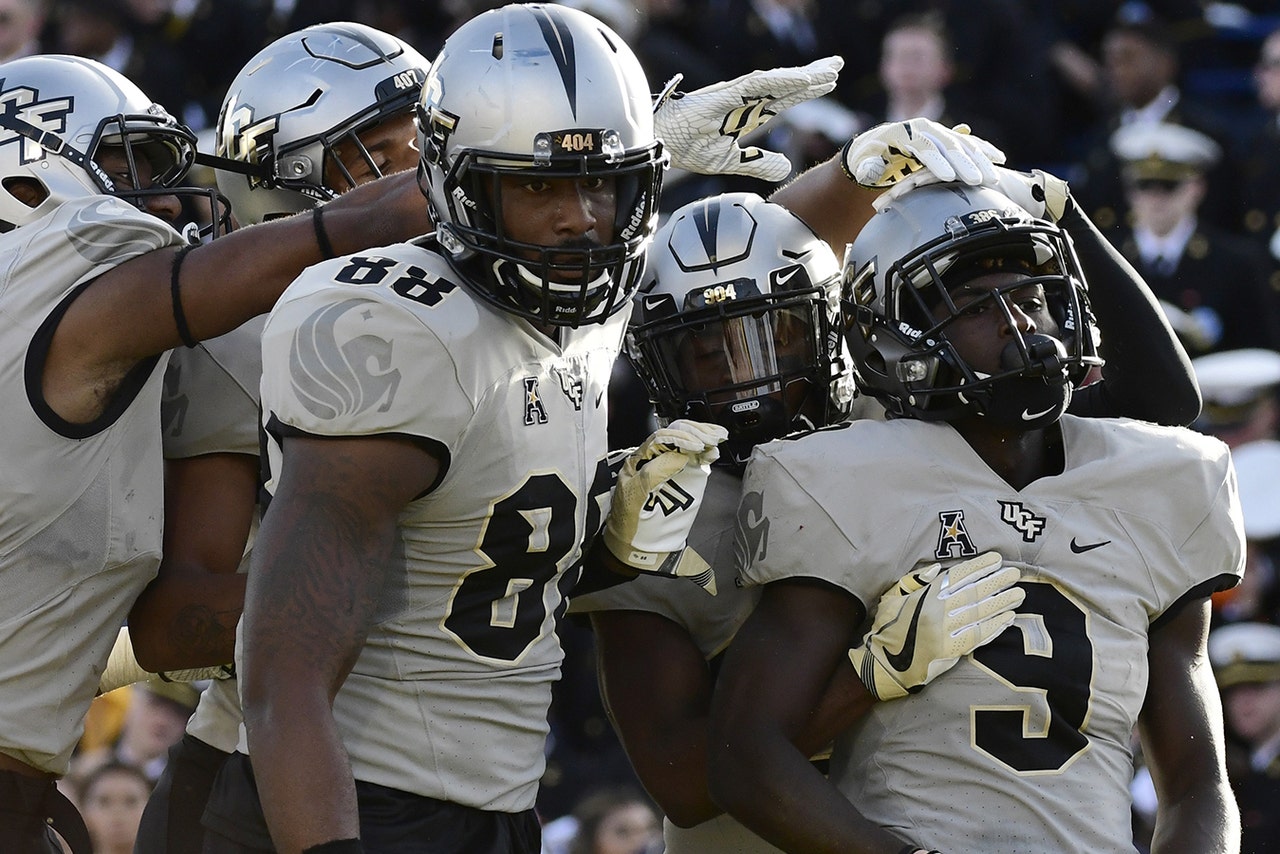 ANNAPOLIS, Md. (AP) -- Central Florida finally had been tested in a tight game, and someone wondered if coach Scott Frost enjoyed seeing how his team reacted to the situation.

"Heck no. I lost a year off my life tonight," Frost said Saturday after the Knights' 31-21 victory over Navy. "You need close games because you need to see how your kids experience those situations, but they're not fun. It was stressful."

Adrian Killins ran for 122 yards and two touchdowns, McKenzie Milton passed for 233 yards and the 20th-ranked Knights pulled out an excruciating victory to improve to 6-0 for the first time in school history.

The Knights came in averaging 50.6 points with an average winning margin of 33.8 points. UCF didn't come close to matching either of those numbers, but it did end Navy's 17-game home winning streak during the regular season.

"We knew we were in for a battle ," Frost said. "We're glad and lucky to get out of here with a win."

It was tied in the third quarter before Killins bolted down the right sideline for a 79-yard touchdown run to put the Knights ahead for good.

The Midshipmen (5-2, 3-2) kept it close, but their chances of pulling off an upset dwindled after quarterback Zach Abey was forced from the game in the third quarter. Abey was dazed from a hit to the helmet at the end of a run and had to be helped off the field.

"I felt pretty confident out there," Lewis said. "It's pretty much like practice."

Lewis and Navy got the ball back after Milton threw an ill-advised interception. The Midshipmen moved inside the UCF 40 before Lewis sent a late pitch to Darryl Bonner, who fumbled when hit by cornerback Brandon Moore.

"That was my fault," Lewis acknowledged.

Moore recovered the loose ball with just over seven minutes remaining, and UCF freshman Otis Anderson scored the clincher on a 10-yard run with 3:30 to go.

"That last touchdown was huge. I was really happy for him," Frost said.

The first half ended with UCF up 14-7. It wouldn't have been nearly that close of the Knights didn't have one drive ruined by successive penalties, fail on fourth down at the Navy 3 and miss a 45-yard field goal as the second quarter ended.

"I give them a ton of credit, but we should have scored four or five times early in the game," Frost said.

UCF: Milton's INT in the fourth quarter was poorly thrown, but the call wasn't too smart, either. "Maybe I should have had us in something different, but we've got to take care of the football there," Frost said.

Navy: After committing five turnovers last week in a loss to Memphis, the Midshipmen lost a fumble, were intercepted twice and penalized four times. "We knew coming in we had to have a clean game," coach Ken Niumatalolo said. "We knew we couldn't have foolish penalties, which we did, missed assignments, which we had."

UCF: The Knights proved they can win -- and score -- even when not at their best. UCF did what was required to repel a very good team on its home field, and perhaps this close game will prove beneficial if and when the Knights get involved in another tight affair.

Navy: It's all about the system for Navy. Though Lewis had appeared previously only in a mop-up role, he did a decent job of directing the option against a defense that knew the run was coming. Though Navy will never settle for moral victories, the Midshipmen can take consolation in hanging with an unbeaten Top 25 team averaging more than 50 points a game.

UCF: The Knights host Austin Peay next Saturday. The game was arranged in September after UCF-Georgia Tech was canceled by Hurricane Irma.

Navy: The Midshipmen are off until Nov. 2, when they face Temple in nationally televised Thursday night clash.