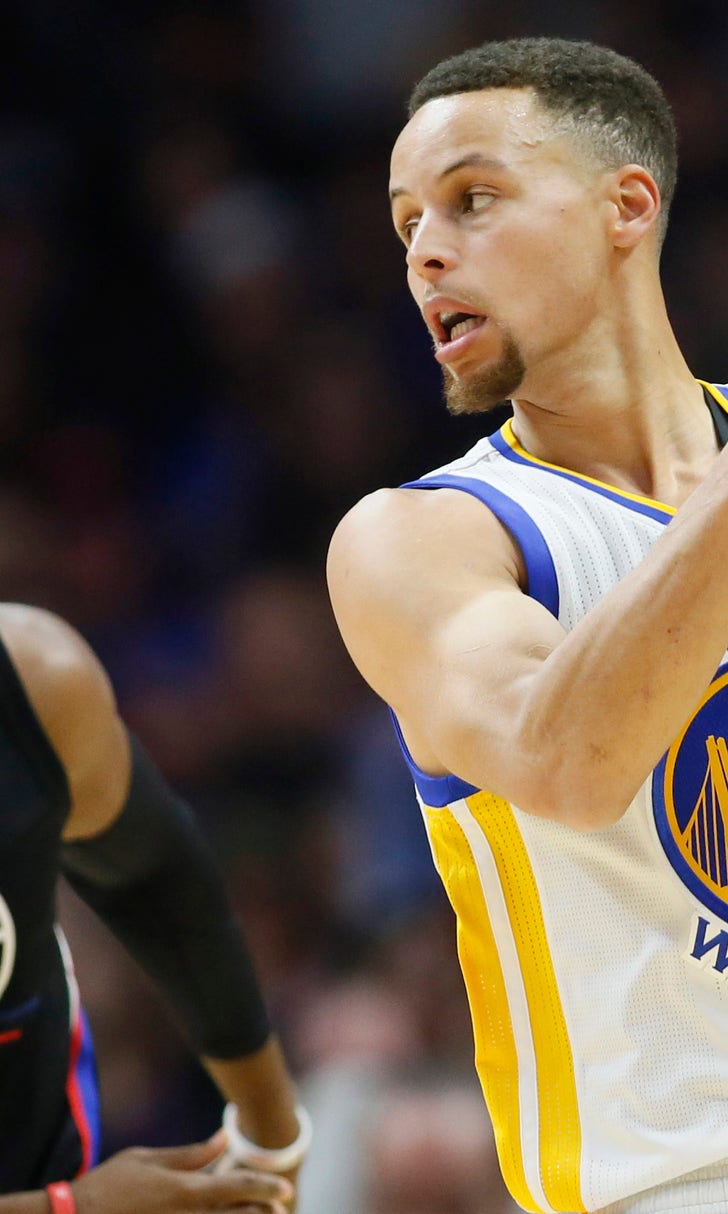 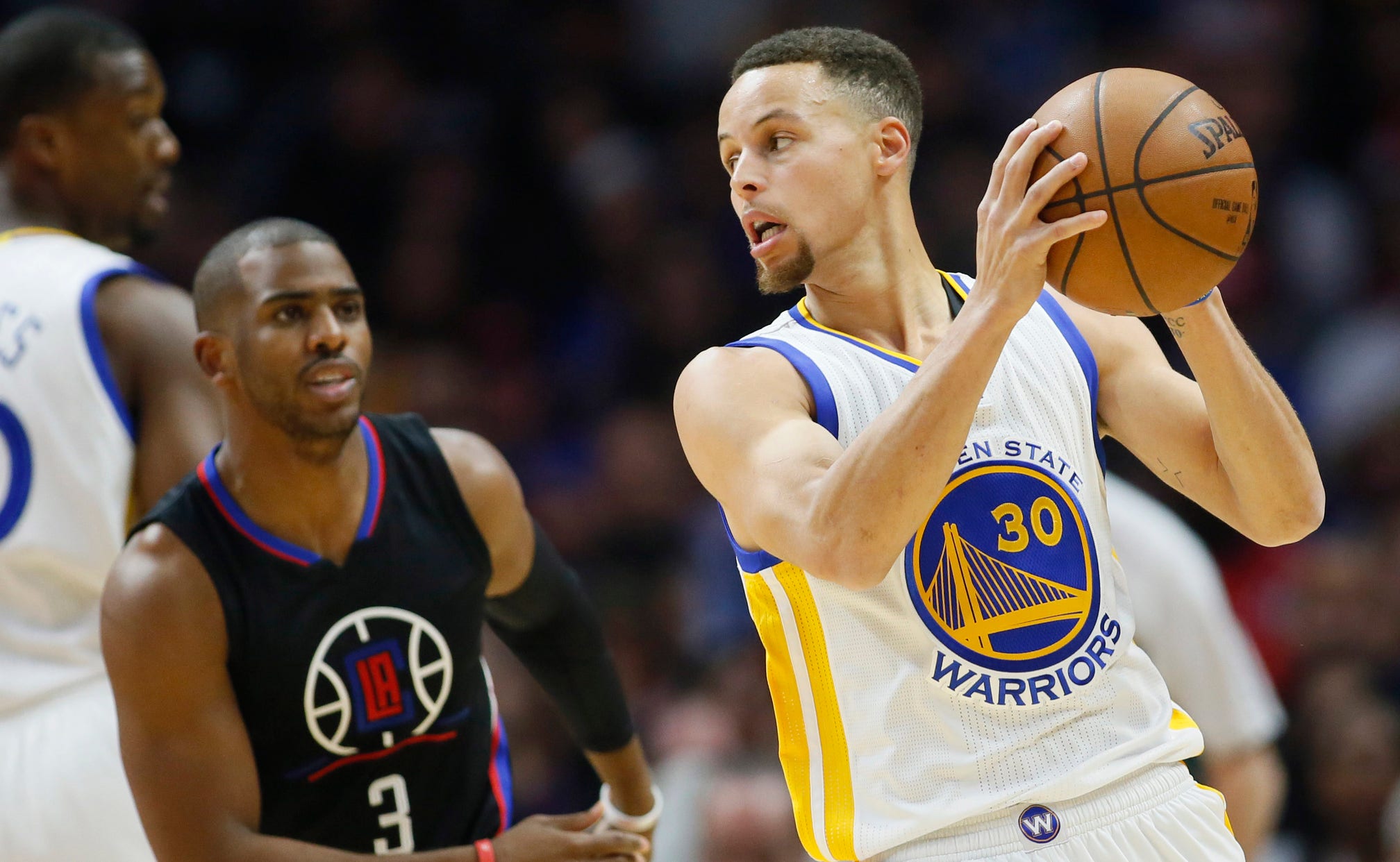 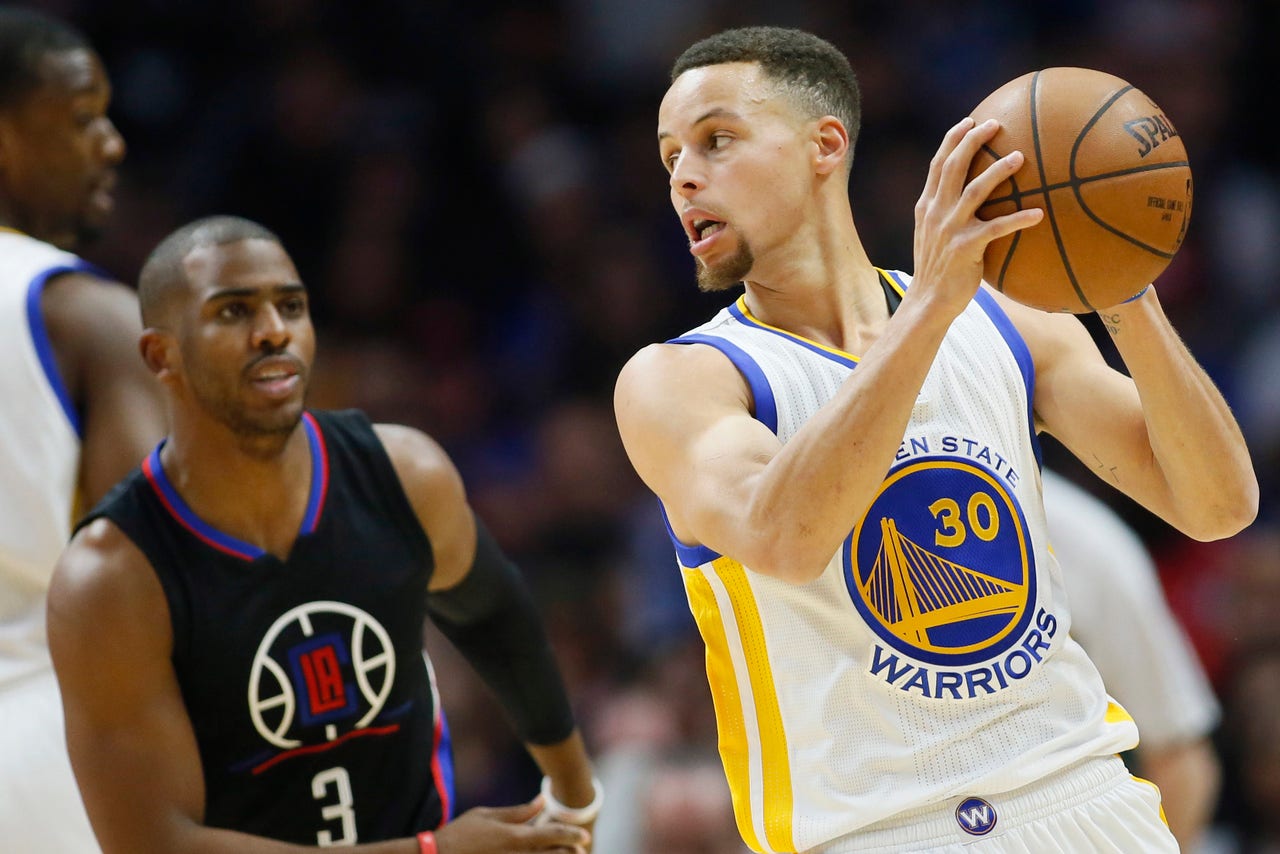 LOS ANGELES -- The Golden State Warriors defeated the Los Angeles Clippers, 115-112, on Saturday, dropping the Clips to 36-19 this season.

Draymond Green is 6-foot-7. DeAndre Jordan is 6-foot-11. Both have long arms, but Jordan is more athletic, and a better rebounder and shot-blocker. Yet Green more than held his own, arguably winning the individual matchup by drawing Jordan toward the 3-point line, driving and scoring over him a handful of times, and using his lower-body strength to compete on the glass.

This was the first time the two went head-to-head for an extended period of time, as Blake Griffin, Andrew Bogut and Festus Ezeli all sat out, messing with both team's rotations. Though Jordan crushed the rebounding battle, 21-11, Green was the more effective player, which negated the Clippers' greatest advantage against the Warriors (Jordan's size, athleticism and two-way dominance).

The Clippers have proven now in three games against the Warriors that they can compete on the offensive end. All three losses have been by seven points or less, and the Clippers have generally figured out how to attack the Warriors' dynamic defense with relative success. Regardless of who's defending them, Chris Paul and Jordan have been effective, as was Griffin in the first two matchups.

Los Angeles' defense, however, hasn't been able to stop the Warriors' pass-happy offense. When Golden State is moving the ball, driving and cutting against the Clippers' mistimed rotations, the Clips have virtually no shot at stopping them. This, more than anything else, needs to be addressed if these two teams face each other in the postseason, which is looking more and more like an inevitability.

Green underwhelmed in his Clippers debut, putting up 5 points (on 2-of-7 shooting), 2 rebounds, 1 assist and 3 turnovers in 20 minutes. He looked lost, for the most part, though it was unclear whether that was because it was his first game with the team, or because the Warriors tend to cause their opponents confusion (or perhaps both).

Green exclusively played at power forward and center, which has more to do with the fact that the Clippers only have two healthy big men in Jordan and Cole Aldrich. But it'll be interesting to see if Green anchors the second unit as their primary/secondary scoring option as a stretch 4, or if the Clips eventually slide him into the starting lineup as their main small forward.

Too little, too late

This was a weird game for a variety of reasons, but chief among them was the Clippers' second unit -- almost third unit, really -- making an improbable comeback in the last few minutes. The Clippers closed the game on a 13-0 run, getting a chance to tie the game with under five seconds remaining. After stealing the ball, though, second-year wing C.J. Wilcox miscalculated how much time was left, and threw up a double-clutch 3-pointer that airballed.

The Warriors' second unit didn't play well, and almost gave up the game. The Clippers' bench won the second-unit scoring battle, 54-18, and somehow had a greater impact (despite the Warriors being viewed as the deeper team). Since both teams were missing a starter and a key bench player, it's also not as if there were excuses for either side.

No moral victories, but...

The Clippers have consistently played the Warriors as well as anyone this season. That doesn't mean anything in the grand scheme of things if the Clips continue to lose to them in close games in the playoffs, but the Clips have a blueprint for sticking with the Warriors, and that's more than most other teams -- including the Spurs and Cavaliers -- can say at this moment.

Again, this could all be for naught if the teams meet in the second round and the Warriors win in five games. That's more than likely. But the Clippers seem to have the requisite personnel to keep things close, giving them a puncher's chance if they can get a little lucky and make a few adjustments, especially with their bench.