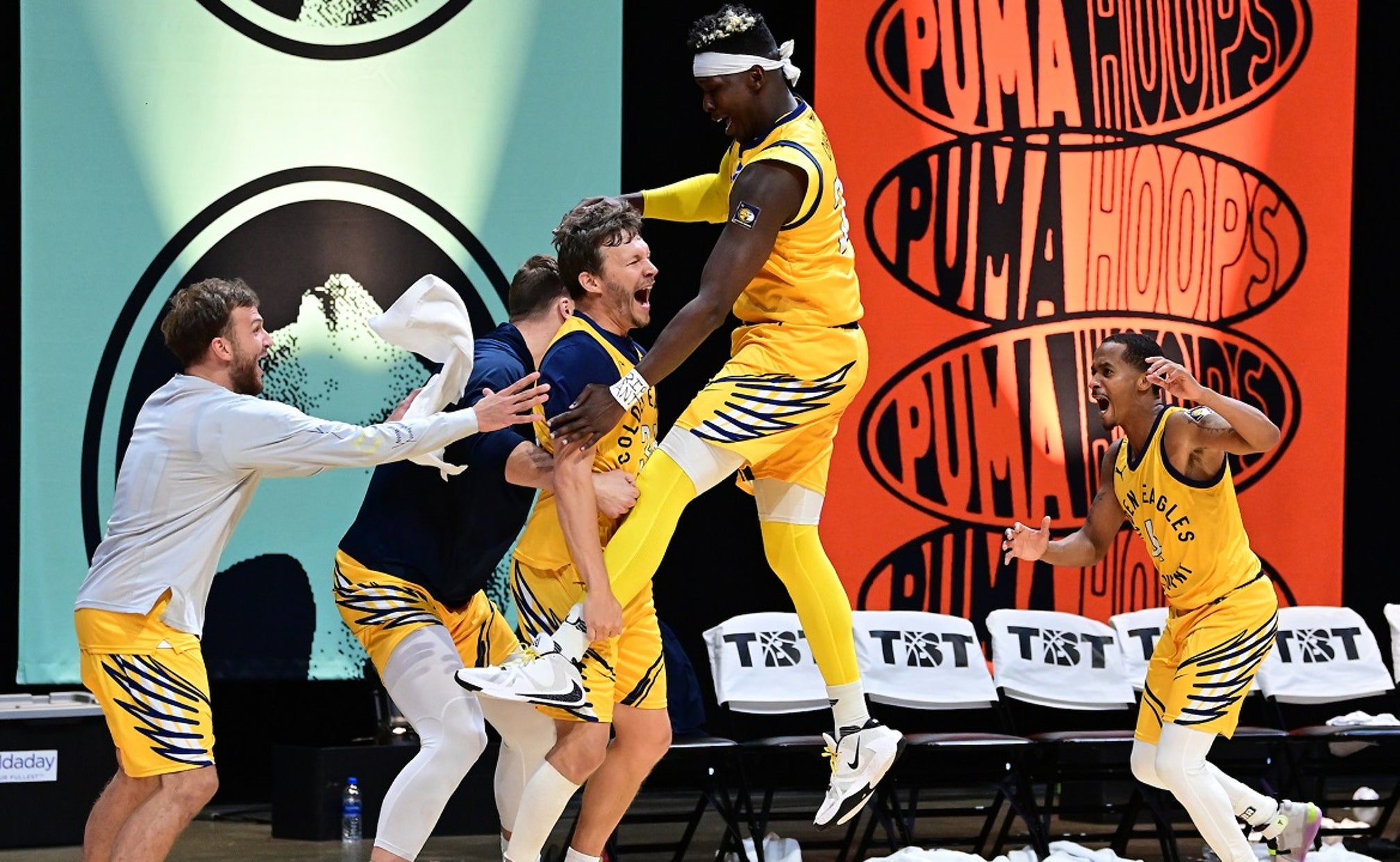 With one clutch 3-pointer, 38-year-old Travis Diener made himself and his teammates quite a bit richer.

Tuesday evening marked the finals of this year's The Basketball Tournament, an open-application, single-elimination 5-on-5 tournament which has annually featured a $1 million prize for the winning team since 2015.

TBT, as the tournament is affectionately known, employs the "Elam Ending." Here's how it works: Rather than the game ending when the clock expires, teams play to a point total, based on the score at a certain time in the game.

For TBT, the target score is set as the winning team's score with four minutes remaining in the fourth quarter, plus eight points. So on Tuesday night, with the two teams tied at 70-70 at the four-minute mark, the first to 78 won.

It creates a dramatic ending far more often than not, as we saw with Diener's 3-pointer.

Yet as clutch as the shot was, perhaps the best part of Tuesday night was seeing the players celebrate their financial windfall in real time.

After the game, the Golden Eagles stepped up to a giant video board and pressed send on their $1 million prize.

Then, when the players were at the podium discussing the win, the money hit their bank accounts — and they couldn't help but celebrate.

Some of the biggest names in Marquette basketball history congratulated the team on the win, including Diener's former teammate, Dwyane Wade, and his former head coach, Tom Crean.

All in all, it was an outstanding ending to an exciting event.

Congratulations to the Golden Eagles, and thanks to everyone who made The Basketball Tournament so much fun.

Get more from Marquette Golden Eagles Add to your favorites to get information about games, news and more.
in this topic

Marquette Golden Eagles
share story
those were the latest stories
Want to see more?
View All Stories
Fox Sports™ and © 2020 Fox Media LLC and Fox Sports Interactive Media, LLC. All rights reserved. Use of this website (including any and all parts and components) constitutes your acceptance of these Terms of Use and Updated Privacy Policy. Advertising Choices. Do Not Sell my Personal Info