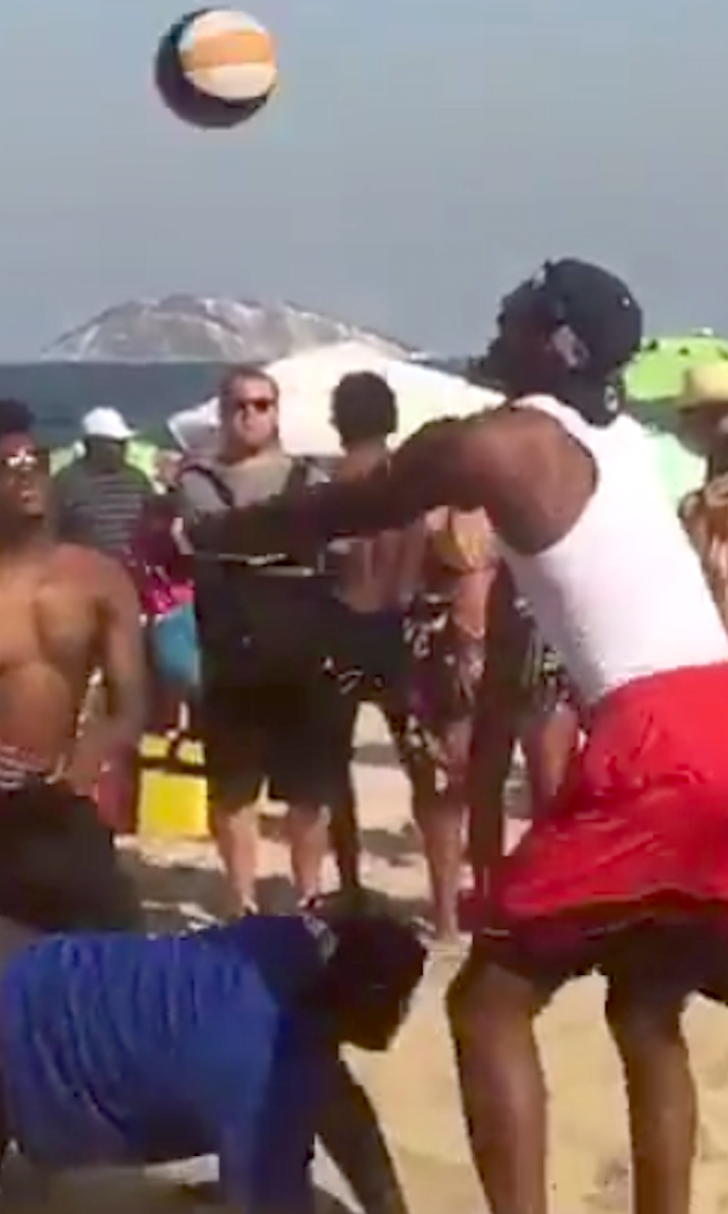 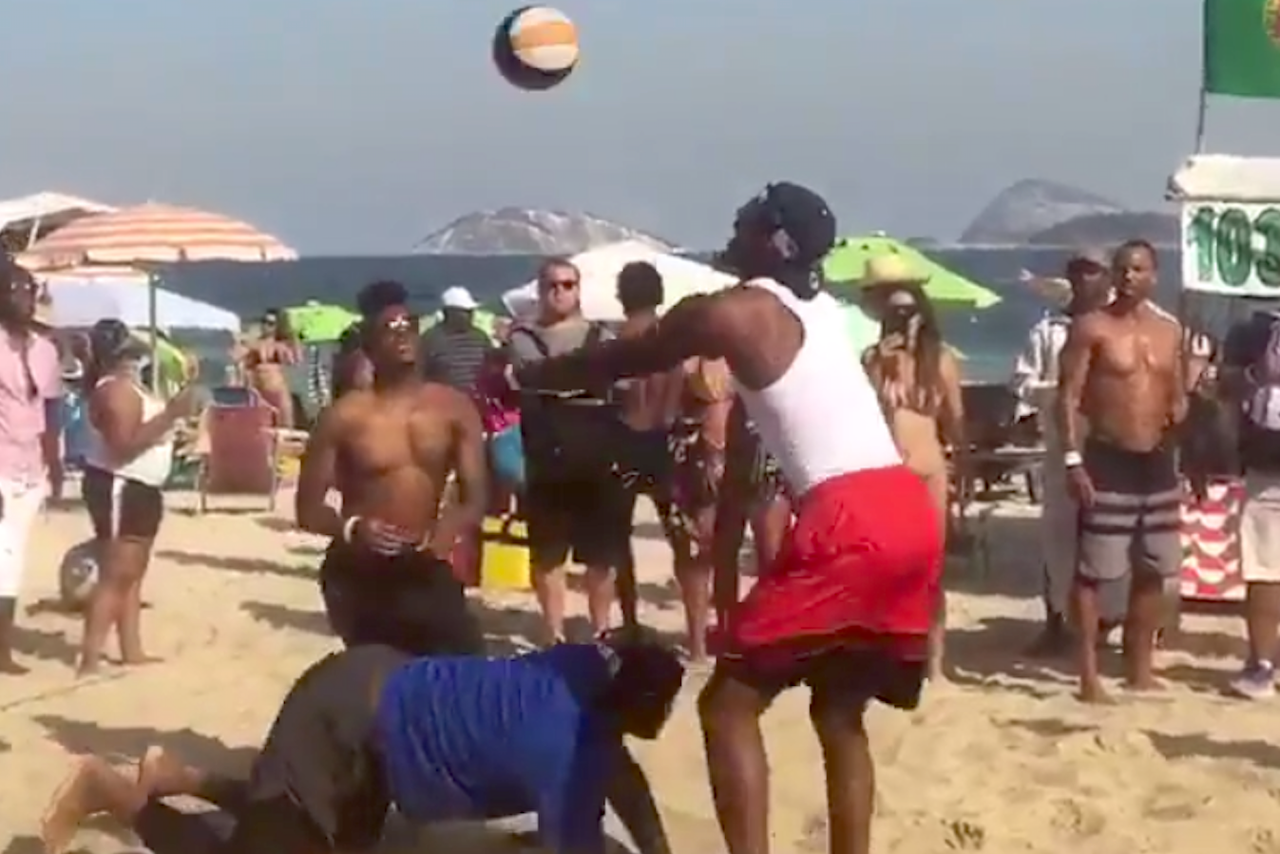 There may not be a group at the Olympics enjoying their time in Rio more than the USA Basketball teams. Not only are they about to head into the medal round, but they also seem to be doing everything possible to take in the atmosphere and the scene at the Games when they're not competing themselves.

When the American basketball stars aren't enthusiastically cheering on their fellow countrymen and women at various other events, they're apparently giving those other sports a shot themselves. Some of the men's stars hit the sand in Copacabana on Monday and enjoyed a little beach volleyball in front of a crowd of spectators.

Jimmy Butler, DeMarcus Cousins, Kevin Durant, Paul George, Draymond Green, DeAndre Jordan, Kyle Lowry and Klay Thompson were among those bumping, setting and spiking on their off-day. It looked like they had quite the good time.

Cousins and Green even lay out for saves in the short clip above, which might make U.S. basketball fans a little uneasy with a gold medal potentially on the line in the coming week. But, hey, sometimes you can't take the compete level out of a competitor, regardless of the sport. Thompson should definitely stick to basketball, though.