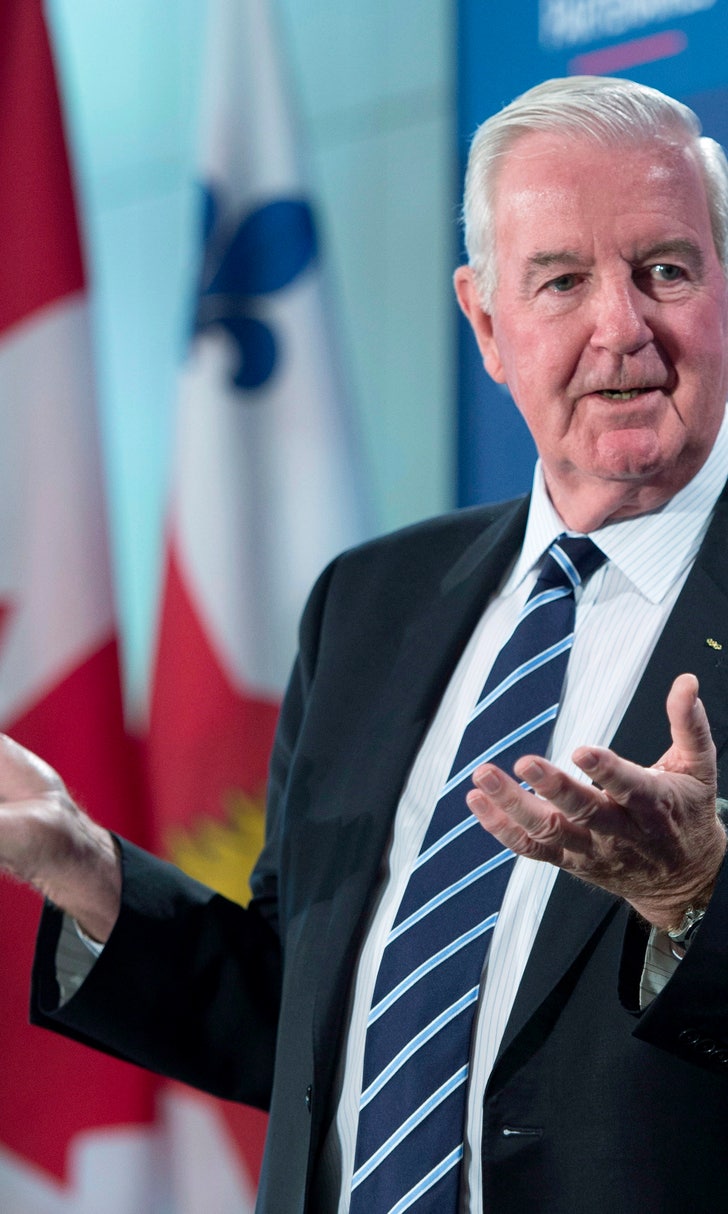 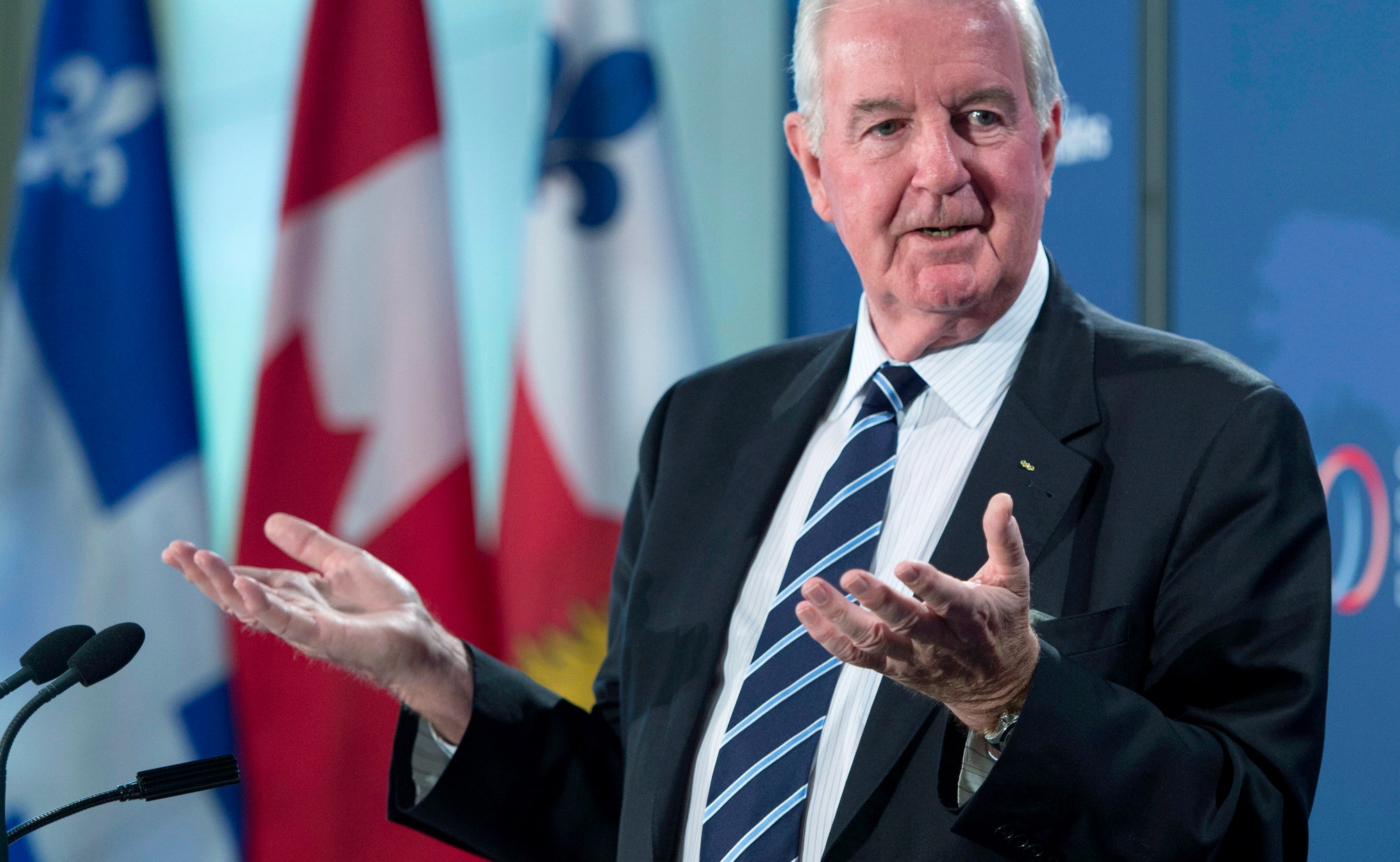 The leader of the World Anti-Doping Agency insisted he cares about athletes but admonished them nonetheless during a fierce, sometimes-personal defense of the decision to bring Russia's suspended drug-fighting operation back online.

"My question to athletes is: What, in practice, is the alternative action to all the statements you have made?" WADA president Craig Reedie said Monday in a conference call with reporters, acknowledging the avalanche of protest directed his way in the wake of the decision.

Reedie described the much-disparaged compromise, negotiated over the summer and approved last Thursday, as a way of replacing a toothless suspension with a concrete agreement that contains enforceable penalties if Russia reneges.

The key issue to WADA is the handing over of around 2,800 samples and accompanying data that could be used to corroborate doping cases uncovered in the investigation of a state-sponsored cheating scheme designed to win medals at the Sochi Olympics in 2014.

But with no deadline and no further penalties to hand out under terms of the original road map for RUSADA's reinstatement, Reedie and other WADA leaders felt they had run out of leverage with the Russians. The new agreement places a Dec. 31 deadline on the turnover of the information. It also is designed to give WADA better access to the raw samples.

If Russia fails to honor the new agreement, WADA can impose new sanctions from a rulebook that has been strengthened since the onset of the scandal four years ago.

"We've tried to come to terms with the Russians on how this was to be done, and this is the first time since discussing it that they've actually said 'yes,'" said WADA director general Olivier Niggli. "We hope they'll fulfill that promise."

Critics of the agreement, which Reedie also defended in an open letter published over the weekend , say there is no way to expect Russia to keep this promise after being found culpable for such a brazen undermining of the anti-doping system. They are also wary that the new sanctions will be enforceable.

"It shows how out of touch they are with what's happening on the ground," U.S. Anti-Doping Agency chief Travis Tygart said. "They're still living in an ivory tower, trying to rewrite history and justify their poor leadership in dealing with Russia."

Regarding the other outstanding element of the RUSADA road map to reinstatement, WADA softened its stance on demands that Russia publicly accept findings from the report that implicated the government in the scheme.

Jonathan Taylor, chairman of the compliance review committee, said he understands why critics of that part of the agreement might "say there should've been a greater mea culpa."

"But we do have explicit acknowledgement from the Russians," Taylor said.

But as much about rules and compliance, the debate has been framed by both sides as a litany of betrayal and broken promises: Hundreds of athletes have signed onto statements declaring they feel cast aside by WADA, most notably by Reedie, whose position as member of the IOC, the organization that provides half of WADA's funding, they say compromises his objectivity as leader of WADA.

Reedie's response: "I come from the world of sport. I've tried consistently to be an independent and neutral chairman, and I have been bruised on a number of occasions, not the least by the IOC."

Meanwhile, Reedie feels his actions have been largely misconstrued, and notably by David Howman, the former director general of WADA who said WADA's decision valued "money over principle ," as it reopens the door for Russian cities to bid for major international events.

"David knows perfectly well from his experience that there are certain complexities in dealing with a country like Russia, and it's not as straightforward as we'd want it to be," Reedie said. "I disagree with that and I rather regret that David said it."

Over the past week, the athletes' protest was best epitomized by Beckie Scott, the Canadian Olympic gold medalist who resigned from the WADA compliance review committee after it recommended RUSADA's reinstatement.

Taylor said Scott cast the only dissenting vote among the committee's six members.

For all their protest, Scott's lone voice on that committee is an illustration of how athletes remain underrepresented at WADA. They control only one voting spot on the 12-person executive committee and only four spots on the 38-person foundation board that mostly rubber-stamps the executive committee's decisions.

A governance review committee has been in place for more than a year to discuss changes that could increase athlete representation.

But, in keeping with the theme of Monday's call, Reedie insisted their interests are being represented and their voices are being heard — even if they were repulsed by WADA's latest actions.