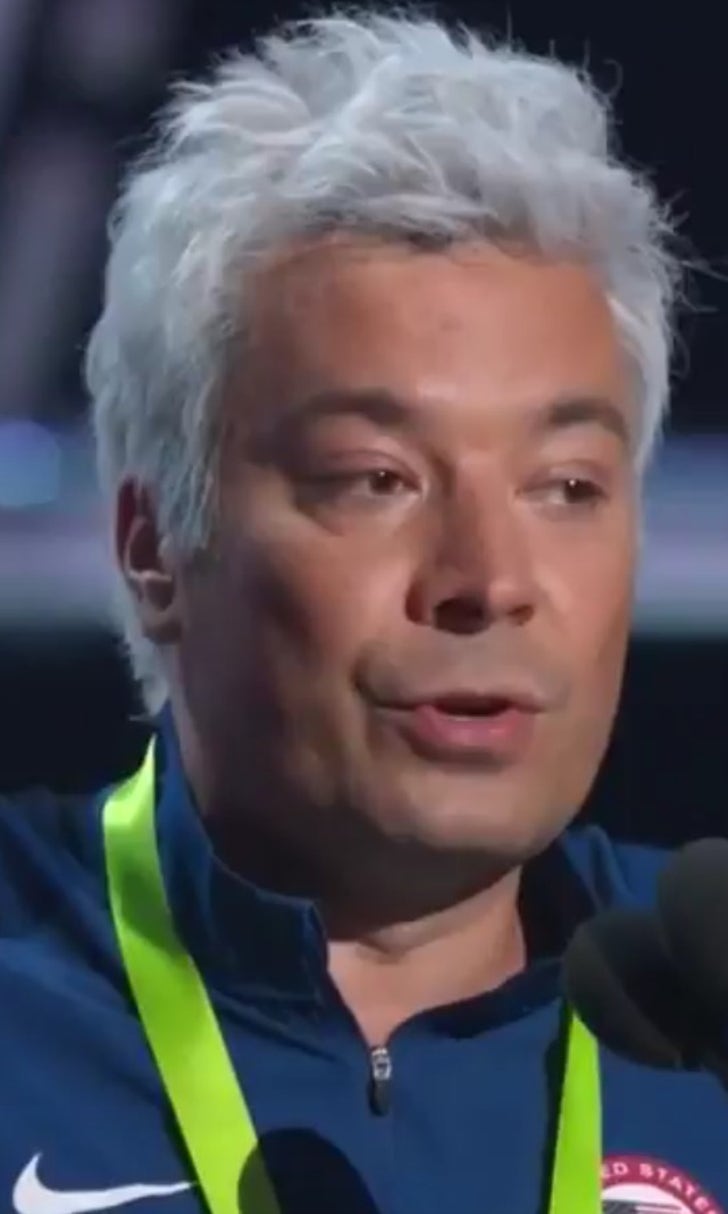 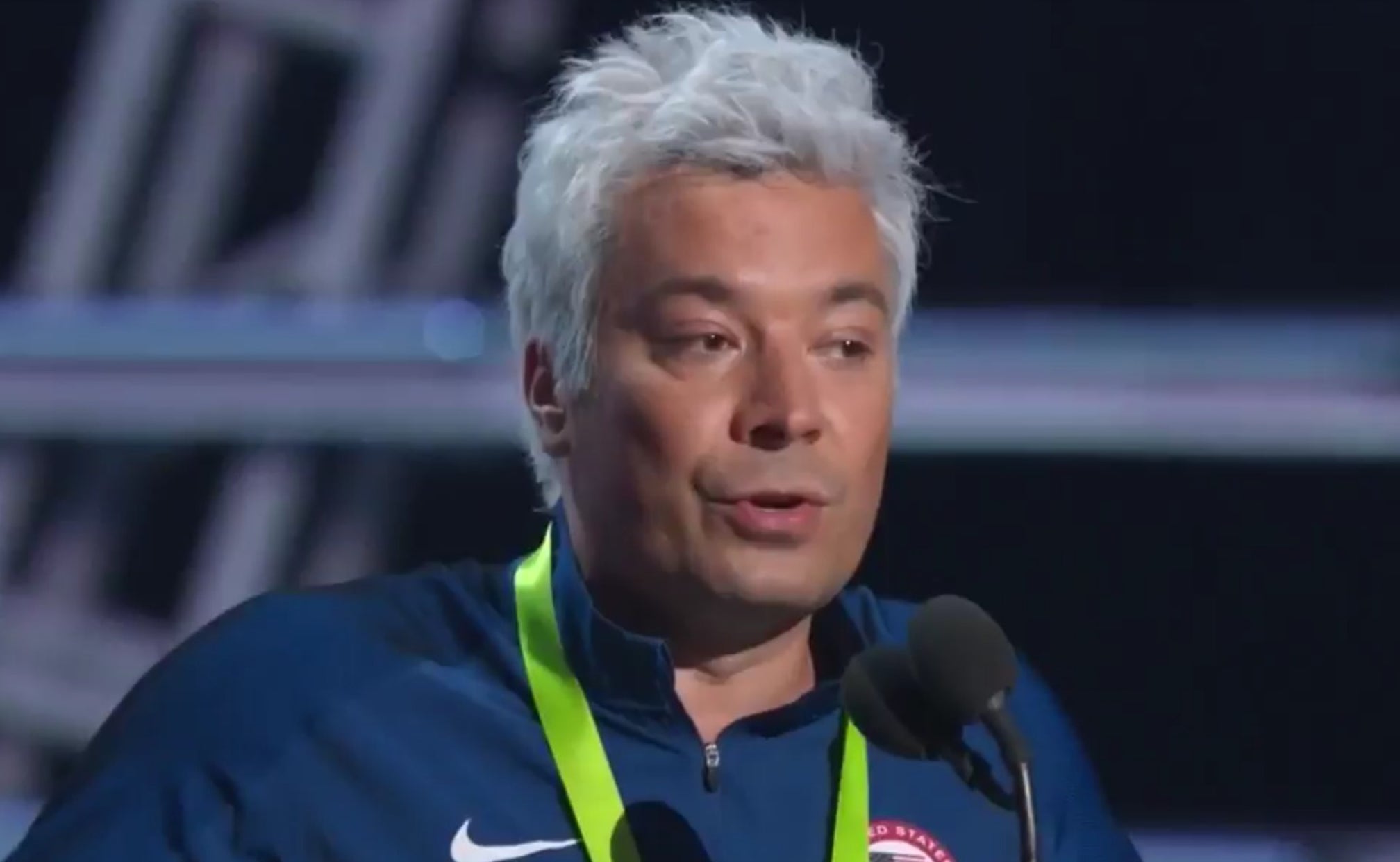 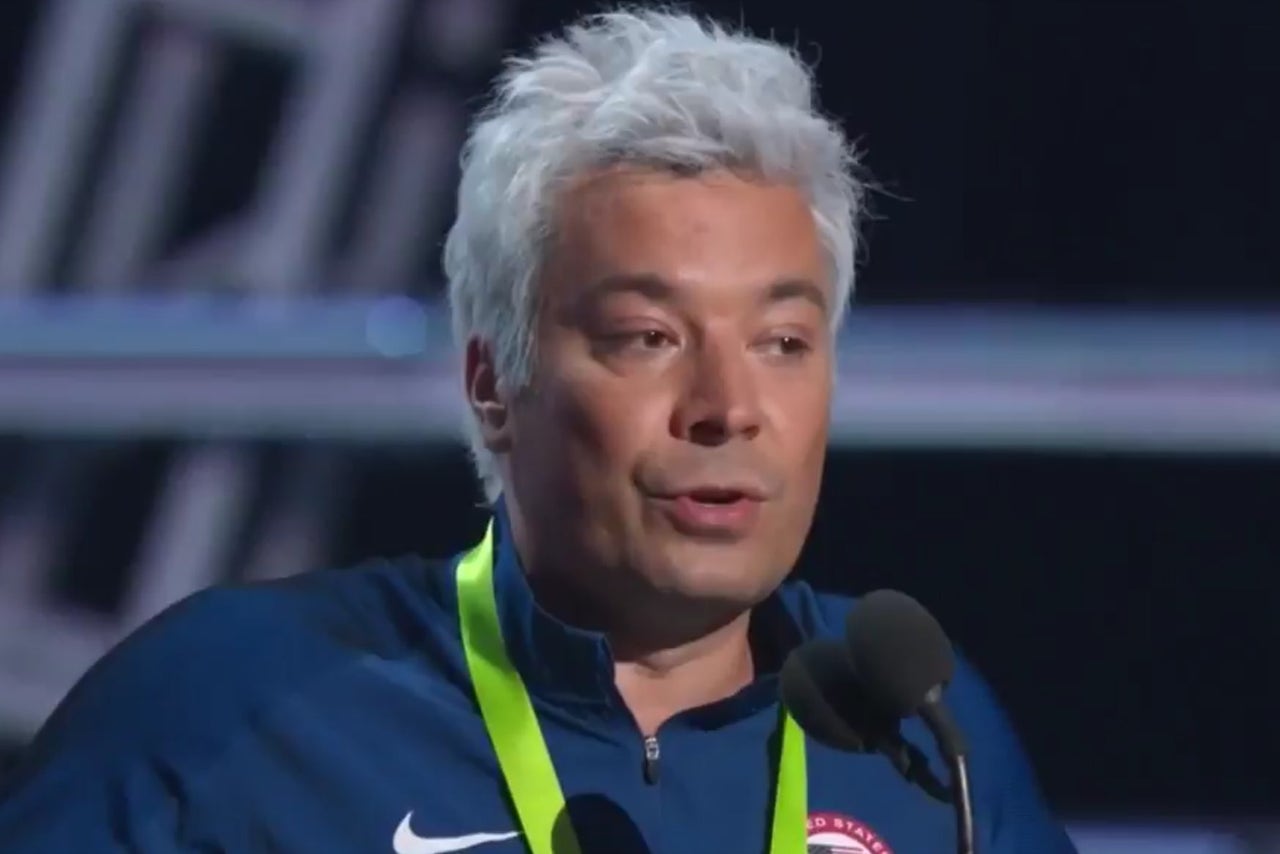 A few of the greatest athletes in the world were in attendance Sunday night at MTV's Video Music Awards, including the Final Five and swimmer Michael Phelps, and comedian Jimmy Fallon trolled Olympian Ryan Lochte in his presentation for the Video of the Year award (which was won by Beyonce).

Fallon came out in Team USA gear with Lochte's silver hair, and proceeded to state a bunch of things that aren't actually true.

When it came time to announce the winner, Fallon said he couldn't choose.