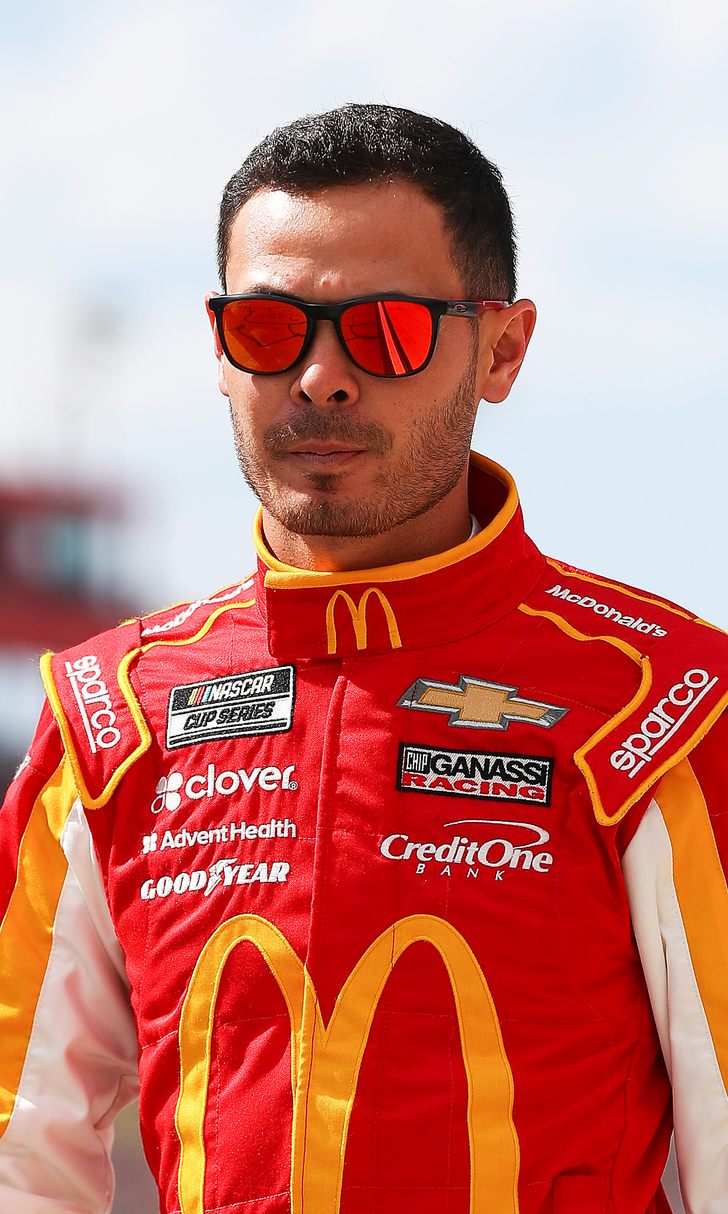 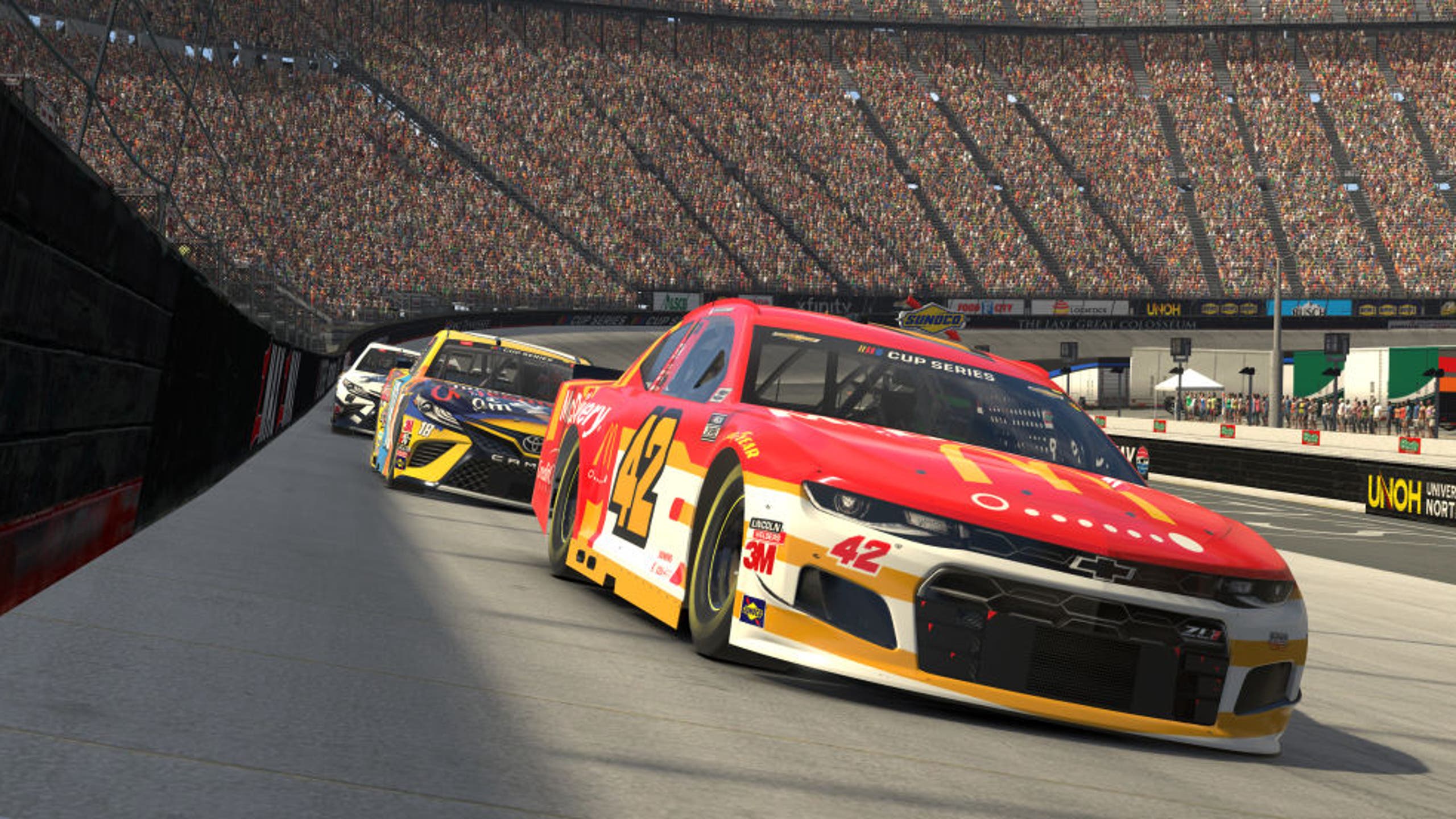 What was meant to be just a fun night competing in a virtual iRacing event with friends turned into a potentially career-breaking moment Sunday night for NASCAR star Kyle Larson.

Chip Ganassi Racing suspended the driver without pay, and NASCAR has indefinitely suspended him, after he used a racial slur when he apparently thought he was on his own private channel, trying to see if his spotter or crew chief could hear him. He instead was on the driver chat, which some of the participants were streaming on their live feeds.

“You can’t hear me?” Larson said before a pause and saying “Hey, [racial slur].”

The race was not a NASCAR-sanctioned race – it was a race put together by Landon Cassill on the iRacing platform – but the general telecast was being shown on NASCAR’s esports channels. The driver chat was not being aired on that stream, but enough drivers were doing personal streams through Twitch that the audio was heard by thousands and quickly posted on social media.

“I just want to say I’m sorry,” he said in a video posted on social media. "Last night I made a mistake and said the word that should never, ever be said. And there’s no excuse for that. I wasn’t raised that way. It’s just an awful thing to say.

"I feel very sorry for my family, my friends, my partners, the NASCAR community and especially the African-American community. I understand the damage is probably unrepairable, and I own up to that. But I just want to let you all know how sorry I am. And I hope everybody is staying safe during these crazy times. Thank you."

Larson was among the top-10 trending topics Sunday night on Twitter. National news outlets picked up the story. By mid-morning Monday, Larson was suspended by the team.

“We are extremely disappointed by what Kyle said last night during an iRacing Event,” Chip Ganassi Racing said in a statement. “The words that he chose to use are offensive and unacceptable. As of this moment we are suspending Kyle without pay while we work through this situation with all appropriate parties.”

“NASCAR has made diversity and inclusion a priority and will not tolerate the type of language used by Kyle Larson during Sunday’s iRacing event,” NASCAR said in a statement. "Our Member Conduct Guidelines are clear in this regard, and we will enforce these guidelines to maintain an inclusive environment for our entire industry and fan base.”

Larson’s future – he is a free agent after this season -- might not be as dependent on NASCAR’s reaction or team owner Chip Ganassi’s personal view as it will on the reaction of his sponsors.

Sponsors Credit One and McDonalds did not immediately return requests for comment.

Drivers are competing in as many iRacing events as they can for fun and/or to get experience for some of the bigger events. The night before the “Monza Madness” race – with more than 60 cars on the Italian oval in what was promoted as to be a wild wreckfest – Larson wasn’t even sure he was going to do it.

Responding to a tweet Saturday night by Cassill that included Larson as being a confirmed participant, Larson replied: “I don’t really ever remember confirming but if I’m not busy with the family I might try and get on.”

Prior to Sunday night, drivers talked about how they have to approach iRacing, that it can be as much about business as it is fun.

While what Larson said wasn’t in the heat of emotion, it did make this comment from IndyCar driver Conor Daly a couple days earlier quite pertinent about how to act when participating in these races, especially if a driver is personally streaming his feed:

“You’ve got to just compartmentalize a few different emotions when the camera is rolling, and then hopefully you come out the other side still with your job and with your sponsors,” he said.

Bubba Wallace had a Richard Petty Motorsports sponsor drop him after he quit 10 laps into the eNASCAR iRacing Pro Invitational Series race April 5. The night before, Ford drivers were not allowed to compete in a NASCAR-supported iRacing event because the only cars that have been scanned and are used in that division are Chevrolets.

It might be virtual racing, but it has real-world consequences.

“The first race that was done [online] in Atlanta was much less about the business,” said seven-time Cup champion Jimmie Johnson. “And then when the TV component came in, it switched to business, absolutely.”

With television providing exposure to driver sponsors, the drivers have had to weigh their personal desires versus knowing what the team needs. The driver contracts don’t include virtual races, but drivers know their teams want to keep sponsors happy, and competing in the virtual races does that, at least a little bit. Teams could use the goodwill if they have to re-negotiate contracts following the coronavirus pandemic, if the company needs to adjust terms because of the economic impact on its business of the shutdown.

“It’s not as good as the real thing – there’s not the at-track engagement or activation,” said JRM Motorsports co-owner Dale Earnhardt Jr. “But it’s really the only thing we’ve got going. ... When we run the [next] Sunday race at Richmond, I’m going to run another JRM initiative, it’s basically to kind of appease and make those partners feel some value, which in turn helps our employees, helps us keep our employees.”

Earnhardt understands what is going through minds of drivers and sponsors.

“Your team wants you to be there, your partners want you to be there – have fun with it, enjoy it,” Earnhardt said. “Obviously don’t let it get under your skin if you get wrecked.

“Video games have a real good way of doing that. I’ve seen a lot of friendships get lost due to playing Madden or racing online. But if you’re going to be there ... you have to maintain some professionalism, because there are some other things bigger than what’s happening in that room with you on that sim rig. There’s implications beyond just what you’re doing on sim racing.”

Johnson said he has had to look beyond his struggling performance in hopes of getting airtime for his sponsor.

“In my head, it’s been pretty straightforward, especially since it’s been on television, how things would go [as far as being business-like],” Johnson said. “And, ironically, I find that I’m trying to find ways to make sure that I’m on the broadcast.

“I’m not fast enough in iRacing yet to run up front for the TV time, so trying to be an in-race reporter or a part of spectacular crashes seems to be the only way I find myself on television right now.”

Drivers don’t seem as worried about performance impacting their future.

But as Larson and others have learned as public figures, behavior in any form of racing or life can have serious implications.

“Kyle is going to rightfully pay the price for his derogatory comments,” said Ramsey Poston, a former NASCAR spokesman whose Tuckahoe Strategies consults in crisis communications. "For him to recover from this will require that he not only demonstrate he has learned something from it, but that he find a way to be part of the solution moving forward.

"This may include, but not be limited to working with a civil rights organization and using his platform to speak about respect and inclusion for all communities.”

Get more from Cup Series Add to your favorites to get information about games, news and more.
share story