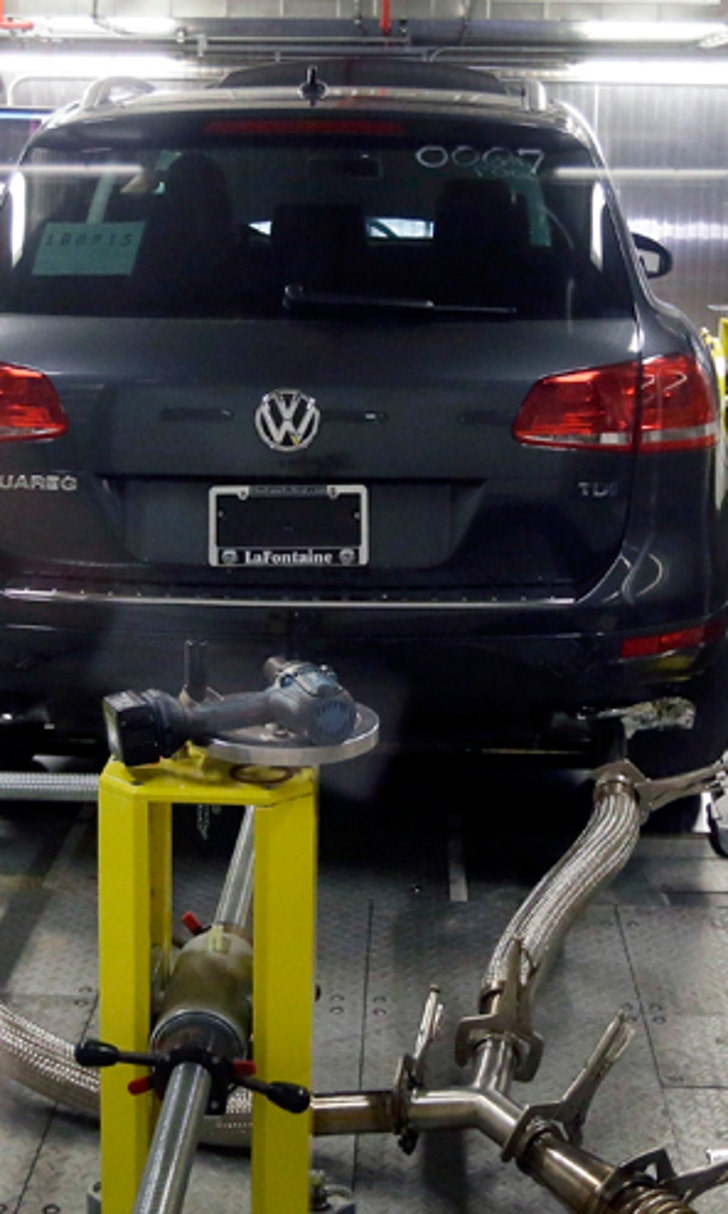 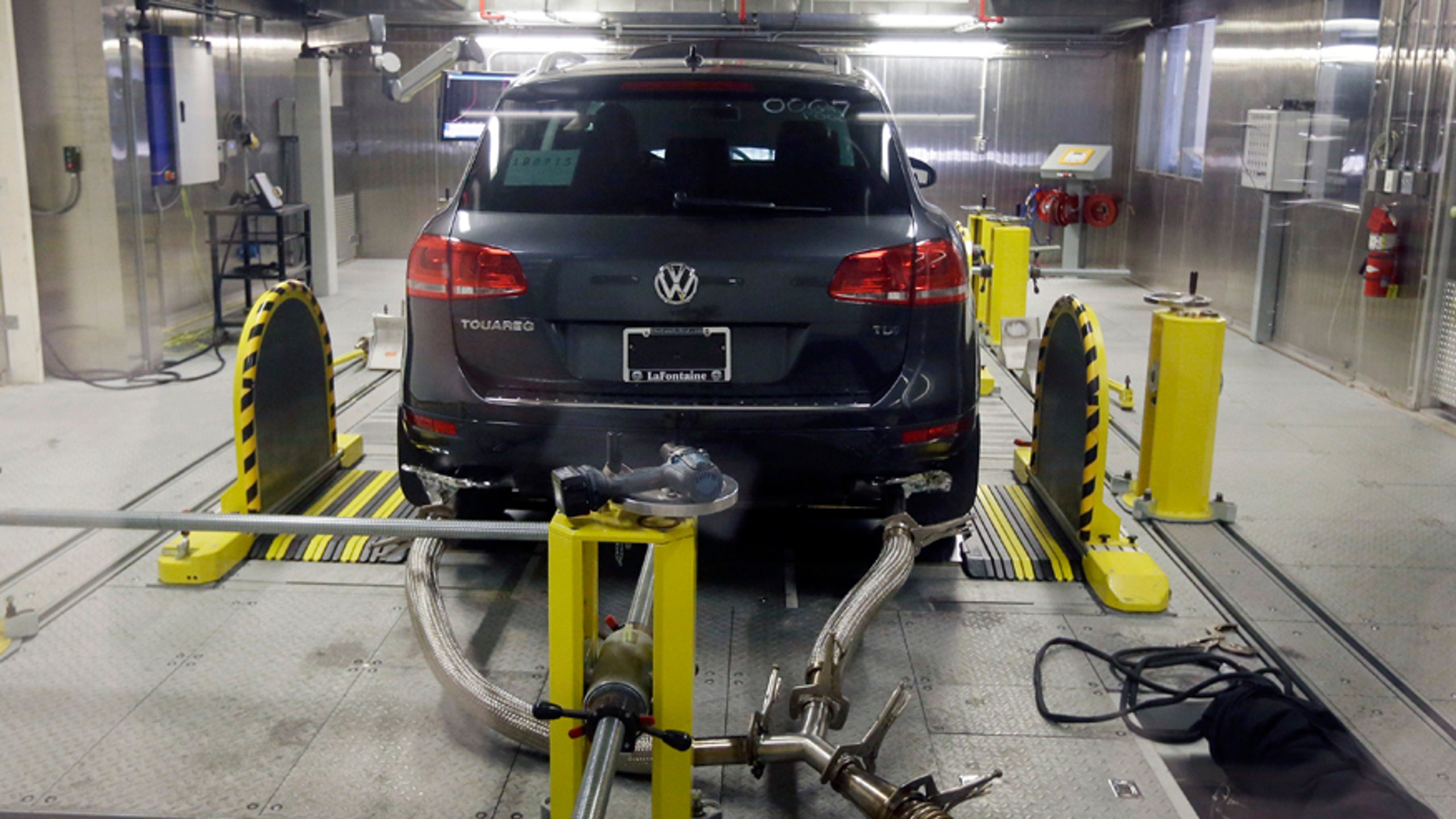 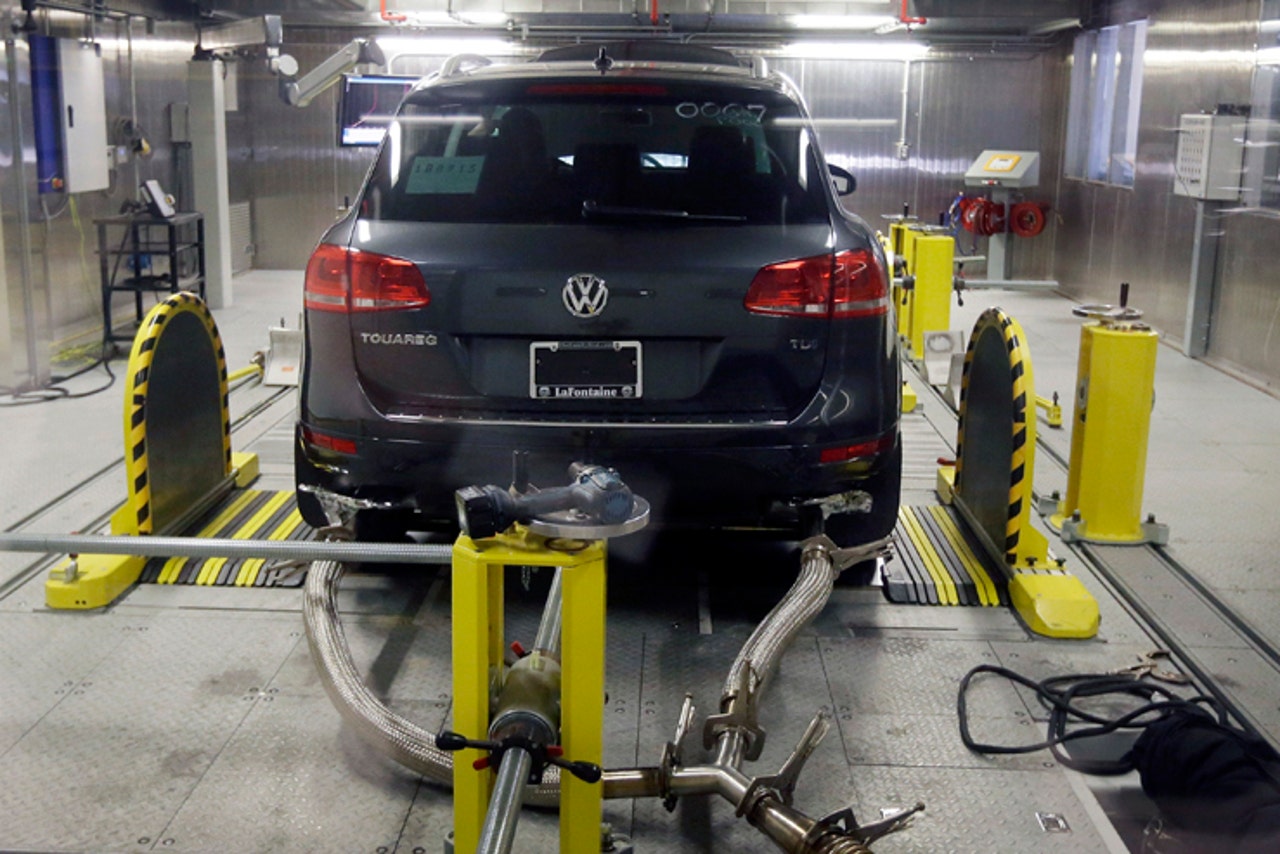 The Volkswagen emissions scandal widened Monday when the U.S. government accused the German automaker of cheating for a second time. Although VW denied the charge, it faces the prospect of steeper fines and lost sales, as well as more intense scrutiny from disbelieving U.S. lawmakers.

The Environmental Protection Agency, along with the California Air Resources Board, said Volkswagen installed software on thousands of Audi, Porsche and VW cars with six-cylinder diesel engines that allowed them to emit fewer pollutants during tests than in real-world driving. The previous revelations of cheating involved four-cylinder diesels in smaller cars.

U.S. regulators continue to tell owners of all the affected cars they are safe to drive, even as they emit nitrogen oxide, a contributor to smog and respiratory problems, in amounts that exceed EPA standards - up to nine times above accepted levels in the six-cylinder engines and up to 40 times in the four-cylinders.

Volkswagen denied that software was installed on the larger diesels "to change the emissions values in any impermissible way" and vowed to cooperate with the EPA.

But Members of the House Energy and Commerce Committee, which is investigating the scandal, said it's time for VW to come clean. "The latest revelations raise the question, where does VW's road of deceit end?" said a joint statement by Chairman Fred Upton, R-Michigan, and senior lawmakers from both parties.

VW officials, including U.S. CEO Michael Horn in congressional testimony, have claimed only a small number of software developers in Germany were responsible for the computer code that let the cars trick U.S. government emissions tests. On Monday, analysts said the latest charges call those claims into question.

"Volkswagen would do well to immediately and completely disclose all people and products involved in this deception, no matter how far-reaching," said Karl Brauer, senior analyst for Kelley Blue Book.

Monday's announcement makes the notion that only a limited number of people were involved in the deception appear "even more outrageous," Brauer said.

The violations cover models including the 2014 VW Touareg, 2015 Porsche Cayenne and the 2016 Audi A6 Quattro, A7 Quattro, A8 and Q5. The agency said a recall is possible, but it wants to make sure whatever fixes Volkswagen proposes are appropriate.

The spat with the EPA could hurt sales of the Audi and Porsche brands, which previously had been unscathed by the scandal. But as of Monday the 2016 models remained on sale, at least until the company gets test results from the agency, spokesman Bradley Stertz said.

About 25 percent of the cars sold by the VW brand have diesel engines, so the scandal almost certainly will cut into October sales. Dealers have few new diesels to sell because VW has quarantined the four-cylinder 2016 models at ports. They're under investigation for what could be a third cheating device.

In a notice of violation sent to VW, EPA officials said the automaker "knew or should have known" that by employing the software, the cars didn't comply with the Clean Air Act.

The charges follow VW's admission in September that it rigged emissions tests for four-cylinder diesel engines on 11 million cars worldwide, including almost 500,000 in the U.S. The defeat device in the six-cylinder engines was discovered by EPA and CARB with tests put in place in late September. The agencies said about 10,000 cars have the second defeat device.

The new charges also suggest more financial pain for VW. The company faces fines of up to $37,500 per vehicle, which means up to $375 million could be added to penalties already projected in the billions of dollars. The company has set aside about 6.7 billion euros ($7.38 billion) to fund recalls. VW officials have also hinted at possible compensation to owners.

The EPA said Monday that the software on the six-cylinder diesels has a timer that turns on pollution controls when testing begins and turns them off then the test ends. Tests are conducted on a treadmill-like instrument called a dynamometer.

The company estimates it will take a year or two to fix all of the four-cylinder cars once the EPA approves the repairs.