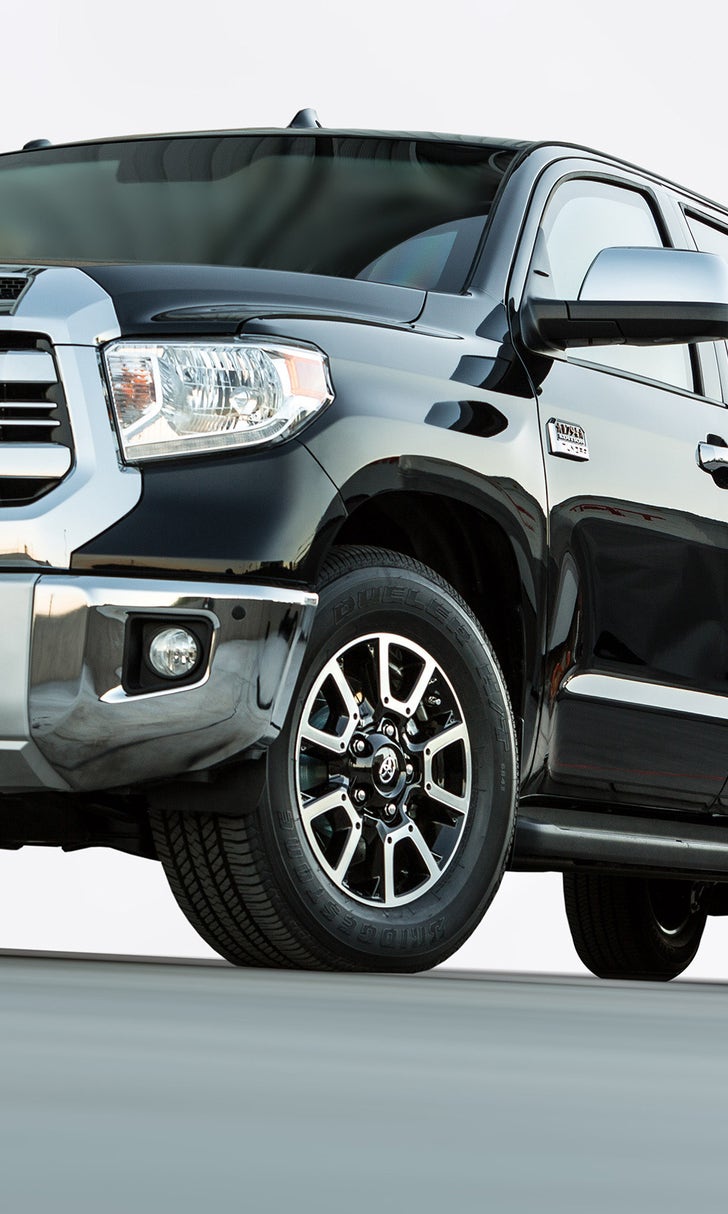 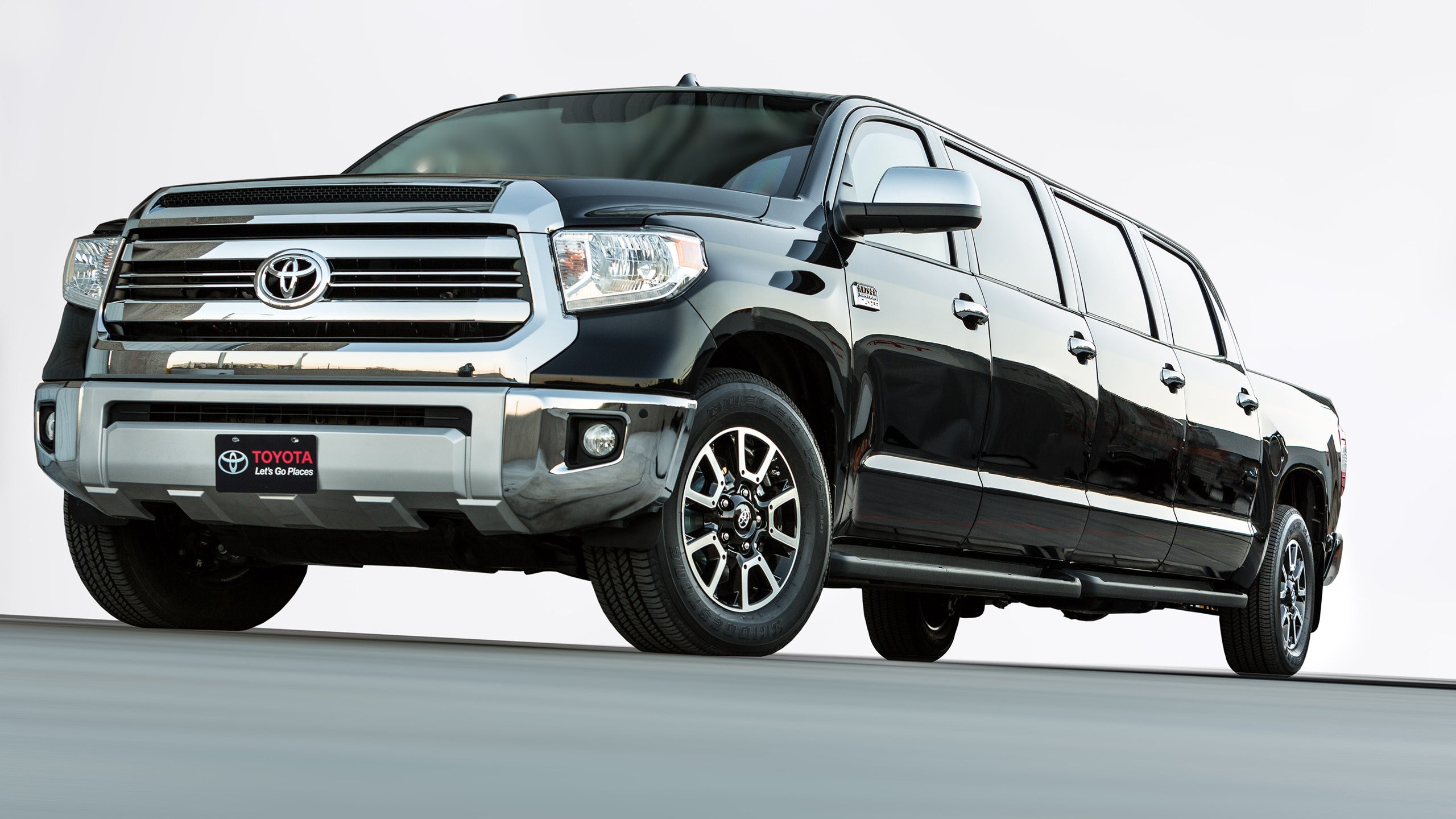 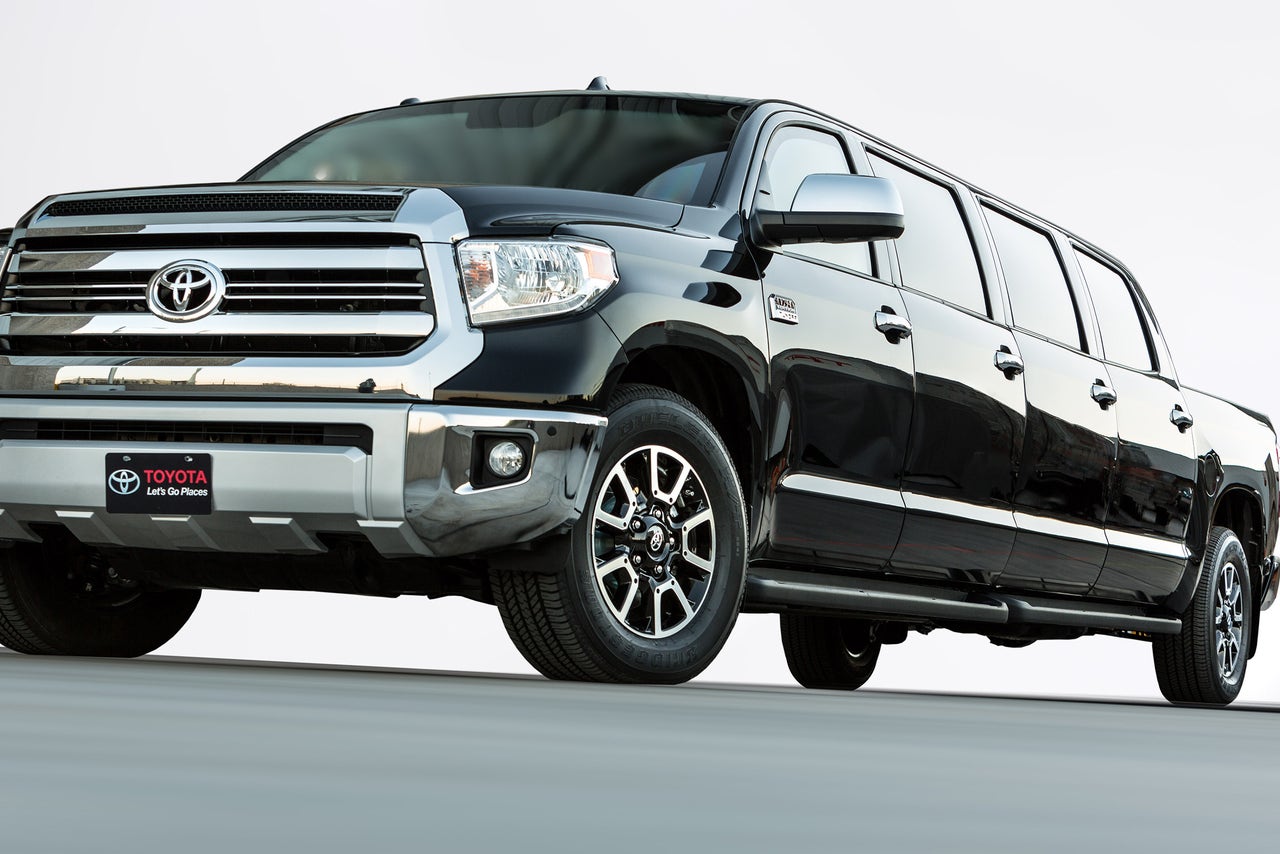 Toyota has created a larger-than-life Tundra pickup truck and it just might be the ultimate vehicle to take to a NASCAR race, an NFL tailgating party or better still, a Texas wedding. 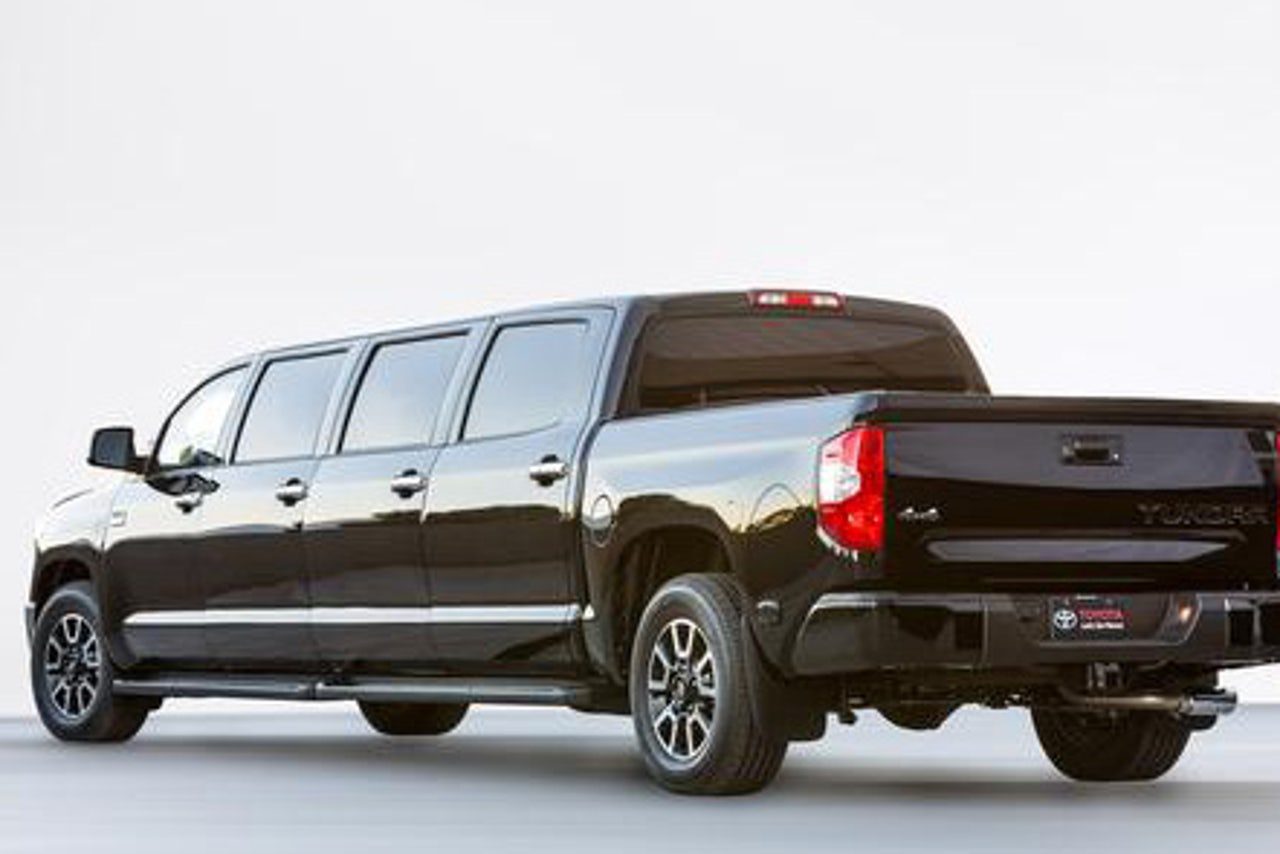 Called the "Tundrasine," this Leviathan began life as a conventional Toyota Tundra 1794 Edition 4x4 CrewMax 5.7L V8 pickup. By the time the folks at Toyota got through with it, the Tundrasine had four doors on each side, a wheelbase of 235.9 inches - 90.2 inches longer than stock - and a curb weight of 7,978 lbs.

This wild concept truck is on display as part of Toyota's fleet of vehicles for the 2015 Specialty Equipment Market Association (SEMA) Show in Las Vegas. 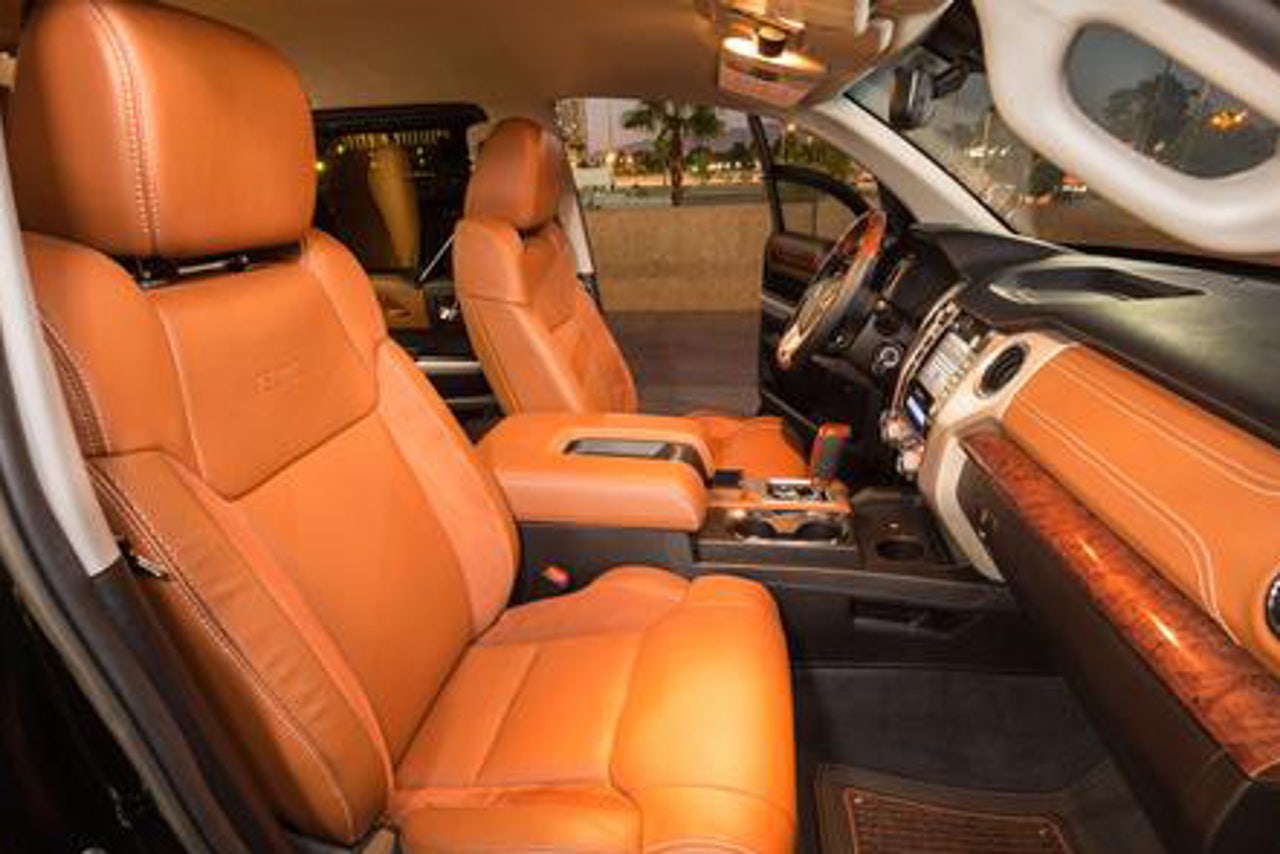 The inside of the truck is richly appointed, with cushy leather bucket seats. In fact, it's "inspired by the cockpits and passenger compartments of luxury private jets," Toyota officials said in announcing the truck.

The Tundrasine was built at Toyota's truck manufacturing facility in San Antonio. 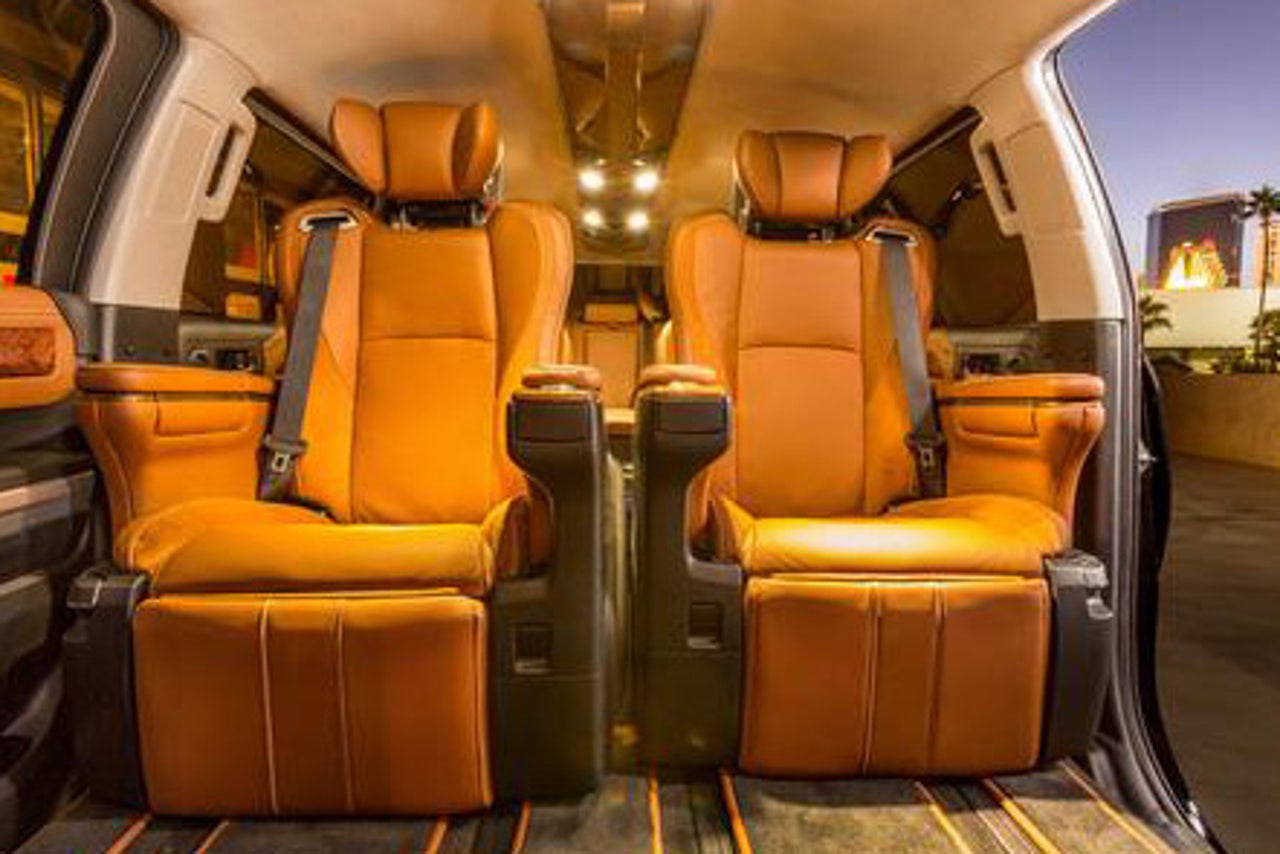 "They say everything's bigger in Texas," said Steve Appelbaum, National Engagement Marketing Manager, Toyota Motor Sales, U.S.A. "and the Tundrasine really drives that point home - or anywhere you want to go. People have seen plenty of limousines before, but never one quite like the Tundrasine."

Caution: Mum's the Word
Did Kyle Busch bring out the caution on purpose Friday night? Bob Pockrass asked. But Busch wasn't keen on answering.
11 hours ago