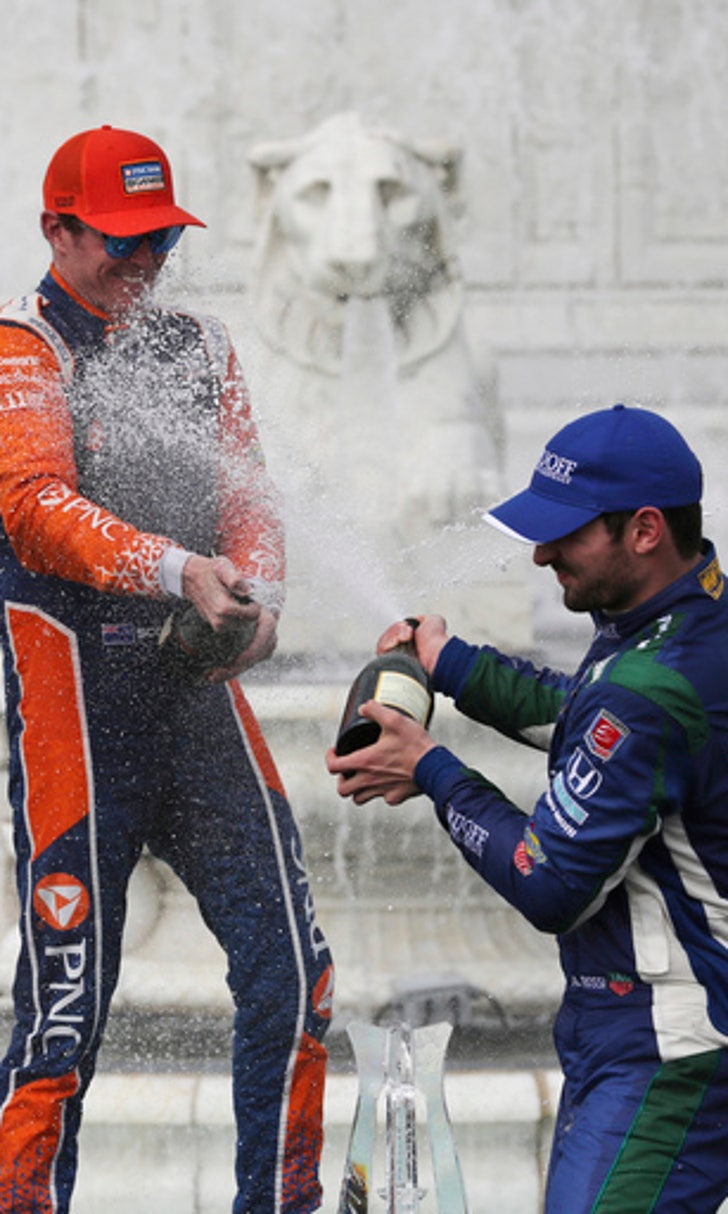 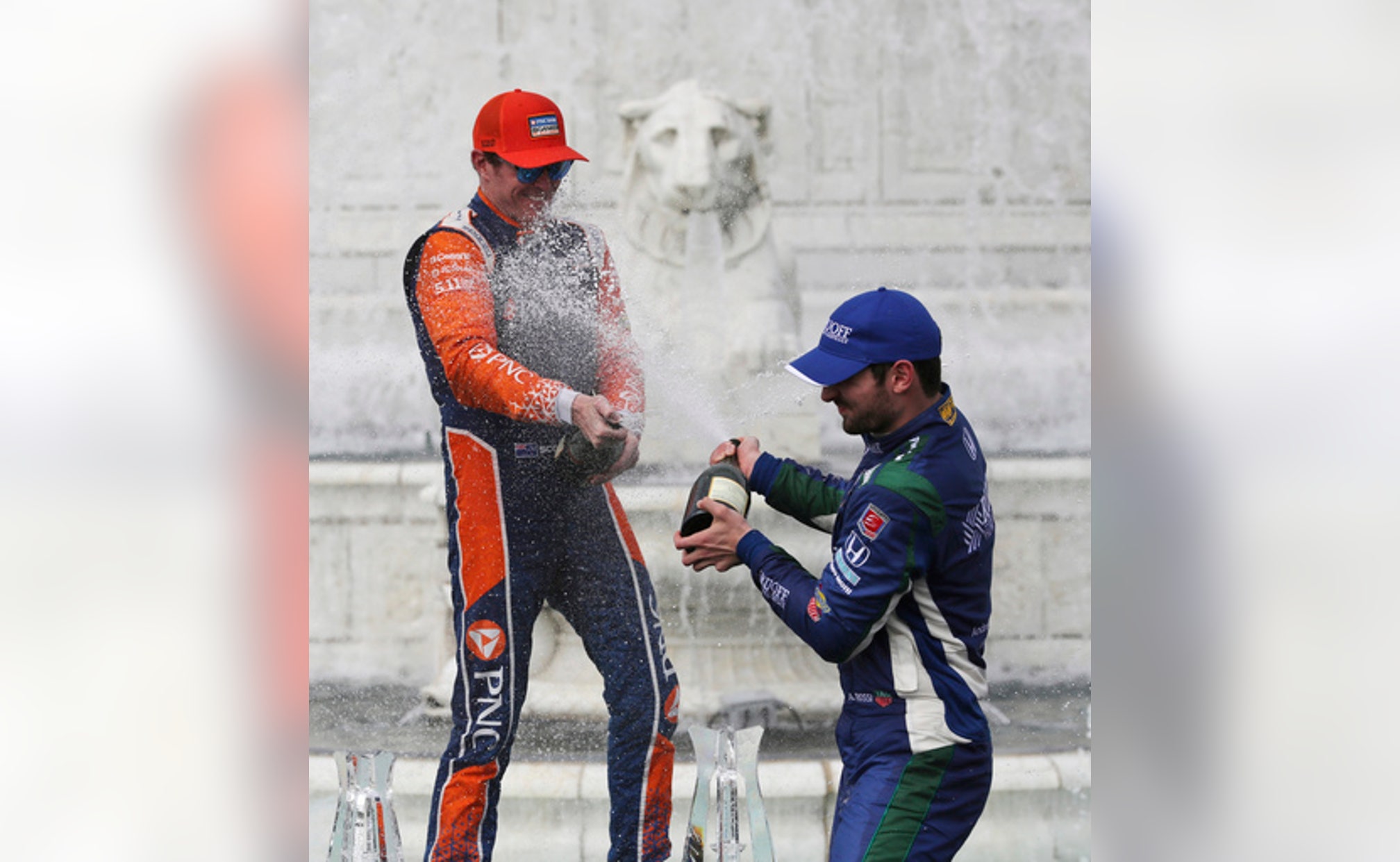 DETROIT (AP) The Latest on Sunday's IndyCar race in Detroit (all times local):

Ryan Hunter-Reay won his first IndyCar race since 2015, prevailing at Belle Isle after teammate Alexander Rossi slid off the track at a turn with about seven laps to go.

Rossi, the pole winner, was struggling to hold off Hunter-Reay before the mishap at a right turn on lap 64 of 70. From there, it was smooth sailing for Hunter-Reay on the 2.35-mile street course. He finished more than 11 seconds ahead of second-place Will Power.

Ed Jones finished third, followed by Scott Dixon. Rossi fell to 12th and dropped out of the series points lead.

Power, the Indianapolis 500 champion, returned to the top of the season standings. He'd fallen to third place after Saturday's race, in which Dixon outlasted Hunter-Reay for the win.

Hunter-Reay won the weekend's second IndyCar race for his 17th career win. It was the 59th for Andretti Autosport.

The race Sunday was delayed over a half-hour because the pace car crashed during a pace lap.

Pole winner Alexander Rossi leads after 10 laps in a race that was delayed over a half-hour because the pace car crashed during a pace lap.

When the race at Belle Isle finally began, there was an immediate caution when Spencer Pigot spun.

Rossi, the series points leader, won the pole earlier in the day and is trying for his second victory of the season. He finished third Saturday in the first of the weekend's two IndyCar races in Detroit.

The start of the race is being delayed after the pace car crashed into a wall.

During a pace lap shortly before the 3:30 p.m. scheduled start time, the pace car spun and crashed. There was clear damage on the front of the car.

Competitors were heading back to pit road.

Alexander Rossi won his second pole of the season, topping qualifying for the weekend's second IndyCar race at Belle Isle.

Scott Dixon won the first half of the doubleheader Saturday.

It's the third pole of Rossi's career, and he won from there the previous two times: at Long Beach this year and Watkins Glen in 2017. Rossi is the series points leader after finishing third in Saturday's race.

Rookie Robert Wickens qualified second, followed by Indianapolis 500 winner Will Power. Wickens was in the top three in qualifying for the fourth time this year. He was third Saturday in qualifying and finished eighth in the race.

Scott Dixon will try for a sweep of this weekend's two IndyCar races in Detroit.

Dixon won Saturday at Belle Isle, and the second half of the doubleheader is Sunday. The victory in the opener was Dixon's first of the 2018 IndyCar season and the 42nd of his career. He's now tied for third on the career list with Michael Andretti.

Rossi took over the points lead with his performance Saturday. Dixon is second, followed by Indianapolis 500 winner Will Power.