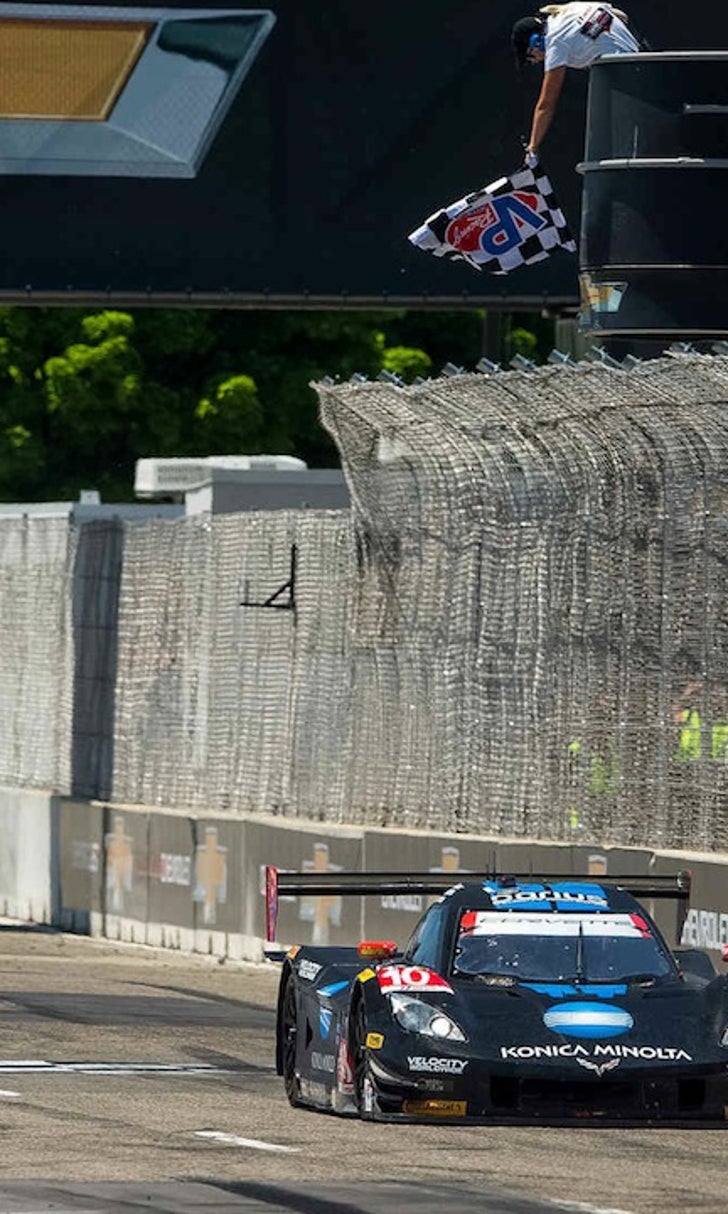 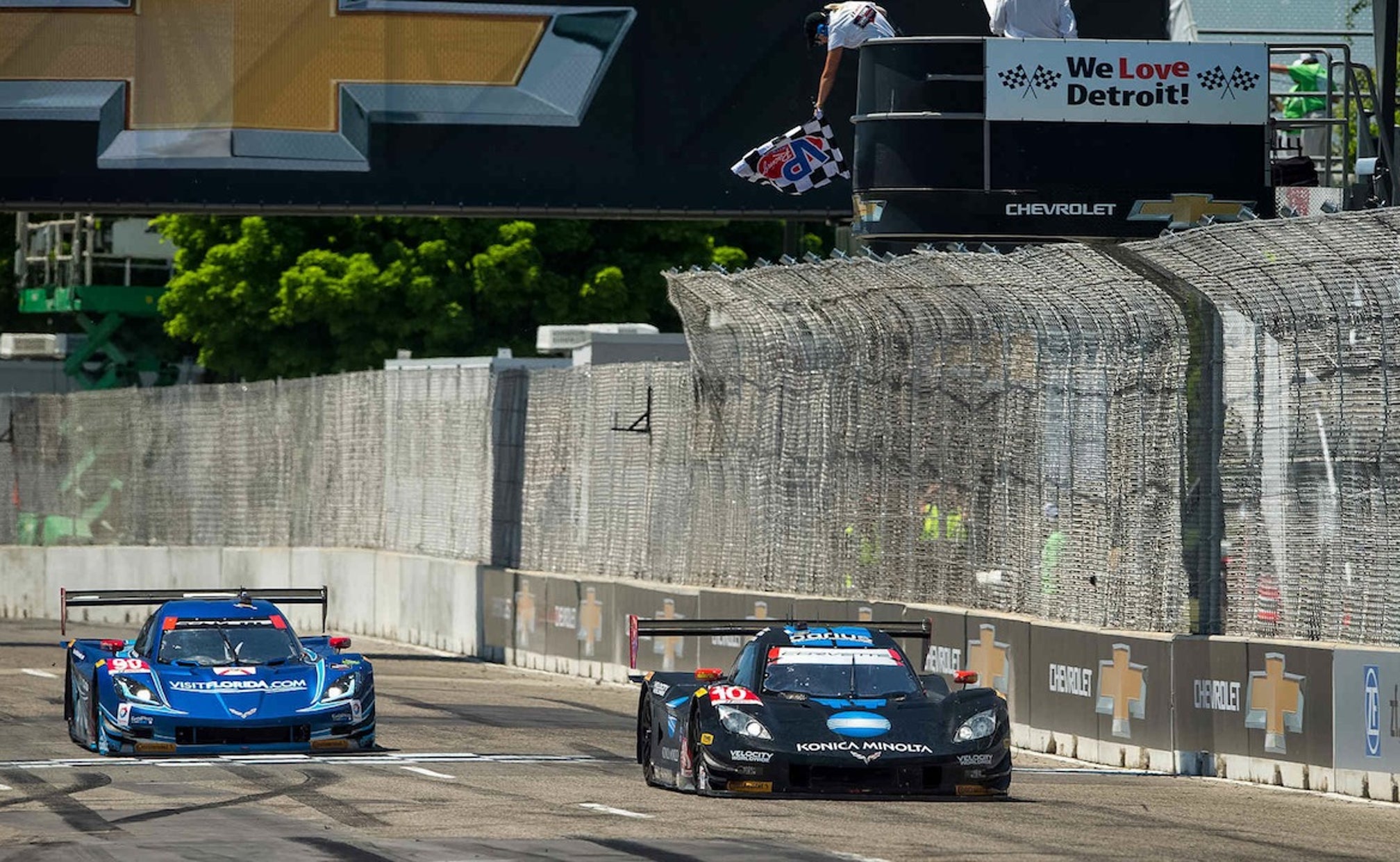 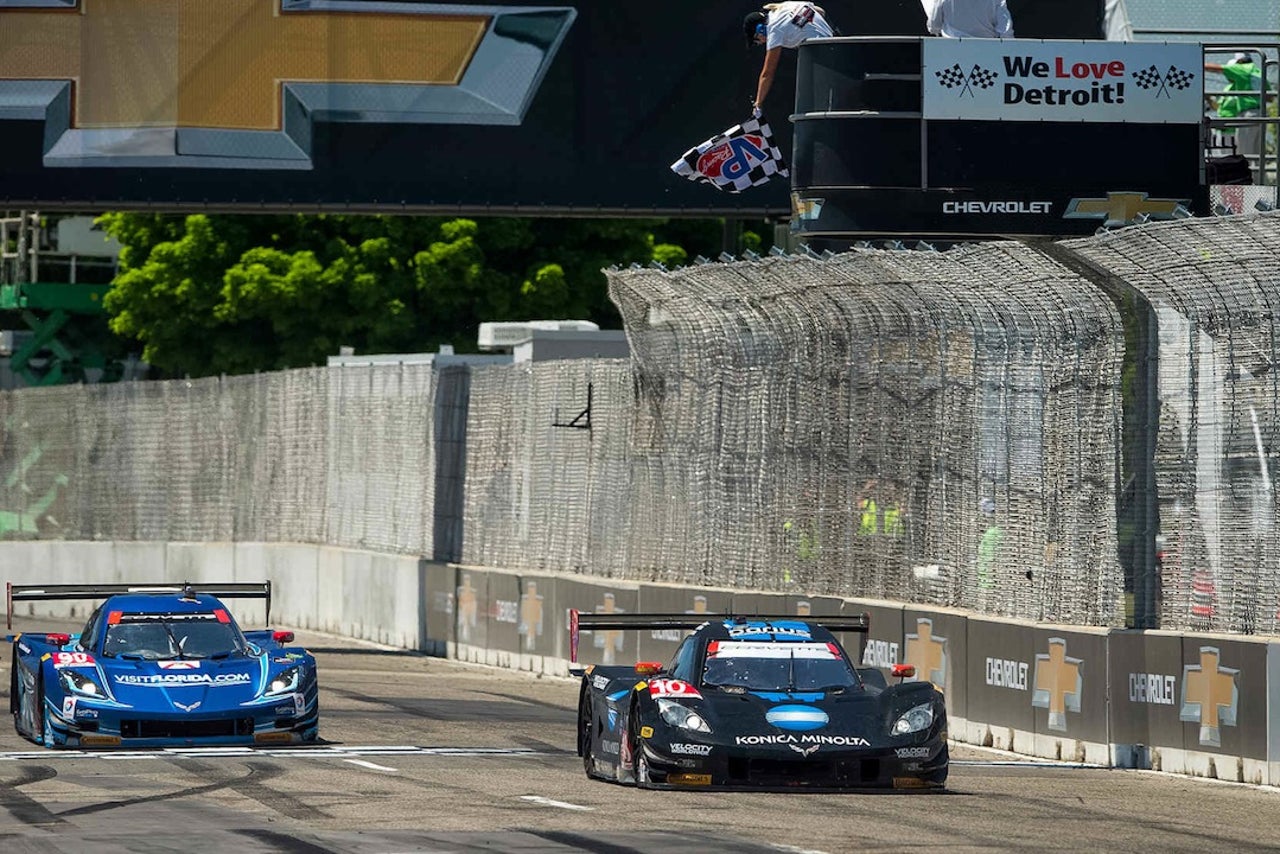 Ricky Taylor took a wounded No. 10 Konica Minolta-sponsored, Dallara-chassied DP across the line just two-tenths ahead of Richard Westbrook, who nearly pulled off the win after contact between Taylor and the No. 5 Action Express Racing Corvette DP of Joao Barbosa while fighting for the lead.

Taylor’s car slammed into the wall and gave Barbosa the top spot, only for the Portuguese driver to slow with a left-rear puncture moments later. It handed the lead back to Taylor, who went on to take the hard-fought win.

It marked Jordan’s third straight victory at Detroit while the first for the brothers as a pairing in IMSA competition. They also take over the points lead as a result of the late-race misfortunes for Barbosa, who along with Christian Fittipaldi crossed the line in sixth.

The No. 60 Michael Shank Racing Riley-Ford of Ozz Negri and John Pew was fourth, while the Ryan Dalziel and Scott Sharp-driven No. 1 Extreme Speed Motorsports HPD ARX-03b completed the top-five overall and in class.

Trouble struck the No. 01 Chip Ganassi Racing Riley-Ford early, when Memo Rojas pitted with clutch issues. Co-driver Scott Pruett returned to complete his mandatory 10 minutes of running time to score points before the car was retired.

The reigning Rolex Series GT champion took over the lead following the one-and-only round of pit stops, thanks to a two-tire strategy called by team principal Giacomo Mattioli.

Balzan came under attack on the final restart by Spencer Pumpelly in the No. 45 Flying Lizard Motorsports Audi R8 LMS, which led early in the hands of Nelson Canache Jr.

Pumpelly, however, slipped from second to fourth in the closing laps before being eliminated from the race with three laps to go after contact with the No. 555 AIM Autosport Ferrari 458 Italia GT3 of Townsend Bell.

With no full-course caution called, the Italian driver managed to eek out the win over a hard-charging Mario Farnbacher, who gave he and co-driver Ian James a season-best second place finish.

It marked Balzan and co-driver Jeff Westphal's first class win in the TUDOR United SportsCar Championship and Ferrari's second of the season following Level 5's victory at the Rolex 24 at Daytona.

The Paul Miller Racing duo of Christopher Haase and Bryce Miller claimed back-to-back podium finishes in third aboard their No. 48 Audi R8 LMS, capitalizing on the late-race drama.

The top-five was completed by the No. 007 TRG-AMR Aston Martin Vantage of James Davison and Al Carter and the Cooper MacNeil and the Leh Keen-driven Alex Job Racing Porsche, which had a tangle with the No. 81 GB Autosport Porsche.

Pumpelly and Canache, meanwhile, were classified 14th after the late-race incident with Bell, which did not result in a penalty.

Next up for the TUDOR Championship is the Prototype Challenge-only round at Kansas next weekend, while all four classes return to action for the Sahlen's Six Hours of The Glen on June 27-30.