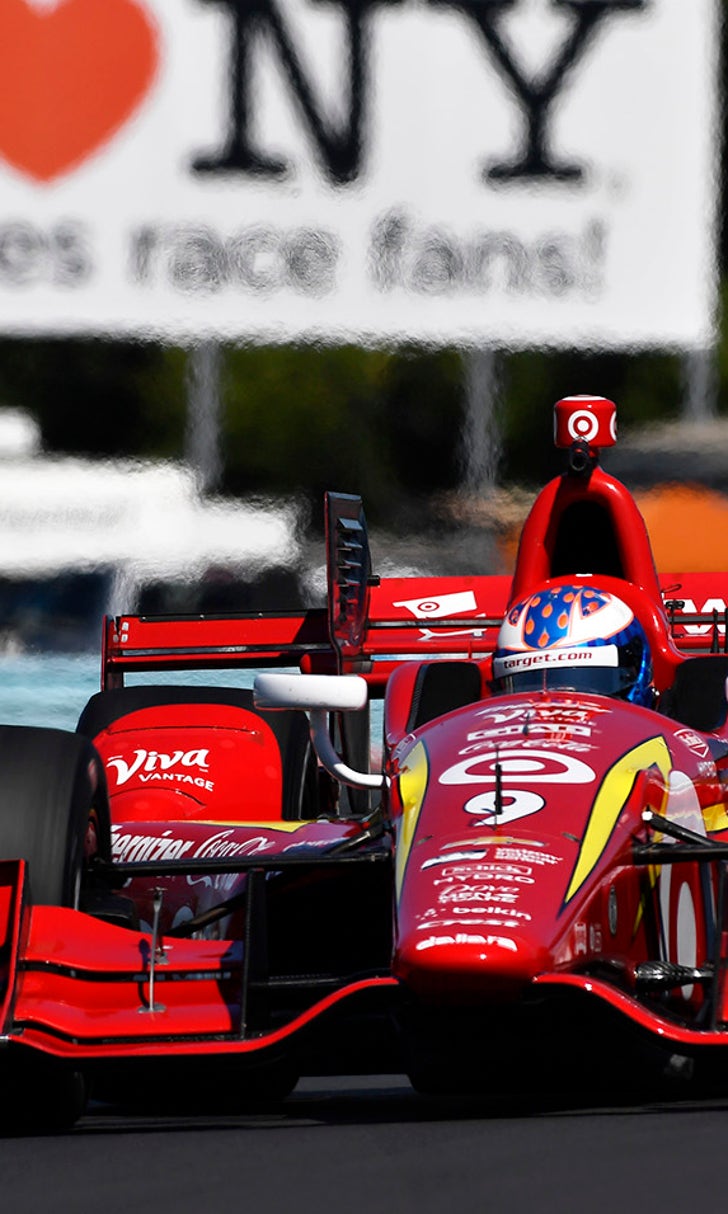 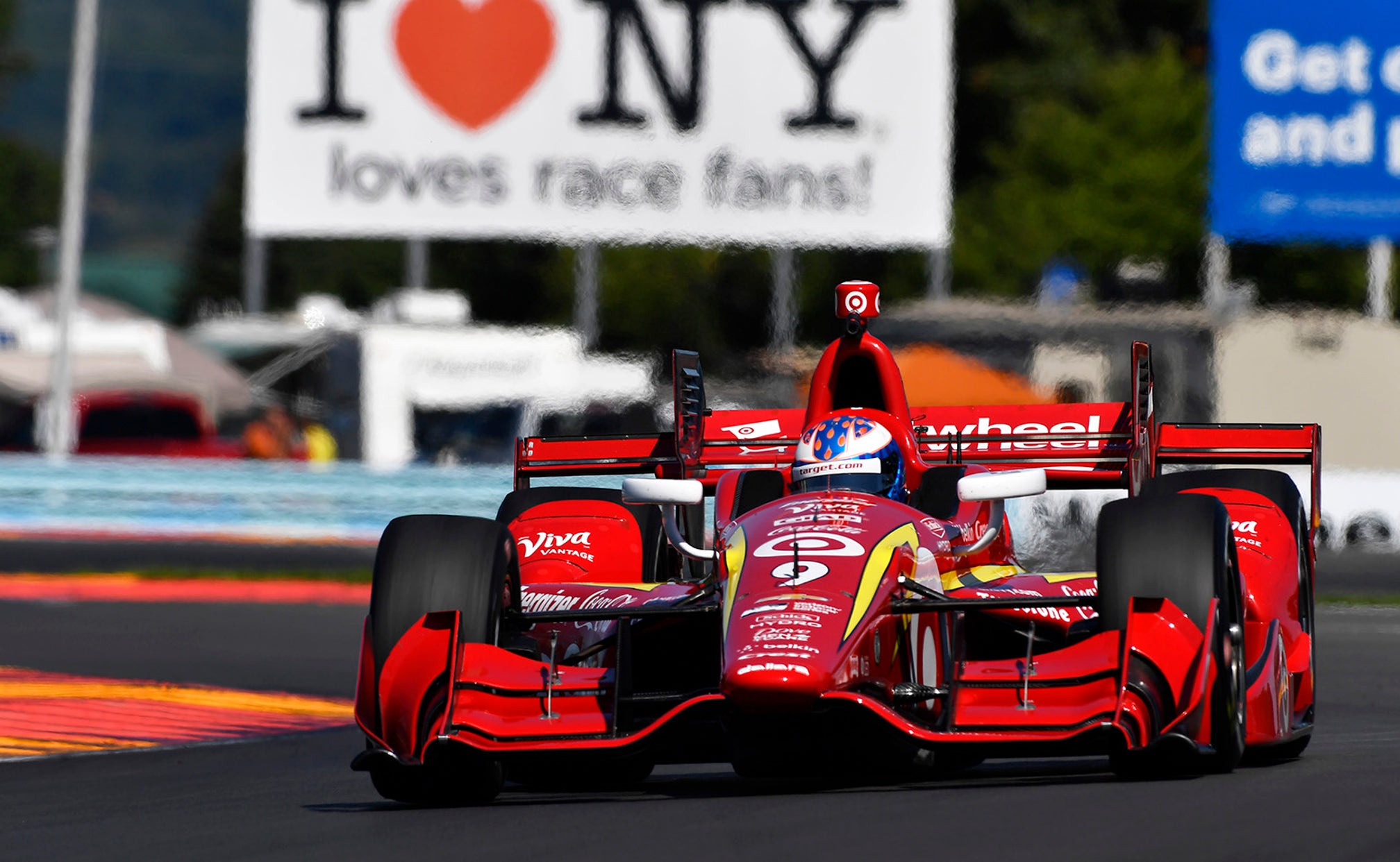 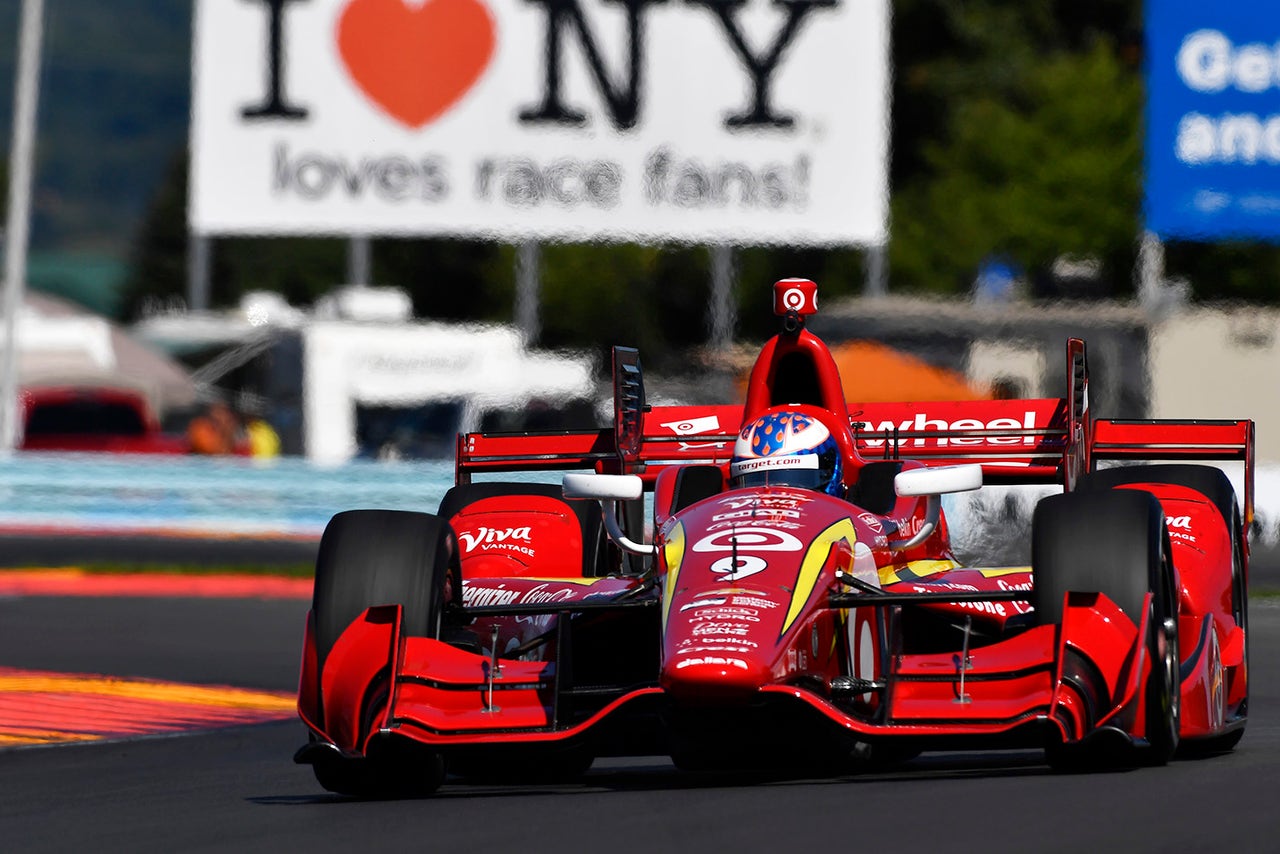 Scott Dixon will lead the field to green for Sunday's IndyCar Grand Prix at The Glen after running a 1:22.5259 during qualifying on Saturday.

The Verizon IndyCar Series is racing for the third straight weekend this Sunday at the Watkins Glen road course in New York.

Simon Pagenaud will be looking to hold his points lead with just two rounds to go. Pagenaud's points lead has shrunk over the past several rounds to his Team Penske teammate Will Power. The duo was due to line up on the fourth row on the grid after both missed out on making it into the Fast Six. However, Mikhail Aleshin had his two fastest times from the Fast 12 disallowed after pulling off and impeding Juan Pablo Montoya. This moved Will Power up into the Fast Six, where he qualified second.

Montoya was also eliminated in the Fast 12, as was RC Enerson, who qualified 11th in just his second start.

Among those eliminated in the first round of qualifying was James Hinchcliffe, who would have made it into the Fast 12 but had a spin during one of his runs, and so lost his fastest time due to qualifying interference. This allowed Mikhail Aleshin to move on.

He wasn't the only one to hit trouble during qualifying, as Takuma Sato brought out the red flag when he spun in the toe of the boot, ending the Group 2 qualifying session.

Scott Dixon has been the fastest driver all weekend, and is definitely one of the favorites to win Sunday's race. Meanwhile, Aleshin and Hinchcliffe did not hold back in voicing their displeasure over IndyCar's penalty calls during Saturday afternoon's qualifying session.