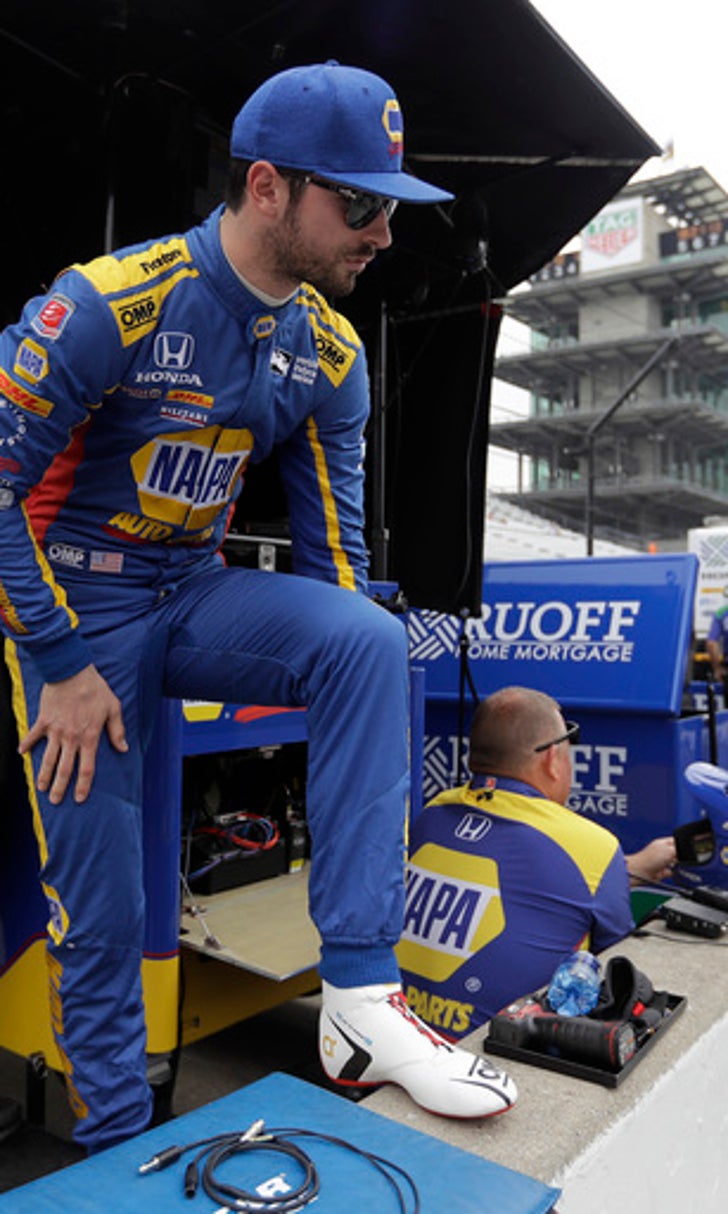 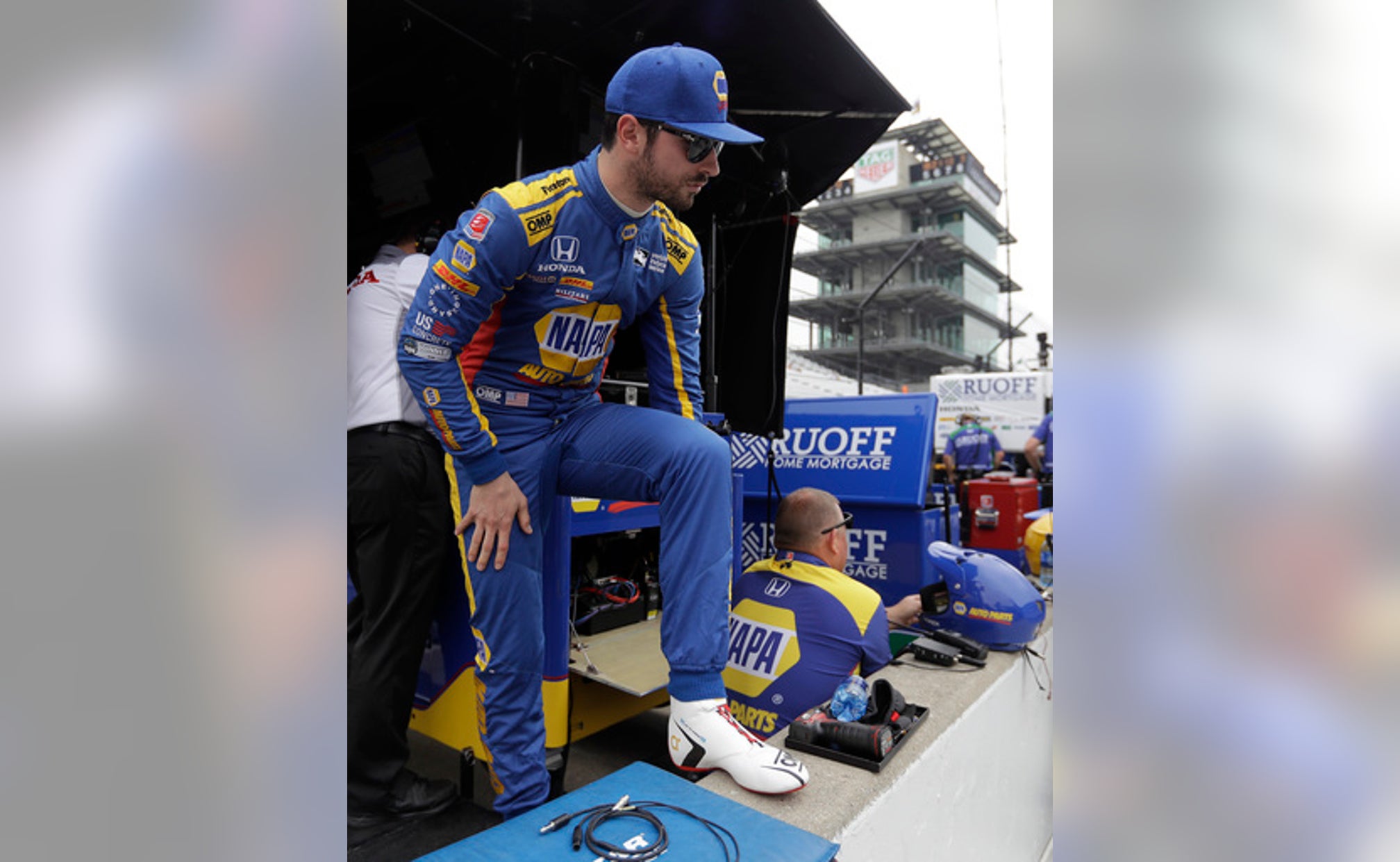 INDIANAPOLIS (AP) Alexander Rossi and Conor Daly could view the Indy 500 as another leg of ''The Amazing Race.''

The close friends and former reality TV teammates are starting side by side in the last row of the ''Greatest Spectacle in Racing'' - farther back than any previous winner. It's their first time competing against each other since racing around the world together seeking $1 million last fall. It's not the starting spot either wanted, but both have a chance to make history.

''The silver lining is we have a very cool opportunity,'' Rossi said. ''I think it will be one hell of a story if we can pull it off.''

The 26-year-old Rossi will start next to last in the No. 27 Honda for Andretti Autosport. The 2016 race winner ended up with a less-than-ideal qualifying position because of a punctured right front tire.

No one expects him to be in the back very long. Rossi showed enough speed during practice sessions that he has been made one of the betting-line favorites. Online betting site Bovada made him the top choice, with 8-1 odds.

''It's definitely possible at this race,'' he said. ''If we were at Road America or Phoenix right now, I definitely wouldn't be as optimistic as I am. But this race, if you qualify 32nd if you're slow, you're not going to drive to the front. If you qualify 32nd because you have an issue and you don't feel that you should be there, then you have a pretty big opportunity.

''There are a lot of different ways you can play if you have a fast car.''

Daly qualified 31st in the 33-car field, getting Thom Burns Racing and the No. 18 Honda sponsored by the U.S. Air Force into one of auto racing's most prestigious events.

''I'd say we're a 16 seed,'' Daly said, noting all the upsets in the NCAA Tournament in March. ''But just like the tournament, anything can happen in this race. We see it all the time: Things change. Things go from really bad to really good. Just one pit stop can change things from all over the place.''

Daly doesn't have a full-time ride in the IndyCar Series this season. The 26-year-old Daly will make his NASCAR debut in August when he jumps into a Ford Mustang for Roush Fenway Racing and competed in the Xfinity Series race at Road America in Wisconsin.

Still, IndyCar is his first choice and delivering a solid result Sunday could lead to more options in the future.

''We sort of know where we're at,'' Daly said. ''We have realistic expectations: We want to have a long Sunday. We want to be there the whole time, the whole race and have a shot to have a good finish at the end.''

Rossi and Daly failed to make it to the end of ''The Amazing Race.''

The roommates ended up fourth, eliminated just before the finale. It was a disappointing conclusion after competing around the globe. They stopped in Iceland, Belgium, Morocco, France, the Czech Republic, Zimbabwe, Bahrain, Thailand and Hong Kong, winning a race-high four legs but finishing last in Hong Kong and getting cut.

Among the challenges they faced: traversing a suspension line in Iceland, completing a ''sky climb'' in Belgium, sailing a dinghy in France, building a trebuchet in France, singing and dancing in Zimbabwe and eating scorpions in Thailand. They were slowed and eventually done in by a tricky street puzzle in Hong Kong at night.

''It was definitely a wild experience,'' Daly said.

Added Rossi: ''It wasn't for fame or money or anything like that. It was just to truly try to help promote my brand and the rising IndyCar Series.''

They found themselves paired up again Thursday night at the ''Last Row Party,'' an annual celebration of the final three qualifiers that raises scholarship money for journalism students.

Daly, Rossi and last-place qualifier Jack Harvey also earned a little money. Daly was presented a check for 31 cents. Rossi got one for 32 cents, and Harvey landed one for 33 cents.

The paychecks served as reminders of how quickly things can change at Indy, where Rossi was a surprise winner two years ago, a challenger in 2017 and now someone looking to deliver a real-life amazing race.

''This place owes no one anything,'' he said. ''You don't deserve to be in it by any stretch of the imagination. Going from fighting to be in the Fast Nine so you can hopefully fight for the pole to the next day literally being next to last just shows you that every day you have to respect it and you have to appreciate the opportunity you have to be able to drive on it.