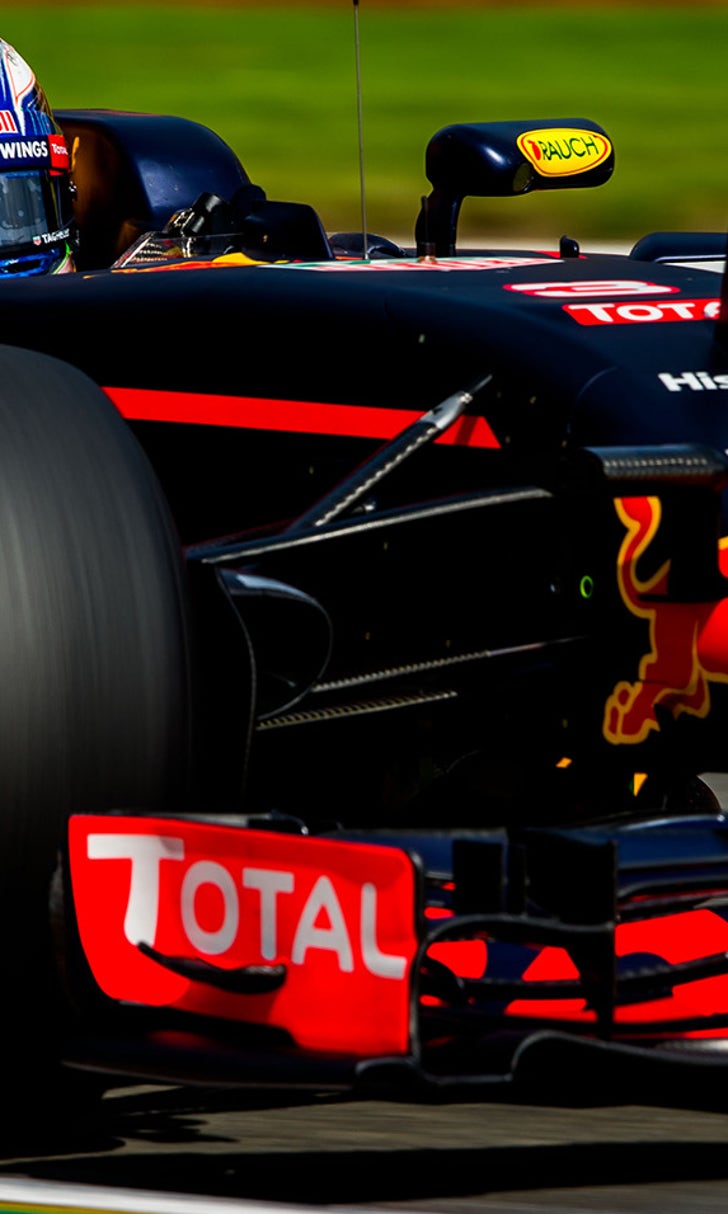 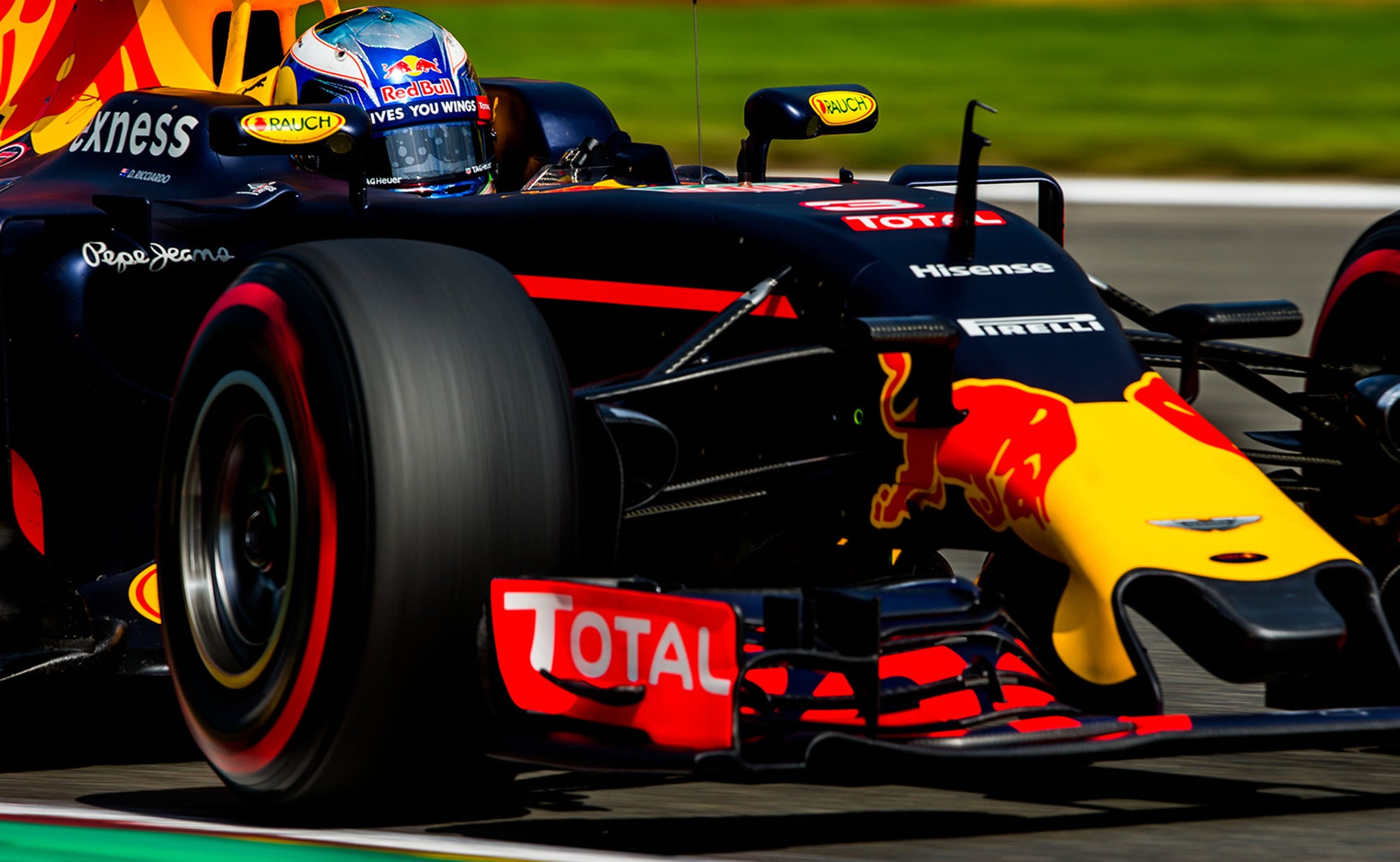 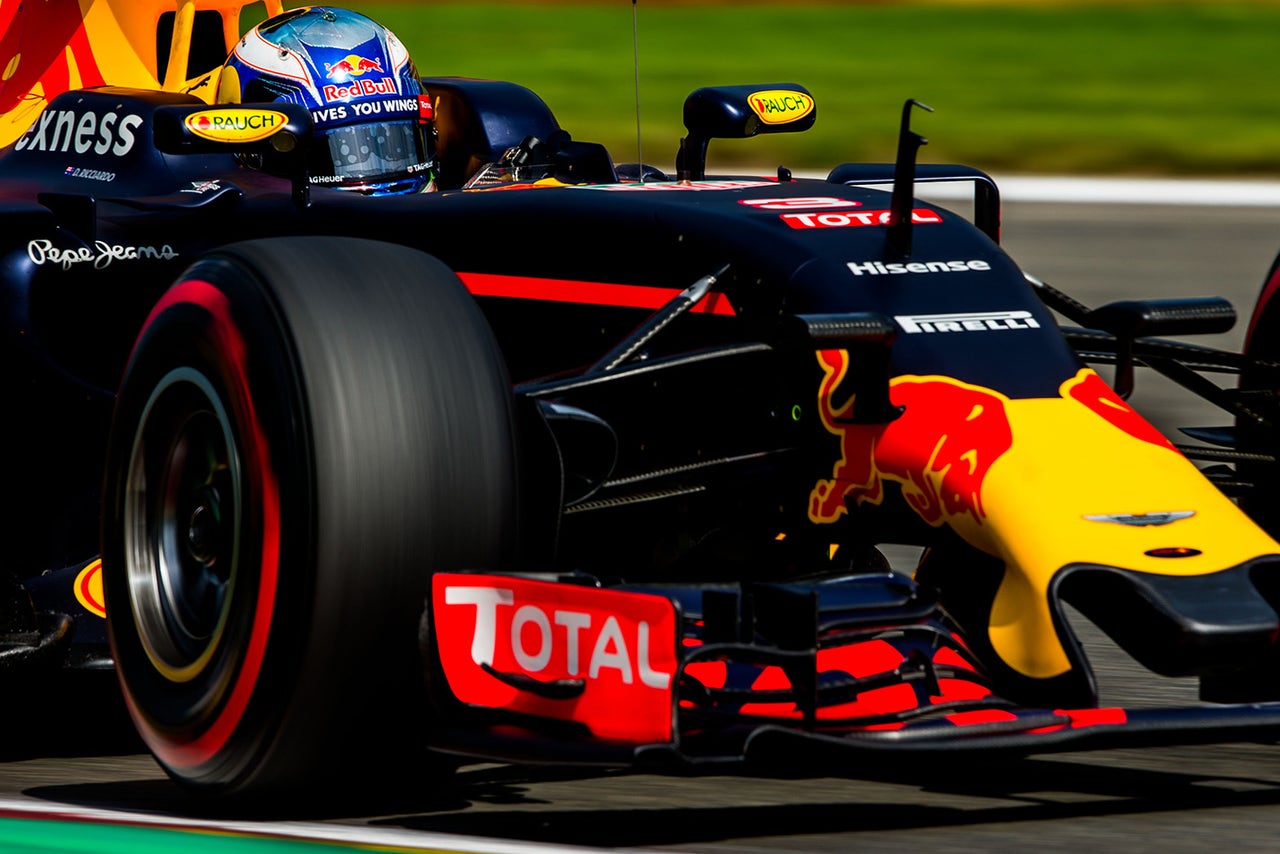 Red Bull Racing decided to split the starting tire strategies of Max Verstappen and Daniel Ricciardo at Spa because the team doesn’t know whether a first stint on the supersoft or soft will be the better choice.

However, the drivers made the decision for themselves as Verstappen had a clear preference for the supersoft, and Ricciardo preferred the soft. They will start second and fifth, split by the two Ferraris.

In Spain the two ran different strategies, and Verstappen came out on top, much to the frustration of his teammate.

“The drivers and their respective engineers picked the strategies, and from my perspective and a team point of view it covers both options. We’ll know tomorrow which one is the right way and which is the wrong way.

“It will be a fascinating race, to see how the strategies unfold. It’s going to be all about tire deg.”

Horner agreed that, as the fastest supersoft runner in a battle with four cars starting on softs, Verstappen will not been in a direct fight with his rivals: “He’s got his own race going on, and it will be up to him to get through the traffic and get on with it.”

Horner said the team had expected to find it hard to beat the Ferraris. While Verstappen was able to rise to the challenge, Ricciardo didn’t have a good Q3.

“We always knew here this circuit was always going to be a bit more of a Ferrari circuit than a Red Bull circuit, so to have outqualified them and be right with them was better than we expected coming into the weekend. As soon as Ferrari turn the engine up they are in good shape.

“For Daniel the first run in Q3 looked to be the quicker, because the wind changed between the two runs. He had a bit of a moment in Turn One, and of course that hurts you up the hill. He did a reasonably recovery on run two, but the circuit had lost a little bit of pace.”