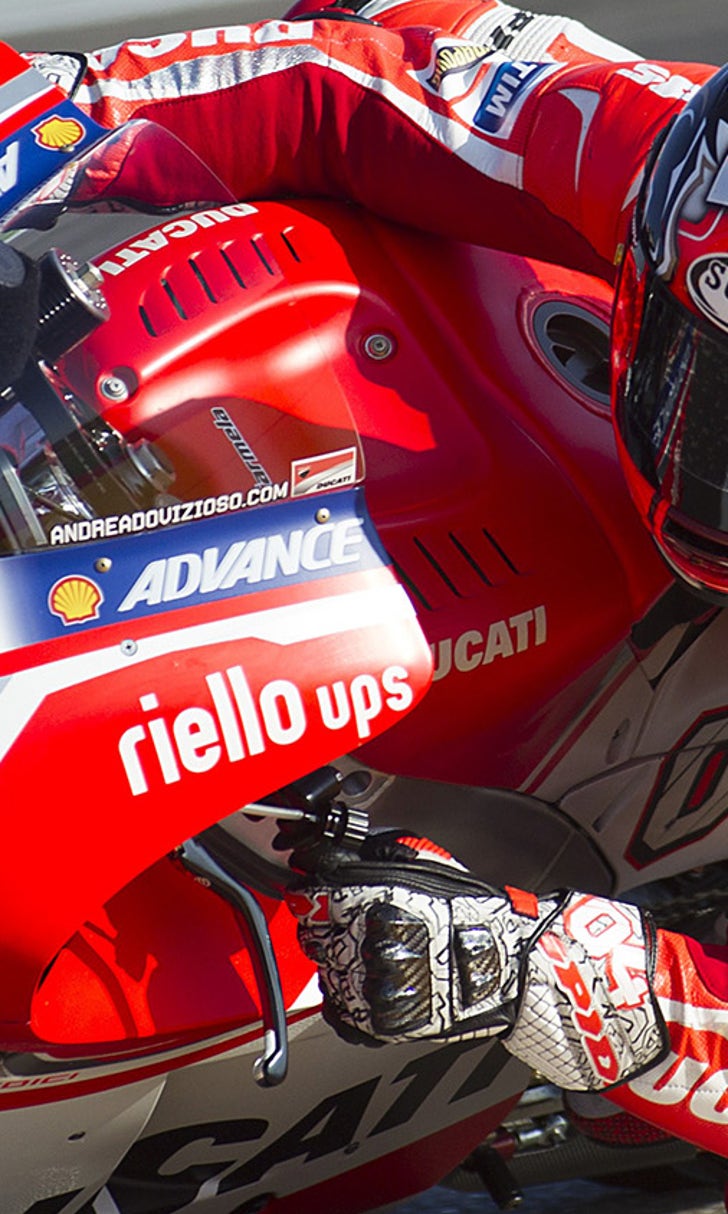 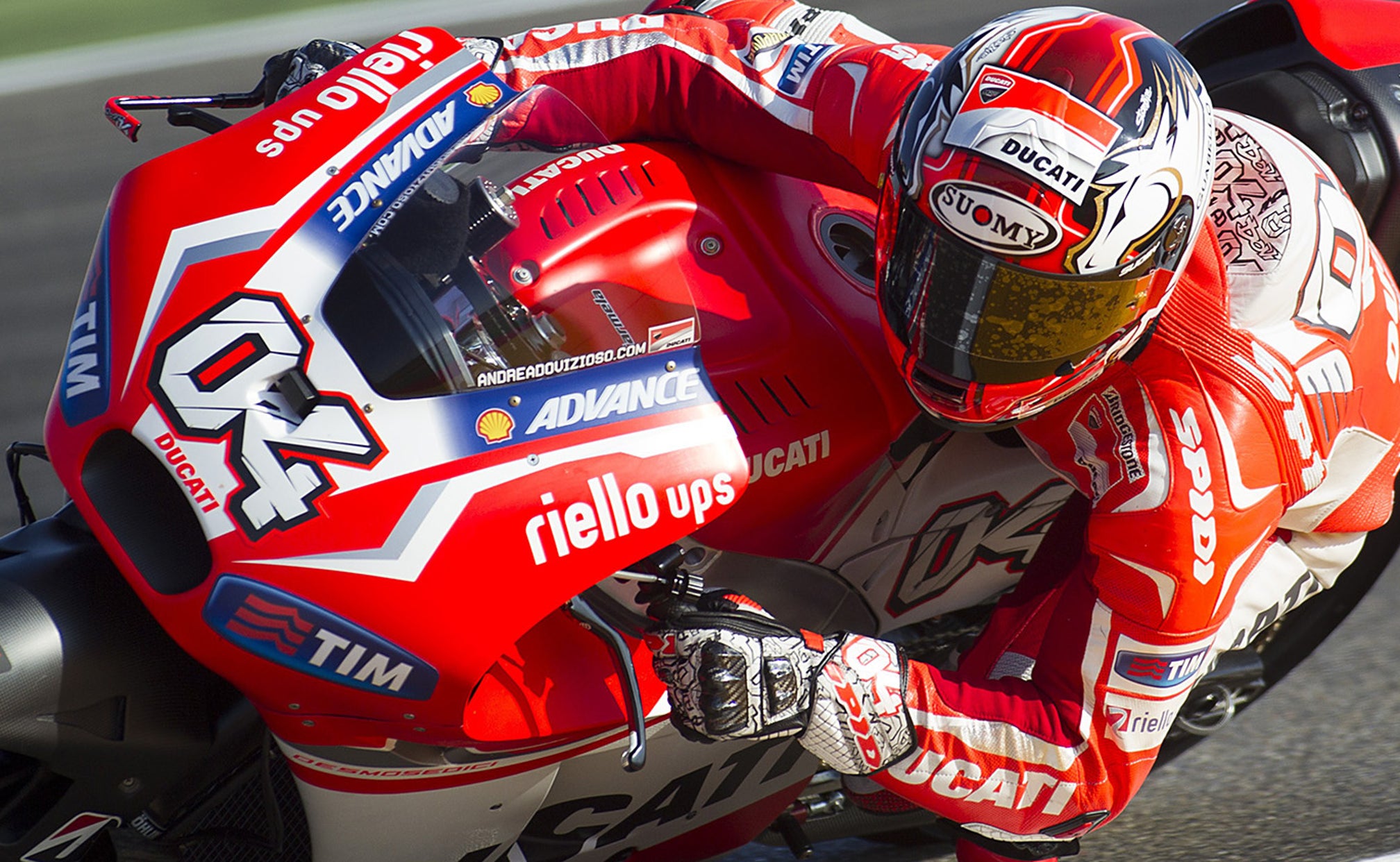 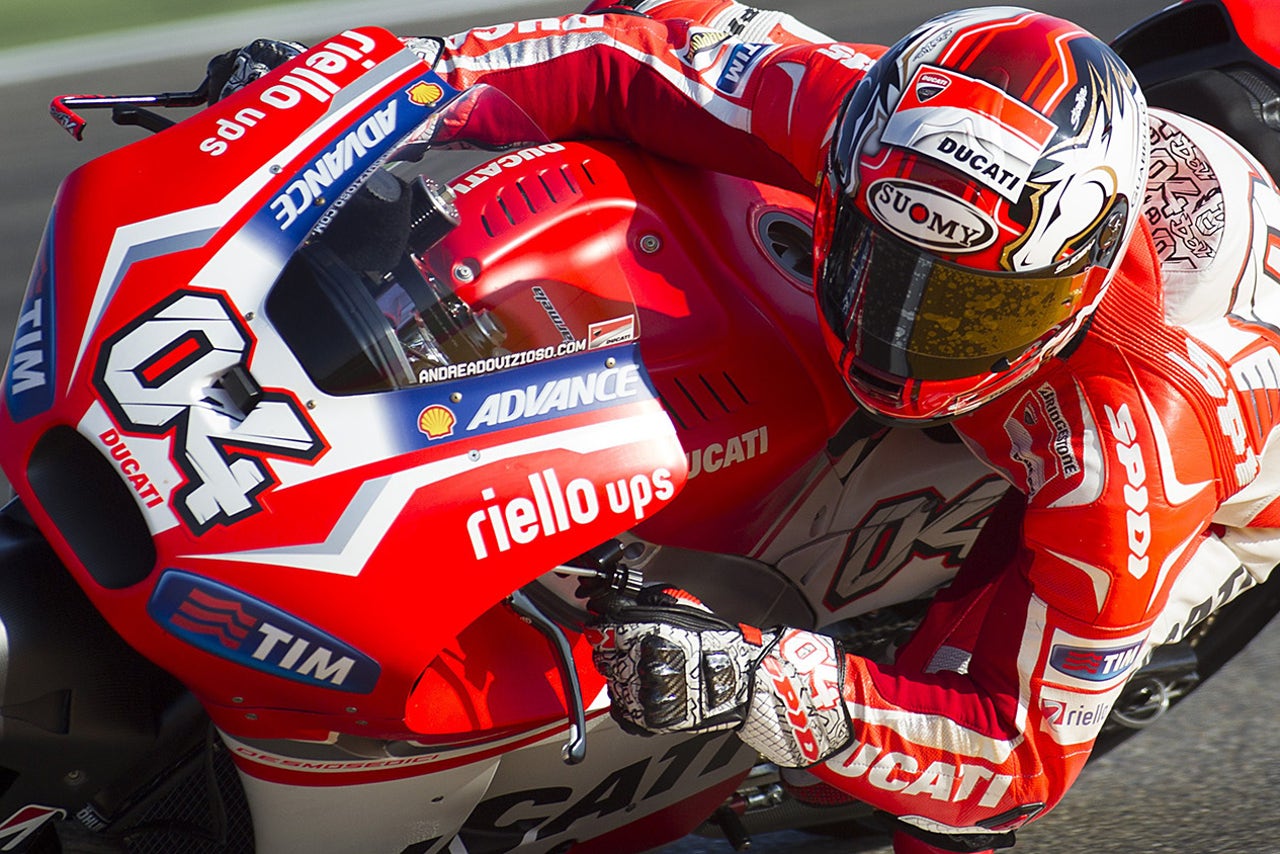 The MotoGP FP2 outing saw Andrea Dovizioso lead the way at the Gran Premio Movistar de Aragon, with Marc Marquez and Dani Pedrosa just behind him on the timesheet.

Dovizioso (Ducati Team) set the best time of the opening day at the Spanish circuit, putting in a 1:48.285 lap on softer option rubber and on his new GP14.2 machine, to outpace Marquez - who was on a hard tire - by 0.043s.

Marquez, meanwhile, is looking to repeat his 2013 victory in front of the home fans. He was 0.406s ahead of his Repsol Honda teammate Pedrosa, who was third in FP2.

In fourth place overall, Andrea Iannone (Pramac Racing) was around half a second behind his future teammate Dovizioso, as he also enjoyed riding the new GP14.2 following a test on the machine earlier this week at Mugello for both riders.

It was a difficult day for Hector Barbera (Avintia Racing) who was forced to abandon his new Ducati in FP1 as it caught fire and then only made it out on track again towards the end of FP2, to set the 17th fastest time overall.