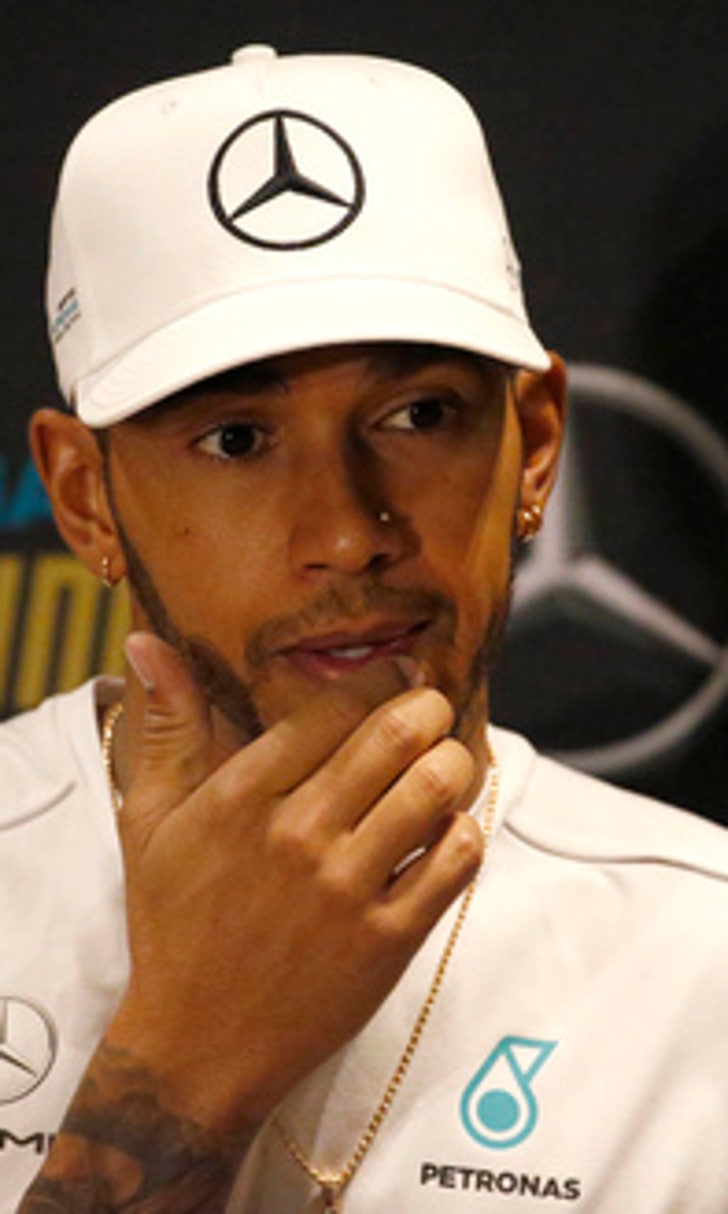 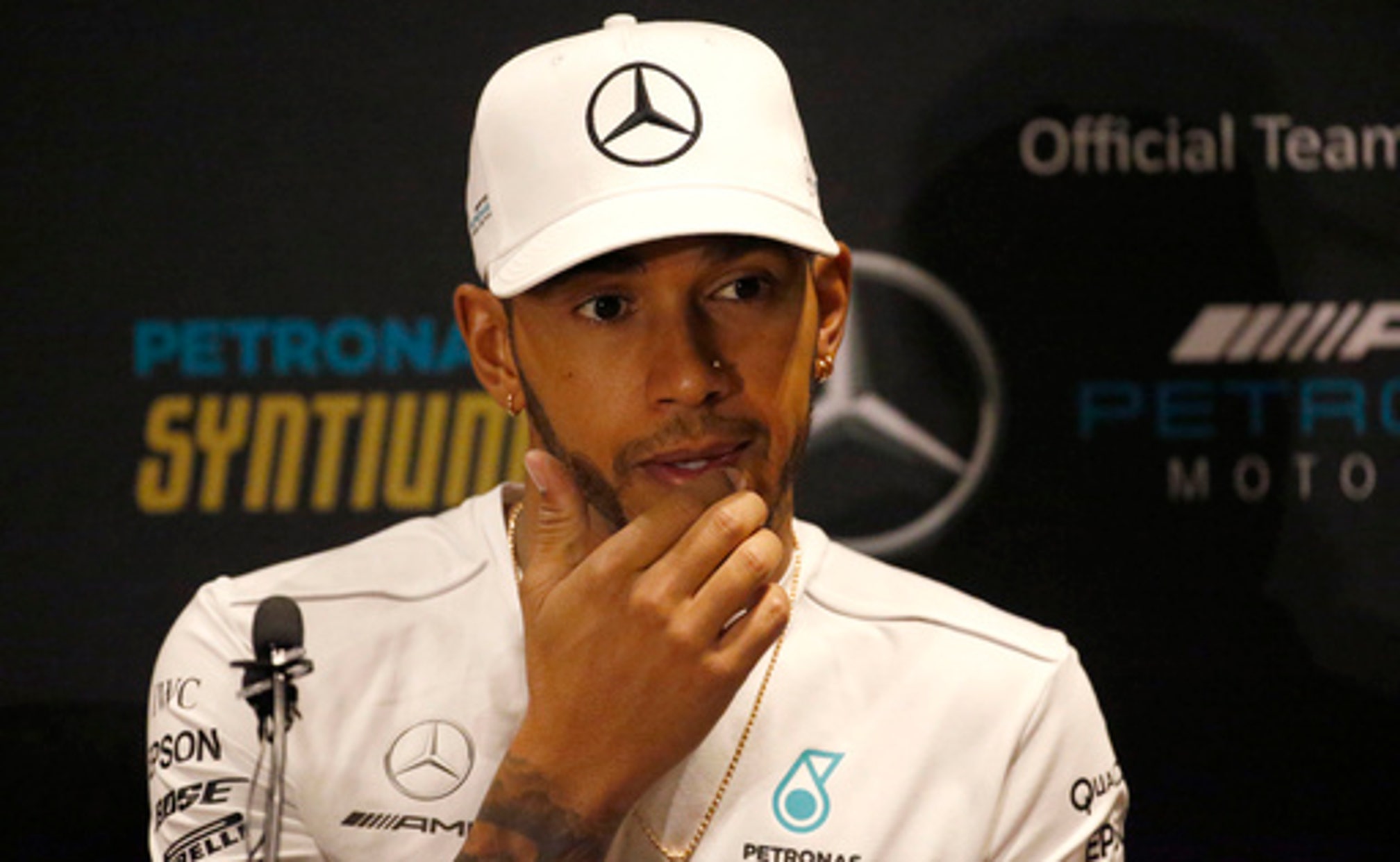 previous story
Landry, Spaun among leaders at Sanderson Farms
next story
Reid commits to new role despite no commitment from 49ers

MEXICO CITY (AP) The earthquake that struck Mexico City in September crumbled walls, killed more than 200 people and shook the confidence of this teeming city of 20 million people.

The track and the majestic concrete grandstand at the Autodromo Hermanos Rodriguez escaped unscathed and the Formula One Mexican Grand Prix, with its enormous crowds, confetti and celebratory sombreros on the podium, will go on this weekend. It's a chance for Mexico City to show the world that it is on the road to recovery, slow as it may be in some places.

For Mexican driver Sergio ''Checo'' Perez, the race is a chance to embrace the role of ambassador for the sport and his country in a time of need. Perez was in his hometown of Guadalajara when the magnitude 7.1 quake struck on Sept. 19, and he quickly donated about $165,000 (140,000 Euros) to victims. The track itself became a staging area for relief supplies in the aftermath of the earthquake.

Perez will wear a special helmet this week with a map of Mexico and the quake zone on top with the phrase ''Todo Mexico Unido! (All Mexico United!)''

''It's been a very tough couple of months for my country. What happened was horrible, but it was amazing to me not just how Mexico responded but the whole world,'' Perez said Thursday. ''I knew that I needed to do something for my people ... (the helmet) is to remind everyone that we are together.''

With a race weekend expected to draw more than 300,000, the Mexican Grand Prix has a chance to throw a grand party for Lewis Hamilton.

The Mercedes driver is closing in on a fourth career F1 driver's championship. He is aiming for his 10th win of the season and would need only to finish fifth or better Sunday to win the championship.

There's no chance Hamilton will hang back and let others fight it out up front.

''I'm here to win,'' Hamilton said. ''I'm not going for anything else but No. 1 ... I think to myself, how would I feel if finish fifth and win the world championship? I wouldn't feel great. You want to be on top of the podium.''

The Briton has won five of the previous six races, including last week at the U.S. Grand Prix in Texas . His tear through the second half of the season seized the title chase from Ferrari rival Sebastian Vettel, who must win the final three races and have some bad luck strike Mercedes to have a chance of catching him.

Vettel isn't giving up. He finished second in the U.S. and plans to put the fight to Hamilton again.

A victory and another season championship would spur new conversations about Hamilton's legacy among the sport's great drivers. Formula One's first and only black driver would join Vettel and Alain Prost with four championships, and he would trail only Michael Schumacher (seven) and Juan Manuel Fangio (five) in F1 history.

One of his peers already puts Hamilton in the top rung of drivers..

''Lewis is definitely one of the best drivers in the history of Formula One,'' Williams driver Felipe Massa said. ''You cannot really take him away or (put him) in a different level compared to Michael Schumacher and Ayrton Senna. He's there.''

Hamilton's first title came in 2008 when his fifth-place finish in the final race in Brazil - a position secured in the final turns - snatched the championship from Massa and Ferrari.

Mexico City is also a chance for Red Bull driver Max Verstappen to get past some recent controversy.

Verstappen and his team were furious last week when a third-place finish was taken away by a 5-second penalty for an illegal pass on Ferrari's Kimi Raikkonen on the final lap. The demotion spoiled a brilliant drive up from 16th on the starting grid.

It was reminiscent of Verstappen's race in Mexico in 2016 when officials ruled he improperly left the track to gain advantage on Vettel to finish third and was bumped from the podium.

Mexico City will also be the second race for New Zealand's Brendon Hartley. The former endurance driving champion and one-time Red Bull protege made his F1 debut with Toro Rosso last week and finished 13th. He drives this week in place of Russian Daniil Kvyat, whose future with the team has been in doubt all season.