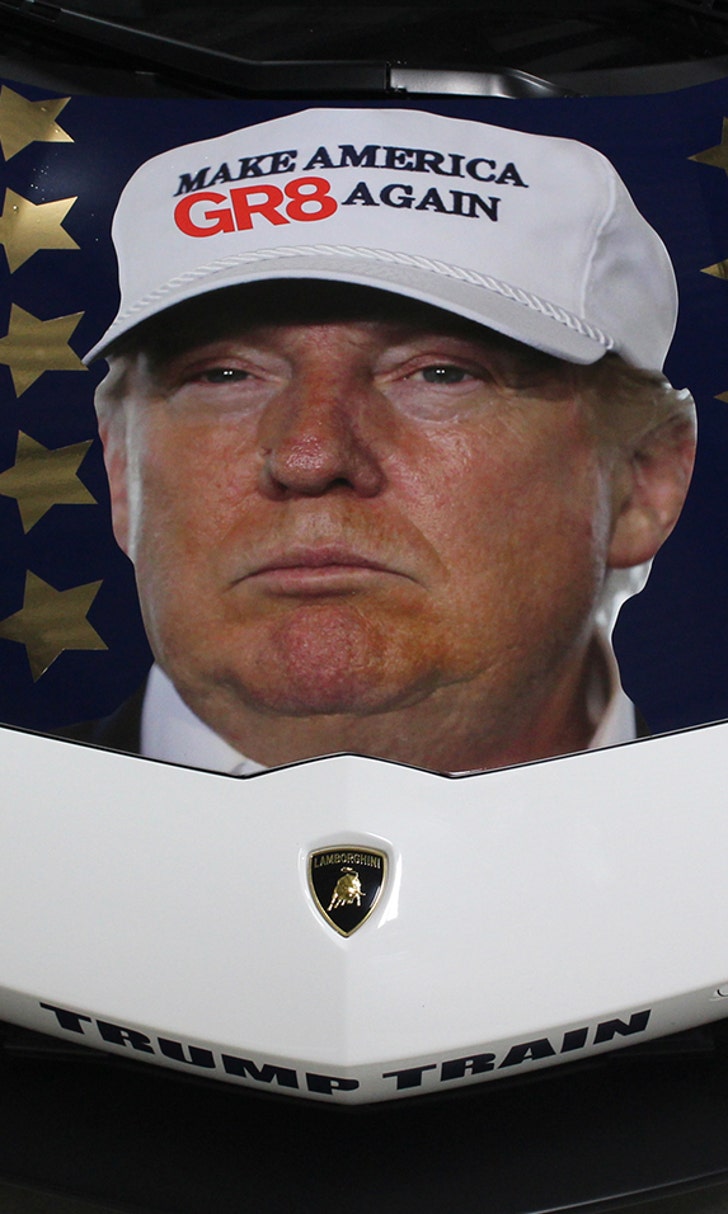 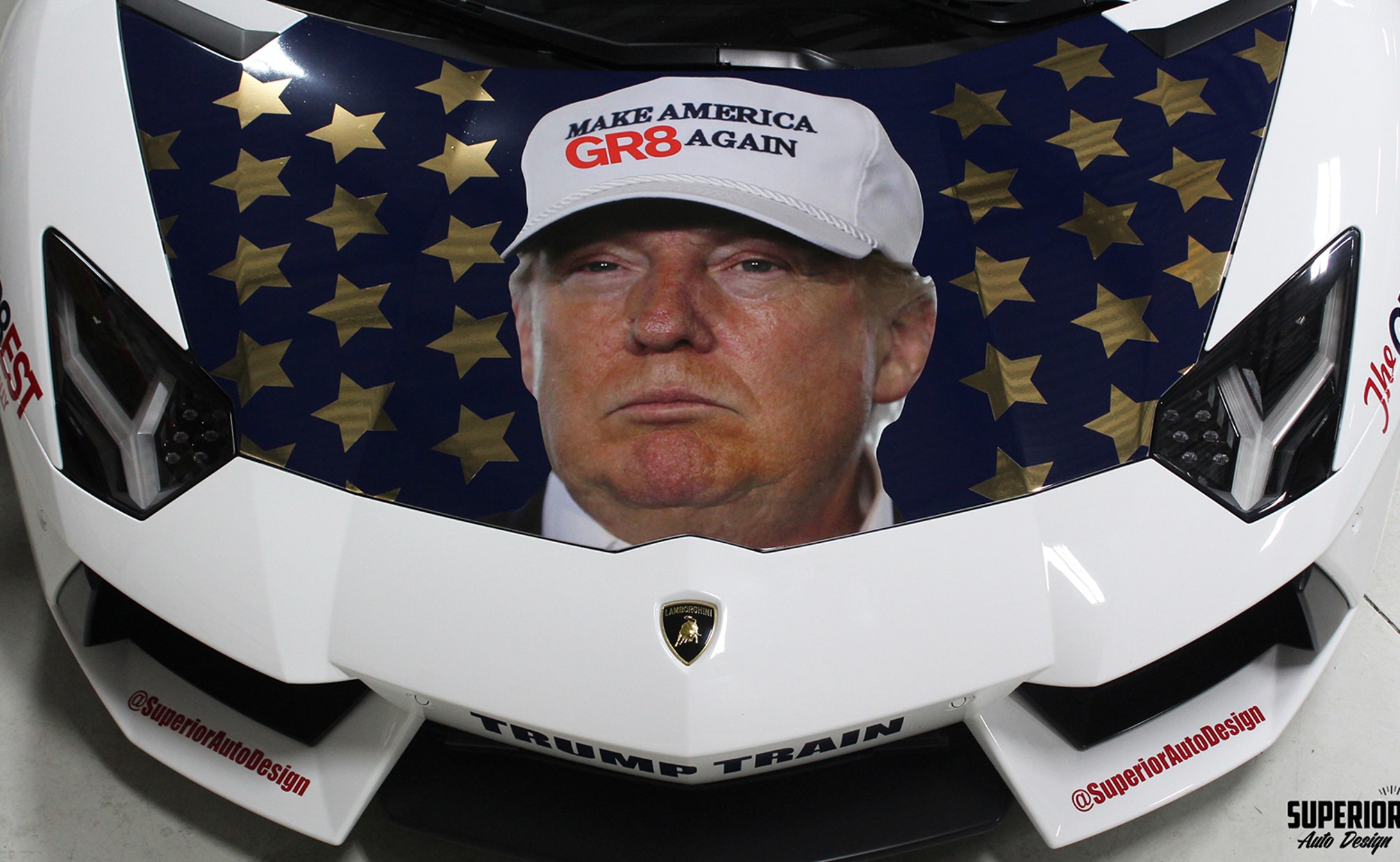 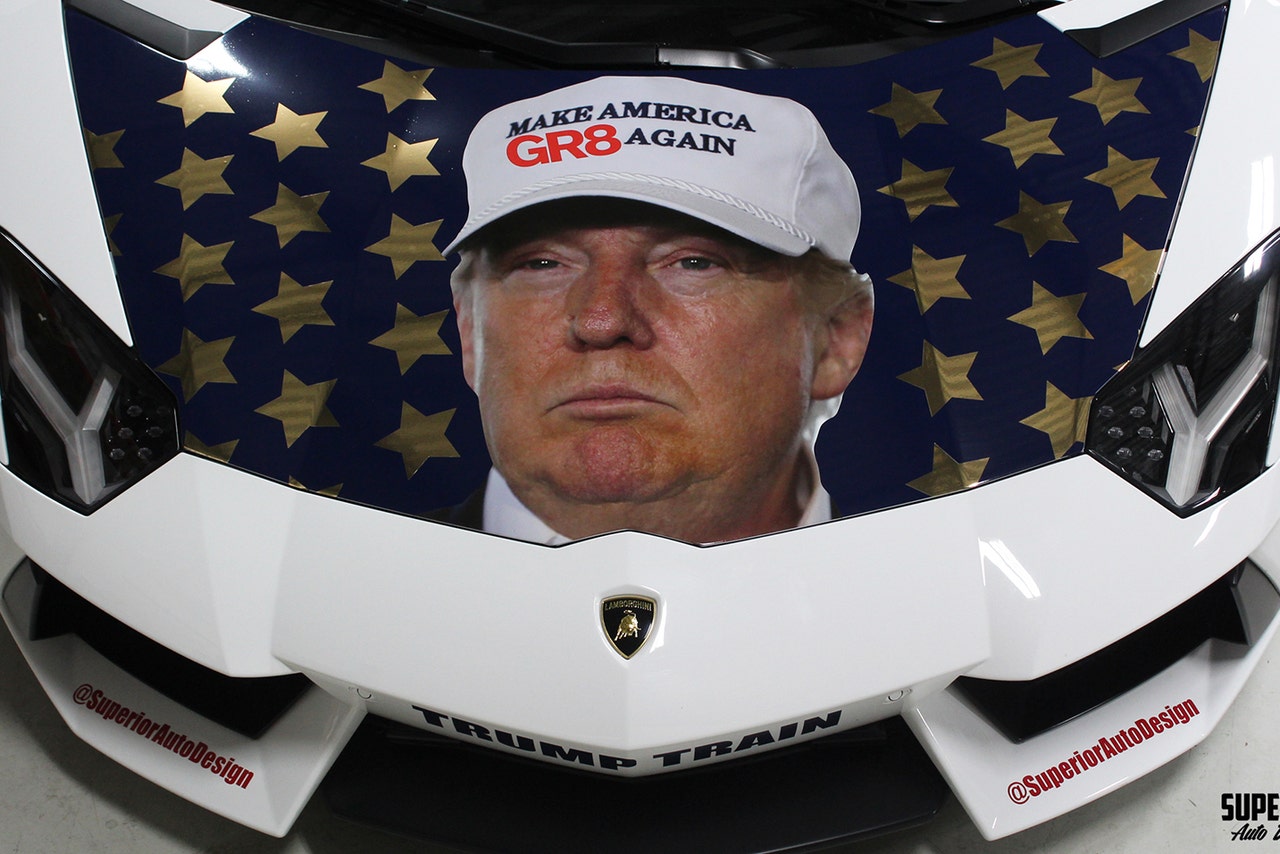 There are several rallies going on this year, and we’re not just talking about the Presidential ones.

One of the entrants has decked their car - a 691-horsewpoer Lamborghini Aventador - out in a Donald Trump wrap, in support of the polarizing Presidential hopeful. The car has been dubbed the Trumpventador.

The car was wrapped by SuperiorAutoDesign, and features Trump’s face, slogans, and the Stars and Stripes. The eighth running of the goldRush Rally begins on Friday in Boston and ends in LA on the 21st. 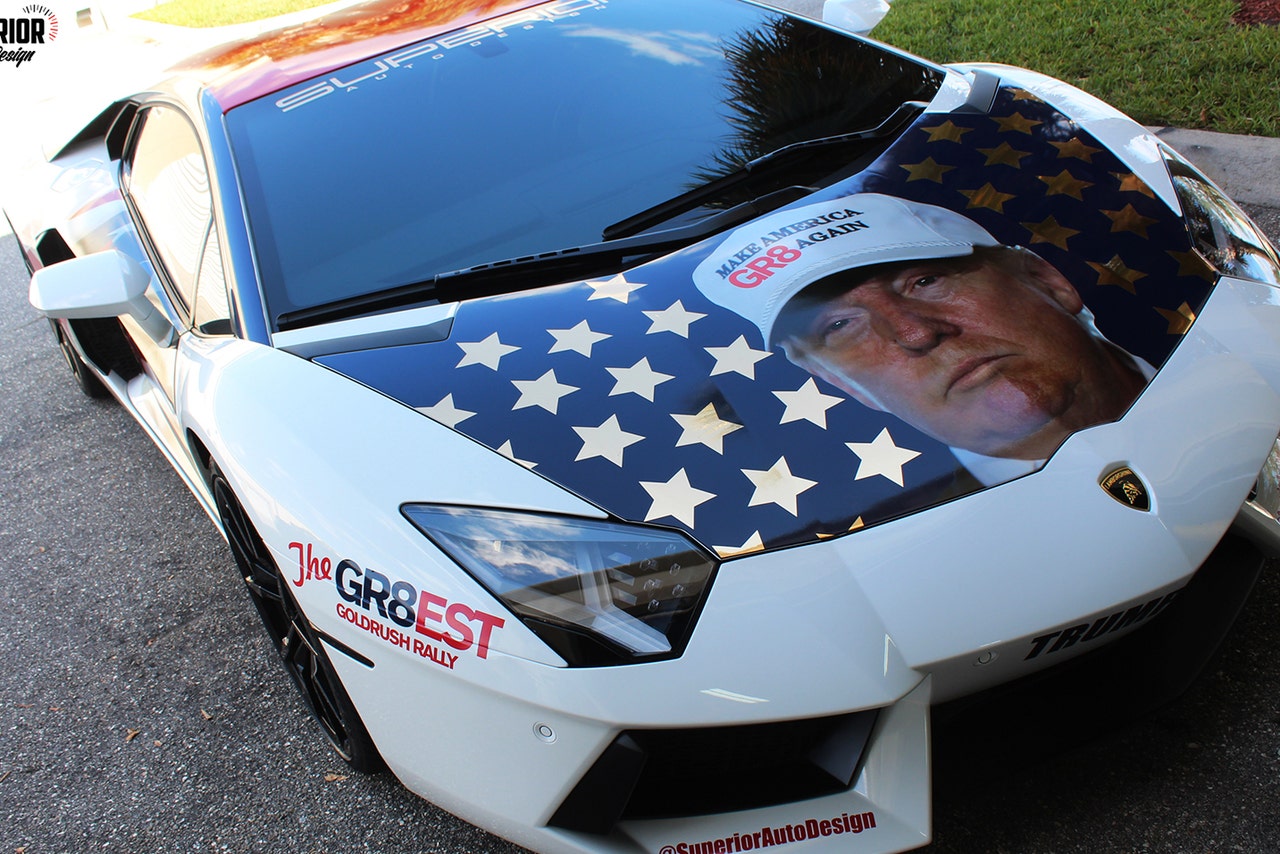 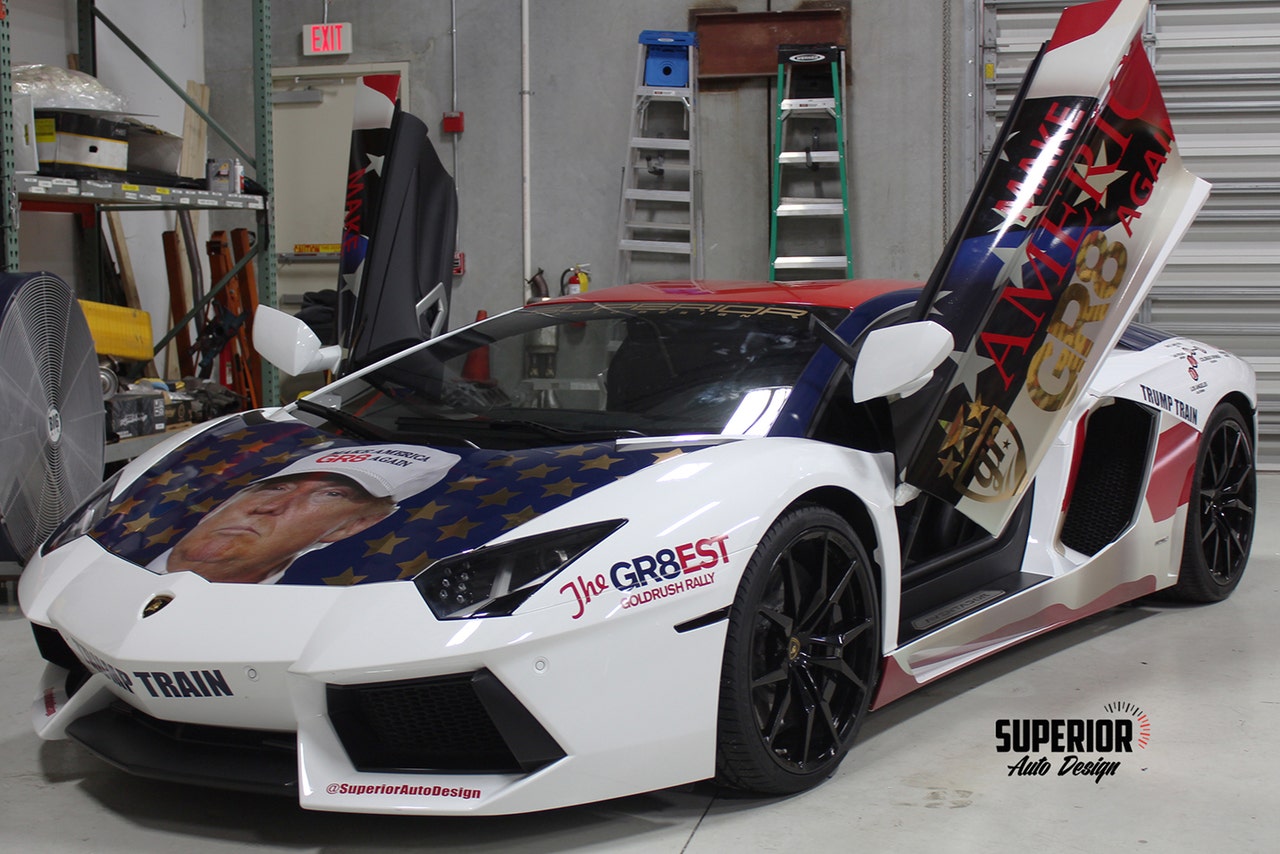