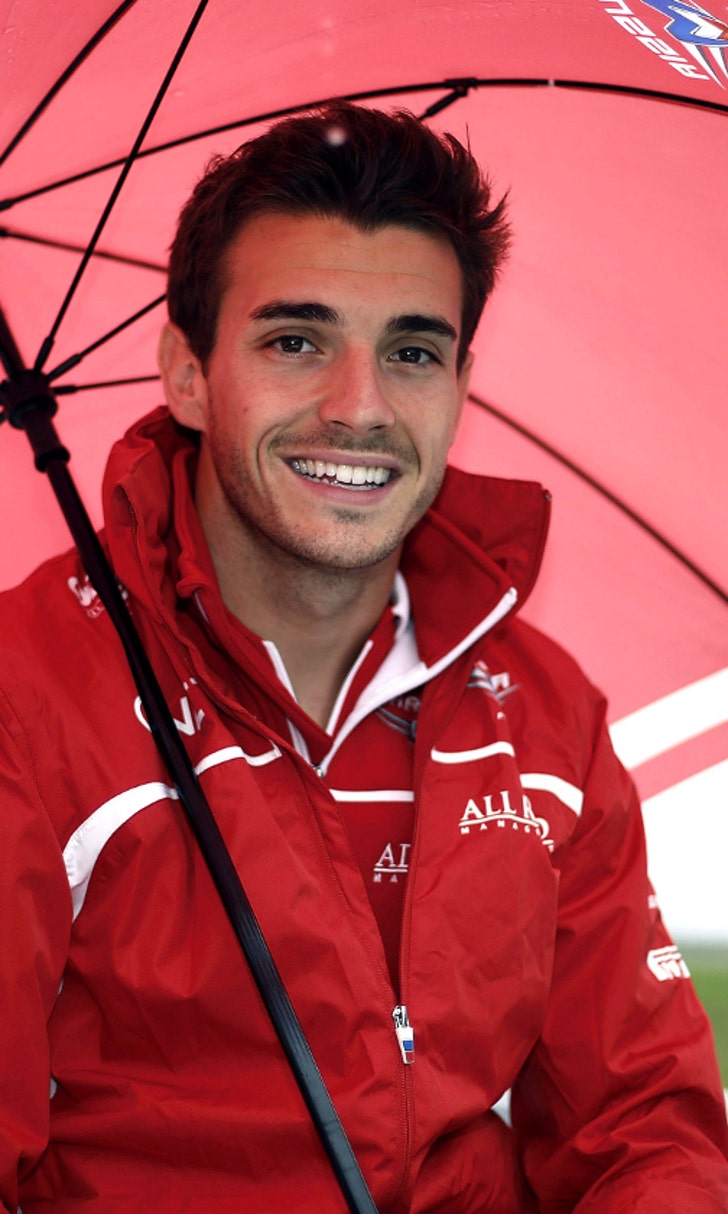 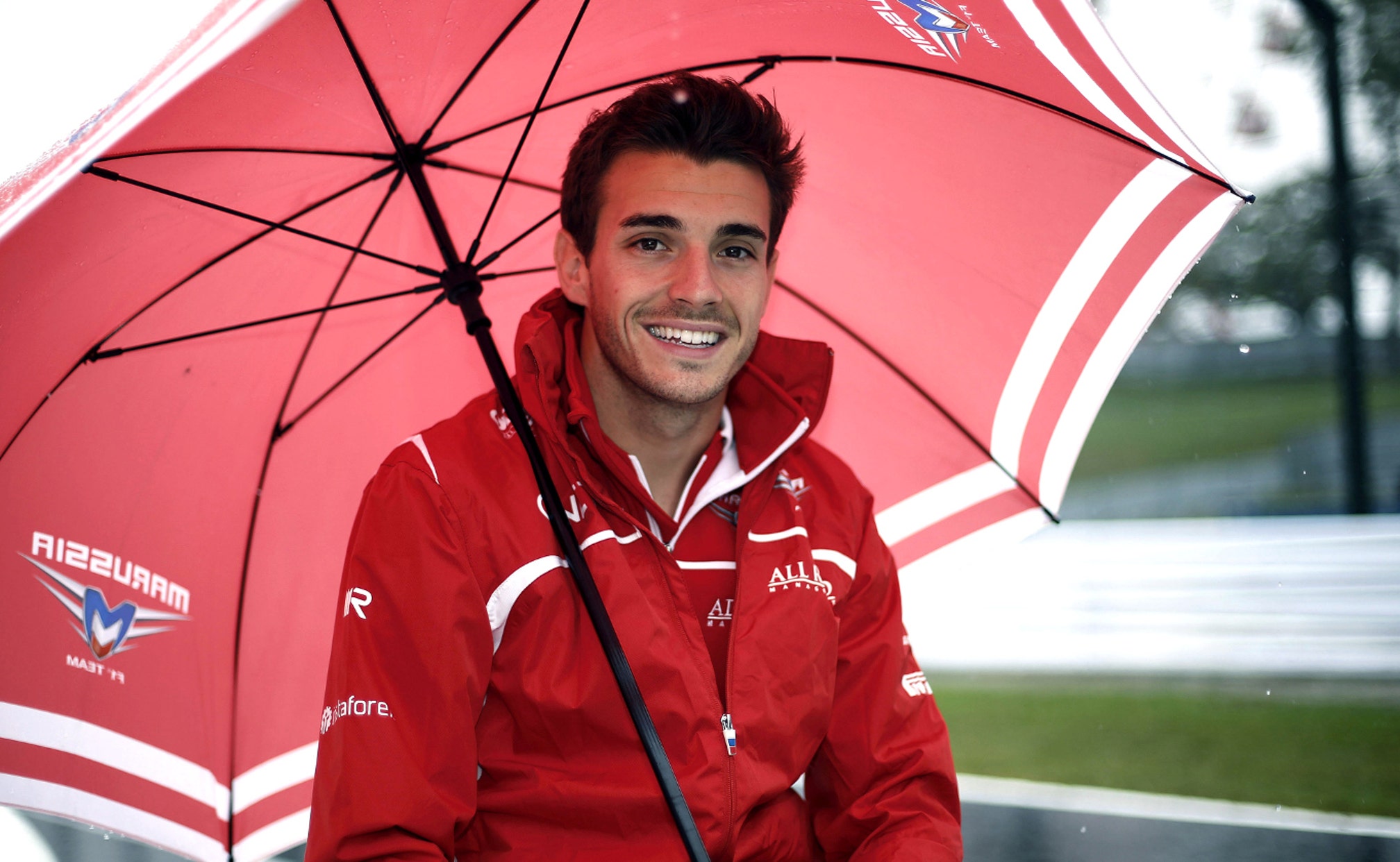 Jules Bianchi returns to France, breathing on his own 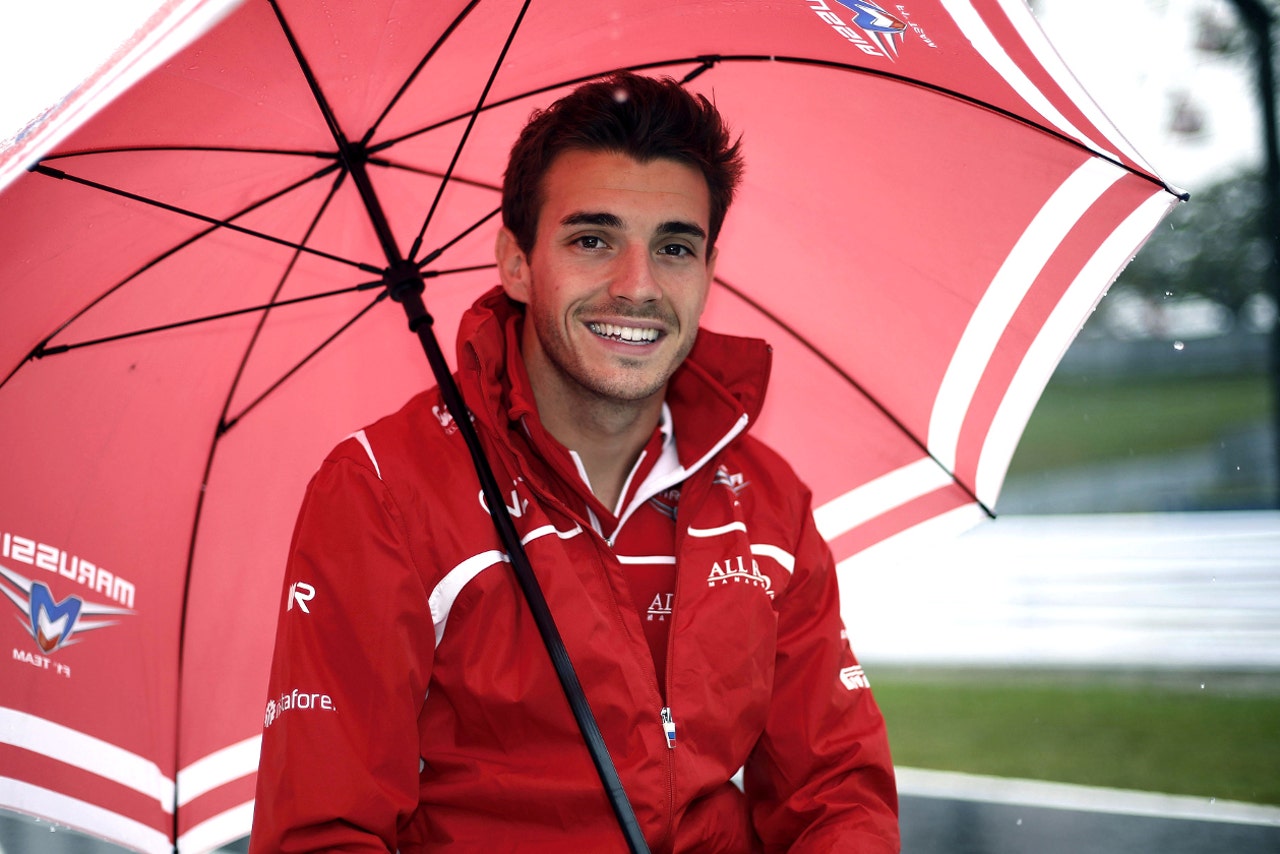 The family of Jules Bianchi says that he was transferred from Japan to France Tuesday night – and is no longer in an artificial coma, and is breathing on his own.

Jules Bianchi suffered a severe crash at the 2014 Japanese Grand Prix on Oct. 5 in Suzuka when his car slid off into a trackside crane that was recovering another vehicle.

In a statement, Bianchi's family said: “Almost seven weeks after Jules’ accident at Suzuka Circuit, and following a challenging period of neurological intensive care, we are able to announce that Jules has made an important step.

“Jules is no longer in the artificial coma in which he was placed shortly after the accident, however he is still unconscious. He is breathing unaided and his vital signs are stable, but his condition is still classified as ‘critical’. His treatment now enters a new phase concerned with the improvement of his brain function.

“Jules’ neurological condition remains stable. Although the situation continues to be serious, and may remain so, it was decided that Jules was sufficiently stable to be repatriated to his native France. We are relieved, therefore, to confirm that Jules was transferred aeromedically last night from the Mie Prefectural General Medical Center in Yokkaichi, Japan, to Le Centre Hospitalier Universitaire de Nice (CHU), where he arrived just a short time ago. Jules is now in the intensive care unit of Professors Raucoules and Ichai, where his care will also be monitored by Professor Paquis, Head of Neurosurgery Service.

“We are thankful that the next phase of Jules’ treatment can continue close to home, where he can be surrounded and supported by his wider family and friends. We have nothing but praise for the outstanding care provided by the Mie Prefectural General Medical Center since the accident. We owe the medical staff there an enormous debt of gratitude for everything they have done for Jules, and also for our family, during what is a very difficult time for us. In particular, we would like to extend our thanks to Doctors Kamei and Yamamichi, and also to Mr Ogura, all part of the team of personnel caring for Jules in Japan.”