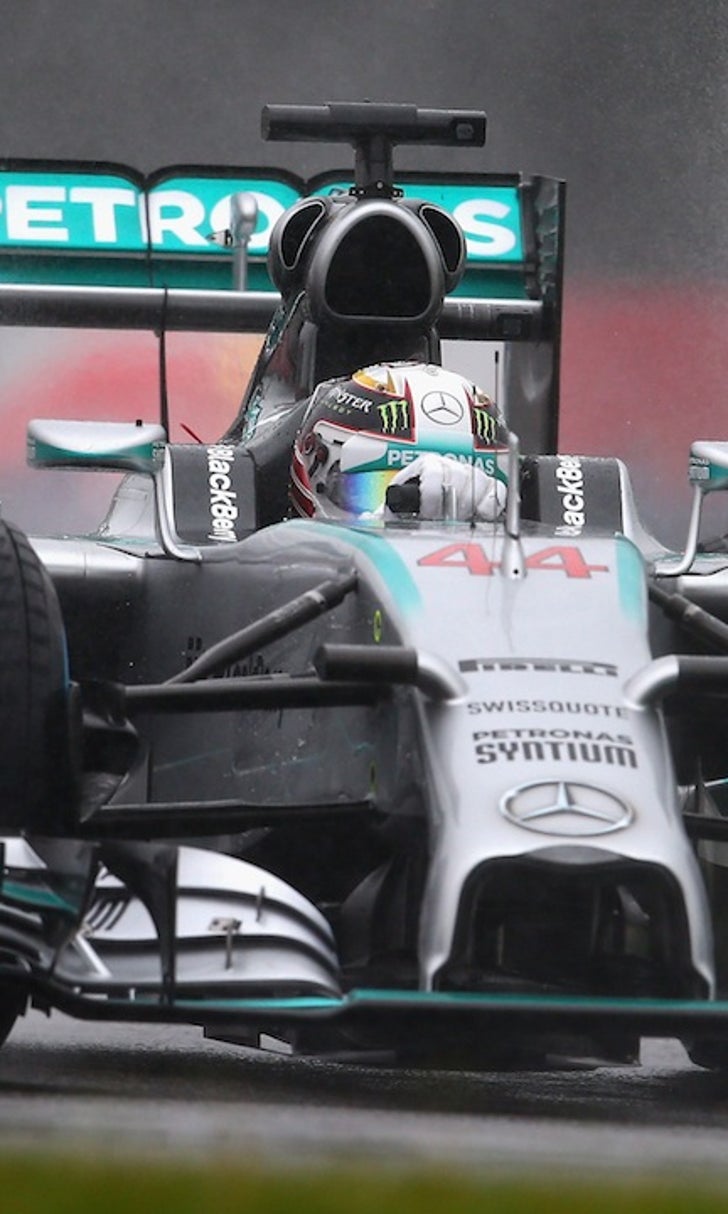 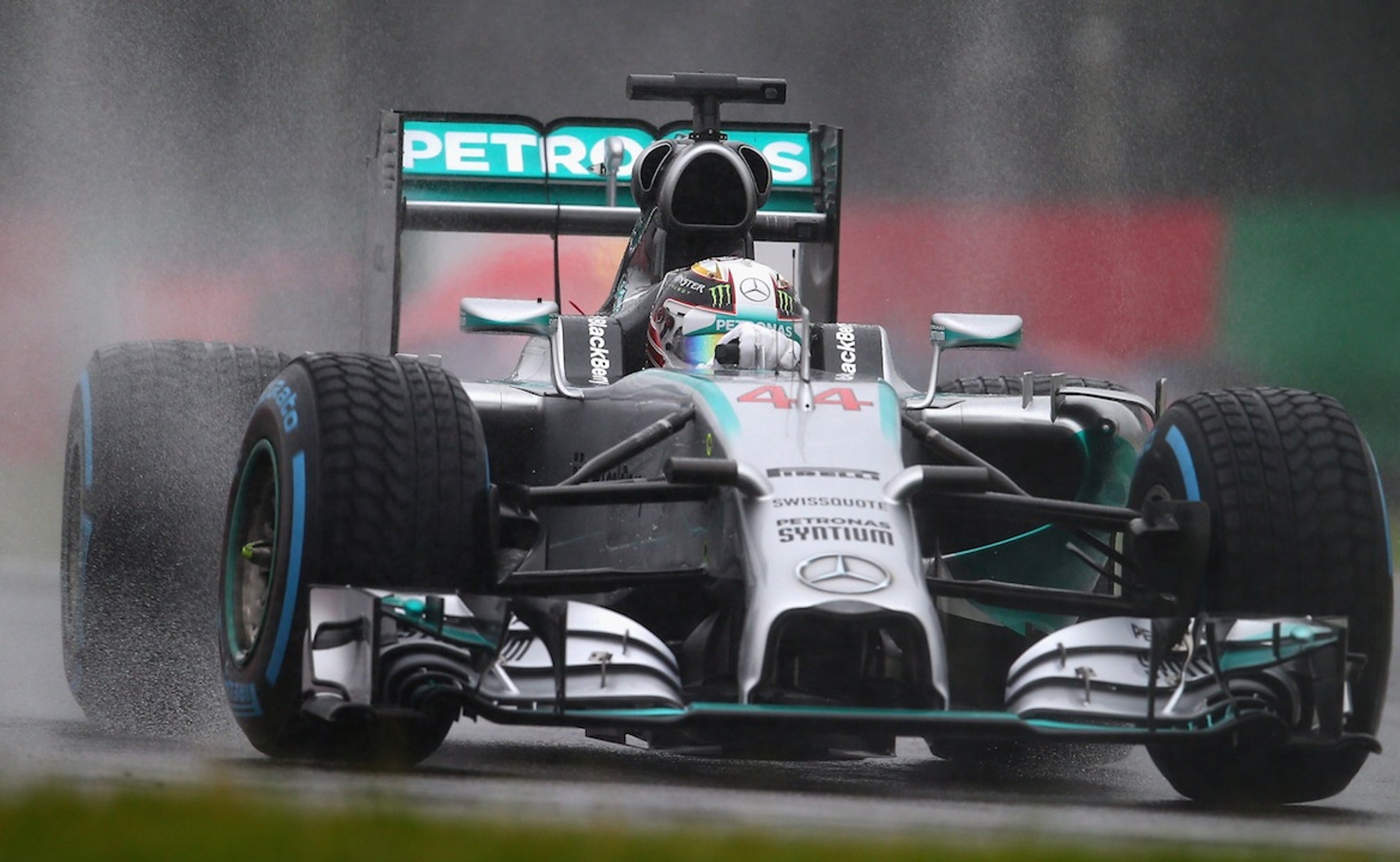 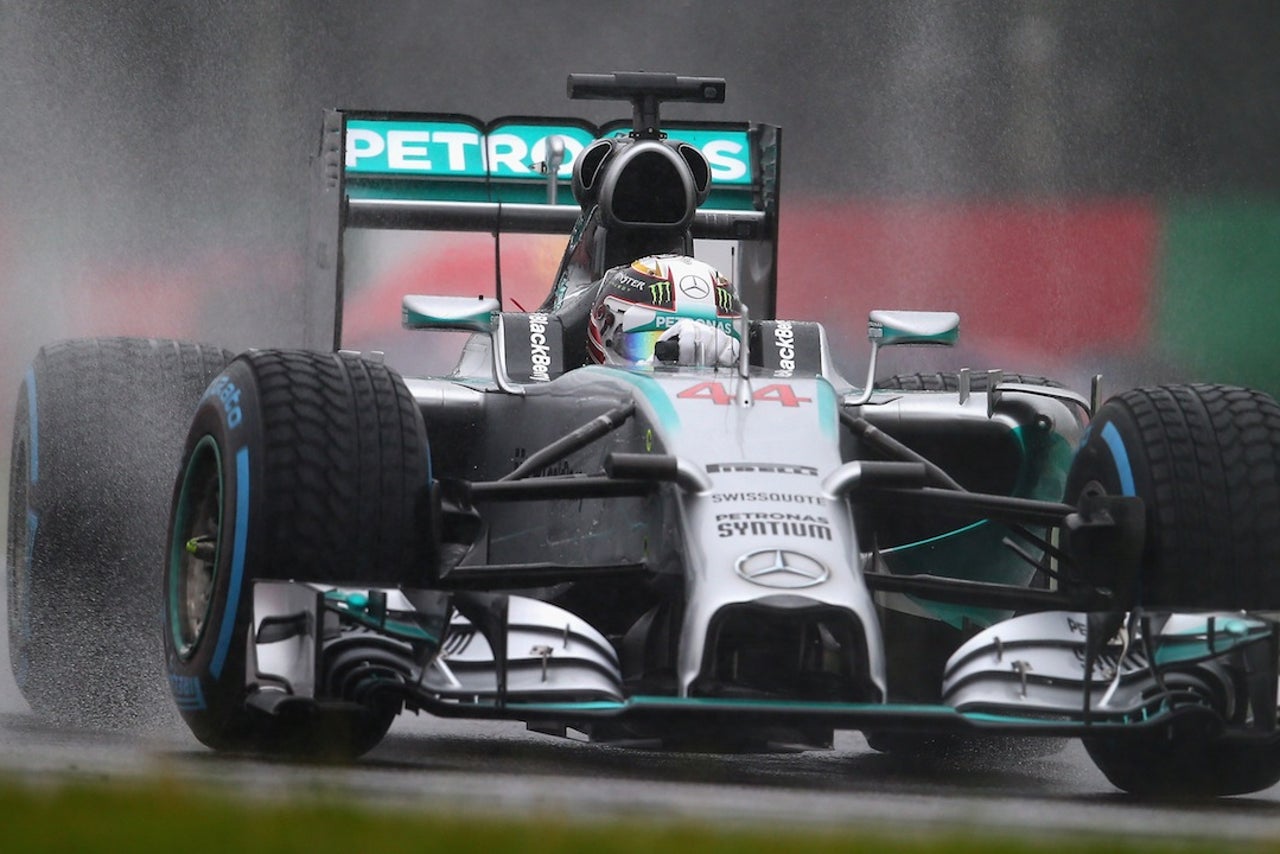 Lewis Hamilton won a rain-shortened Japanese Grand Prix on Sunday, claiming his third straight Formula One victory and widening his lead over teammate Nico Rosberg in the race for the drivers' championship.

With Hamilton leading Rosberg, a red flag came out on the 44th of 53 laps due to a crash involving Marussia driver Jules Bianchi. Race officials elected not to restart the race and Hamilton was declared the winner. Red Bull's Sebastian Vettel finished third.

Hamilton widened his lead over Rosberg in the race for the drivers' championship but the race celebrations were subdued as Bianchi was taken to a hospital and is in critical condition.

"Our first thoughts go to Jules," Hamilton said. "It overshadows everything else when one of our colleagues is injured and we are praying for him. Next to this, the race result doesn't seem significant at all."

The rain also disrupted the early stages of the race, with the first nine laps run behind the safety car. After the rain abated and the safety car came off, Hamilton did everything possible to gain on his teammate, who started from pole.

Rosberg held the lead until the 29th lap when Hamilton got a better run onto the pit straight and blasted around the outside of Rosberg into Turn 1 to take the lead for good.

The race was stopped after 44 laps after Bianchi crashed at Turn 7. He was taken to a hospital and is undergoing surgery after a scan revealed a severe head injury, FIA spokesman Matteo Bonciani said.

Sunday's race started at 3 p.m. local time. An approaching typhoon led to suggestions that the race should be pushed up to an earlier start but it wasn't.

At the start of the race the rain became heavier and the drivers could only complete two cautious laps behind the safety car.

After a 10-minute delay, the race re-started behind the safety car, but Fernando Alonso's Ferrari ground to a halt with a technical problem. The Spaniard returned to his garage and threw up his arms in frustration.

Red Bull driver Daniel Ricciardo, who is a distant third in the drivers' standings, finished fourth ahead of McLaren driver Jenson Button.

It wasn't the first time rain affected the race at Suzuka. In 2004, Saturday's qualifying session was postponed until race day after torrential rain hit the area.

The next stop on the Formula One calendar is the inaugural Russian GP on Oct. 12, in Sochi, the Black Sea resort that hosted this year's Winter Olympics.

Beginning this year, a win at the season-ending Abu Dhabi Grand Prix on Nov. 23 will be worth 50 points instead of the normal 25 in the hopes of adding more suspense to the season's finale.