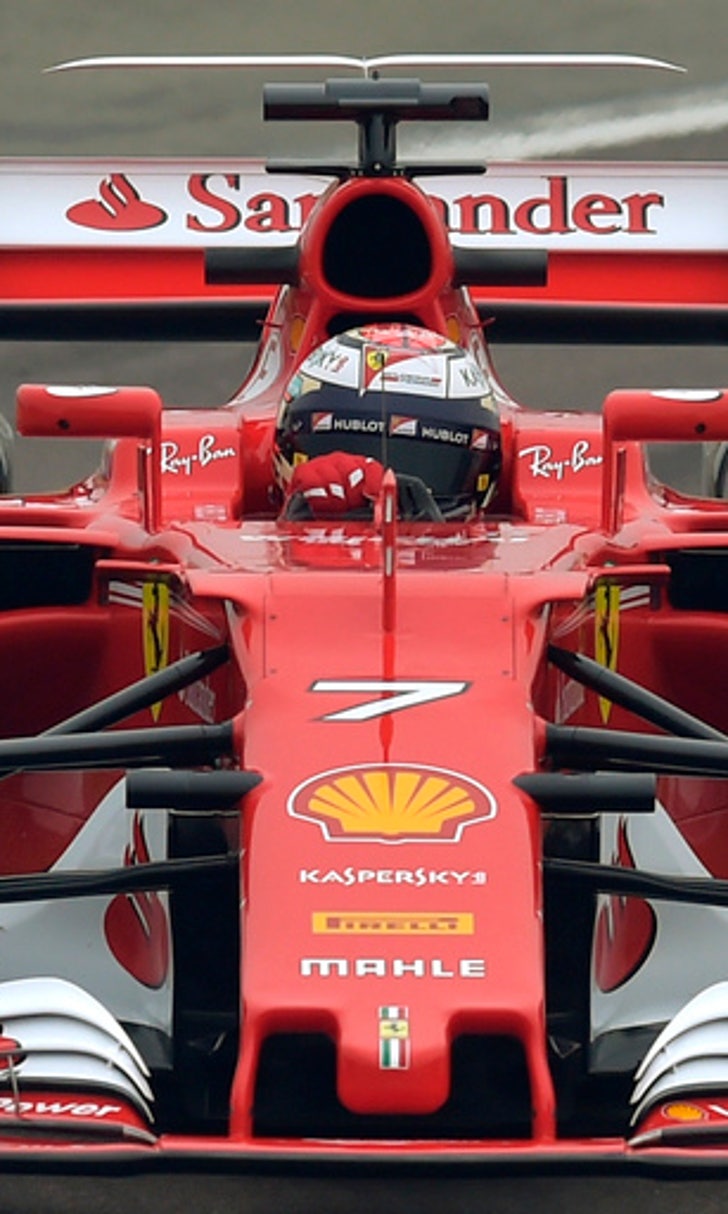 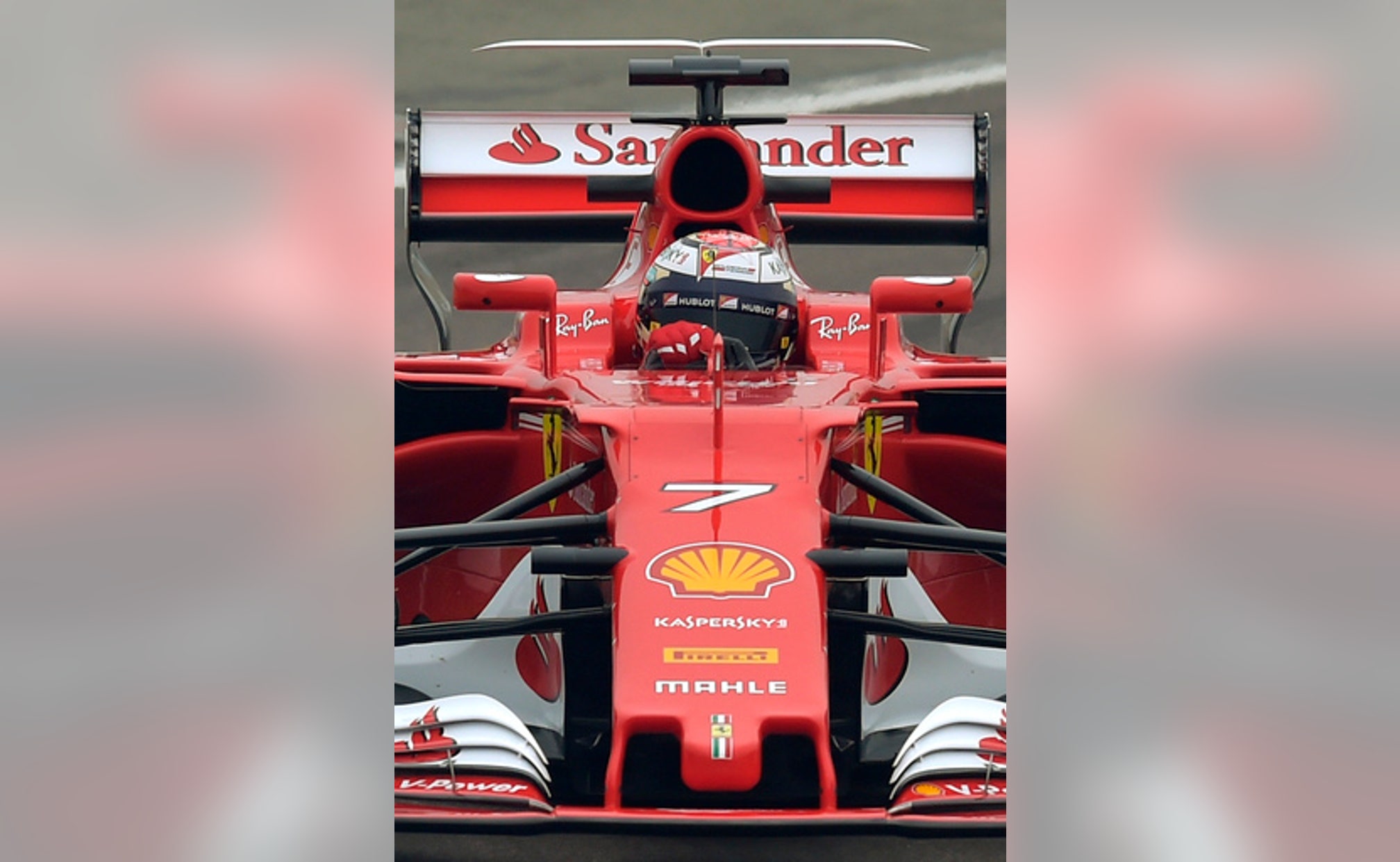 Faster cars set for track in Barcelona ahead of new season

MADRID (AP) Formula One returns to action next week with a test session ahead of a highly anticipated season featuring wider and faster cars to make the series more exciting.

The revamped cars will be on the track in Barcelona on Monday when teams and drivers will get their first real look at what 2017 is going to be like.

''Next week is when we really get to unleash it,'' Lewis Hamilton said after Mercedes unveiled its car on Thursday.

A second four-day test session will take place in Barcelona from March 7-10.

The first race is the Australian GP on March 26.

The season arrives with regulation changes that significantly altered car design and performance in an attempt to attract more fans and increase track attendance and television audiences.

New aerodynamic and tire rules have given the 2017 cars a meaner look, making them wider and boosting downforce and grip. That translates into faster speeds and, hopefully, more overtaking maneuvers on the track. The rear wings are lower and many of the cars will use a ''shark fin'' wing on top of the engine.

''The car is wider, tires are bigger, we have a lot more downforce,'' Hamilton said. ''It's like taking a small propeller plane and comparing it to a Boeing 737. It's got so much more performance on it.''

The bigger and quicker cars are also likely to be harder to drive, putting more emphasis on the drivers' skills and physical conditioning.

Teams are expecting lap times to be three to five seconds faster compared to last year.

''Let's wait and see,'' McLaren veteran Fernando Alonso said. ''I think there is some hope that with these regulations we will improve the show. Next week we will have some answers in Barcelona. But definitely it's a good change for Formula One, something that we probably needed, to have fast and good looking cars.''

The new season will begin without defending champion Nico Rosberg , who retired after winning his first title. Former champion Jenson Button also left, and the Manor team ended, leaving the grid with 20 cars.

Bernie Ecclestone is gone after nearly four decades as F1's boss. In charge now is U.S. sports and entertainment firm Liberty Media, which took over to try to win back dissatisfied fans and make the series thrilling again.

Here are other things to watch for this season:

The changes in regulation could help teams cut the gap on Mercedes, which won both the driver and team championships the last three seasons.

The first test session could give an indication of whether teams such as Ferrari and Red Bull will be able to pose a bigger challenge than in 2016. Williams, McLaren and Force India will be hoping to take advantage of the new rules to challenge at the front. Toro Rosso, Renault, Hass and Sauber will try to be near the front more often.

''Maybe we are not going to win 50 races in three years. Maybe we are going to win a couple of races, hopefully a championship. Maybe not, maybe somebody else has done a better job,'' Mercedes executive director Toto Wolff said. ''It's all back to square one.''

Red Bull, Ferrari and Toro Rosso are keeping the same driver lineup from last season. They're very much the exception.

Valtteri Bottas got the grid's most-desired seat at Mercedes, replacing the retiring Rosberg. Bottas' departure from Williams prompted 35-year-old Felipe Massa to end his own retirement and return to the team.

A few new drivers will be trying to emulate the success of Max Verstappen, who stunned F1 last season by becoming the youngest driver to win a race at age 18.

Lance Stroll, 18, will be replacing Bottas at Williams, while 24-year-old Stoffel Vandoorne comes in for Button at McLaren.

Esteban Ocon, 20, made nine starts with Manor last season and secured a ride with Force India for 2017.

The 22-year-old Wehrlein will not be able to test his new Sauber next week because he injured his back at a racing event last month.

Going back to the orange livery from the 1960s , McLaren will be hoping to win its first race since 2012.

But there are doubts about whether the renewed partnership with Honda will finally start paying off after two disappointing seasons in which the team struggled to contend for victories or even podium finishes.

There was improvement a year ago, but the pressure for better results this season will increase.

(This story has been corrected to show that Mercedes unveiled its car on Thursday, not Friday.)