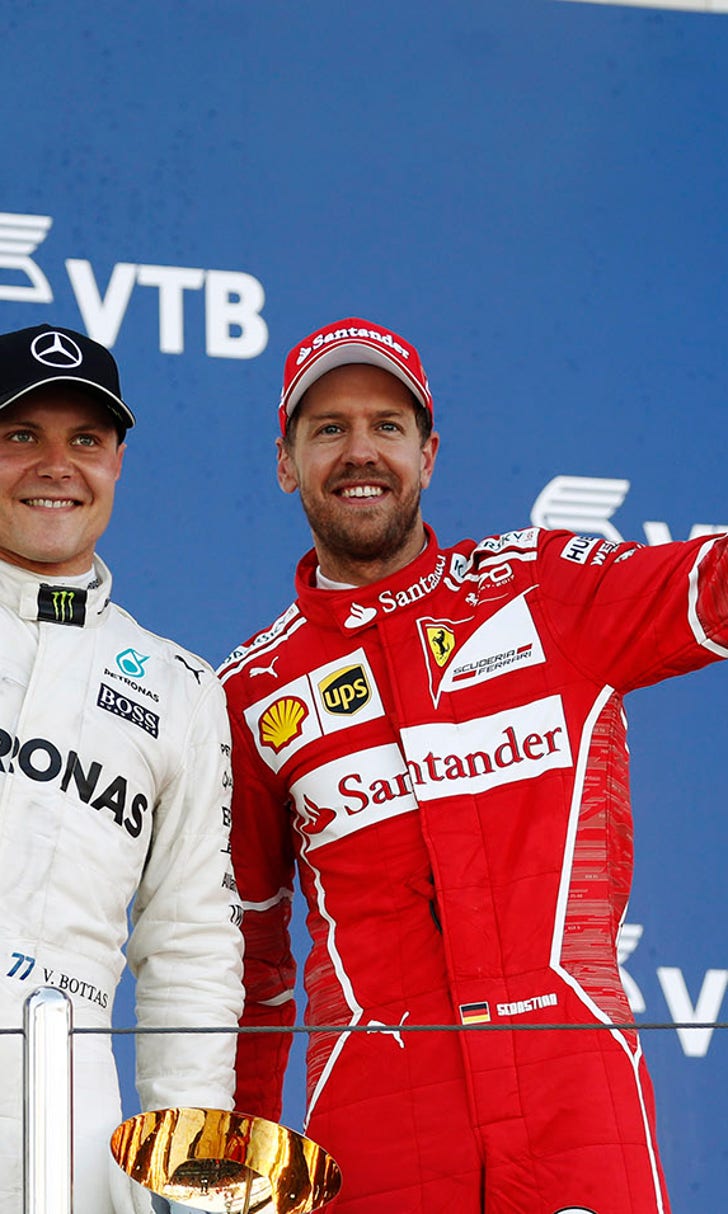 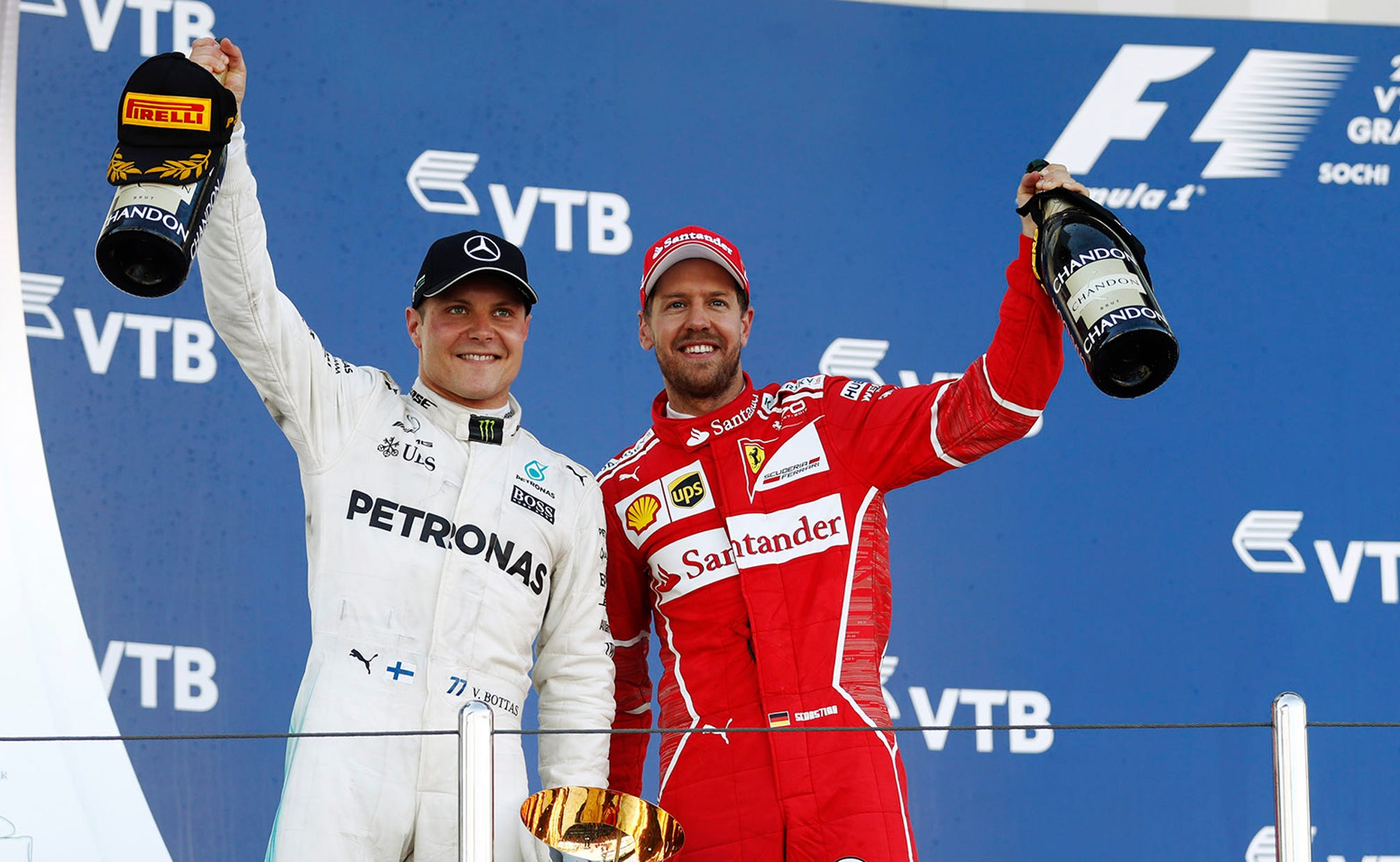 Bottas 'drove better than all the rest of us,' says defeated Vettel 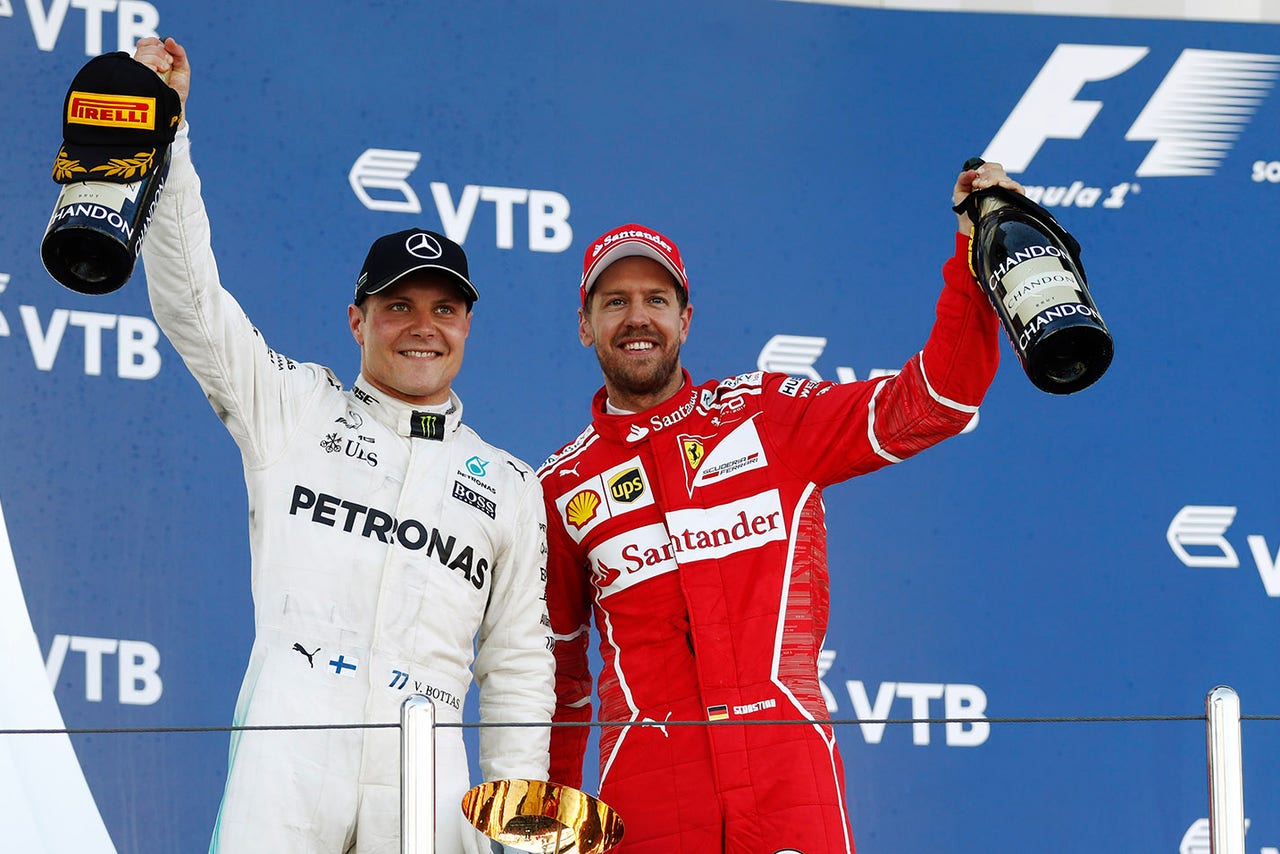 A gracious Sebastian Vettel says that Valtteri Bottas simply did a better job Sunday to score his first career win in the Russian GP.

Vettel was left frustrated after being beaten away from pole, and then just failing to dislodge Bottas in his late charge on fresher tires, having been wrong-footed by a lapped Felipe Massa at the critical moment right at the end.

“I had a good start,” said the German. “I had a look in the mirror, [my start] was I think better than Kimi’s. I saw Valtteri coming and I thought ‘OK, it will be close,’ but it felt like I had a tent dragged behind me, and he was gaining a lot. He was able even before we hit the braking to come back and shut the door. So I did well but nothing I could have done, I had the outside line but nowhere to do so in reality that’s part of where we lost the race.

“And then the first stint: we were just not quick enough to stay with him. In the end of the day we can talk about my race, but today is Valtteri’s day. He drove a fantastic race, he had incredible pace. Also, if you look all weekend where he’s been compared to his teammate, so, he’s done a superb job, it’s his day and he deserves to win today because he drove better than all the rest of us.

“It’s not easy to swallow. I would have loved, obviously, to come back but that’s the way it was today.”

Vettel felt that had he made the better start, he could have stayed ahead.

“Well, it’s difficult to pass, let’s put it that way. I think it would have been difficult for Valtteri to put a lot of pressure on, even though I would say he had superior pace in the first stint. I think if you look at the stint I was struggling in the beginning, then sort of froze the gap and then was able to close.

“Now, if Valtteri’s closer to us, let’s say if we were in the lead, then obviously I don’t know the gaps behind, whether they have changed their strategy or not – but didn’t turn out to be that way but for sure, if we had track position then I think we had the pace also to keep it.

“For the race overall it was a good match, so yeah, the first lap mattered. As I said, he executed the start well, which obviously this year is crucial. It was in our hands so he did a good job and then he drove a very good first stint which didn’t give us the opportunity to put him under pressure and do something around the stop because we were simply too far away.”