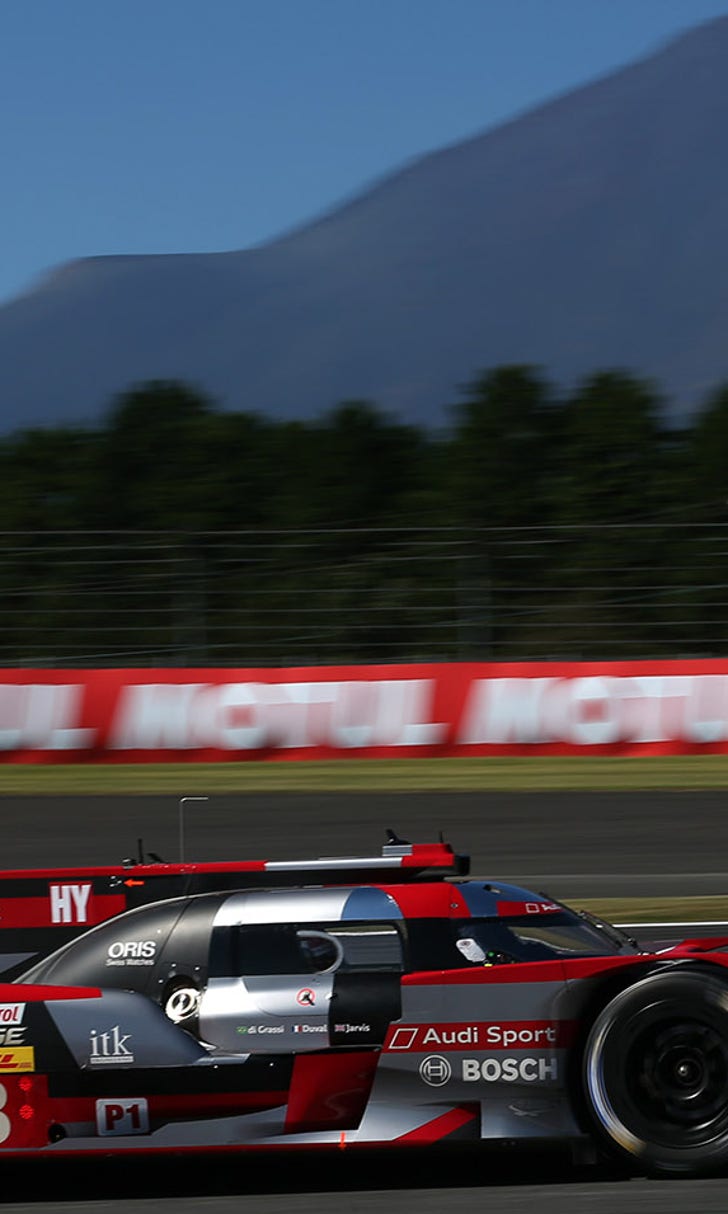 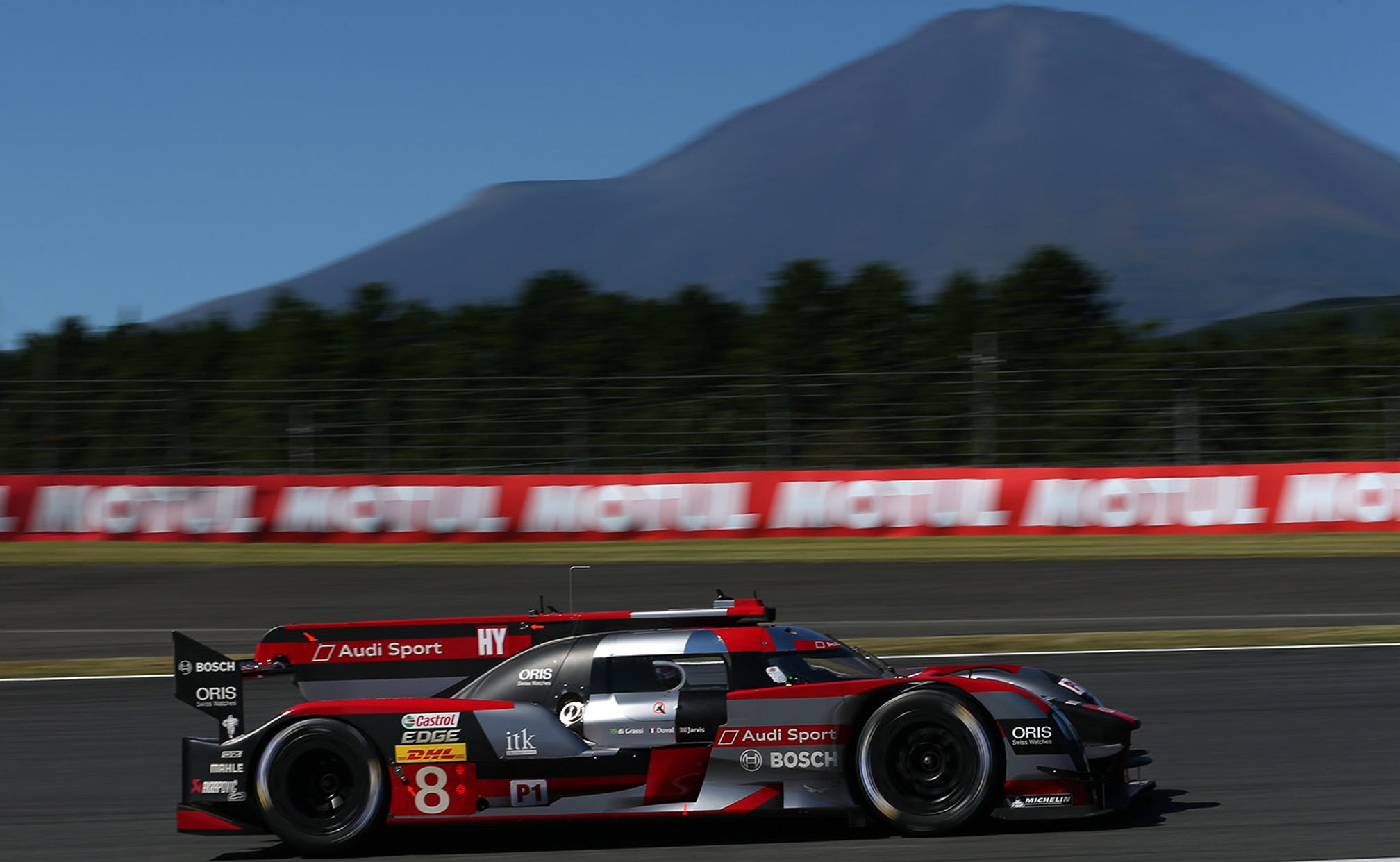 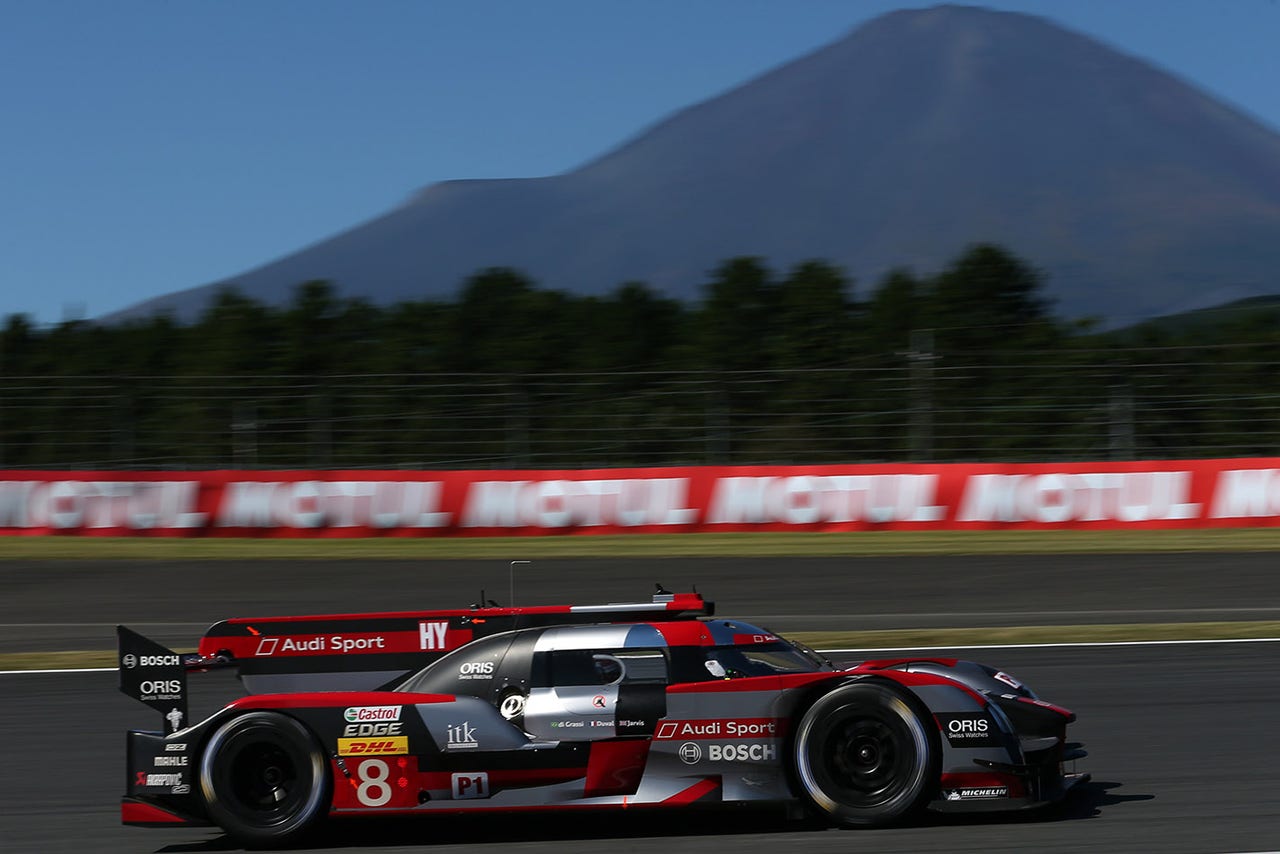 Audi has scored pole for Sunday's FIA WEC Six Hours of Fuji, in a hard-fought qualifying session that saw each of the LMP1 manufacturers separated by less than two-tenths of a second.

The No. 5 Toyota TS050 Hybrid of Sebastien Buemi and Kazuki Nakajima was third, just 0.169 seconds slower than the Audi.

It marked the second pole of the season for the No. 8 crew, which will be completed by Oliver Jarvis in the seventh round of the FIA World Endurance Championship season.

Stephane Sarrazin and Kamui Kobayashi made it both Toyotas in the top-four, in the Japanese manufacturer's home race, with the No. 7 Audi completing the top-five.

The championship-leading No. 1 Porsche of Neel Jani, Marc Lieb and Romain Dumas will roll off from sixth on the grid.

The pairing's 1:31.698 combined time in the No. 26 Oreca 05 Nissan edged out the championship-leading No. 36 Signatech Alpine A460 Nissan of Nicolas Lapierre and Gustavo Menezes by 0.221 seconds.

Rusinov and Stevens, subbing for Rene Rast this weekend, will be joined by Alex Brundle on Sunday.

The No. 30 Extreme Speed Motorsports Ligier JS P2 Nissan qualified a season-best third with its all-new lineup of Antonio Giovanazzi and Sean Gelael, who bumped the No. 42 Strakka Racing Gibson 015S Nissan to fourth.

Stefan Muecke and Olivier Pla combined for a best two-lap average of 1:37.681 in the No. 66 Ford GT, which was only 0.044 seconds clear of the sister car of Andy Priaulx and Harry Tincknell.

It’s the first pole for the UK-based Ford Chip Ganassi Racing after the IMSA team’s class pole and win at the 24 Hours of Le Mans.

AF Corse claimed the second starting row in GTE-Pro, but was already more than three-tenths of the Ford’s pace.

The No. 71 Ferrari 488 GTE of Davide Rigon and Sam Bird put in the third time, one-tenth quicker than the No. 51 entry of Gianmaria Bruni and James Calado.

Following class poles at Nürburgring, Mexico City and Circuit of The Americas, AMR had to settle for fifth and sixth on the grid, with the No. 95 Aston Martin Vantage GTE of Nicki Thiim and Marco Sørensen a half-second slower than the class pole-sitting Ford.

Meanwhile, Paul Dalla Lana and Pedro Lamy claimed their fifth class pole of the season in GTE-Am in the No. 98 Aston Martin.

They set an average time of 1:39.490, which put them more than three-tenths clear from the No. 83 AF Corse Ferrari 458 Italia GT of championship leaders Francois Perrodo, Rui Aguas and Emmanuel Collard.