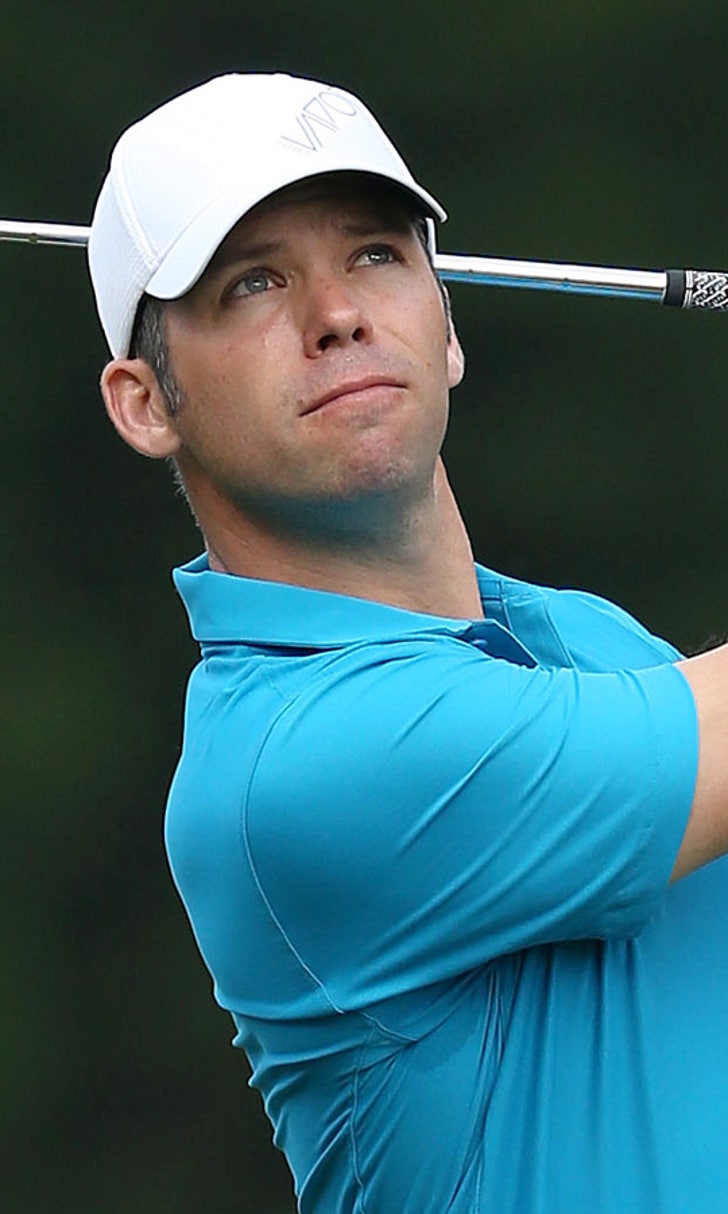 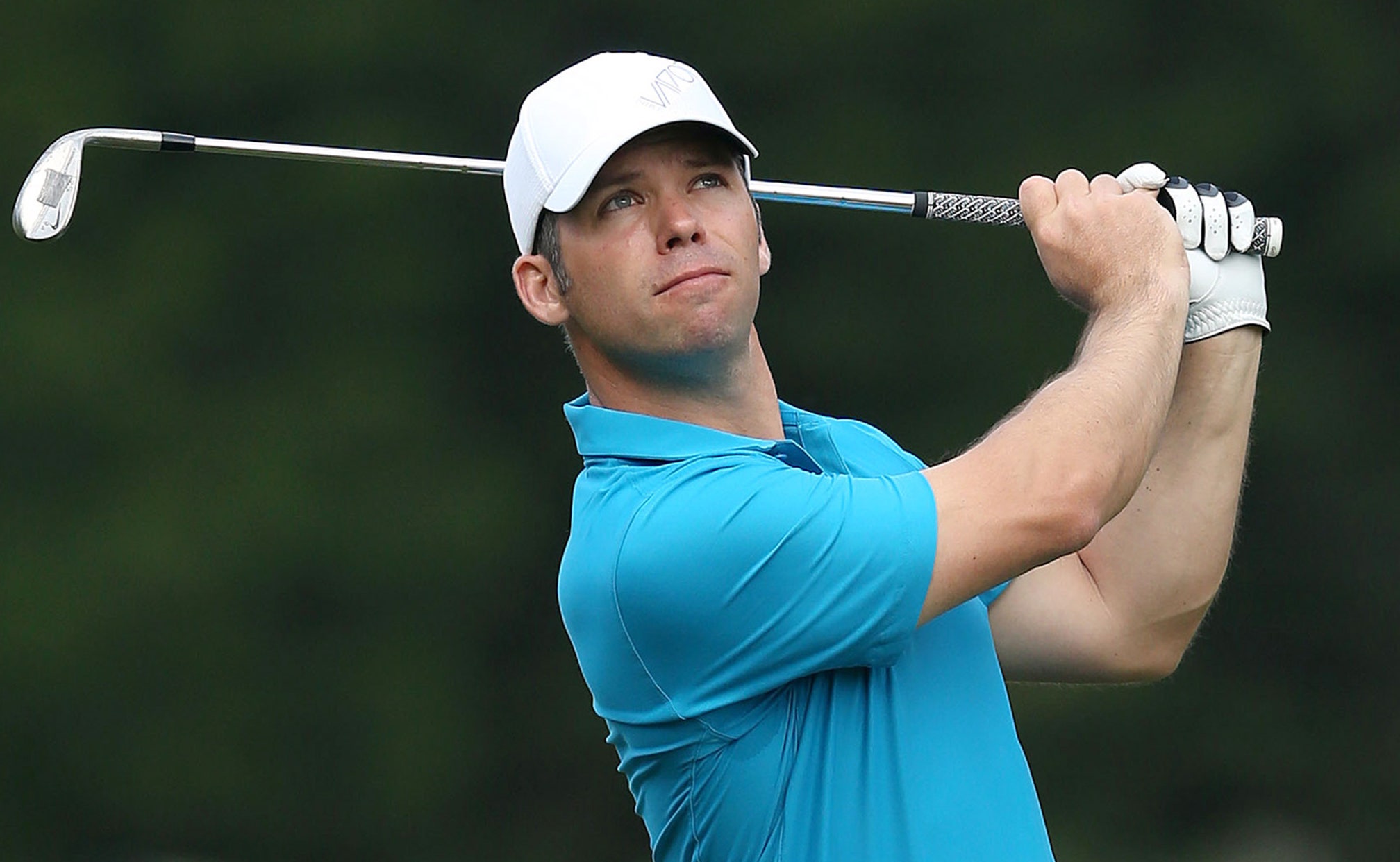 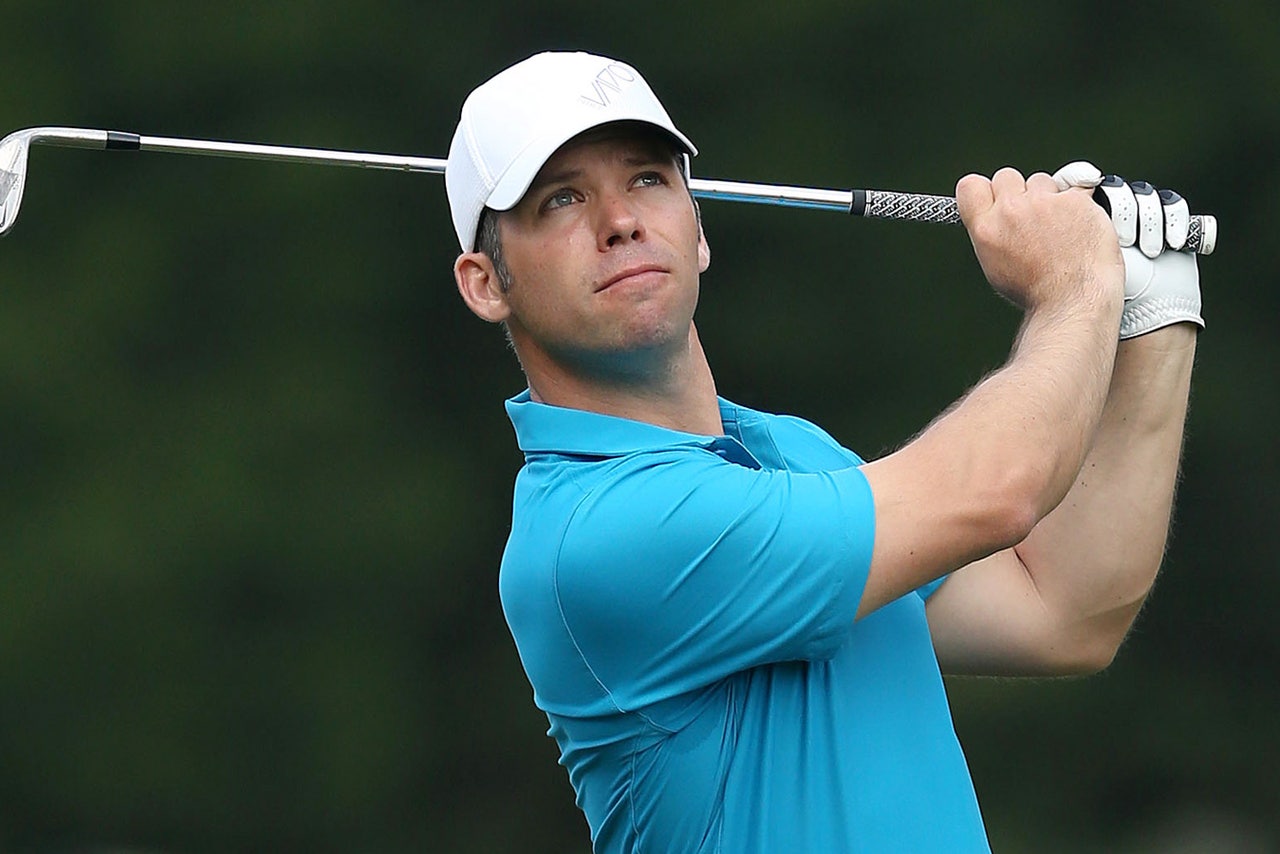 Webb Simpson made his debut with a conventional putter Thursday at the Sony Open and might have wished he had used one sooner.

One year away from the new rule that outlaws anchored strokes, Simpson ditched his belly putter for a regular one for his 2015 debut and ran off eight birdies over his last 10 holes for an 8-under 62 that gave him a share of the lead with Paul Casey.

On a day that made the 144 players feel they were in paradise with sunshine and barely a breeze, Simpson and Casey led the low scoring at Waialae.

What set them apart is how they got there -- Simpson with his conventional putter, Casey with his return to Honolulu for the first time in a decade.

"Today was a big day for me," Simpson said. "I was extremely nervous -- first round on the PGA Tour with a short putter. But I just had a couple (Bible) verses in my yardage book today that I kept reading, and I stayed calm. All thanks to God for giving me strength to just get through today.

"Today was a hurdle I felt like I needed to get over, and just real thankful."

Camilo Villegas would have joined them at 62 except for failing to make birdie on the par-5 18th hole. He shot 29 on the front at Waialae before cooling slightly for a 63. Robert Streb also had a 63, the low score from the afternoon.

Rory Sabbatini had a 64, while Jason Day, Matt Kuchar were in the group at 65. Defending champion Jimmy Walker played in the afternoon and was in the large group at 66.

Casey says he gave up his European Tour membership to concentrate on playing the PGA Tour, spending time with his newborn son and getting his game back into the top 50 in the world. He hasn't played in a Ryder Cup since 2008. He hasn't been in the top 50 in nearly three years.

And that's why it has been 10 years since he has been at the Sony Open. He typically is starting his season in the Middle East.

"For as long as I've been professional I've been a member of the European Tour," Casey said. "For a long, long time now, I've been trying to play both the PGA Tour and the European Tour, and some years I've done it brilliantly, and other years I've failed miserably, and I just didn't want to keep putting myself in kind of a position where I'm struggling to fly around the world."

Playing both tours is easier from inside the top 50, which effectively guarantees four majors and four World Golf Championships. Casey, who won the Dutch Open last year, is now at No. 78.

Simpson said he stopped off in Las Vegas to work with Butch Harmon on his way to Hawaii to make sure he was up so speed with swing changes he made in the fall. But this day was all about his putter. He won the U.S. Open in 2012 with the belly putter, which has been his club since the fall of 2004 when he was at Wake Forest. And he used it last fall in Japan, but there was something about a PGA Tour event that made him nervous.

"It was one of my best putting rounds I've ever had, to be honest," he said. "I've been putting well with it, but it's easy to putt well at your home course playing with your biddies. So today there was a lot of pressure. Didn't sleep that great last night, but had a good morning, talked to my wife, good warmup, and it was big to see a few putts go in early. Real thankful for how the day unfolded."

He made four birdie putts of at least 15 feet on his front nine, a pace that will be tough to maintain all week.

DIVOTS: Geoff Ogilvy made his first hole-in-one on the PGA Tour with a 5-iron from 211 yards on the fourth hole. He said he has made five or six aces on other tours. The ace only helped so much. He opened with a 69. ... Simpson's 28 tied the front-nine record at Waialae set by Toshinori Muto three years ago. ... Of the five Champions Tour players in the field, Kenny Perry led the way at 67, while Paul Goydos shot 69. Vijay Singh had a 71, and Davis Love III and Fred Funk each had a 72. All but Singh are going over to the Big Island next week to start the Champions Tour season. Singh did not get an exemption.