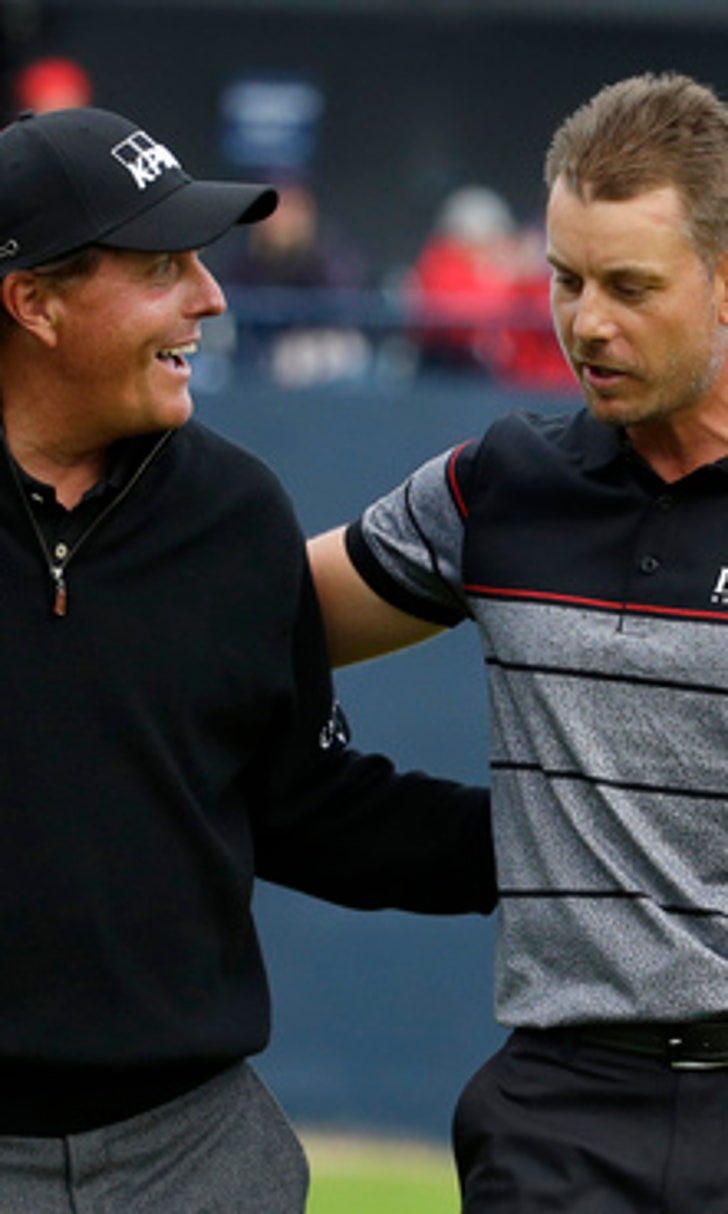 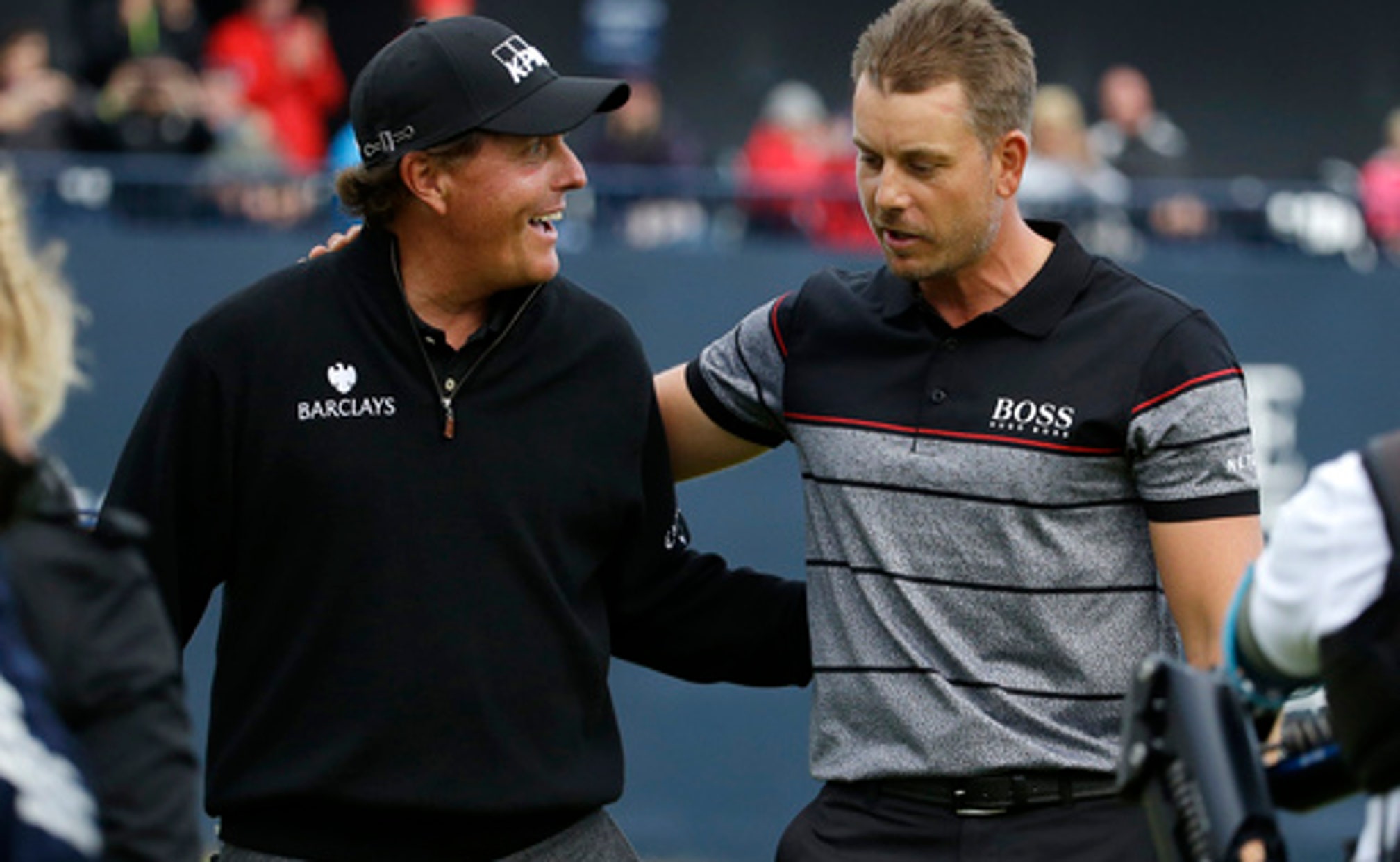 Tough rough: US Open conditions may rob drama from a major

ERIN, Wis. (AP) Remember last year, when Henrik Stenson and Phil Mickelson played a round for the ages, trading birdies and spectacular shots until Stenson finally came away with the British Open title?

First off, barring a long rain delay on Thursday, Mickelson will be absent, attending his daughter's high school graduation in California.

And though Erin Hills, at first glance, may look like the sort of British links course that Mickelson and Stenson tore up last summer, Stenson will be the first to tell you it most certainly isn't.

''Golf at the U.S. Open has always been a bit harder than at the (British) Open or any of the other ones,'' Stenson said.

In the closing round at Royal Troon, Mickelson and Stenson combined for 14 birdies, an eagle and 19 pars, and Stenson won by three shots with a closing score of 20-under par. A few weeks later, at the PGA Championship, Jimmy Walker made a key birdie on No. 17 to outlast Jason Day, who, playing one hole ahead, kept pressure on Walker by making eagle on 18. Walker shot 14 under to win by one. And at this year's first major, the Masters, Sergio Garcia beat Justin Rose in a playoff to close out a riveting day of golf. Garcia and Rose tied at 9 under in regulation.

The last two U.S. Opens, meanwhile, have been most notable for Dustin Johnson's three-putt on the 18th green at a baked-out Chambers Bay, then Johnson's three-shot win last year at Oakmont despite a scoring/rules dust-up that left him playing the final seven holes without knowing the exact size of his lead.

Over the last five years, the average winning score of the other three majors has been 12.2 shots below par. At the U.S. Open over the same period: 3.1 under.

''The U.S. Open, you normally play on golf courses that are tricked up just to the limits, sometimes over the limits and sometimes just underneath,'' Stenson said.

Much has been made about the creation of Erin Hills, built on a 650-acre tract of Wisconsin farmland that was, according to USGA executive director Mike Davis, simply screaming to have a golf course built on it. It was developed specifically with the idea of hosting a U.S. Open.

It's huge, the longest U.S. Open course ever, at more than 7,741 yards (with room to make it even longer). Some fairways are almost wide enough to land a Boeing 767 airliner.

But when the USGA gives, it almost always finds other places to take away.

Already this week, some players were complaining about the depth and stickiness of the rough . That tall, hay-like grass lingering just outside those massive fairways? It's fescue, but not all of it is the typically wispy stuff you see on the edges of British Open courses. The mist floating into the vegetation from the irrigation systems at Erin Hills has made some of it healthier than expected.

Meanwhile, author Ron Whitten, who helped design the course, said among his proudest achievements are the bunkers, most of which don't have flat lies and aren't nearly as well-manicured or maintained as what these players face on a weekly basis. There are 138 of them covering what will be the first par-72 test at a U.S. Open since Pebble Beach in 1992.

The USGA will look at the forecast and try to set up holes to dampen, not exacerbate, the effect of wind that can blow as hard as 30 mph. Davis said it blew that hard last Saturday, and conditions were so extreme that play likely would've been suspended had the tournament been going on because balls on the greens wouldn't stay still.

''We try to make the course exacting,'' Davis said. ''If it's too exacting, we'll be back here in the media center'' to explain why.

It wouldn't be the U.S. Open without some chance of that happening.

It's why Stenson is easing into a week at this monster of a major course, where it's expected to be humid with temperatures in the 80s most of the week. His hay fever is bugging him, too. He played 18 on Monday and will go only nine holes Tuesday and Wednesday. The key to the week for him, and anyone in the 156-player field: ''Patience and pars.''

''It's certainly a tiring week,'' Stenson said. ''But it's all worth it if you stand there with the trophy on Sunday.''