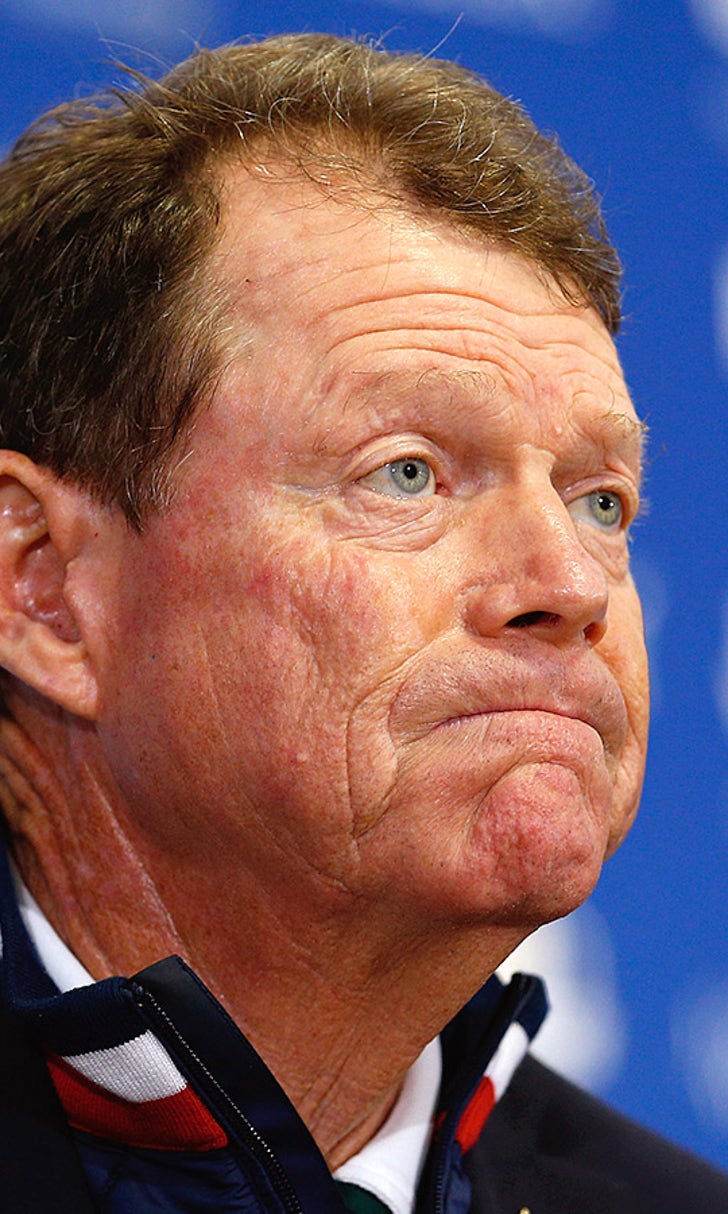 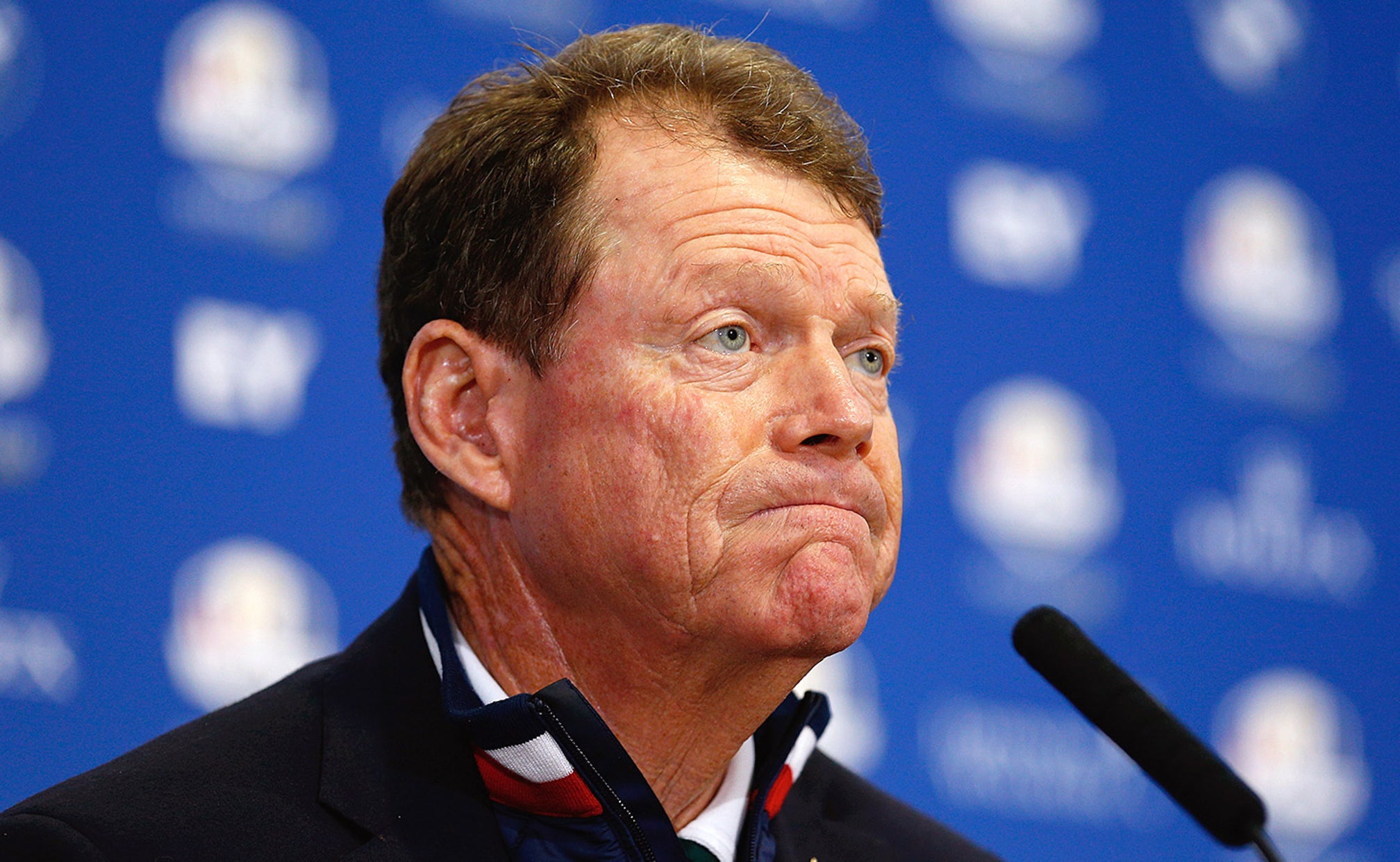 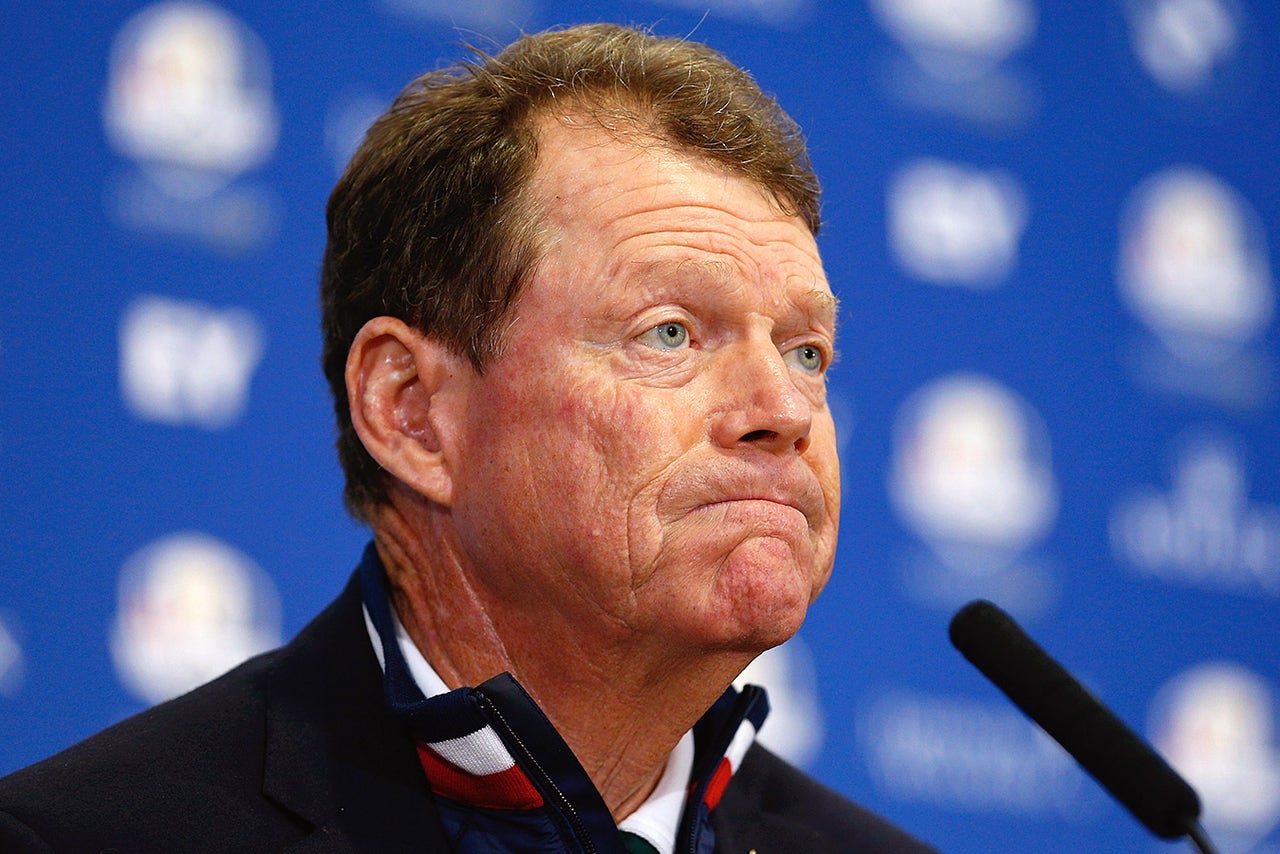 Tom Watson took the blame Saturday for his communication with his players in another American loss at the Ryder Cup, and the 65-year-old captain said he called Phil Mickelson earlier this week to clear the air.

"I regret that my words may have made the players feel that I didn't appreciate their commitment and dedication to winning the Ryder Cup," Watson said in a statement issued through the PGA of America. "My intentions throughout my term as captain were both to inspire and to be honest."

Mickelson indirectly called out Watson in an awkward press conference after Europe's 16 1/2-11 1/2 victory, the eighth out of the last 10 times it has won the cup. Mickelson said the Americans have strayed from a winning formula they had under Paul Azinger in 2008.

Watson was sitting in the middle of his 12 players and said he had a different philosophy.

The statement was issued one day after an ESPN report citing four unidentified people who were in the U.S. team room on the night before the final round. Those people said Watson blamed the players for their performance in foursomes -- Europe went unbeaten in both sessions to build a 10-6 lead going into singles -- and scoffed at a gift from the players by saying it was meaningless if they didn't win.

The gift was a replica of the Ryder Cup the players had signed.

The report also said Watson denigrated some of the European players, and only praised the play of U.S. rookies Jordan Spieth and Patrick Reed.

Watson was the oldest captain in Ryder Cup history. He was the last U.S. captain in 1993 to win the Ryder Cup away from home.

"The guys gave everything. They played their hearts out," Watson said in his statement. "I was proud to get to know each and every one of them."

Mickelson was playing his 10th Ryder Cup -- no American has played more times -- and said the U.S. team was not involved in any decision. He heaped praise on Azinger for his "pods" system that got the players involved when they won at Valhalla in 2008.

Watson dismissed that during the press conference, saying winning the Ryder Cup was not about pods and that it simply took 12 players to win.

The ESPN report said Mickelson was the last to speak during the team meeting, kept his back turned at Watson and tried to rally the players. Europe won key matches early and clinched the cup with four matches still on the course.

Watson said he had a "candid conversation" with Mickelson this week "and it ended with a better understanding of each other's perspectives."

"Phil's heart and intentions for our team's success have always been in the right place," Watson said. "Phil is a great player, has great passion and I admire what he's done for golf."

Watson said the loss at Gleneagles fell to him.

"I was their captain," he said. "In hindsight, whatever mistakes that were made were mind. And I take full responsibility for them."