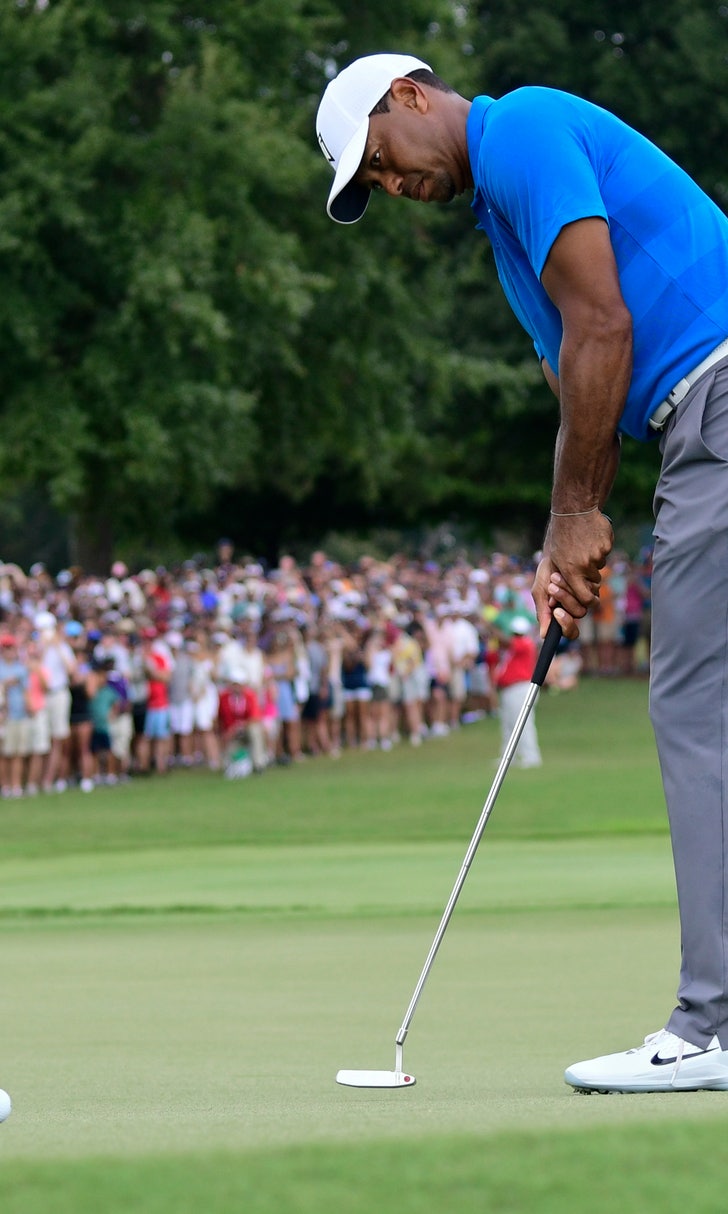 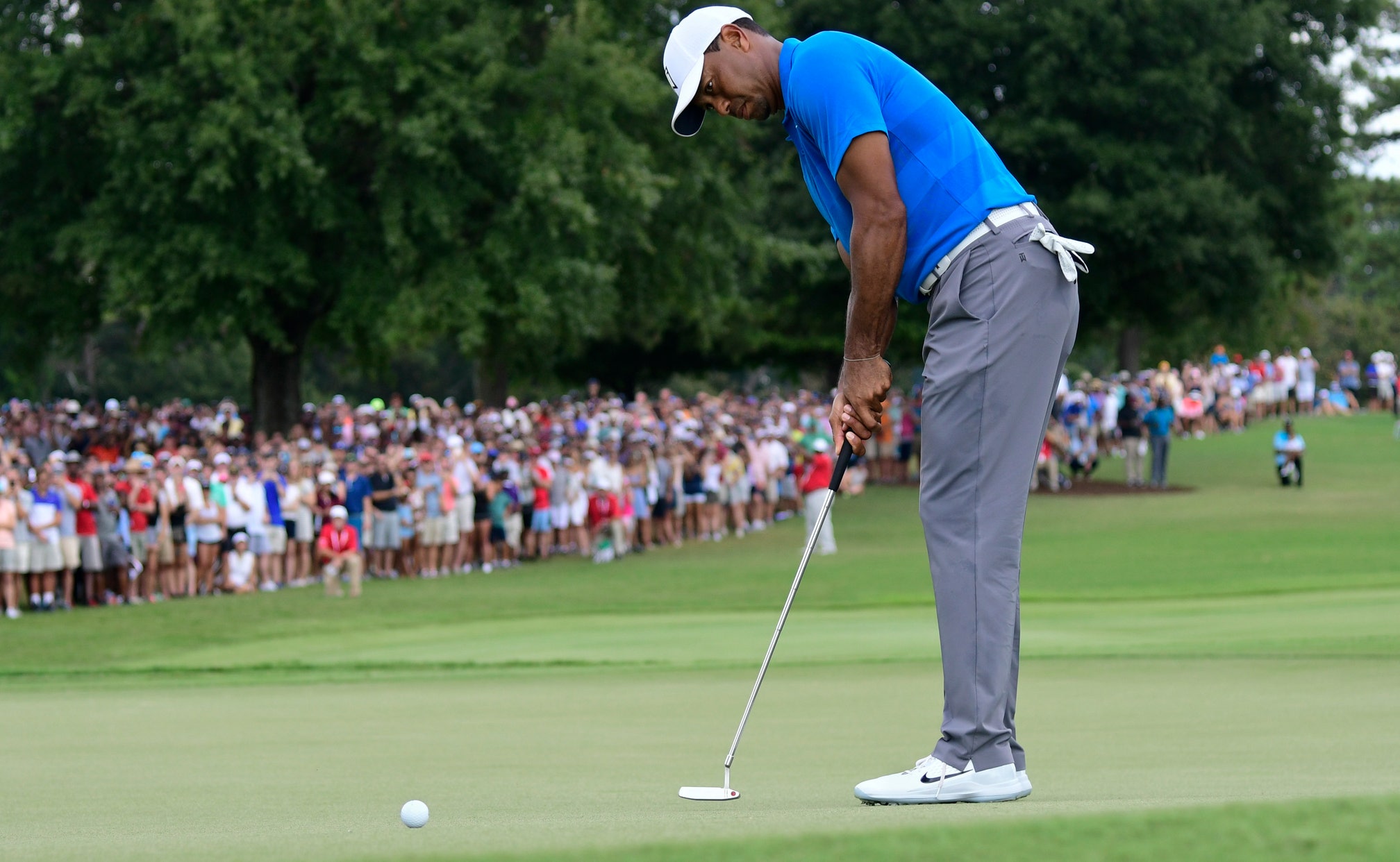 ATLANTA (AP) — The Latest on the Tour Championship (all times local):

Tiger Woods is a winner again, capping off one of the most remarkable comebacks in golf history.

More than five years after his last win, after four surgeries on his lower back that left him wonder if he could ever play again, Woods ended his comeback season with a dominant victory at the Tour Championship.

He nearly won the FedEx Cup, too, until Justin Rose survived a late meltdown with a birdie on the final hole.

But this day was all about Woods, who sent thousands of fans into delirium at East Lake watching the return of golf's biggest star.

Tiger Woods has a three-shot lead with three holes to play, and now the Tour Championship has a few other developments.

Justin Rose, four shots behind Woods as he stood on the ninth tee, has made four bogeys in eight holes and is tied for sixth. If he finishes that way, Woods will win the $10 million prize for the FedEx Cup by winning the Tour Championship.

Dustin Johnson finished with a 67 and is in third place. That might be enough to return him to No. 1 in the world.

So far, it's been a great day for Woods. Not so much for Rose.

Tiger Woods returned to golf last December at No. 1,199 in the world ranking.

Woods dropped one shot after he made the turn, answered with a 12-foot birdie putt on No. 13 and has a five-shot lead with five holes to play in the Tour Championship.

He is playing like he did a decade ago, and the outcome seems familiar with no one putting together much of a challenge at East Lake. Hideki Matsuyama and Rickie Fowler have posted the best rounds Sunday at 65.

Tiger Woods has a five-shot lead and is nine holes away from his first victory in more than five years.

His closest challenger is Justin Rose.

Of the final six players to tee off Sunday, Woods is the only one who was under par for the final round. And he started with a three-shot lead.

Rory McIlroy is in the final group with Woods and went the other direction. He hit a wild tee shot to the right into the tree and made double bogey on No. 7 after a penalty drop, and then hit another drive into the crowd on the right for bogey at No. 8.

Woods still had an outside shot at the FedEx Cup if he were to win, though he would need Rose to post a big number on the back nine.