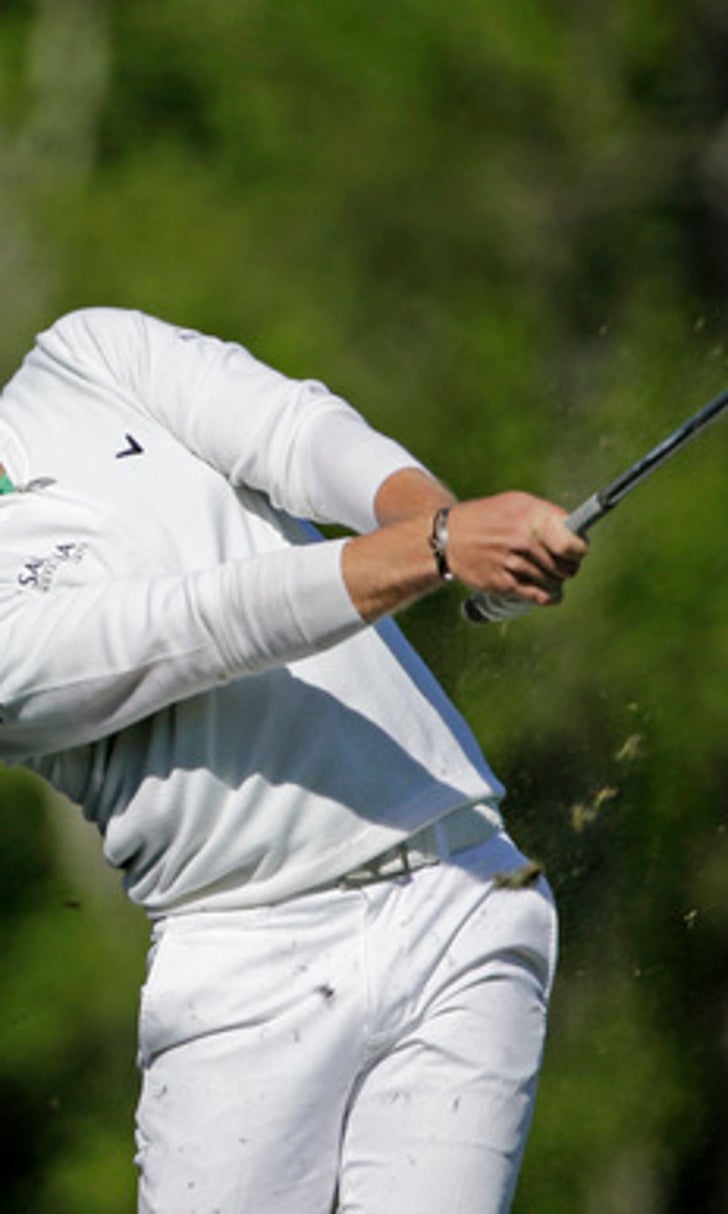 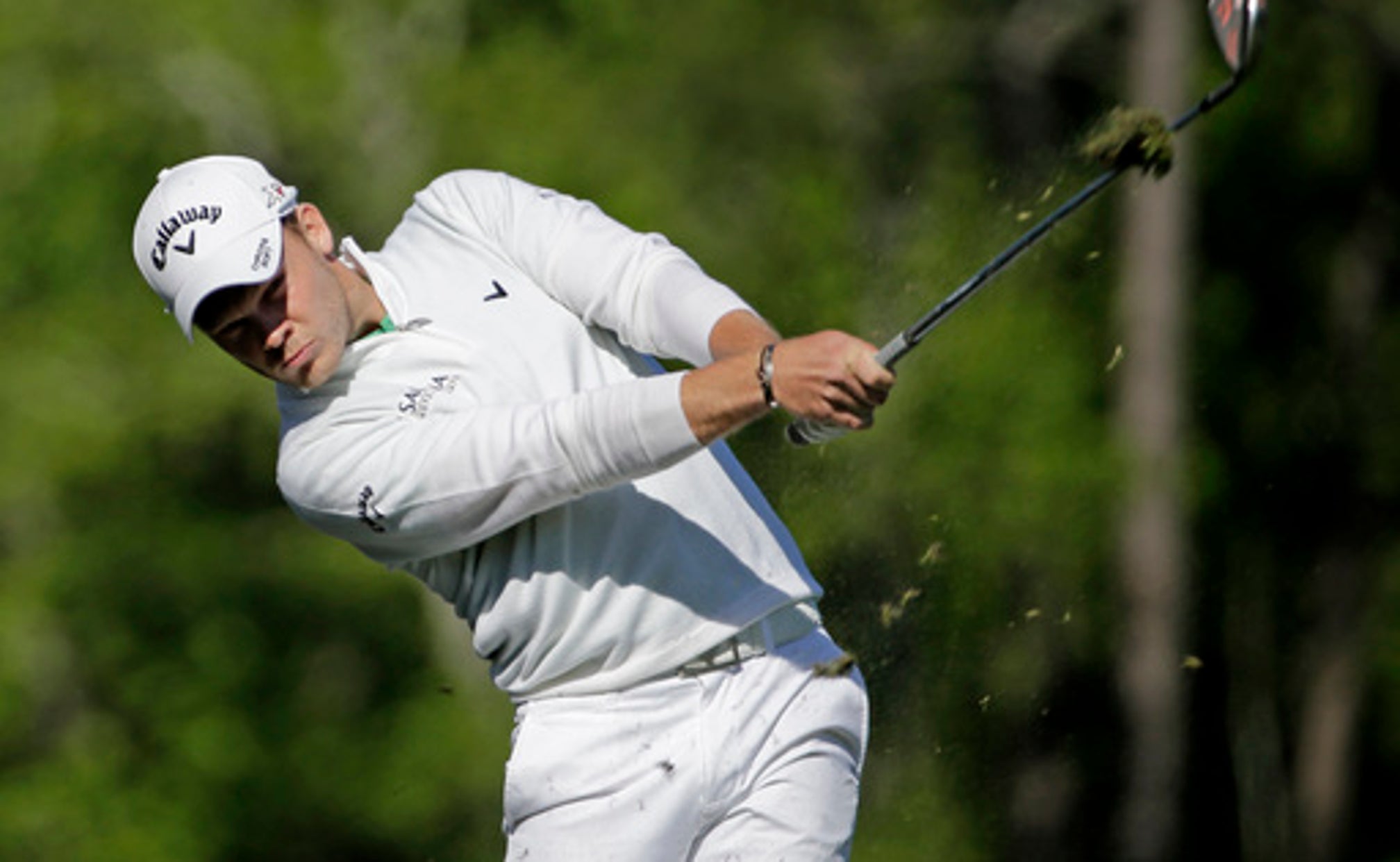 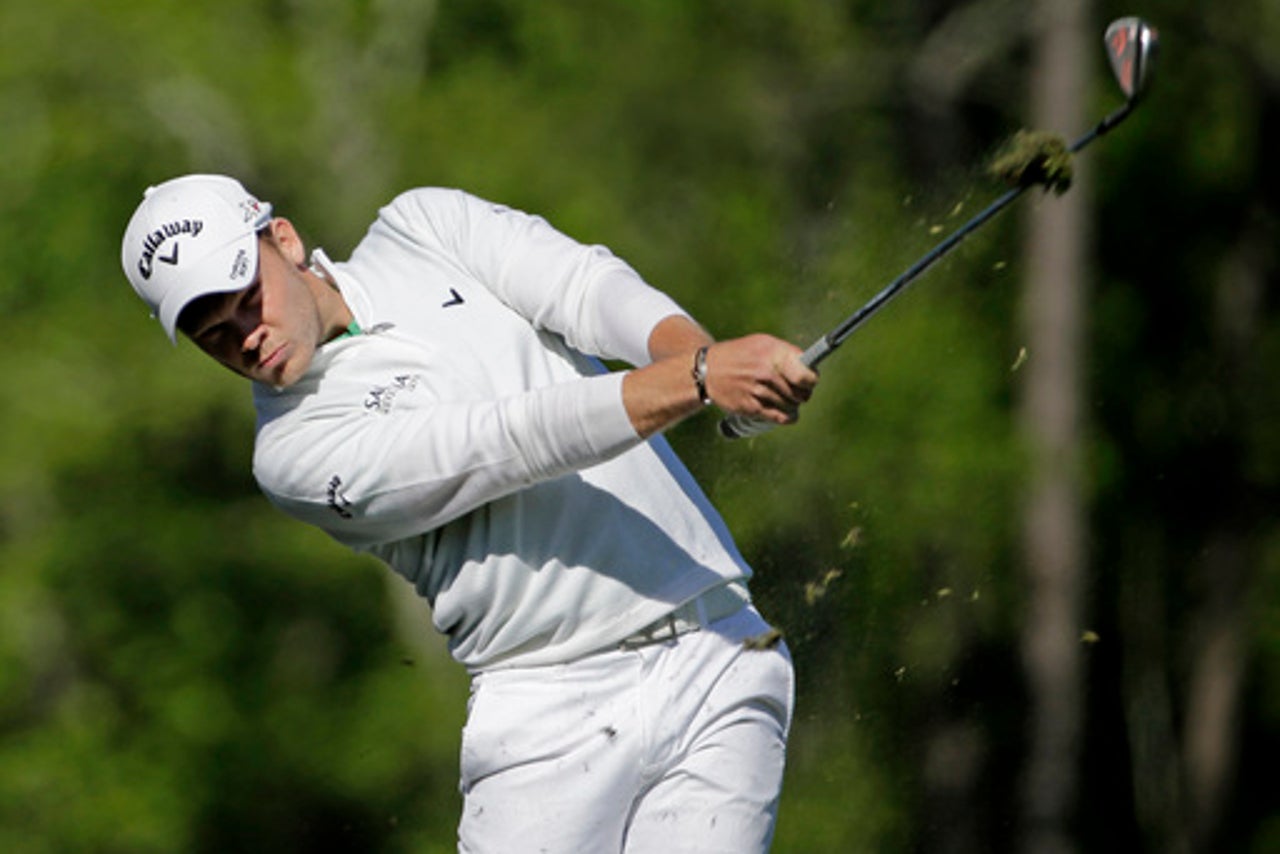 Danny Willett has done all he can do at the Masters.

Now, he'll have to wait to see if it's enough to become one of the most unlikely Masters champions.

Willett shot a 67 to match the lowest round of the weekend, good enough for a 5-under 283 overall and a two-stroke lead at Augusta National.

Lee Westwood is already in at 286, leaving defending champion Jordan Spieth as the only player with a chance to catch the Englishman.

Spieth had a five-shot lead at the turn but totally collapsed on the back side, dumping two balls in the water at No. 12 for a quadruple-bogey 7.

But he rallied with birdies at the 13th and 15th, giving him a chance with three holes still to play.

Danny Willett is heading to the final hole of the Masters with a two-stroke lead.

No one saw this coming.

Jordan Spieth made the turn with a commanding five-shot advantage, seemingly a shoe-in for his second straight green jacket. But the 22-year-old Texan totally fell apart in less than an hour, dumping two balls in the water at No. 12 for a quadruple-bogey 7.

Willett, a 28-year-old Englishman, birdied the 16th hole and made a crucial up-and-down at the 17th to protect his lead.

He is at 5 under overall and two shots ahead of Dustin Johnson. Lee Westwood and Spieth are three shots back.

Jordan Spieth has totally collapsed at the Masters.

It only took three holes.

Spieth made the turn with a commanding five-stroke lead, having closed the front side with four straight birdies. Then, extending his Jekyll-and-Hyde performances of the last two rounds, he bogeyed the next two holes before dumping two balls into Rae's Creek at the par-3 12th hole.

He wound up making a quadruple-bogey 7, suddenly dropping three shots behind the new leader Danny Willett.

Make it a trifecta of holes-in-one at the 16th hole.

For the first time ever, there have been three aces at one hole in a Masters round. Louis Oosthuizen added to the roars on the back side of the course, hitting a shot that actually ricocheted off J.B. Holmes' ball and still managed to drop into the cup.

Oosthuizen threw up his arms and jokingly feigned as though he was going to throw his club into the pond.

The South African joins Shane Lowry and Davis Love III with aces at the 170-yard hole known as ''Redbud.''

It might be time to start measuring Jordan Spieth for another green jacket.

The defending Masters champion has pulled out to a commanding five-stroke lead with four straight birdies to close the front side, including a 20-foot putt at No. 9.

Spieth makes the turn with a 4-under 32 for the round and a 7-under score overall. Danny Willett is his closest challenger at 2 under, and only two other players are under par.

The 22-year-old Texan can join Jack Nicklaus, Nick Faldo and Tiger Woods as the only players to win back-to-back Masters.

Bryson DeChambeau finishes as the low amateur after his third even-par round at Augusta National.

DeChambeau, the reigning U.S. Amateur and NCAA champion, birdied two of his final four holes. That includes the 18, where he had a pair of errant tee shots en route to a triple bogey on Friday.

A big regret was not getting enough rest.

''I was tired today,'' said DeChambeau, who was playing in his last event as an amateur. ''I didn't manage my energy very well at the beginning of this week, and that's just experience. I wish I could change that. I think I'd be in a different position now.''

Jordan Spieth has stretched his lead to four shots at 6 under.

England's Matthew Fitzpatrick has turned in the best round of the weekend at the Masters.

The 21-year-old birdied four of the last five holes for a 5-under 67 that pushed him onto the Augusta National leaderboard.

Fitzpatrick finished at even-par 288 and headed to the clubhouse six shots behind leader Jordan Spieth.

Another Englishman is finishing strong, as well.

Paul Casey is 4 under after a birdie at No. 15 and also back to even overall.

Lee Westwood is trying to get in the mix at the Masters.

He is four shots behind leader Jordan Spieth.

Westwood, a former world No. 1, had the 54-hole lead in the 2010 Masters but lost by three to Phil Mickelson.

That marked the first of four top-10 finishes for Westwood at Augusta.