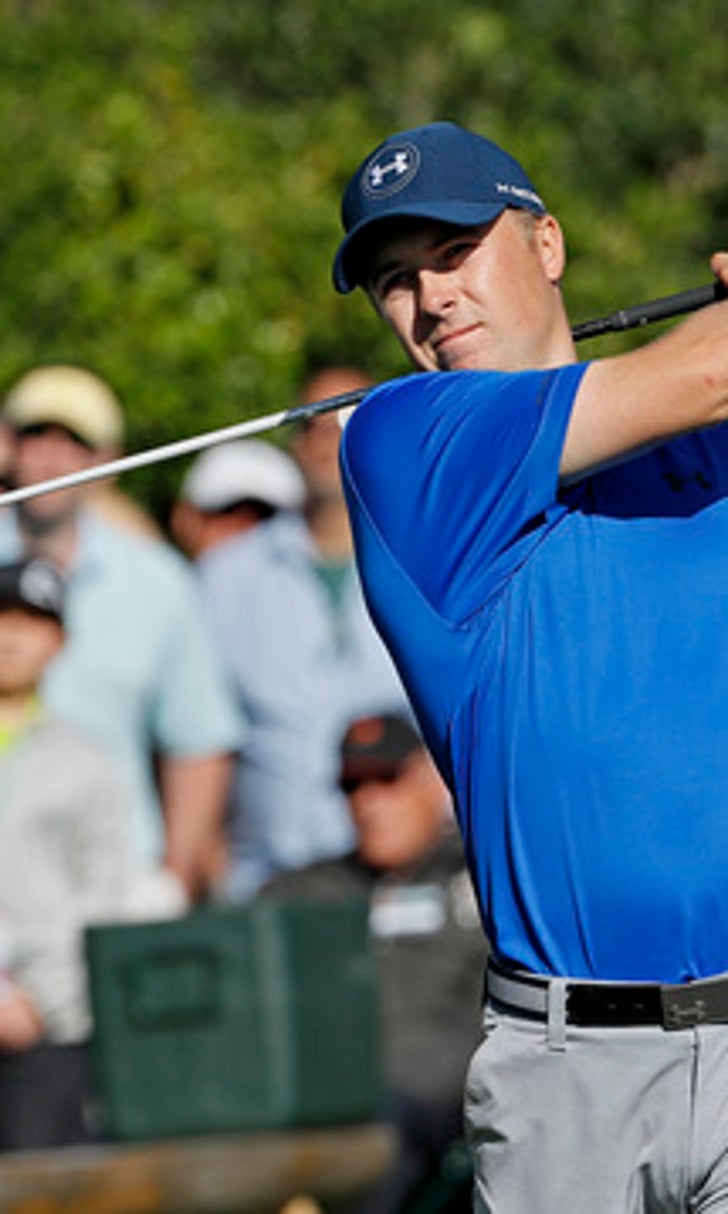 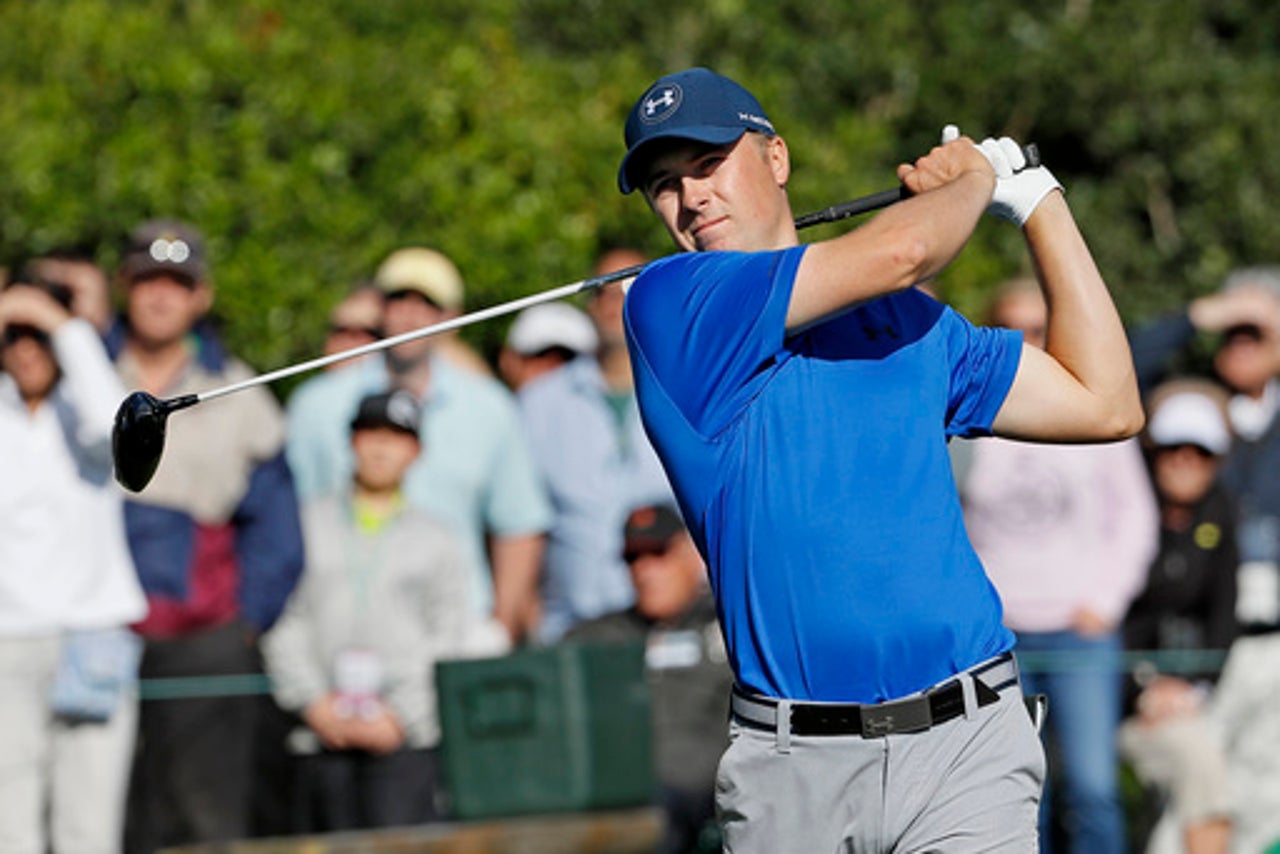 Tom Watson missed the cut and said ''Adios'' to Augusta National as a competitor with the same flair he used to win two green jackets among his total of eight majors. Not surprising, he got a standing ovation from the packed gallery.

With rival Jack Nicklaus, Watson dominated golf in the mid-1970s and `80s.

On his last competitive hole at Augusta National, Watson split the fairway with his tee shot at No. 18 and nearly made birdie there. He had just enough time to check his emotions before family members - led by his son and sometimes-caddie Michael - poured onto the green.

Watson, 66, said earlier in the week that while he'll come back for the annual Champions Dinner, but he was done struggling to make the cut and didn't want to take a competitive slot from any other player, and so it was time to say, ''Adios.''

In a quirky tribute to the late Bruce Edwards, his close pal and longtime caddie, Watson left an egg salad sandwich on the bench at No. 13.

Jordan Spieth used a driving iron and a few pleas to his golf ball - ''Go, go, go, please go!'' - to reach the par-5 15th green in two strokes from 245 yards out and wound up making birdie. That put the first-round leader and defending champion at 6 under, good for a two-shot lead deep in the second round at Augusta National.

However, the Texan still couldn't shake amateur Bryson DeChambeau, who made a birdie of his own and moved to 4 under. DeChambeau, the reigning U.S. Amateur and NCAA champion, reached the back of No. 15 with a metal wood from 251 yards away, but ran a nifty chip shot back to 2 feet and knocked that in.

Two golfers with impressive pedigrees - Rory McIlroy, a three-time major champion just shy of 27, and Bryson DeChambeau, who won both the U.S. Amateur and NCAA titles last year - are closing in on first-round leader and defending champion Jordan Spieth. Both trailed by two shots.

In tough, wind-swept conditions, McIlroy shot 71, becoming only the second player - along with Troy Merrit - to break par in the second round with half the field in the clubhouse. DeChambeau, who is playing alongside Spieth, was 3 under par through 13 holes.

Defending champion Jordan Spieth is anything but typical as pro golfers go, but his up-and-down adventures in the wind-blown second round mirror the struggles being experienced by the rest of the field. Gusts up to 20 mph were the main culprit.

Spieth, the opening-day leader with a 6-under 66, made two birdies in his first three holes before making double-bogey at No. 5. He then made birdie at No. 8, only to give the stroke back at the next hole and make the turn at even-par 36.

Spieth has never shot over par in a round at Augusta National.

He'll have to work to keep that intact. Of the first 36 golfers to make it back to the clubhouse - 40 percent of the field at Augusta National - only Troy Merrit was under par and just barely. He shot 71.

Jordan Spieth has come back to the pack a bit after four-putting the fifth green en route to a double-bogey.

After making two birdies over the first four holes, the double left Spieth at 6-under par. That's still four clear of five players tied for second, including Danny Lee, who was in the clubhouse at 2-under 142.

On No. 5, the defending champion hit his approach to about 50 feet and got the first putt to seven feet. But he rammed the next putt 4 feet past the cup and needed two more to finish.

Jordan Spieth stretched his lead to four early in his second round at the Masters Friday.

With birdies on the first and third holes, Spieth was 8 under for the tournament. None of his pursuers had made a move, and Danny Lee was closest at 4 under after 16 holes.

Scott Piercy, Shane Lowry and Paul Casey were all 3 under, as was Justin Rose, who was to tee off later in the afternoon.

No competitor has been within two strokes of Spieth at Augusta National in his last five rounds.

Ian Woosnam, who won the Masters in 1991, won't compete at Augusta National again.

He made the announcement Friday after a second round 81 - he shot 82 Thursday. On the 18th hole Friday, he hooked his drive off an ice machine in the concession stands left of the fairway, took a drop near the eighth tee box and saved par.

After playing Friday's round in 9-over 81 and failing to break 80 for the second straight day, the 58-year-old Welshman told a small group of reporters he wouldn't tee it up at Augusta anymore. As a winner, he has a lifetime exemption.

Woosnam said the course had become too long and his bad back seized up as soon as he started walking the hilly layout.