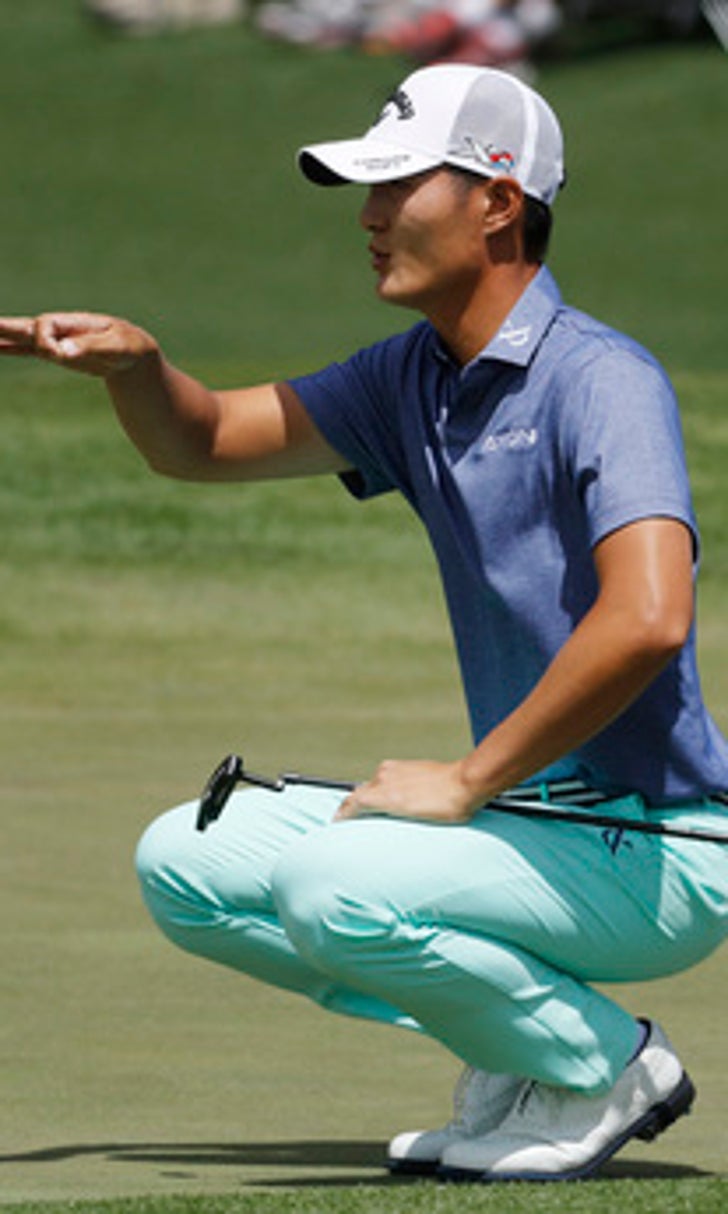 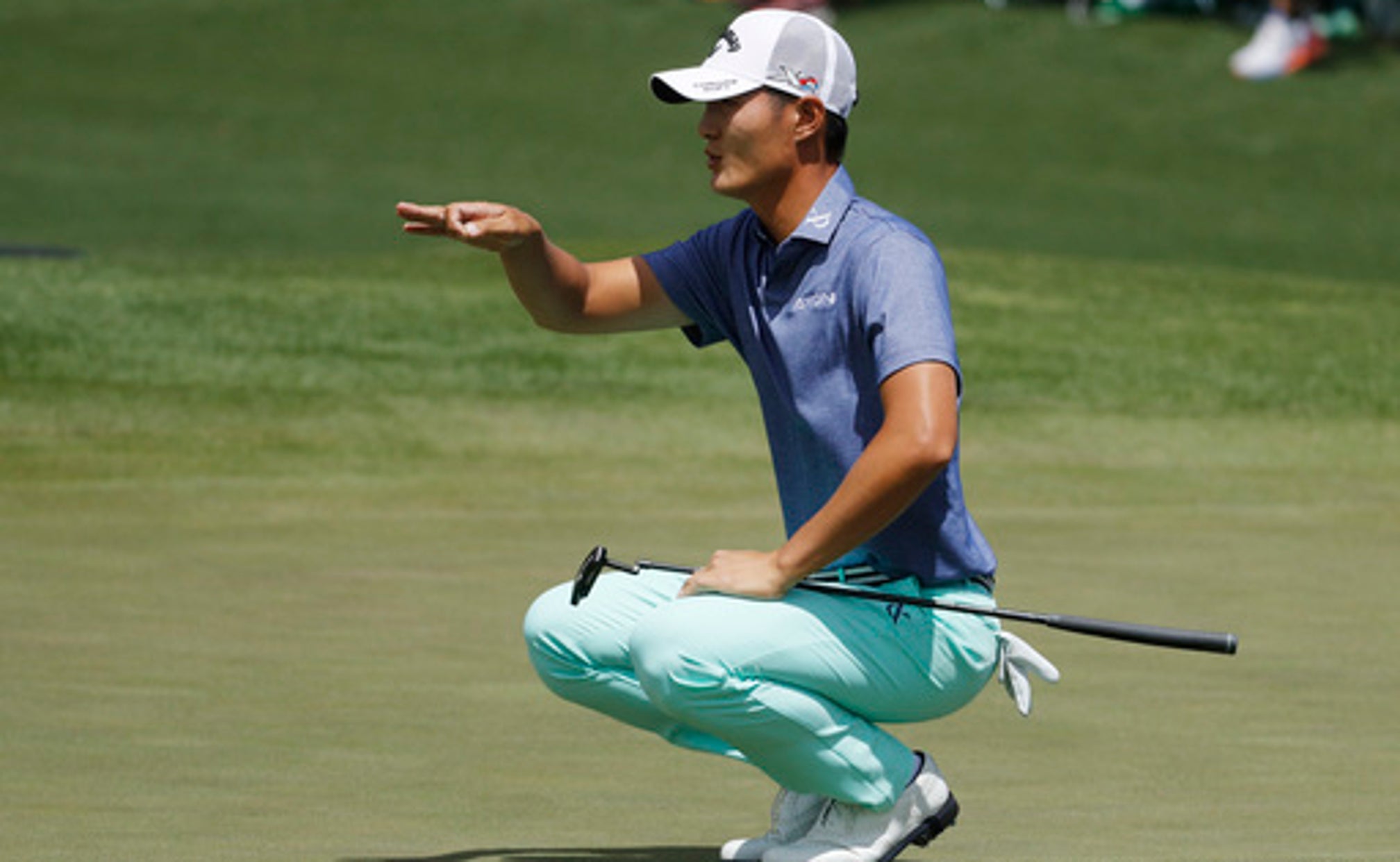 Spieth still leads the Masters, even after double bogey 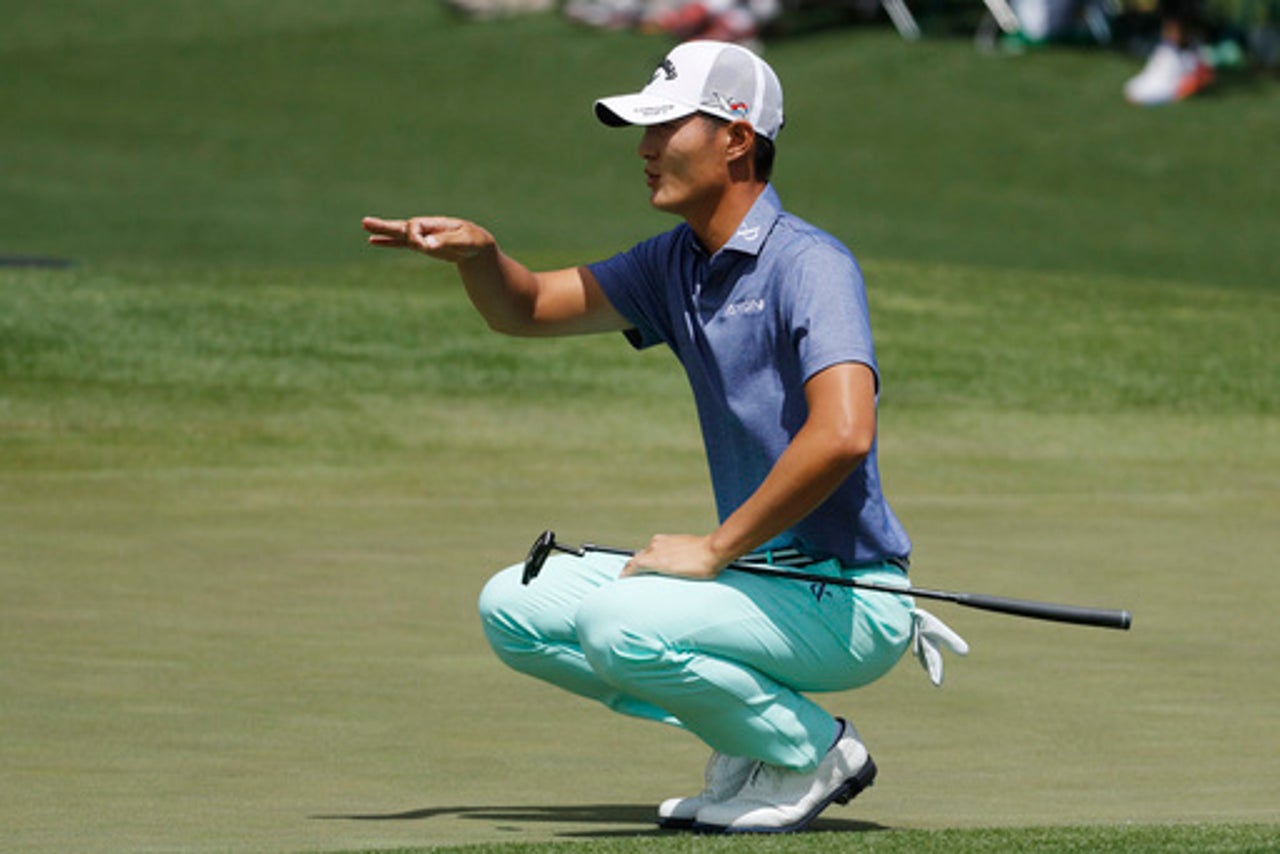 AUGUSTA, Ga. (AP) Jordan Spieth is still comfortably presiding over the Masters, seemingly unfazed by the unpredictable gusts that have confounded many of his rivals.

Spieth hit the course with gusto again just before 1 p.m. Friday, a couple of hours after players like Jason Day and Danny Lee, amid 10-mph breezes from the west raking across Augusta National that were only expected to get stronger. The early return: A 14-foot birdie putt on the first hole that was almost an early ''take that'' statement to the course, the conditions and his closest competitors. He birdied again two holes later to move to 8 under.

After 22 holes without a bogey, Spieth had his first stumble at the fifth hole, four-putting for a double-bogey that dropped him to 6 under. Still, nobody else had been able to close the gap. But he rebounded with a 17-foot par save on No. 6 and a 9-foot birdie on No. 8.

Three players were five strokes back. Among them was Englishman Justin Rose, who dropped a shot with two bogeys and a birdie to start his round.

The South Korea-born Lee, now a citizen of New Zealand, dropped to 2 under with bogeys on the last two holes. It's the 25-year-old Lee's second Masters and first since 2009 when he was the U.S. Amateur champion but failed to make the cut.

Sergio Garcia's bogey-birdie-birdie-bogey start pretty much summed up the havoc that the blustery conditions were creating.

Just not nearly so much on Spieth, who is seeking to become the first repeat Masters winner since Tiger Woods 14 years ago and the fourth overall.

Nobody has been within two shots of him after his last five rounds in the Masters, going back to his wire-to-wire victory in 2015.

Jason Day, the world's No. 1 player, bogeyed the final hole and is 1 over through two rounds. He came up short of the green, then missed a 3-foot putt.

Other big names were also struggling.

Two-time Masters champion Bubba Watson was facing an uphill battle to make the cut after falling back to 6 over.

Ernie Els managed a mere double bogey on the first hole after an embarrassing quintuple bogey a day earlier. He bounced back to finish with a 73 but remains at 9 over.

Tom Watson, the 66-year-old making his final Masters appearance, likely needs a strong finish to make the cut. He was at 6 over - hovering around the cut line - through 10 holes Friday, recovering from back to back bogeys on Nos. 4 and 5 with a birdie at the sixth.

He'd be the oldest to make it to the weekend at the Masters.

It could be the final go for another former Masters champion as well.

Welshman Ian Woosnam, the 1991 winner, announced after failing to break 80 for the second straight round that he wouldn't compete in the Masters again.

The 5-foot-4 former champion, known by many as ''The Wee Welshman,'' says he is hanging it up in the Masters at age 58.