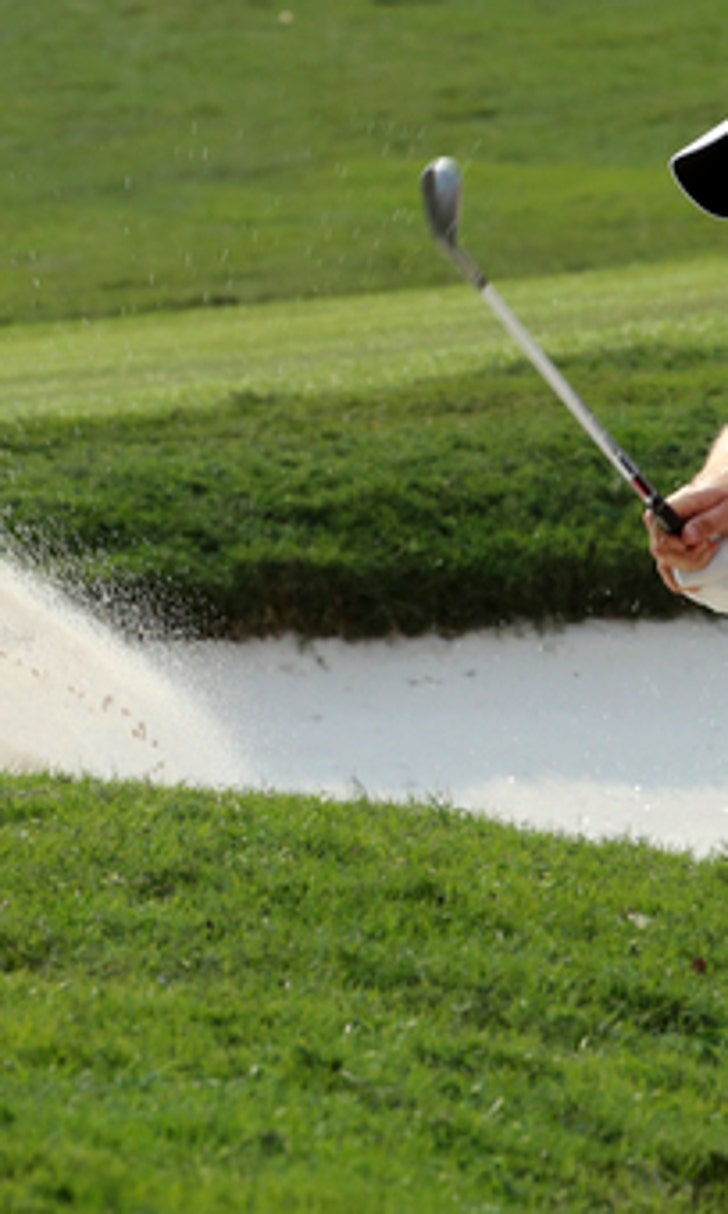 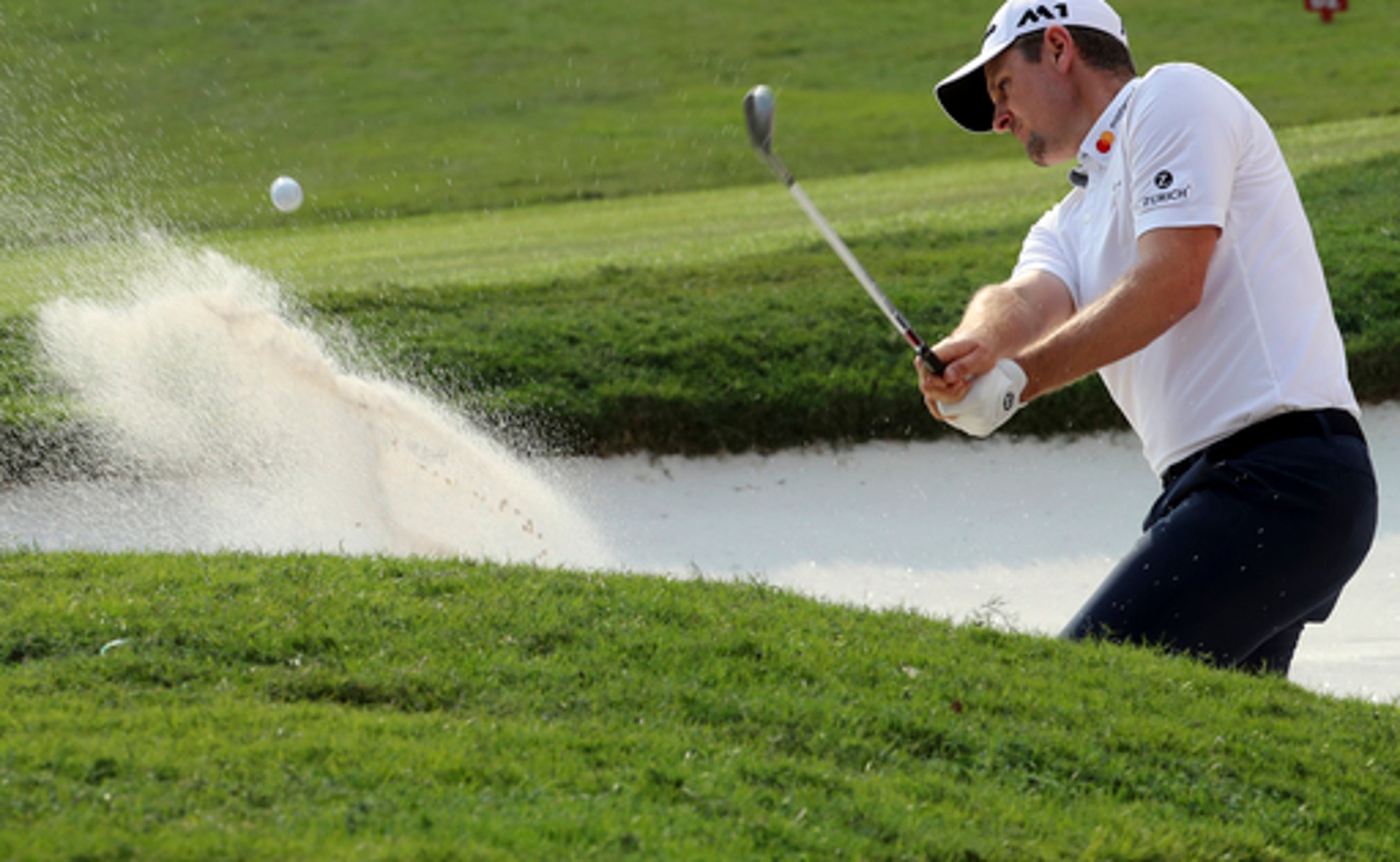 SHANGHAI (AP) Justin Rose posed with the trophy from the balcony high above the 18th green at Sheshan International, a moment that didn't seem possible.

He started the final round eight shots behind Dustin Johnson, the No. 1 player in the world.

''The beginning of the day, I was playing for second,'' Rose said.

The HSBC Champions turned into a shocker in Shanghai when Johnson went into the PGA Tour record books for all the wrong reasons.

Instead of becoming the first player to win three World Golf Championships in one year, he tied a record for losing the largest lead in the final round. Six shots clear of the field, Johnson didn't make a single birdie on a wild, wind-blown Sunday for a collapse that even Rose didn't see coming.

Only when he saw a leaderboard behind the 14th green and realized he was three shots behind did Rose think he might have a chance. He got up-and-down with a tough bunker shot for birdie. He made a 10-foot par save at the 15th to stay in the game. He birdied the next two holes.

As Rose was signing for a 5-under 67, he looked up and saw Johnson's last hope for eagle on the 18th tumble off the side of the green and into the water.

''It's the kind of day you certainly don't expect,'' Rose said after his two-shot victory. ''It's the kind of a day you hope for - dream for - but a lot of things need to go your way in order for a day like today to happen, coming from eight shots behind, especially going against a player like DJ.''

Johnson certainly did his part. He shot 77, his highest final round with the lead since an 82 at Pebble Beach in the 2010 U.S. Open.

''I just could never get anything going and didn't hole any putts,'' Johnson said. ''It was pretty simple.''

It was simply stunning.

Johnson matched the record for losing a six-shot lead, most recently by Sergio Garcia at Quail Hollow in 2005, most famously by Greg Norman in the 1996 Masters.

The one-man show turned into a four-man race in the final hour, and Rose seized on it with a 31 on the back nine. He finished at 14-under 274. Johnson tied for second with Henrik Stenson (70) and Brooks Koepka (71), who also had their chances.

Only two other players in PGA Tour history have come from more than eight shots behind on the final day to win - Paul Lawrie (10 shots) in the 1999 British Open and Stewart Cink (nine shots) at Hilton Head in 2004.

''It was the perfect type of weather conditions to make a comeback,'' Rose said. ''This is the type of day when you are playing with a lead, every hole seems difficult. Obviously, someone is still capable of playing a special round of golf. And my back nine was just amazing today.''

The signature shot was a 5-iron he purposely threw up into the wind on the par-3 17th and watched it land some 3 feet behind the hole. That gave him the lead over Stenson, and no one caught him.

Stenson, who tied for the lead with a two-putt birdie from just short of the 16th green, ballooned his tee shot on the 17th and was well short and to the right, leading to a bogey. Koepka was within one shot of the lead until the wind switched on him at the 15th and deposited his shot into a plugged lie in the bunker. He blasted out to the fringe and took three putts from 30 feet for double bogey.

Rose won for the first time since capturing the gold medal at the Olympics last summer in Rio de Janeiro. He now has won every year since 2010.

The HSBC Champions sure didn't look like a tournament where he would keep that streak going, not when he was eight shots behind going into the final round against Johnson, who has been No. 1 in the world since running off three straight victories against strong fields in the spring.

Nothing went right for Johnson.

He made bogey on No. 1. He drove into the water on the par-5 second and had to scramble for bogey. Still, he made the turn at 15 under and had a three-shot lead, and he was driving it down the middle and long on every shot. He fell apart on the par-5 14th, when he chunked a short iron for his second shot and had to get up-and-down for par, bogeyed the 15th from the bunker, and then hooked an iron into deep rough on the 16th.

His flop shot was a yard short of being perfect. Instead, it went into a bunker and he made another bogey.

''That wind was blowing hard,'' Stenson said. ''On this golf course, if you hit the wrong shot at the wrong time, it's going to penalize you. Certainly it penalized DJ a number of times today. That's why he came back to the rest of us. I played pretty strong, and then I hit one bad shot with possible the wrong club on 17. That kind of ended my chances to win the golf tournament.''

Rose won his second World Golf Championships title - the other was at Doral in 2012 - and moved to No. 6 in the world. Johnson gets a month off to consider one that got away from him in an ugly manner.